Recently, I have been lucky enough to get my hands on the Olympus flagship camera, the OM-D E-M1 MK II to take along with me on my latest trips. First of which was to New Zealand, followed by 3 weeks exploring Italy, Ireland and Croatia. While I normally shoot a large full frame, I was curious as to how the Olympus would perform for me in this respect, especially visiting such diverse places, from vast landscapes and mountains to huge cities, rich with beautifully grand historical buildings and structures.

I soon realized I was using it  much more than the large camera I normally use for such things. The fact that I could pack so light for day trips and evenings out and not have to worry about lugging around so much gear, and better yet, leaving the tripod back at the hotel. Thus, allowing me and my girlfriend to feel like we were really on holiday and not just carrying around heaps of equipment, which clearly isn’t necessary when travelling with this Olympus system.

So, it was a win-win, we could relax and I still got to take photographs of these incredible places in great detail while exploring all of the unique features this camera has to offer, and I’ll show you exactly what I mean in my top 5 reasons why this is the perfect camera to travel with

Having a smaller camera system has many benefits when travelling, for me though there are 2 that stand out. The first one you will come across is a problem most photographers have, that is the 7kg hand luggage limits on most flights these days, with the Olympus I was able to have my Camera, 12-40mm & 40-150mm lenses as well as my drone and laptop, and it wasn’t a problem.

The second advantage, one that when I am travelling with my girlfriend and not wanting to make it such a hassle for both us lugging a large camera bag and tripod everywhere and actually just enjoy the places we are travelling, is that when we were in Europe I often just grabbed the Olympus and 12-40mm and that was all I needed especially when we were going out for dinner or wandering around a city. Shots like this shot from Positano, Italy, were taken at dinner and was a 4 second handheld (I will explain how this is possible later on).

The OM-D E-M1 Mark II is a great camera alone, but with the added extra features packed into this system that you won’t find on other cameras, it really takes things to another level.

Hi-Res mode is a really handy feature when you want to capture as much detail in your scene as possible, producing 80mp RAW files from it’s 20mp sensor, It does this by taking 8 rapid shots moving by 1 pixel each shot and combining them in camera to really bring your scene to life with an 80mp RAW. There is limitations to this, as you will need your tripod or a flat surface at least that isn’t moving, movement between shots will cause blur in the final image so you need it to both be a still scene and the camera has to be still too. But if you can do this you will end up with incredible detail right up there with the top DSLRs of today.

Focus stacking having the ability to focus stack in camera to get your whole shot in perfect focus will really make your images stand out.

Live time exposure Watch your long exposure photos expose in front of your eyes and stop it when are you happy with how much light you have let in. Really handy for Seascapes, Cityscapes and light trails.

Live Composite is a feature I had never seen or even heard of before, similar to live time exposure, you can see on your LCD screen how your shot is looking at all times and stop when you like, except that in live composite you set up a base shot with the correct exposure and then it will take images in the same settings as your base shot and stack them, the only thing that will change from your base shot is any extra light you decide to let in. I haven’t used this too much but I have seen it in action and produce some amazing results at vivid festival in Sydney. The one time I have tried it, As seen below I managed to create a star trail over Perth city with 60 x 30 second exposures and using the Nisi natural light filter to cut out as much light pollution as possible.

My favourite thing about this camera is the stabilization that makes shots which would have been previously impossible without a tripod, an absolute breeze. The Built-in 5-axis sensor-shift image stabilization for movie and still photos has changed the way I travel and I never want to turn back. It has 5 stops of mechanical stabilization in the body, you can add more electronic stabilization too.

Previously the longest hand held exposure I had a shot which I was happy with was 1/15th of a second. With the Olympus I have some that are 5-6 seconds, which means less gear to carry, more time spent exploring new destinations and less time setting up tripods etc. Below are some examples of long exposure photos taken hand held on my travels, I am still blown away when I look at these images in playback and zoom into see how sharp they are, even though I can see my hands moving while I am taking the photo

Not only is the OM-D E-M1 Mark II great for photos, it’s great for those of us that like to dabble in video too. Combine the 5 axis stabilisation, which means no external stabilizer is required, plus the ability to Shoot up to 4k30 or 1080 60p and you can really produce some stunning clips. The auto focus produces a really smooth transition when changing subjects and the colours in the clips are crisp and the truest colour I have seen.

Overall I have been pleasantly surprised with how well the Olympus has performed for me and my needs as someone who likes to shoot both photo and video. On top of what I have already mentioned, it has great dynamic range, shoots an insane 60 photos per second, has some of the most natural WB I have ever seen – meaning very little editing is needed to the colours, the portraits I took look great and the DOF and Bokeh was really nice on them too

This article was published on the Olympus Passion Photography Magazine #11 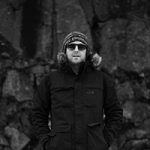 “With a love for nature and travel photography is something that almost comes second nature, While my initial interest in photography came from seeing many of the great ocean photographers images online, and as many others I started out shooting with a GoPro but quickly felt limited and wanted my images to match my imagination so I moved to a DSLR set up. Over the last year since purchasing my first Olympus E-M1 MK II, I have found myself always wanting to photograph different and beautiful places. My photography these days I would say is a mix of Ocean,Landscapes and Astro, with a bit of lifestyle thrown in for good measure . My aim is to grow as a photographer to a level that I would feel comfortable to take that leap to become a full time photographer, and live the life I dream of and enjoy as much of this beautiful world as it has to offer.”

"With a love for nature and travel photography is something that almost comes second nature, While my initial interest in photography came from seeing many of the great ocean photographers images online, and as many others I started out shooting with a GoPro but quickly felt limited and wanted my images to match my imagination so I moved to a DSLR set up. Over the last year since purchasing my first Olympus E-M1 MK II, I have found myself always wanting to photograph different and beautiful places. My photography these days I would say is a mix of Ocean,Landscapes and Astro, with a bit of lifestyle thrown in for good measure . My aim is to grow as a photographer to a level that I would feel comfortable to take that leap to become a full time photographer, and live the life I dream of and enjoy as much of this beautiful world as it has to offer."

Posted on August 15, 2019August 14, 2019by Peter Baumgarten
Disclosure: I am an Olympus Visionary and as such, receive compensation from Olympus America. However, no compensation was paid for this review. I endorse their products because I …
END_OF_DOCUMENT_TOKEN_TO_BE_REPLACED
Categories GEAR

Posted on February 14, 2019March 14, 2019by Petr Bambousek
As a nature photographer and an enthusiastic user of an Olympus camera, I welcomed with high expectations Olympus’ announcement of a new flagship camera E-M1X that would surpass th…
END_OF_DOCUMENT_TOKEN_TO_BE_REPLACED
Categories GEAR, INSPIRATION

My Year with Olympus Cameras

Posted on January 10, 2019January 10, 2019by Sean O'Riordan
In February 2018, I sold my Nikon D750, Nikon lenses and bought an Olympus OMD E-M10 Mk III. I soon after wrote a review of this camera discussing my experiences with it. Soon afte…
END_OF_DOCUMENT_TOKEN_TO_BE_REPLACED