Hello Adrian! Could you please introduce yourself to the readers?
I am a father of three and have worked as an independent management consultant for many years. In 2017 I’ve turned my passion for travelling and photography into my profession. I call myself a landscape, adventure and travel photographer with a focus on volcanoes as remote countries and regions.

“Fire and Ice” – Are you a person with strong emotions and living life in full? Is this why your expeditions are usually in places of extreme heat or cold, whether to climb an active volcano in Indonesia or to photograph an iceberg in Iceland?
Actually, I’m an extremely objective person. My motto, however, is that we only have one life and should get the most out of it within the bounds of our possibilities – regardless of the opinions of others. I am fascinated by the forces of nature, the universe, science fiction and extraterrestrial worlds. I prefer to travel into areas where I feel closest to the origin of our planet, the fascination of life and the universe.

In addition, I like to face new challenges and enter (personal) new territory, such as the first ascent of Kilimanjaro in Africa with an e-bike.

What countries have you visited since you seriously devoted yourself to Photography and, in just a few words, what were the reasons that led you to make the choice of each one?
My photographic career began at the volcanoes of the Kamchatka peninsula in eastern Russia. Since I have been involved in photographic projects in Japan, Ethiopia, Iceland, Mexico, Chile, Iran, Papua New Guinea and Antarctica.

Could you tell the story behind this photo taken in Guatemala and how did you come up with the idea of joining the eruption of a volcano and the star trails, all in one image?
Fuego volcano has been very active during our visit in 2011 with some very violent eruptions and huge pressure waves. The idea of the image, especially the Star Trails, was therefore to show this force in the context of time and the infinity of space. Since the crater was a little lower and thus covered the hottest part of the lava, I was able to work with a long exposure of just over 16 minutes without the lava overshadowing or eating out. I also deliberately chose a large aperture and ISO 125.

If at that time I already had my current camera, the OMD E-M1 Mark II, I would have tried to take such a picture using the live composite mode.

What were you using before moving to Olympus and what advantages did you find in this mirrorless system given the type of photography you do?
I made my first trips with a Canon EOS 5D Mark II. But I used it only on the volcanoes. For the pictures on the way, the stories of the tour it was much too heavy and big for me. But I always had a small compact camera with me, which fulfilled the requirements to the handiness, but not to the image quality.

That’s what finally brought me to Olympus equipment. It’s compact and light, so that I can always have my camera at hand – be it on my bike or when climbing. In addition, I often travel in very inhospitable areas. Fortunately, cold, snow, rain, dust and even the finest ashes are no problem, my camera works and works. I really push my equipment to its limits and have never experienced a single failure! Of course, this equipment also satisfies my demands for image and video quality.

Typically, what’s your camera setup in your backpack for an expedition? Or does it vary according to the destination?

Olympus gear is renowned for its strength and reliability. We saw photos from your camera dipped in mud, snow, sand and water. Most users would not dare submit their cameras to these elements but, tell us the truth, are these devices as tough as they say?
As already described I love to bring my equipment to its limits and in extreme situations as well as to shoot a making of it. All my pictures and videos were taken under real conditions. Which even frightens the Olympus management from time to time when they get to see those footages.

I also do like very much that afterwards I simply have to put the camera under the shower to get it clean again quickly.

Being an Olympus Visionary, do you have the opportunity to try new equipment and give them your opinion? Do you feel that Olympus is a brand that listens to users and seeks to develop products that meet their needs?
Sometimes. For example, I was one of very few photographers worldwide who could test the OMD E-M1 Mark II in advance and to photograph advertising material with it.

Of course, I also give feedback to Olympus in normal use with suggestions and wishes. This feedback is always received with great interest and thanks, but the way from Germany to Japan is very long, so that of course not every requirement of a German photographer flows into an international product.

Nature, Outdoors and Photography have been closely linked for decades. But also sports. Could you tell us about your passion for mountain biking?
Oh, I’m not really a passionate mountain biker at all. With a corresponding training, I started specifically for the Kilimanjaro project. During my Volcanic Seven Summit (visiting/climbing the highest volcanoes on any continent) I wanted to tell the story of a Kilimanjaro ascent in a different way. During the corresponding research, I came across the fact that this mountain is rarely climbed with a bicycle and never with an e-bike. Basically, I just like to travel and try out many different sports – with a clear focus on summer sports rather than winter sports.

In general, I see a big advantage in an e-bike, making possible to transport heavy luggage in rather difficult terrain and thus save long and exhausting access routes.

Have you ever been injured on one of these expeditions? And photo equipment, any major damages?
I seem to have a very good guardian angel. I once fell down a small slope on a mountain bike during a training session in the Alps, but without hurting myself. Otherwise I never got more than a few small scratches, which also applies to my equipment.

Thank you for availability! Before concluding, could you share your plans for your next expedition?
I have to thank you for this interesting interview! Regarding my plans I just have finished my Volcanic Seven Summits project in Papua New Guinea in August. The coming year for me will be dedicated to marketing as a lecture, article and book to be published in April 2019 (also in English!).

In addition I will offer photo trips to Chile/Bolivia as well as to Iran with other exciting destinations like Ethiopia and Kamchatka in 2020 starting in 2019. Regarding my own photographic trips I have not been to an active volcano for far too long. I’d also like to go to Papua New Guinea again and am currently looking for a big follow-up project for the Volcanic Seven Summits. Ideas and cooperations are always welcome. 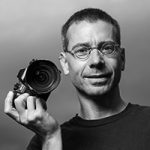 “I am a father of three and have worked as an independent management consultant for many years. In 2017 I’ve turned my passion for travelling and photography into my profession. I call myself a landscape, adventure and travel photographer with a focus on volcanoes as remote countries and regions.”

"I am a father of three and have worked as an independent management consultant for many years. In 2017 I’ve turned my passion for travelling and photography into my profession. I call myself a landscape, adventure and travel photographer with a focus on volcanoes as remote countries and regions."

Posted on May 13, 2020May 13, 2020by Hugo Pinho
Most of my work, what I really like to do, is documentary photography and that usually involves making portraits. But unlike the studio photographer who is able to manipulate ligh…
END_OF_DOCUMENT_TOKEN_TO_BE_REPLACED
Categories INSPIRATION

Posted on May 5, 2020May 5, 2020by Szilveszter Nemeth
Hi Everyone, let me introduce myself:My name is Szilveszter Nemeth. I am from Hungary. I am working as an SAP specialist. I wanted to challenge myself professionally so I moved to…
END_OF_DOCUMENT_TOKEN_TO_BE_REPLACED
Categories INSPIRATION

Posted on April 29, 2020April 29, 2020by Miquel Serra
My name is Miquel, I am 22 years old and I live in Catalonia, Spain. I am a university student, currently doing an Erasmus in Scotland in Business and Economics. My interest in ph…
END_OF_DOCUMENT_TOKEN_TO_BE_REPLACED