Olympus have long been known as producers of sturdy cameras, that is cameras that can take a bit of a beating and won’t break a sweat in the process. That has certainly been my experience with the flagship Olympus E-M1 over the past few months. Previously I had shot with Canon cameras but having grown tired of the weight and bulk, I started to look elsewhere (sacrilege I know). I wanted something smaller and lighter but weather sealed so that I could bring it on our hikes without worrying about it getting wrecked.

Gemma had picked up an Olympus E-M5 a few weeks earlier and I was very impressed with it. When an E-M1 came up on Gumtree with the 12-40mm F2.8 Pro lens for a VERY good price, the deal was done, my lengthy love affair with Canon was ending. Odin became my newest camera (I name all of them as you’ll see in my photo gear section). I picked the camera up and promptly took it on a hike the next weekend in the rain. Not. A. Bother.

This isn’t going to be a review in the typical sense, there’s plenty of those out there on the usual review sites and I’d highly recommend trawling through those if you’re after the more technical nitty gritty details. I’m instead going to focus on using the E-M1 to document hikes and the beautiful landscapes I’ve seen in Tasmania with this camera.

Now, back to the weight. My current camera loadout is the E-M1 with the following lenses:

That covers a total focal length range of 16-600mm and weighs 1.7kg. My previous Canon loadout which covered 16-420mm weighed over 2.2kg and that was with some much cheaper and lighter non weather sealed lenses. I’d easily be pushing 3kg+ if I were to have the same setup as my current micro four thirds one. Those of you who hike will know that every gram counts. You can’t save a huge amount of weight on the essentials like clothes, food and shelter but you can with camera gear.

Size is another important factor. Using the fantastic and really fun to play around with camerasize.com, I pitted the E-M1 with 12-40mm lens and the Canon 5D with 24-70mm lens. As you can see below, big difference. I’ve been able to put all my camera stuff in a much smaller bag, namely the Pacsafe Camsafe V25. I don’t think I could have fit much more than the old 7D and a couple of lenses in there. I previously had a huge Lowepro bag just to lug all the camera gear around. Not ideal when you’re trying to keep size and weight down on the trails.

Now of course the elephant in the room is sensor size. The Olympus is half the size of a full frame sensor and boo hoo hoo etc. For my needs of taking pictures of landscapes out on hikes I don’t need super shallow depth of field and the bokeh I get from the 12-40mm F2.8 is plenty. The Panasonic 25mm F1.7 gives even more pleasing bokeh again but is still only F3.4 in full frame terms. If creamy bokeh is what you’re looking for then you’ll need to compromise on size and weight. Of course there’s the Sony A7’s and new A9 which have had photographers and reviewers alike frothing at the mouth for a number of years now. I wouldn’t trust the weather sealing on the Sony and they just don’t seem to have a “soul” for want of a better word.

I didn’t want to go down the path of comparisons with other systems and he said she said as it really isn’t important. The camera you should get is the one you feel comfortable with and the one that produces images you are happy with. Gear Acquisition Syndrome (GAS) will always rear its ugly head and I still find myself reading reviews of the latest cameras in some vain attempt at justifying why I would need a newer shinier camera with better bells and whistles.

Another great thing about the E-M1 is the customisation. I’ve seen a number of reviews mention this is as a negative thing because yeah having the option to do things sucks right? Would you rather try and do something with your camera and find you can’t or be happy in the knowledge that if you can think it, you can probably customise your camera to do it? Exactly. I didn’t find the menu system daunting at all, which you always expect to when switching systems. Within a couple of days I had Odin set up exactly as I wanted him and I’ve rarely had to change him around since, he just does exactly what I want and that’s a good feeling. You should be able to focus on what’s in front of the lens and not be fidgeting about with buttons and custom settings.

I’ve had images from the Olympus E-M1 published by National Geographic Australia, BBC and Mashable to name a few and for me that’s more than justified my decision to switch to Olympus. Anyhoo, enough waffle and gibberish, on with some images, as that’s what really matters isn’t it? The collection of pixels on our screens, far more important than getting out there into the wilderness and taking in the glorious views. You’ll need to multiply the focal length and aperture x2 to get the full frame equivalent.

I should probably mention that I’m talking about the Olympus E-M1 and not the E-M1 MKII in this article. Yup, I’m more than happy with the performance a 5 year old camera gives me and don’t see a need to upgrade any time soon, unless of course GAS gets the better of me.

You can see a whole pile more images I’ve taken with the Olympus E-M1 in the last few blog posts going all the way back to this one from Trestle Mountain. Every post since then has images taken with the Olympus. So yeah, amazing camera and pretty much perfect for hiking and adventuring with. Of course there’s plenty of alternatives and that’s the great time we find ourselves in, massive choice of excellent cameras and all of them are more than capable of capturing fantastic images. It’s a great time to be a photographer.

Apologies for the lack of images taken with the Panasonic 8-18mm F2.8-4, literally only just got it the other day. It will be getting plenty of usage on our upcoming trip to Ireland, Iceland and Hong Kong so stay tuned. 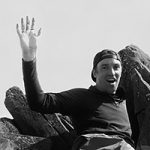 “I’m an Irish chap currently living in Hobart, Tasmania and loving it. This place is special and I still have so much to see! I try to get out as often as possible to explore new sights and places but also enjoy revisiting locations and seeing what’s changed. I’m very much into my photography and have enjoyed exploring different aspects of it over the past few years. It’s resulted in a few paid gigs here in Tasmania and I’m hoping to keep improving and work on more projects with interesting people in Tasmania.”

"I’m an Irish chap currently living in Hobart, Tasmania and loving it. This place is special and I still have so much to see! I try to get out as often as possible to explore new sights and places but also enjoy revisiting locations and seeing what’s changed. I’m very much into my photography and have enjoyed exploring different aspects of it over the past few years. It’s resulted in a few paid gigs here in Tasmania and I’m hoping to keep improving and work on more projects with interesting people in Tasmania."

Posted on October 20, 2020October 19, 2020by Jim Chung
I live in Toronto with my family and divide my time working as a health professional and as a professional sports photographer and writer. Like most people, I began by shooting fa…
END_OF_DOCUMENT_TOKEN_TO_BE_REPLACED
Categories INSPIRATION

Posted on September 25, 2020September 23, 2020by Ron Mayhew
While no one ever mistook me for an art history expert, there is an expression that suits me well, “I know what I like.” And the Dutch Master Painters of the seventh century are a…
END_OF_DOCUMENT_TOKEN_TO_BE_REPLACED
Categories INSPIRATION

Posted on September 6, 2020September 3, 2020by Nick Wilson
My name is Nick Wilson, I am a 36-year-old husband, Father, and freelance photographer. I am lucky enough to call Mesa, Arizona my home. I have a very wide scope of work ranging f…
END_OF_DOCUMENT_TOKEN_TO_BE_REPLACED
Categories INSPIRATION