So, I recently purchased the Olympus 25mm f1.2. And after a little delay in the order being processed the package finally arrived after a few nail biting days of anticipation and I was like having my own little personal holiday… I get like this whenever I receive new camera gear ?

Right out of the box the lens felt good in weight, did not feel cheap, that’s one thing I love about Olympus pro lens is, they feel like they are chiseled out of a block of metal and not a plastic brick. They FEEL PRO.

The package arrived in the evening, I was a little tried from work and was not feeling the weather out side as the cold temperature is now played out. So, I just started snapping images around the house. The one place I know has good lighting for sure is Jayla’s room. We put a film over her windows so no one can see inside her room and it defuses the light perfectly. And as always, I annoy her with my camera by popping in to snap a pic. I took this image here and when I saw the back of the LCD screen my jaw about hit the floor. I was really blown away by the amount of detail and buttery-ness that the 25mm produced with only a small amount of window light. That really got me excited to get outdoors with it. 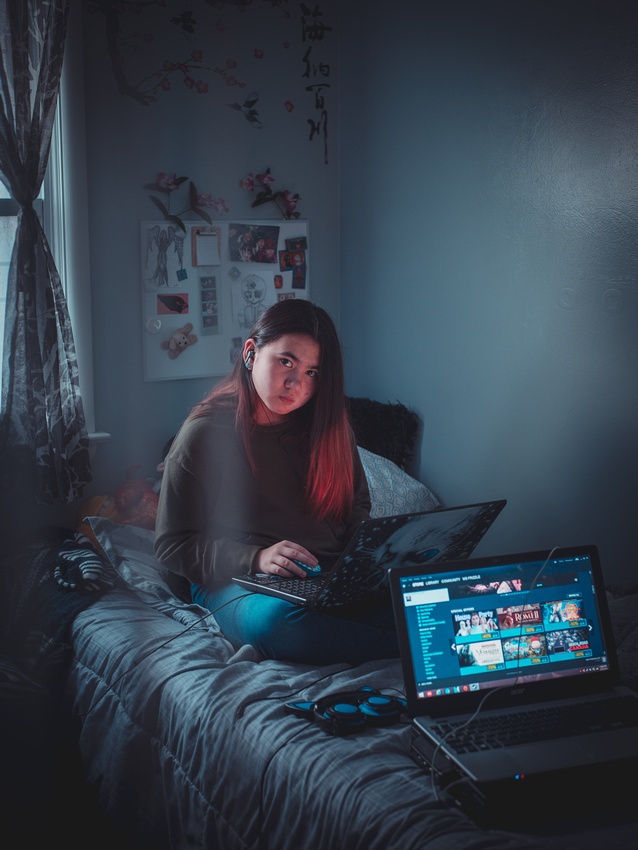 We finally got some decent weather again so my Buddy Allen and I decided to head north and shoot some familiar places and some stuff that is new to me. And what better way to break in some new glass…. Then a road trip.

Now that, that is out of the way… Let the adventure begin.

We spent a total of about 14 hrs. on the road and shooting images, flying the “Drones” We left Muskegon and the first stop was the “famous” lol Acadia lookout that everyone stops and climbs the stairs. I will say though its breath taking every single time I am there. I snapped a few images with the 25mm while Allen flew his Mavic out over the lake. Good thing he didn’t drop it, I was not climbing down that hill to help him fetch that thing lol. We wrapped up there and headed to Frankfort.  We were actually going to skip it and keep going but I have never shot this place with the sun actually lighting up the lighthouse, it’s usually behind it when I’m there so I really wanted to get this shot. We wrapped up Frankfort after about 20 mins, Stopped and grabbed a bite to eat at the local A&W joint “Which I will bypass on next time” and we continued on to Fishtown. 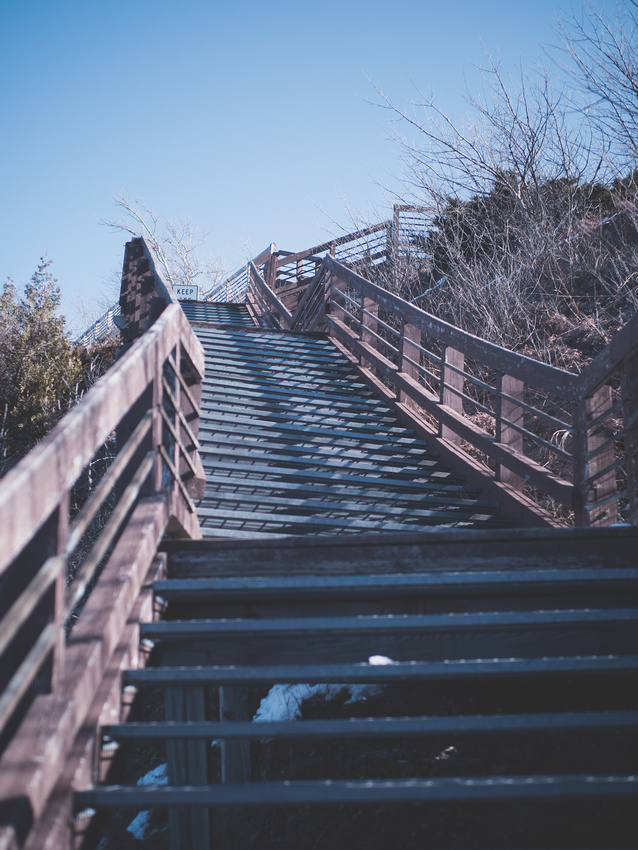 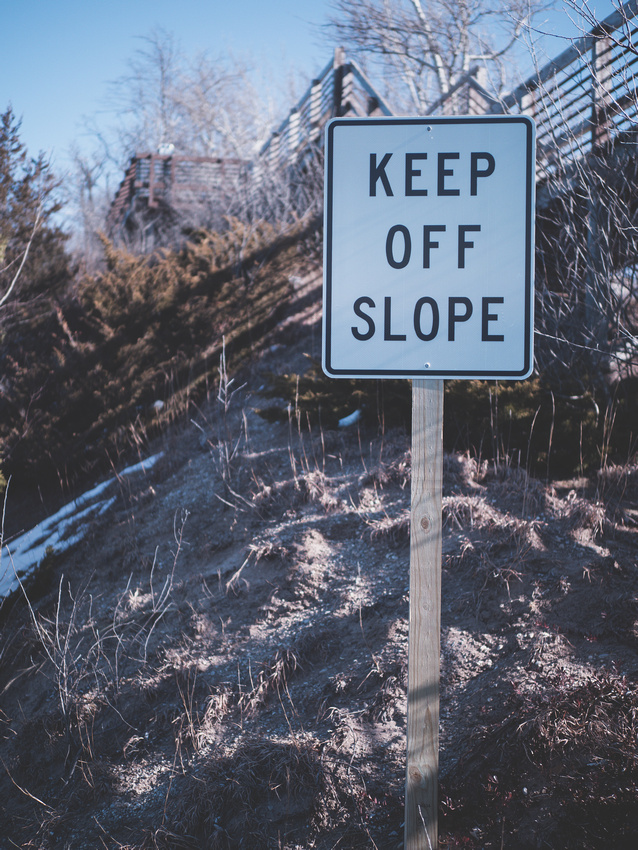 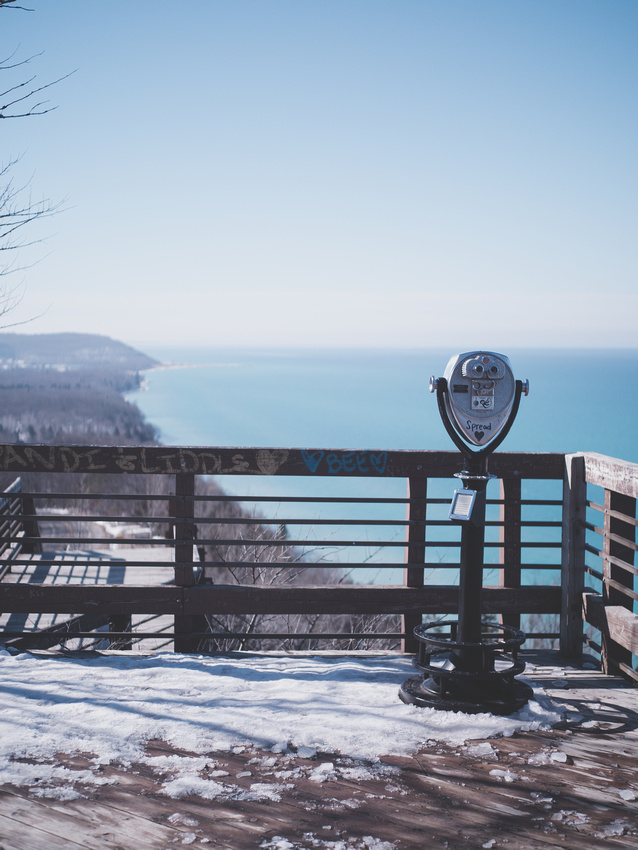 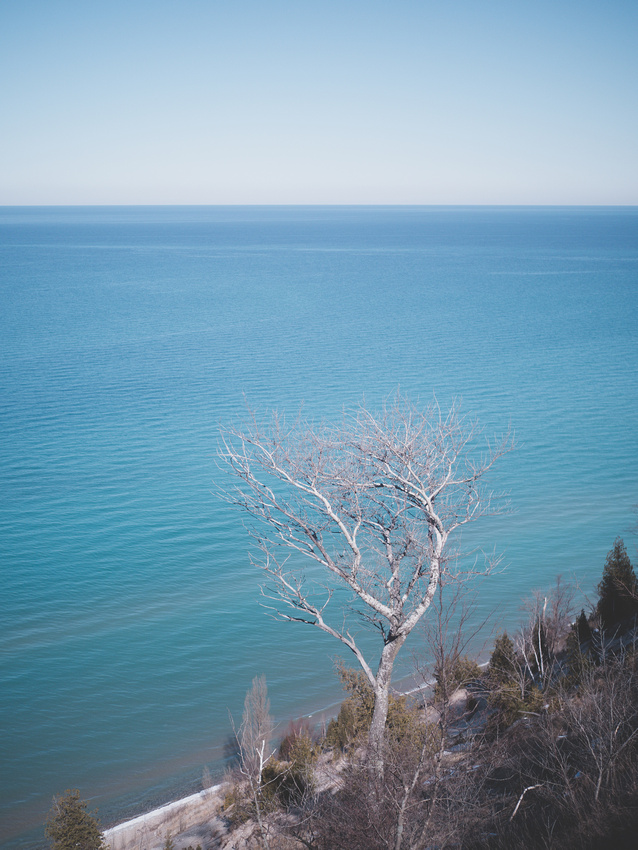 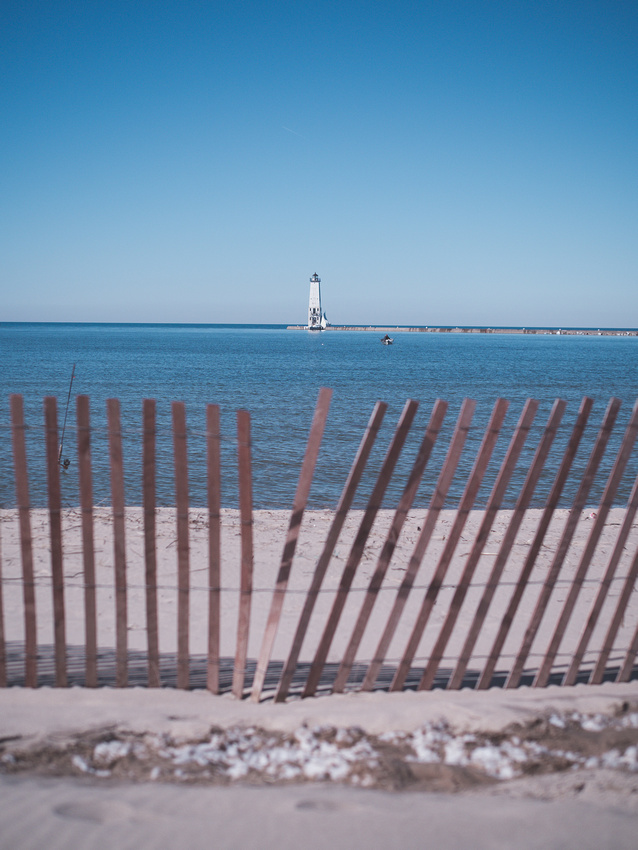 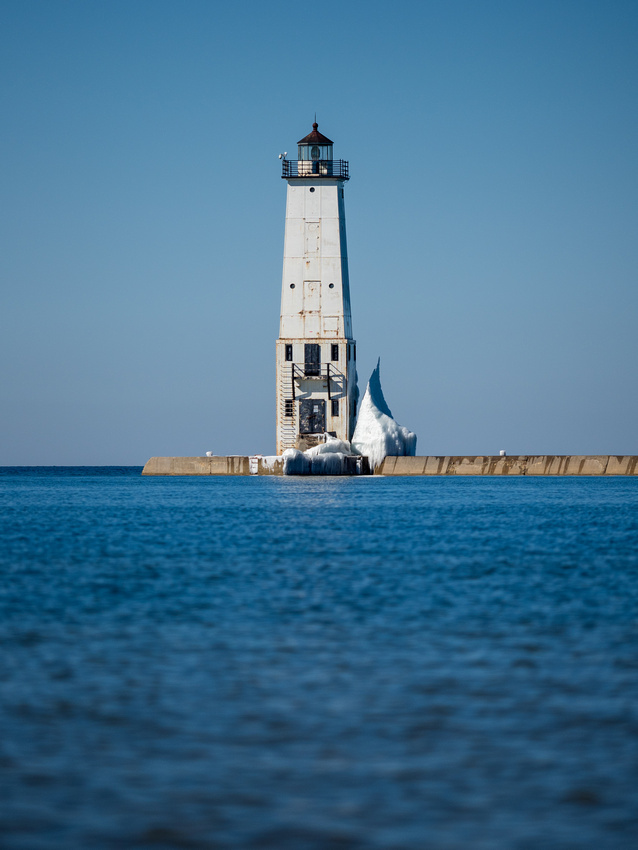 Fishtown was really exciting to me as I have never been there before. I know, I know. How can I be from The west side of Michigan and never been to Fishtown. Somethings just happen and Fishtown was never one of them for me. But’s it ok I made up for it, I took pictures and flew my “Drone” there ha!

It’s actually a really cold place. I told Allen that it reminds me of the Popeye Movie with Robin Williams (RIP) in it. One movie that found to be very magical with it’s set design. The water on the other side of the dam is so clear you can see right to the bottom. Walking along the docks, you can’t help but wonder what the place was like when it was in its prime. If you are ever in the area make sure you visit Fishtown and don’t wait like I did ? 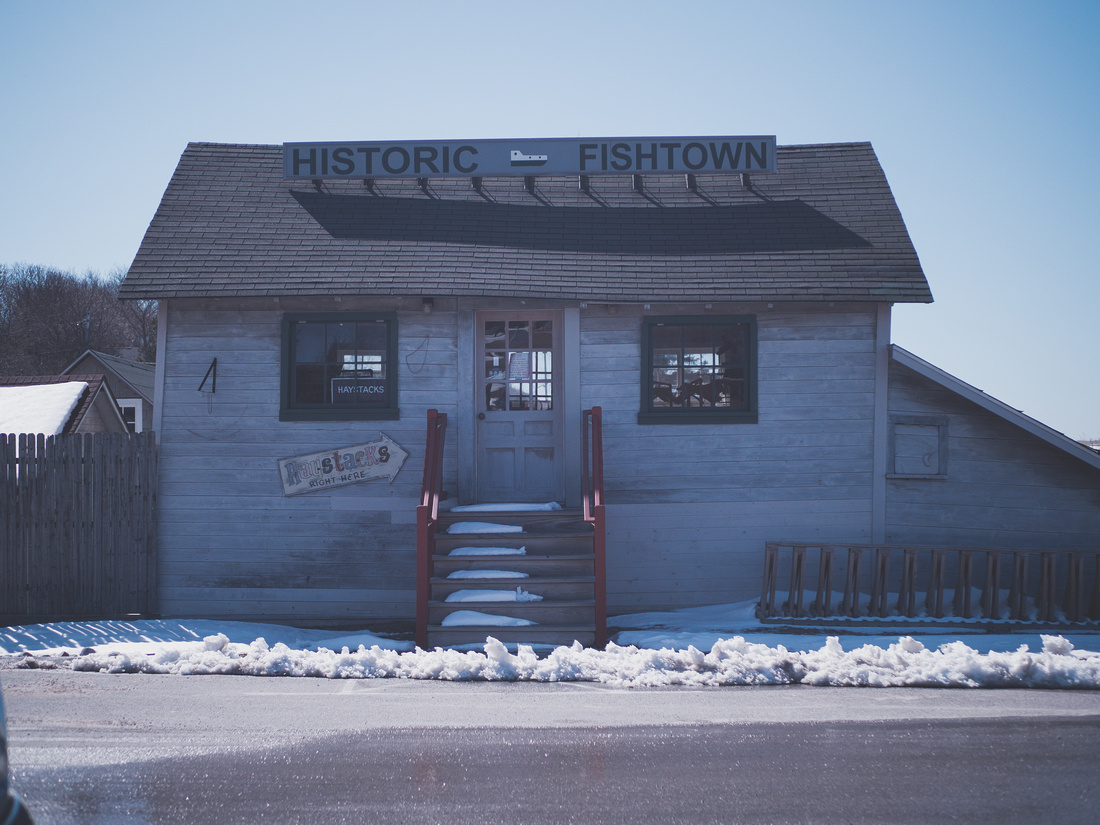 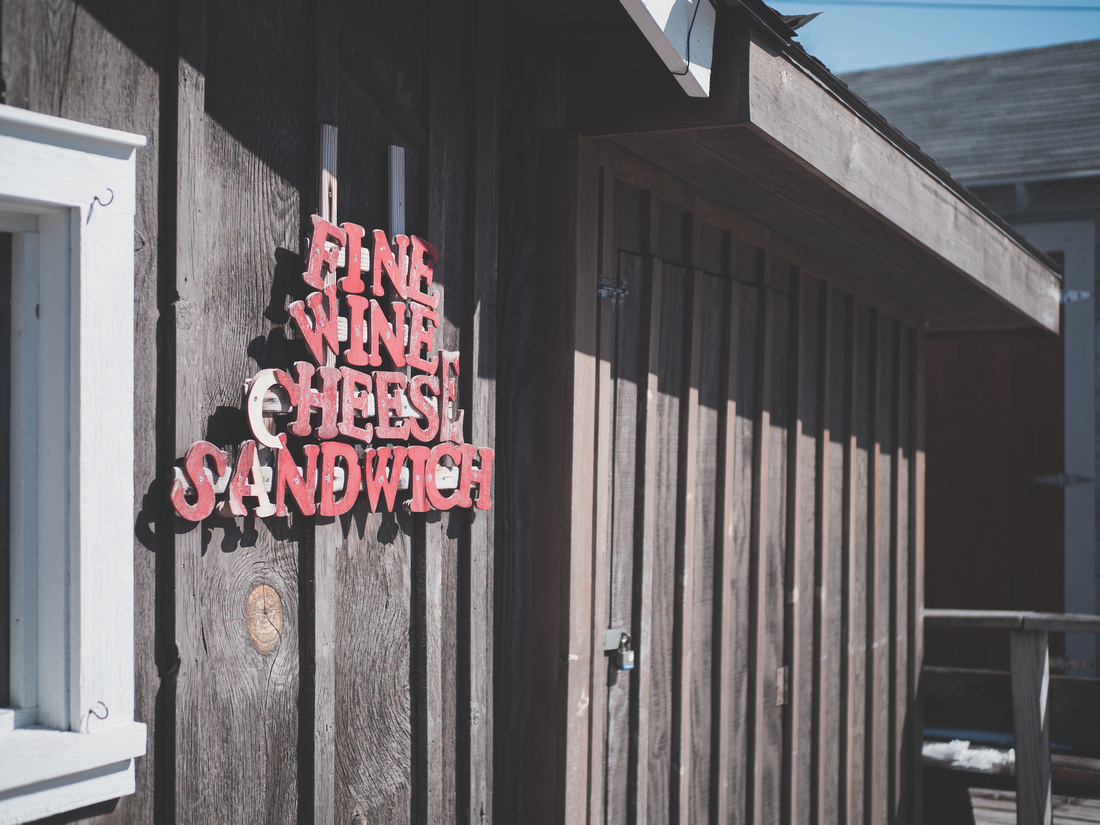 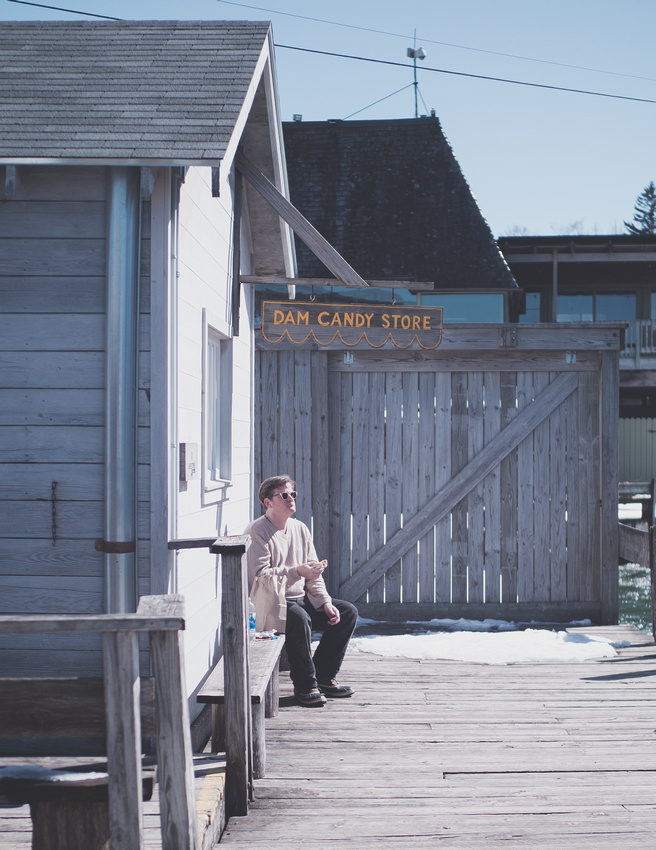 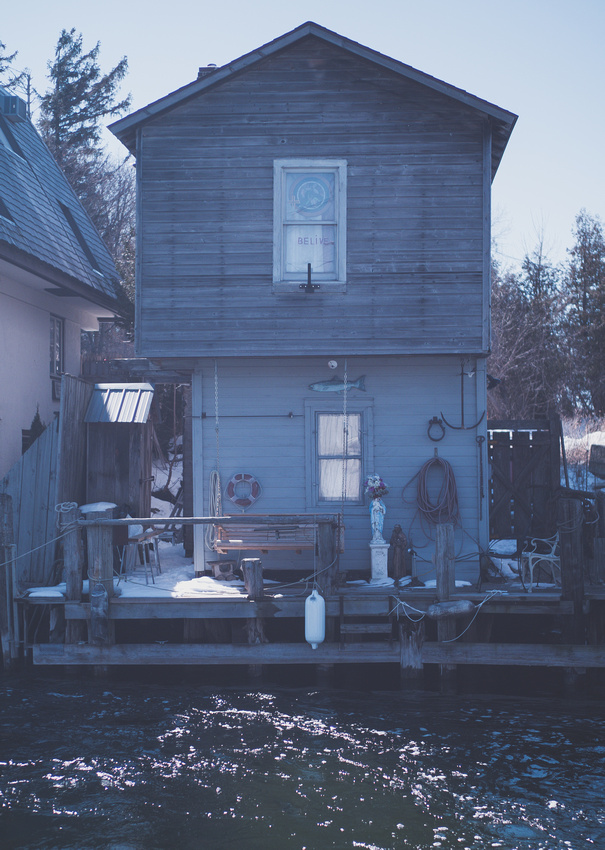 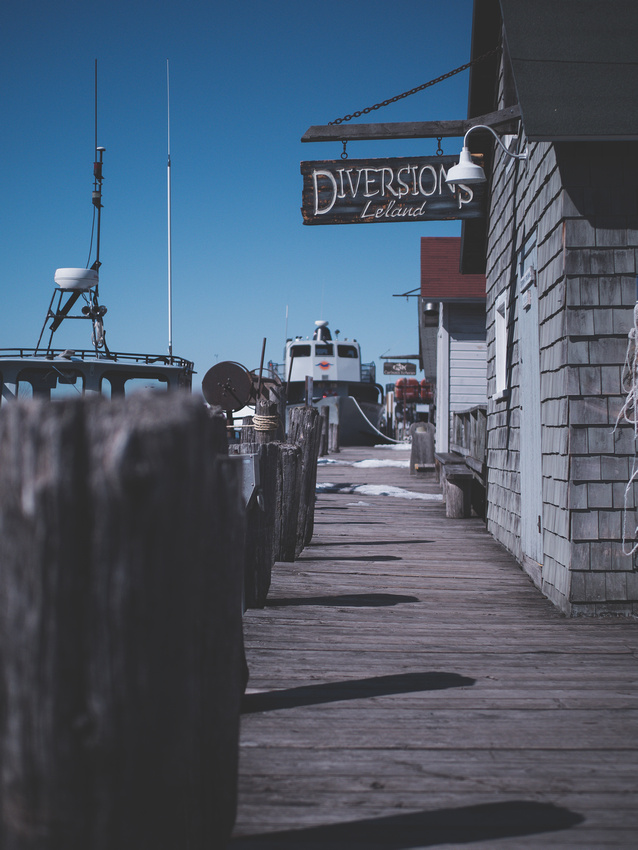 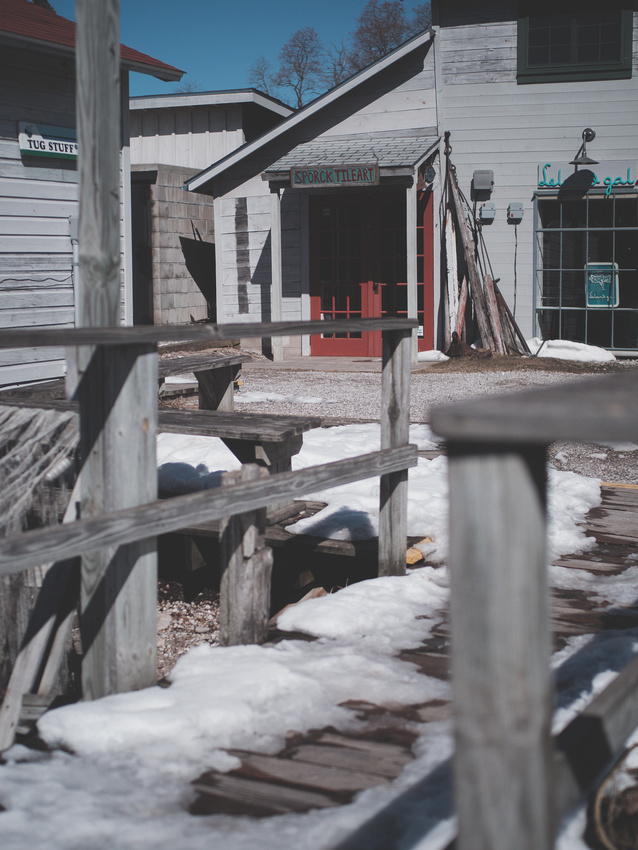 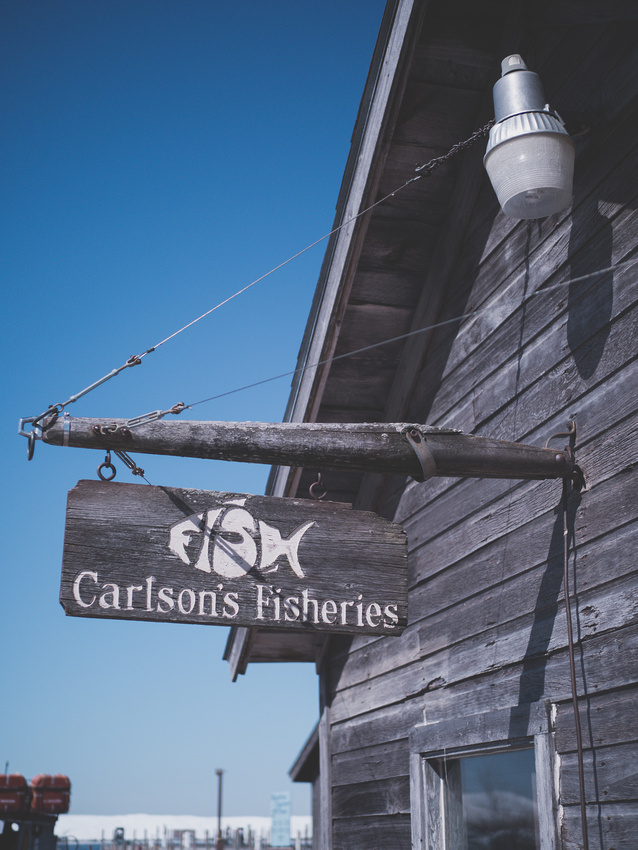 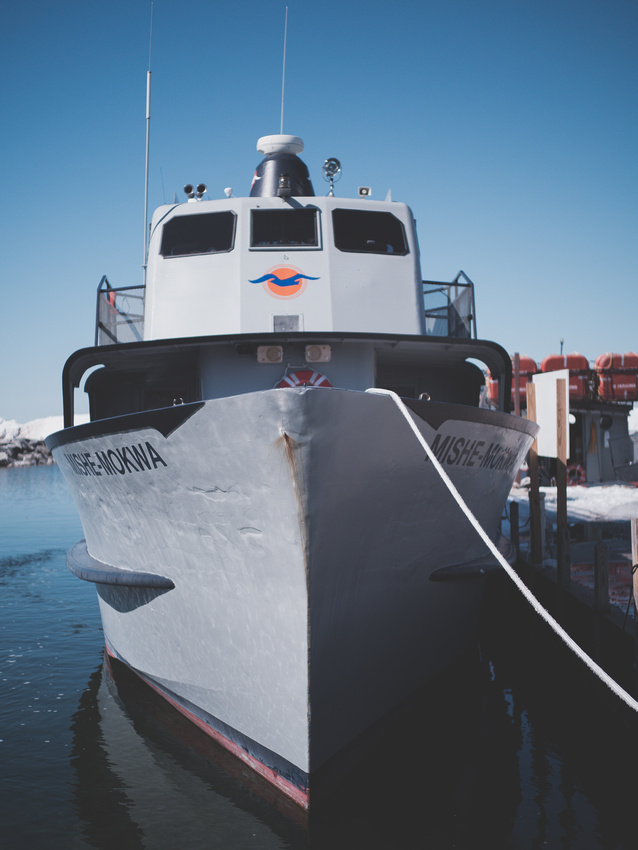 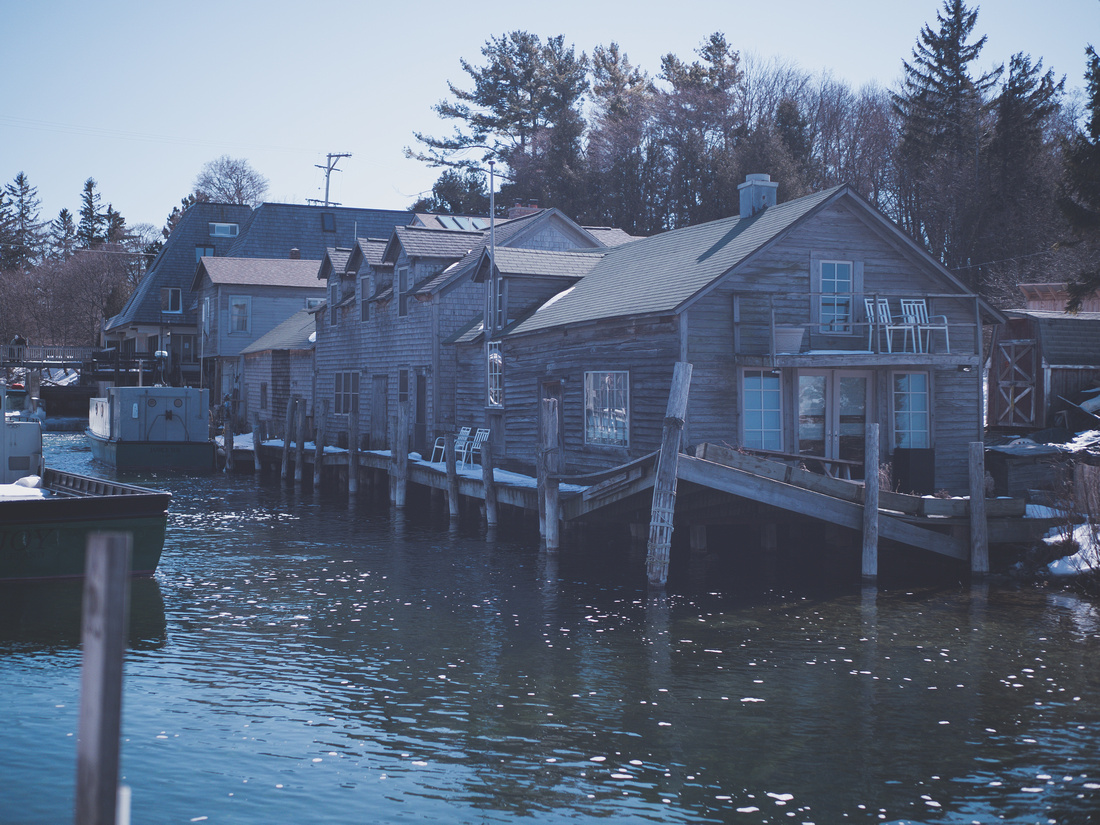 Grand Traverse Lighthouse, this was a first for me. Very basic setting nothing really breathtaking there. The trees have kind of over grown the light house on the lake side and makes it hard to see the lighthouse from the beach. We spent a little bit here and then headed to out last stop which was… 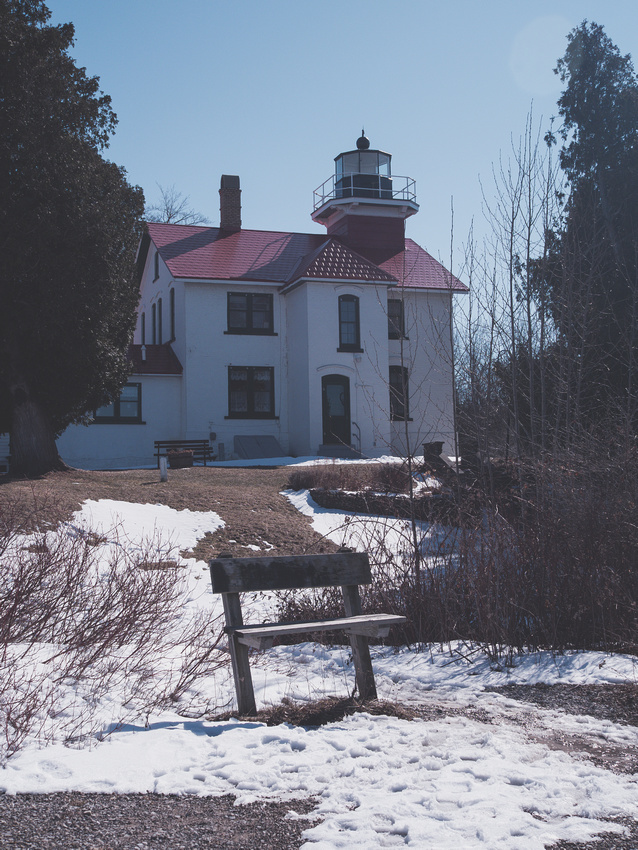 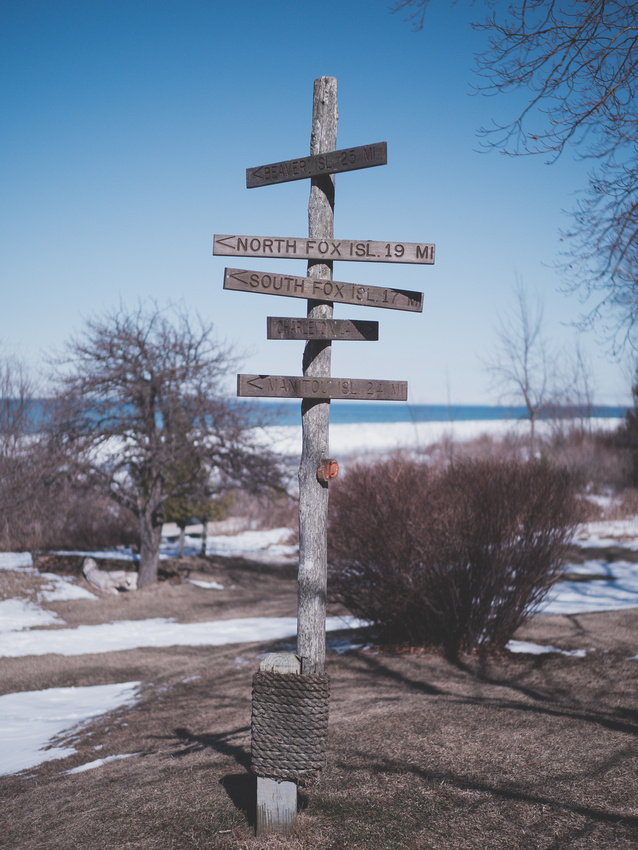 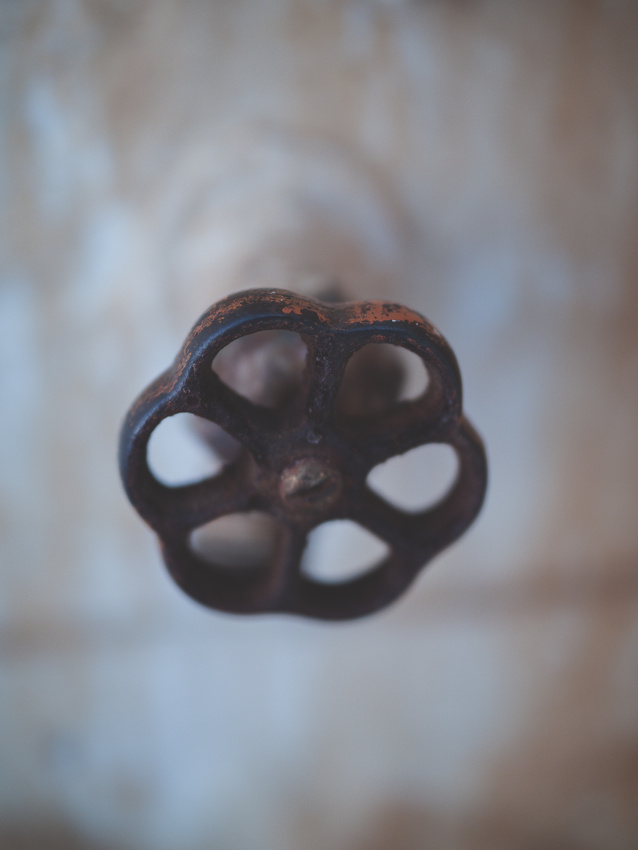 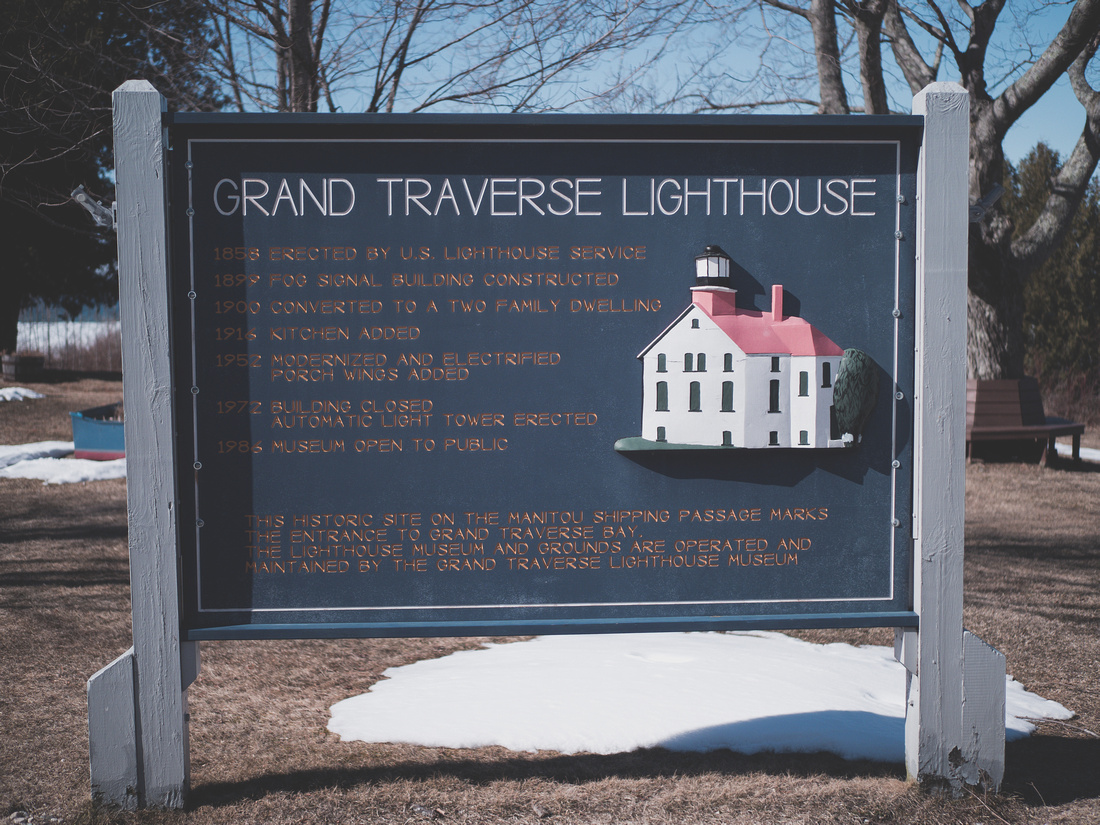 Mission Point lighthouse: I could tell soon as we were walking up that this place it was old. There is a cool little cabin about 50 yards from the lighthouse (which I absolutely forget to read the information sign about it) So I don’t have a clue what it was used for but… It looked cool lol. The lighthouse itself is under construction and had a small white fence around it so we couldn’t get right up on it. There is a small stairway to the beach so we went down there, I snapped a few photos and flew the Mavic around and got some aerial shots. By this time, we had about two hours till sunset and we were in a bad position at this location to shoot that. So, we decided to head back to Frankfort, Allen was saying he never shot sunset there and it’s on the way home so that was then next plan… Get to Frankfort for sunset. 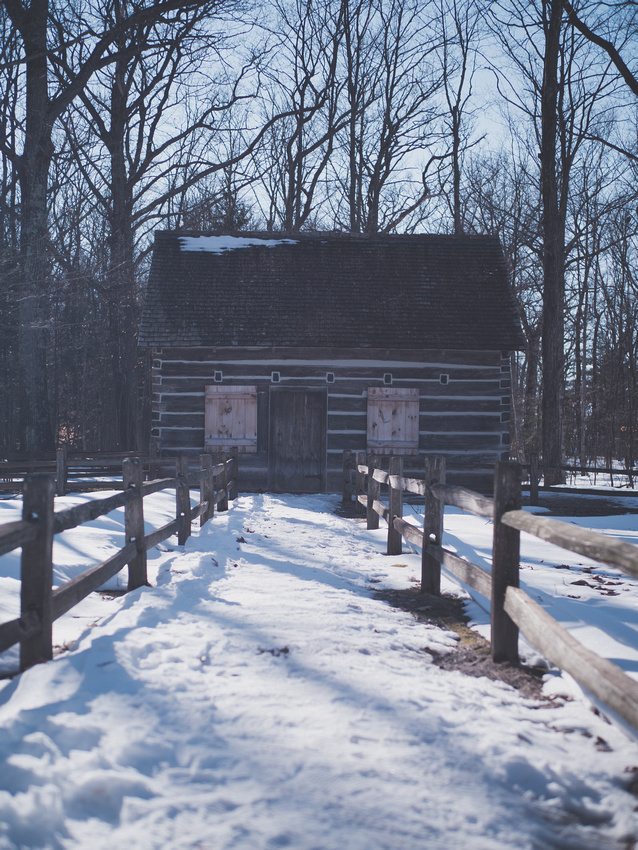 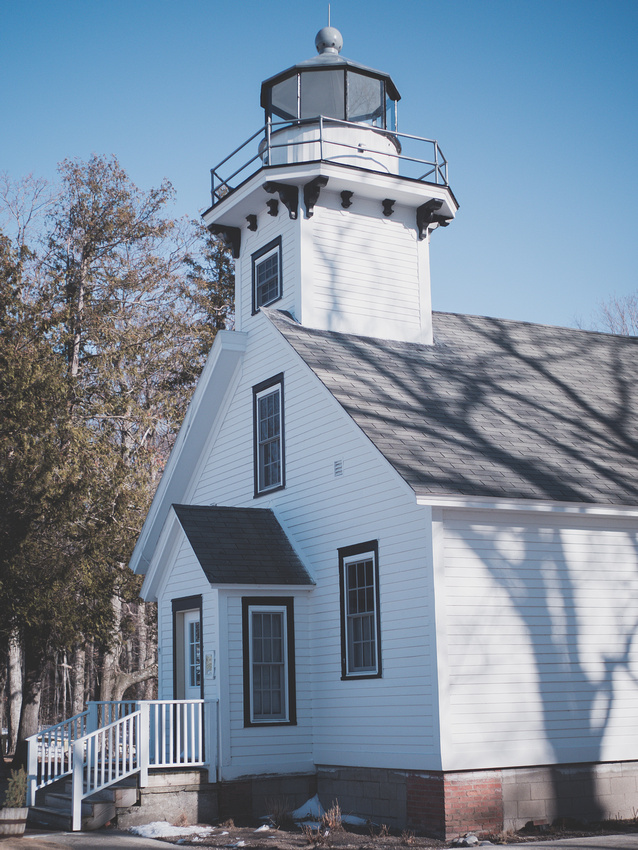 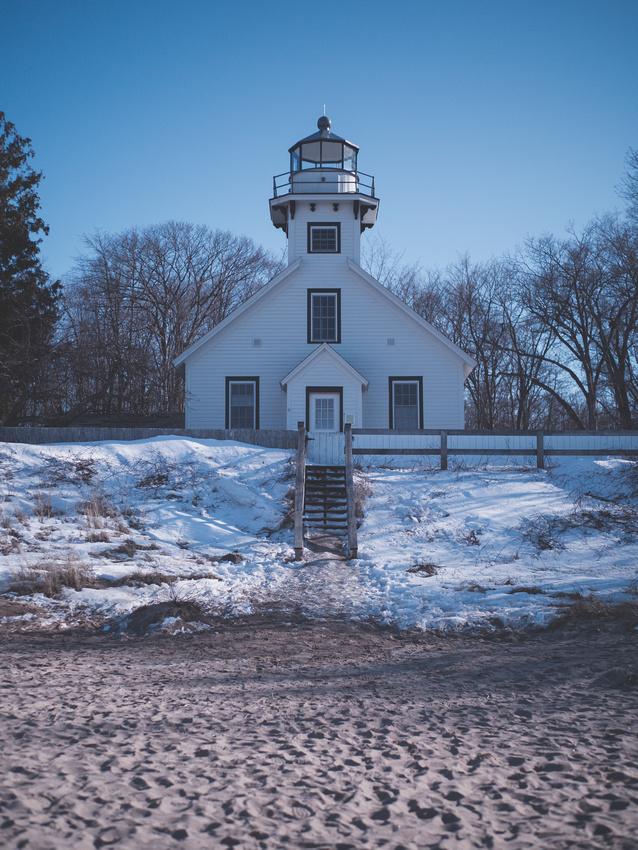 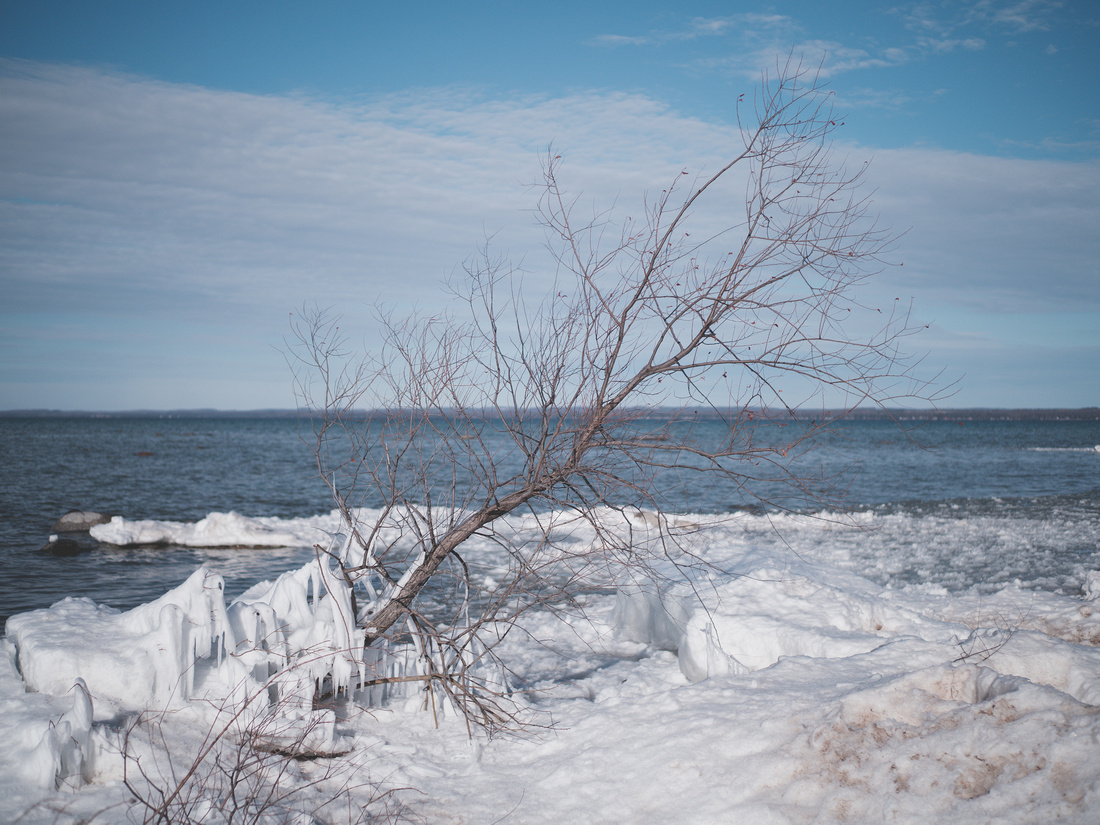 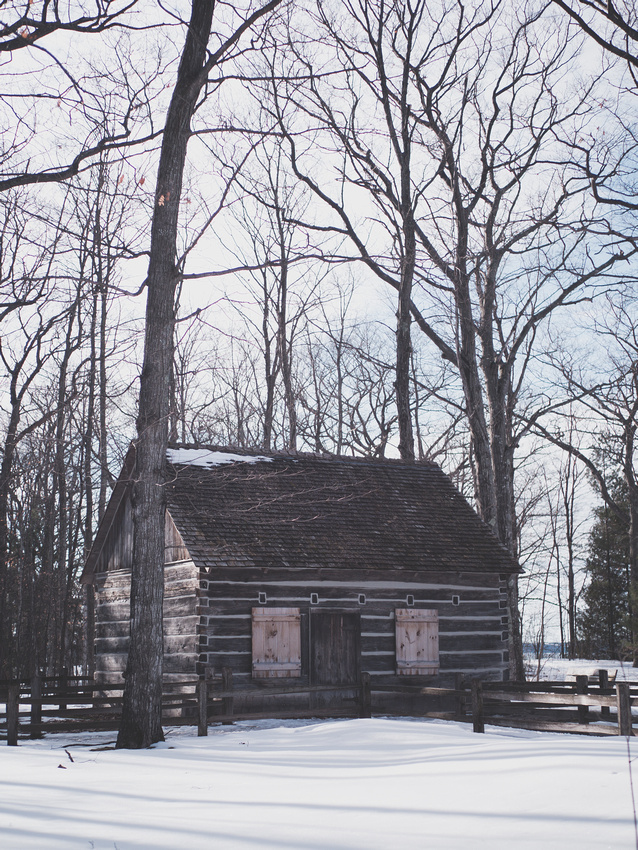 This Bando on the side of the road caught my eye. 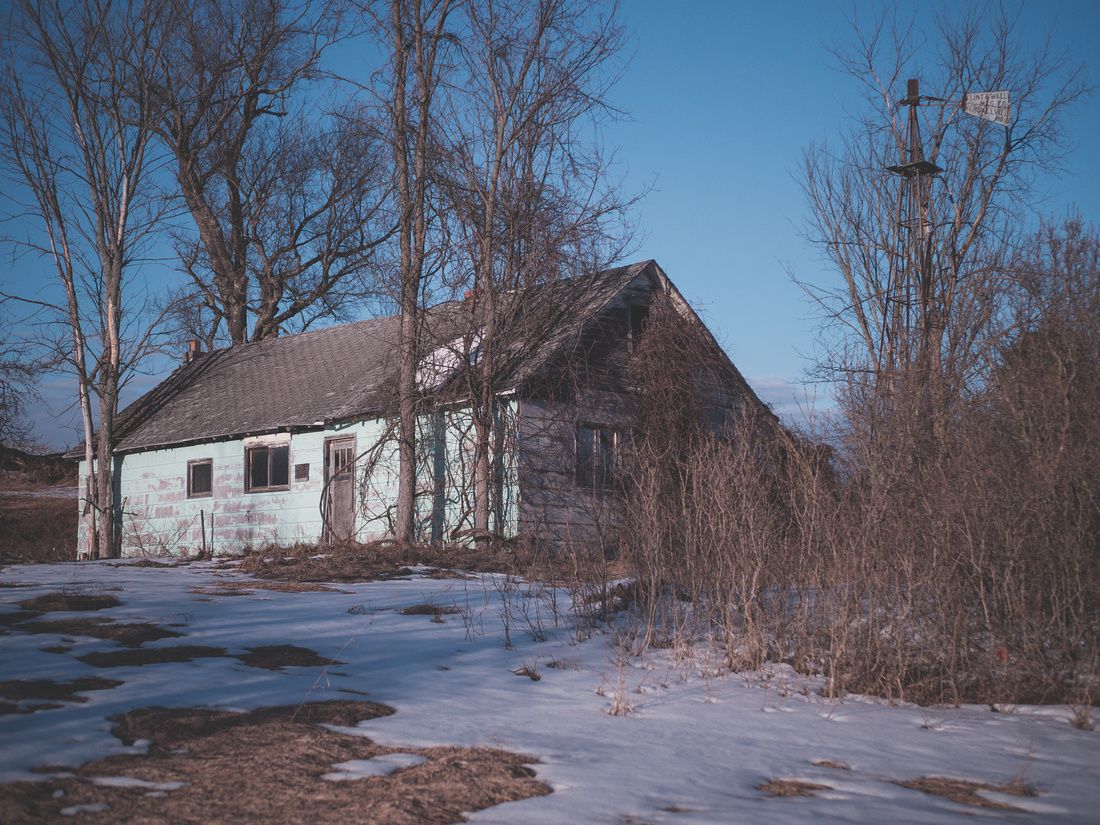 Made it to Frankfort in time to catch the sunset, Snapped a few. It would have been nice to not have any snow and ice on the pier so I could have walked out to the Lighthouse, its been a little warm and the snow and ice is getting soft so I wasn’t taking any chances and walking out there in the dark. So we opted to call it a night and head back home. Over all it was a great day and I was really excited about the new Olympus 25mm f1.2 prop lens as you can see in the images, they are sharp and the Bokeh is amazing. It’s feathered nicely and even with a ND64 on it, I didn’t have any slow down with focusing. I’m really excited to put it through the paces in a portrait shoot… Stay tuned for that ? 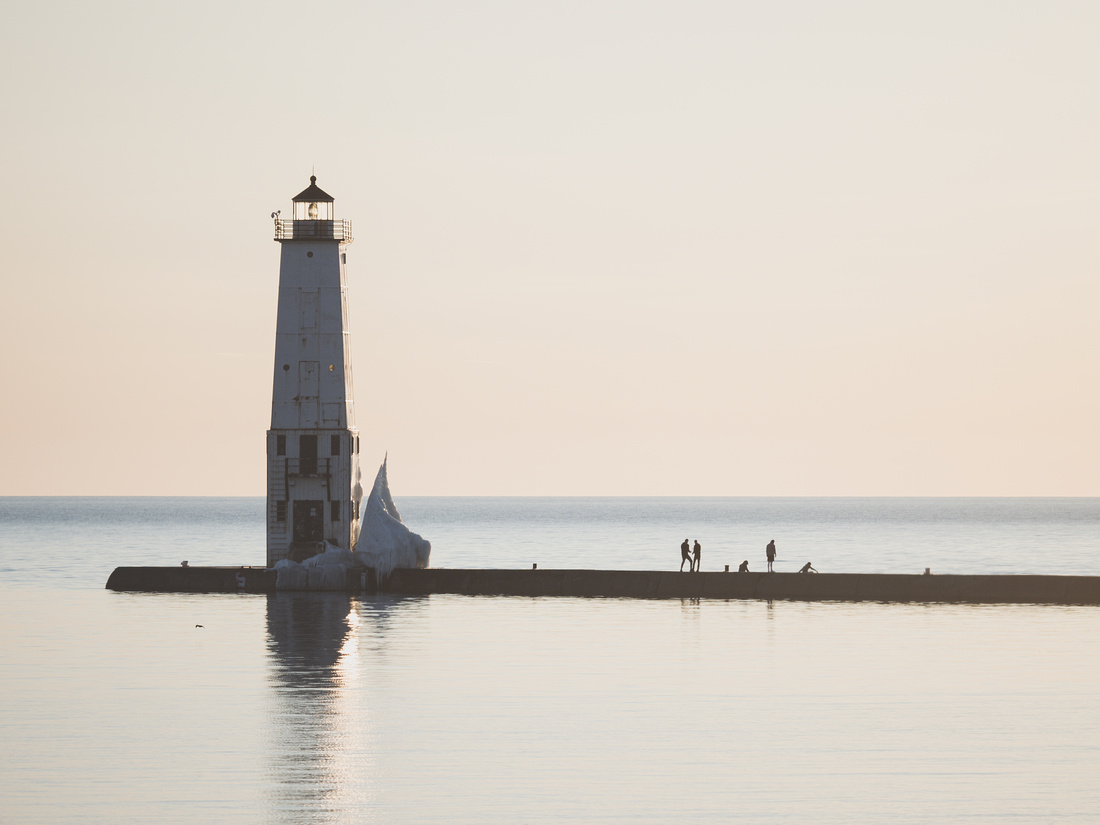 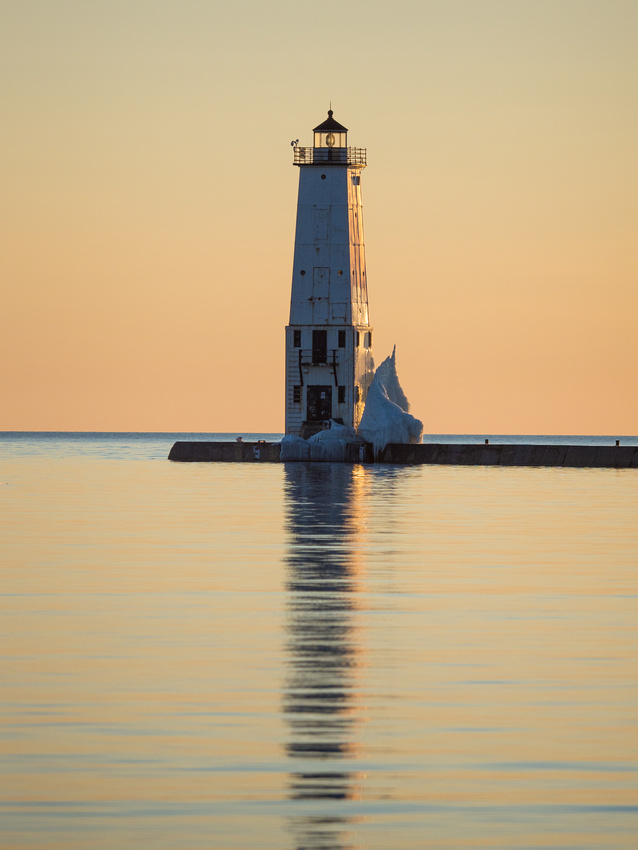 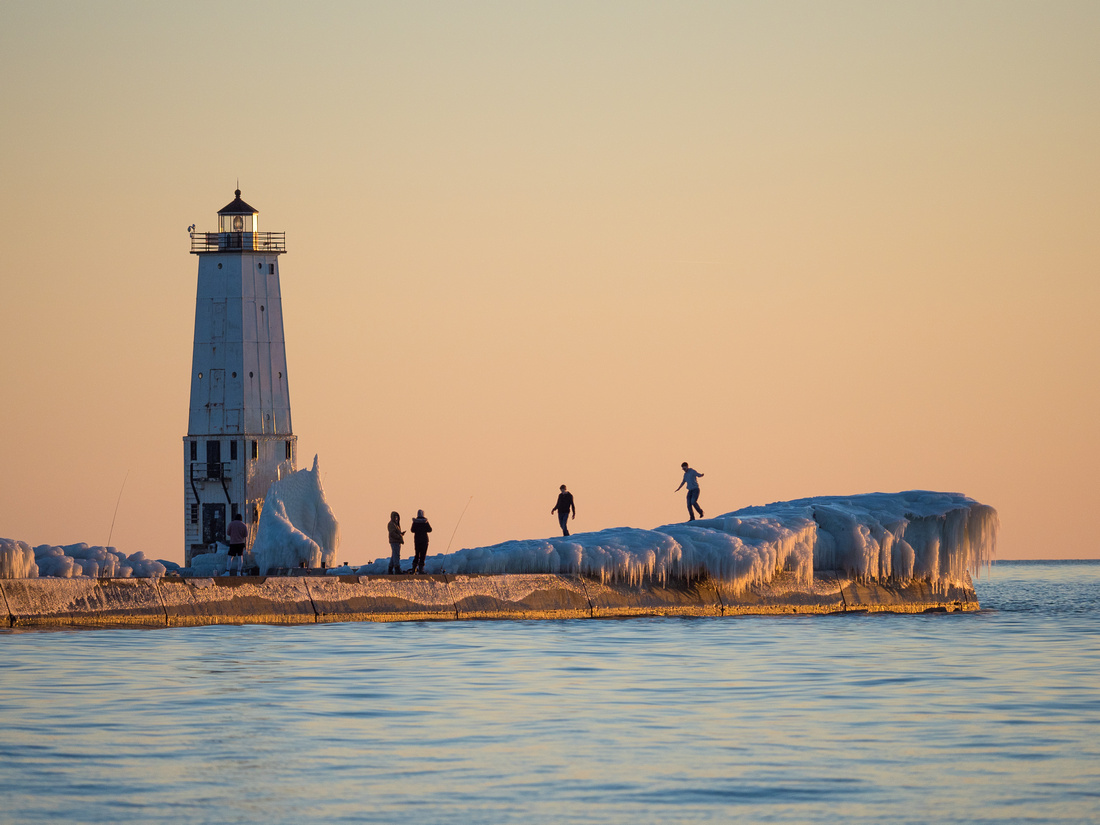 Check out Allens Vlog of the trip here on his youtube channel.

“I am a Landscape/Portrait Photographer from Muskegon, Michigan. I have been creating images for 13+ years and it’s only getting more exciting. Take a look around, make sure to follow me on one of my few social media accounts to see my latest work.”

Everyone and Everything has a story to tell