Gidday! My name is John Pryke, a freelance photographer living in Brisbane, Australia. I have spent the last 37 years as a photographer, using different cameras, both film and digital from various manufacturers, before ending up with my recent favourites from Olympus.

After working predominantly in the news arena having worked for newspapers and media companies such as Reuters, Australian Associated Press, Associated Press and Agence France Presse, I am now based in Brisbane, which is the third largest city in Australia, but a relatively small market, in my own business covering many different themes and motifs for my clients.

Personally, I am working on my own niche in fashion and landscape. I have always had a keen interest in fashion photography from early in my career. In fact, I chose media work as I felt I could gain an overall grounding in a lot of disciplines, including fashion.

I love the stories you hear and experience and can, in turn, re-tell and those experiences. So photography and the window into the stories it provides, means it pervades all aspects of my life. So I see photography as not only professional, but a part of my personal being. It has enabled me to meet people from all walks of life from Royalty to the downtrodden, sports stars to weekend “hacks”.

I began my journey as a photographer probably in the very late 1960s when I was given a toy camera as a child. Throughout my childhood, I played with various cameras, as well as flipping through a neighbour’s photography magazines.

Then I ended up using my father’s Zeiss Ikon Contina. In 1980 I took this on a holiday trip to Japan and whilst flying over the country Mt Fuji suddenly appeared out of the clouds. I desperately tried to get the Zeiss set up to shoot a picture, but couldn’t see out of the aeroplane window to frame the shot properly. It was then that I wanted to get one of those “what-you-see-is-what-you-get” cameras.

My first SLR, as I discovered they were called, was a Pentax MV1, and that is where my love of photography began. From then throughout my senior school years I was regularly taking photos and ended up “upgrading” to a Nikon FE.

After school, I went to the Queensland College of Art in Brisbane. It was during this time, I went and undertook some work experience at a local newspaper, the Daily Sun and Sunday Sun. To this I kept returning weekend after weekend and eventually, I was offered a cadetship.

After around seven years, I started working for Reuters, an international news agency. It was with them that I worked around the globe, first based in Sydney then Tokyo, Hong Kong, Singapore, London and Washington DC. I returned to Australia for another company in the early 2000s and have been here ever since.

My career started with film, first slide film — Kodachrome will forever be the “holy grail” of films — then black and white, finally I ended up using colour negative.

The rationale behind this was if I needed an image to sell to newspapers it would be easier to use a colour negative than to wait a week for the Kodachrome, or miss out on a colour sale because I had shot black and white.

Nowadays I only occasionally break out the Leica or Hasselblad for use with film, even though I adore the visual quality they give. While digital is often sharper or better quality or easier … any number of reasons … I do long to shoot film again, but alas the cost is often prohibitive, but I am keeping it in store for future projects.

So digital is the current. I had an early introduction to it when I first saw the Sony digital camera which came with a recorder the size of a VCR of that era, then the early Kodak version and eventually to the Kodak DCS520 series. But I personally started out more humbly in digital with an Epson digital camera, the name of which escapes me, followed by an early Olympus point and shoot digital camera. At that stage, late 1990s, digital quality was not what it is today so digital remained on the backburner.

That was when I had gone into another branch of photography, in the role of a picture editor. So observed the early days of digital more than being an active participant. Film still ruled at that point and my focus was Leica M cameras.

This all changed in 2003 when I moved to the US with Reuters and had a Canon EOS10D, suddenly digital had become affordable and usable, eventually I ended up back with Nikon digital for a number of years.

Finally in 2012, I met the Olympus OM-D E-M5, and the love affair began. The size, the light weight, the image stabilisation and the truly what you see is what you get effect of the mirrorless system ability to adjust exposure on the fly first hooked me.

You could tweak the exposure so only a highlight remained or if the light suddenly changed you could react quickly. This opened so many doors and brought forward new ideas. As I went along the Olympus eco-system I found my other kit, the Nikons were taking on a smaller and smaller role (yes I have bounced back and forth between systems).

Eventually, I went and saw a wildlife exhibition in Tokyo featuring the works of Olympus Ambassador/Visionary Mitsuaki Iwago. Here there were prints about two metres tall which seemed to have some of the look and feel of film and all I could think was, “well if micro four thirds can do this, I’m in!” So here we are!

For my personal work I tend to look for the abstract or the detail within and let my heart dictate the look and lighting being used. I am not one for the postcard view, so most of the landscapes tend to be with long lenses, for that detail aspect.

The beauty of mirrorless help me develop this love, as I could watch and tweak the exposure for effect. It also meant I could use Photoshop less and less, as I could get closer to what I wanted as a final result in camera. As a result, I mostly stick to Lightroom, and this has made things a breeze, giving me many of the aspects that the traditional darkroom gave, without needing all the bells and whistles of Photoshop!

That said, Lightroom offers a range of controls that allow me to make most of the adjustments I like. While all images are different, my preference is a darker moodier style, through use of the curves adjustments, rendering something akin to a matte paper print.

I have never really been one to analyse my own photography or technique but tend to run on first impressions and gut instinct. The Olympus system has taught me to see again and also to carry and more importantly use the gear I have, and produce photography which has motivated me to explore not only my world but also my processes and techniques. 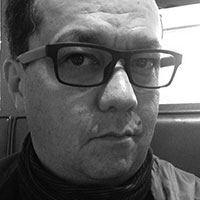 John Pryke is an award-winning photographer and editor with over 37 years experience. John has worked in numerous countries around the world for Reuters, AP, AFP, Getty Images – photographing news and sports. He now lives in Brisbane, Australia shooting commercial work, portraits and fashion.

John Pryke is an award-winning photographer and editor with over 37 years experience. John has worked in numerous countries around the world for Reuters, AP, AFP, Getty Images - photographing news and sports. He now lives in Brisbane, Australia shooting commercial work, portraits and fashion.

Soul of the Ocean

Posted on January 8, 2021January 8, 2021by olympuspassion
We have always had a special affection for print editions. Books and magazines materialise the photographs in proper physical support, making it possible to appreciate them proper…
END_OF_DOCUMENT_TOKEN_TO_BE_REPLACED
Categories INSPIRATION

Dog’s life through a lens

Posted on December 15, 2020December 15, 2020by Nina Kalkkinen
My name is Nina Kalkkinen. I am 31 years old and after having lived almost half of my life in Spain, I now live in my home country Finland, where I work part-time as a Finnish-Spa…
END_OF_DOCUMENT_TOKEN_TO_BE_REPLACED
Categories INSPIRATION

Posted on December 17, 2020December 15, 2020by Fernando Rui Pinto Varejão
Hello everyone, my name is Fernando, I'm 48 years old and I'm from Amarante, a small but beautiful city in the North of Portugal. I work in the city of Porto, which is about 60 km…
END_OF_DOCUMENT_TOKEN_TO_BE_REPLACED
Categories INSPIRATION