I consider photography to be the happiest turning point in my life. I live in Budapest, Hungary, I’m a journalist. Ten years ago I started writing articles and interviews for women’s magazines (Marie Claire, Glamour, ELLE) and since 2015 I’ve written three books.

The editor-in-chief of a women’s magazine sent me to Paris in 2010. The French cabaret Le Crazy Horse celebrated their 60th anniversary and, in connection with it, I interviewed dancers about their latest performance. I also had a photographer with me, Pál Nánási. One evening, I turned to him at dinner and asked: may I show you the pictures I took with my phone on the streets of Paris? I only had an iPhone at that time, not any camera. Pál noticed that I took a lot of pictures and was curious about them. He looked at them, and I remember he just said, “You have eyes for it, buy a camera!” That’s how it started.

Pál saw it well. I liked taking pictures because I could completely turn off my thoughts while doing it. It had a calming effect on me. First I bought a Canon 1100D with a 50mm fixed lens, which I soon replaced with a beautiful white Nikon V1 mirrorless camera. I had a 10-30mm and a 30-110mm lens for the frame.

Soon photography became my favorite hobby and I found out why. Writing an article or a book involves a lot of preparation and material gathering. Then you write the text, give it a title and write an introduction to it. In contrast, photography is about capturing the moment, and the camera shows instant results. Not to mention that in today’s modern world, you can upload your pictures online and show them to others in just a few minutes, with some editing only. From this perspective, for me, photography is a kind of instant feedback, in contrast with the long, often months-long article writing.

A few years ago, I also realized that, as a writer, I could dream up my own illustrations for my writings. Until 2016, I was just photographing for myself as a hobby. Then my idea – perhaps I can say that – changed my career forever.

Several of my friends are ballet artists at the Hungarian State Opera, so I have had the chance to take a look at the backstage after the shows. Although I never wanted to be a ballerina, I was fascinated by the backstage of the Opera House. The ballerinas tried to fit their pointe shoes, the glaring light of the spotlights, the scenery, the costumes were all beautiful. But what I liked most was what the audience couldn’t see from the auditorium: the reality. Tired, sweaty ballet artists massaging their aching limbs while sitting on the floor. I began to wonder how dancers live their lives, and what sacrifices they make in order to shine on the stage in the evenings.

I wrote a book about the life of the dance artists of the Hungarian National Ballet. I went to the Opera House every day and interviewed them. In December 2016, I began taking photos of them during the performances of the world-famous fairy tale ballet, The Nutcracker – at that time with my Nikon V1 mirrorless camera. I took pictures of them in the backstage just for me, just for my memories. However, over time, both the dancers and the Ballet Director took notice of my pictures and encouraged me to show my own pictures to readers in my own book. The book finally came out with my photos in December 2017. Title: Behind the Curtain – The Secret World of Ballet.

A month later, the rector of the Hungarian Dance Academy called me on the phone to ask me to write a book about the life of their ballet students. From the age of ten, the children attend nine years of training at the institution and become ballet artists. Most Hungarian dancers of the Opera House studied at the academy as a child.

Because of the many positive feedback about my photos, I decided to take photography seriously. To do this, I felt I needed a new, more advanced camera. In May 2018, I fell in love with the Olympus Pen-F. I saw a photo of it on the Internet and went to the Olympus shop to try it out. I remember the first time I took it in my hand. In a strange way, I had the feeling that we would have special adventures with this camera. What happened in the next year and a half – I didn’t expect at all.

I took photos of ballet students in the ballet halls and the backstage for the book I was preparing. Many people have told me how difficult it can be to take such intimate pictures of children and of the closed world of ballet in general. I think the only secret to this: the trust. It is only when dancers let me close to their soul – in this way you can take truly meaningful pictures in the backstage. This can’t be hurried. It takes a lot of conversation and mutual respect is important. I never did interviews, I just talked with them. If someone shared a private story with me, I would tell them one. They had to feel that this was not a job for me, I was really curious about them and I respect them for being so passionate about ballet.

Ballet is seen by the audience as light and airy. I see it in the backstage heavy and often painful. But dancers know exactly that suffering comes with Ballet. This is their life, they have done all this in their infancy, from the age of five or six. I once wrote an article about Ballet students to which my editor gave this title: Selected ones.

I found it very apt, because they are really special, chosen children. Dedicated, humble, perfectionist. If it hurts, it won’t show either. Of course, there is the pain that you can’t withstand without crying, but that’s for the backstage. They only have a few minutes to drop tears and then they come with a smile back to the stage. The viewer can never see the difficulties of ballet.

The secret of my photos lies in the dedication of the dancers and the technical knowledge of my camera. It took some time for the Ballet students to get to know me and trust me. But no matter how strong the relationship between us, I would never be disrespectful to them in the backstage. I have to leave space between them and my camera. For this, I found two perfect lenses: with the 75mm F1.8 and 45mm F1.8 lenses, I can produce sharp detail from multiple distances. I admit, I don’t usually take other gear with me to the backstage. I like to adjust the aperture on the camera, and I find the Olympus Pen-F’s built-in black and white mode stunningly beautiful! Many times I see the world of Ballet in black and white, so I like to set the control dial on the frame to the monochrome mode.

I have a special, life-changing picture. The story is as follows: in December 2018, one lecture of The Nutcracker was going on the Hungarian Dance Academy. During the break, I stepped out from the backstage into the locker room, where I saw three ballerinas sitting on the floor, and trying to refit their pointe shoes for the next act. I greeted them and saw that one of them had ugly scars on her feet. I clicked without thinking.

The ballerina smiled at my reaction. For her, scarred feet were a daily sight. According to her, it didn’t hurt, she just looked like that after the dance. At home, I really saw what kind of picture I was taking. All the details were sharp, the contrast between the pink tutu and the scarred feet creating a special effect. This photo has given me several awards: in May 2019 I won a photo competition, a major professional prize and a special prize, too.

I have had special experiences in the last four years in the Ballet world. I never thought I’d have anything to do with this art. Many people believe that I was a ballerina and dance was a part of my life. They are always surprised when I tell them that: I have two brothers who are soldiers, so I wanted to be a fighter pilot, for example. I am grateful to those who believed in me and advised me to show my pictures in my books.

Supporting Olympus Hungary was crucial to me, as they helped me find the perfect lenses and always welcome my success.

I would like thank the Olympus Hungary’s team for the support. 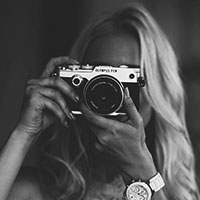 “My name is Livia Czank. I live in Budapest, Hungary, and I’m a journalist. Ten years ago I started writing articles and interviews for women’s magazines (Marie Claire, Glamour, ELLE) and since 2015 I’ve written three books.”

"My name is Livia Czank. I live in Budapest, Hungary, and I'm a journalist. Ten years ago I started writing articles and interviews for women's magazines (Marie Claire, Glamour, ELLE) and since 2015 I've written three books."

Posted on September 6, 2020September 3, 2020by Nick Wilson
My name is Nick Wilson, I am a 36-year-old husband, Father, and freelance photographer. I am lucky enough to call Mesa, Arizona my home. I have a very wide scope of work ranging f…
END_OF_DOCUMENT_TOKEN_TO_BE_REPLACED
Categories INSPIRATION

Posted on September 11, 2020September 11, 2020by Torjan Haaland
My interest in photography started early in my studies at the age of 22. The first camera I ever bought was the Canon EOS 450D. A great starting camera at that time, and the camer…
END_OF_DOCUMENT_TOKEN_TO_BE_REPLACED
Categories INSPIRATION

Posted on September 4, 2020September 3, 2020by Dániel Molnár
I am not a professional but an enthusiastic fan of photos who loves visual arts. I live in the capital of Hungary, Budapest, and I work for an International insurance company. As …
END_OF_DOCUMENT_TOKEN_TO_BE_REPLACED
Categories INSPIRATION

Posted on September 8, 2020September 3, 2020by Ilaria Gavazzi
My name is Ilaria Gavazzi, I'm 53 years old and I'm Italian. I'm a hospital nurse and work in a dialysis ward. I live in a small town in Tuscany and the countryside is very close …
END_OF_DOCUMENT_TOKEN_TO_BE_REPLACED