“One Shot, One Kill.” This may sound like an unusual way to introduce an article about photography, and the title is probably stranger yet – almost like a plot for the next James Bond movie, if Bond carried a camera instead of his famous Walther PPK. Allow me to explain.

I’m one year into my third attempt at learning photography, past attempts having been “overcome by events” at different stages in my life. I was always interested in photography because my father had a great love and talent for it. I learned about the exposure triangle at a young age. When I finished high school, my father got me a Pentax 35mm film camera with manual controls and a 50mm lens.

It was a fantastic camera and I learned the basics, but tired of expending so much film — and time — just seeing whether my shots had turned out well. After college I got into the emerging Digital SLR boom with Canon’s first Digital Rebel and learned much from this camera, mainly owing to the immediate feedback of digital imagery. I took it on a few trips, and photography progressed in fits and starts, but when smartphone cameras really came into their own around 2010, these largely replaced all other forms of photography for me.

This was especially true for the small children I had at that time — chasing toddlers around parks with bulky DSLRs hung around my neck was unpleasant! And so I completely lost touch with what the photography world was doing.

I discovered the Micro Four-Thirds system in the summer of 2018, after returning from an amazing trip to the Canadian Rockies in Alberta, with only smartphone photos to show for it. During the hikes through the gorgeous landscapes, I often thought “Someone should make a compact camera with interchangeable lenses, that’s easy to bring on hikes, but doesn’t cost a fortune!” I was motivated to look into photography again, and quickly learned how advanced small mirrorless cameras had become.

After a bit of research, I decided on the Olympus OM-D EM-10 Mark III, which I purchased refurbished from Olympus at a very reasonable price, including the 14-42mm pancake kit lens. Soon after, I found the 25mm and 45mm prime lenses together, also used, from an online camera exchange. I purchased the compact 40-150mm f4.0-f5.6 new for barely more than $100 USD. To these, I added a very small Godox TT-350 speed light and compact travel tripod. I now had a camera kit that traveled easily, fit entirely into a small, inconspicuous travel backpack, and covered almost any scenario I could encounter.

I quickly discovered that post-processing is an art and science in itself, no less important to digital photography than a real darkroom is to film. I bought a license for the Luminar software, which is easy to use and carries no recurring fees. I have now captured and processed hundreds of raw images from my Olympus system, learning more with every pixel. I was beginning to think of myself as an amateur photographer, and not just as a guy with a camera.

And this brings me back to the present…

My wife and I booked a trip to the Caribbean island of St. Lucia for our 15th wedding anniversary. Simply flipping through online galleries, I knew immediately that this was a place brimming with opportunities for photographs. It is also a place that has been photographed an almost infinite number of times already. I wanted to find a way to take my own photographs and to get something unique from this experience.

I simply Google searched “St. Lucia photography tours,” hoping there might be a tour guide who could take us to the best spots for photographs. And then I discovered that and more — Kirk Elliott. Kirk is a professional photographer, photography instructor, and tour guide — a man of many talents! I contacted him through his website and soon had a great conversation with him over the phone in which he covered all the ins and outs of the tour we’d take with him.

We’d learn pro tips for getting better pictures, see the most scenic spots around the island, and have a photography coach with us for every shot we took. He completely understood what I was going for — I wanted to not just take photos, but to take my own photos, that would be a part of our story. How could I say no to this? I booked it! 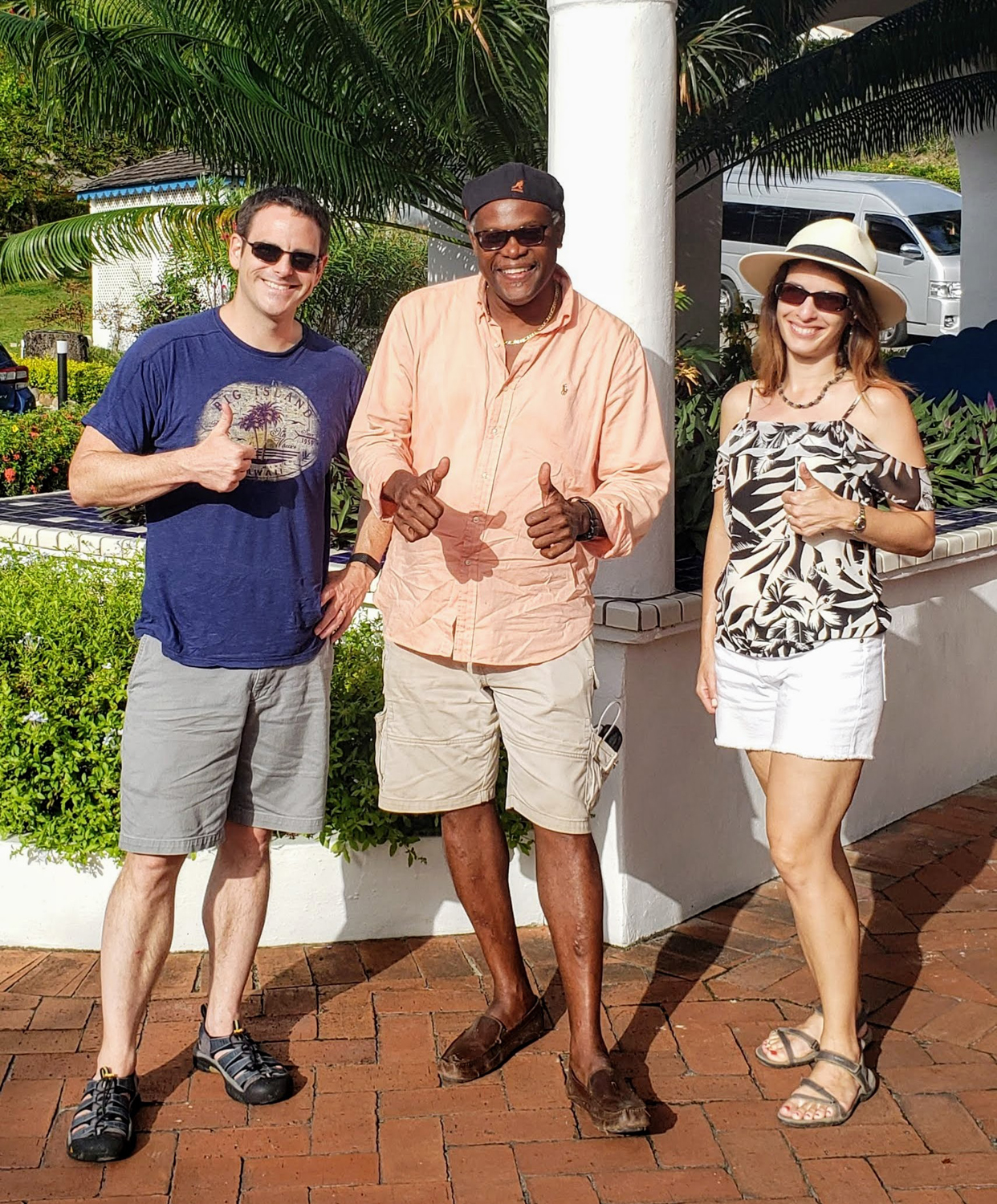 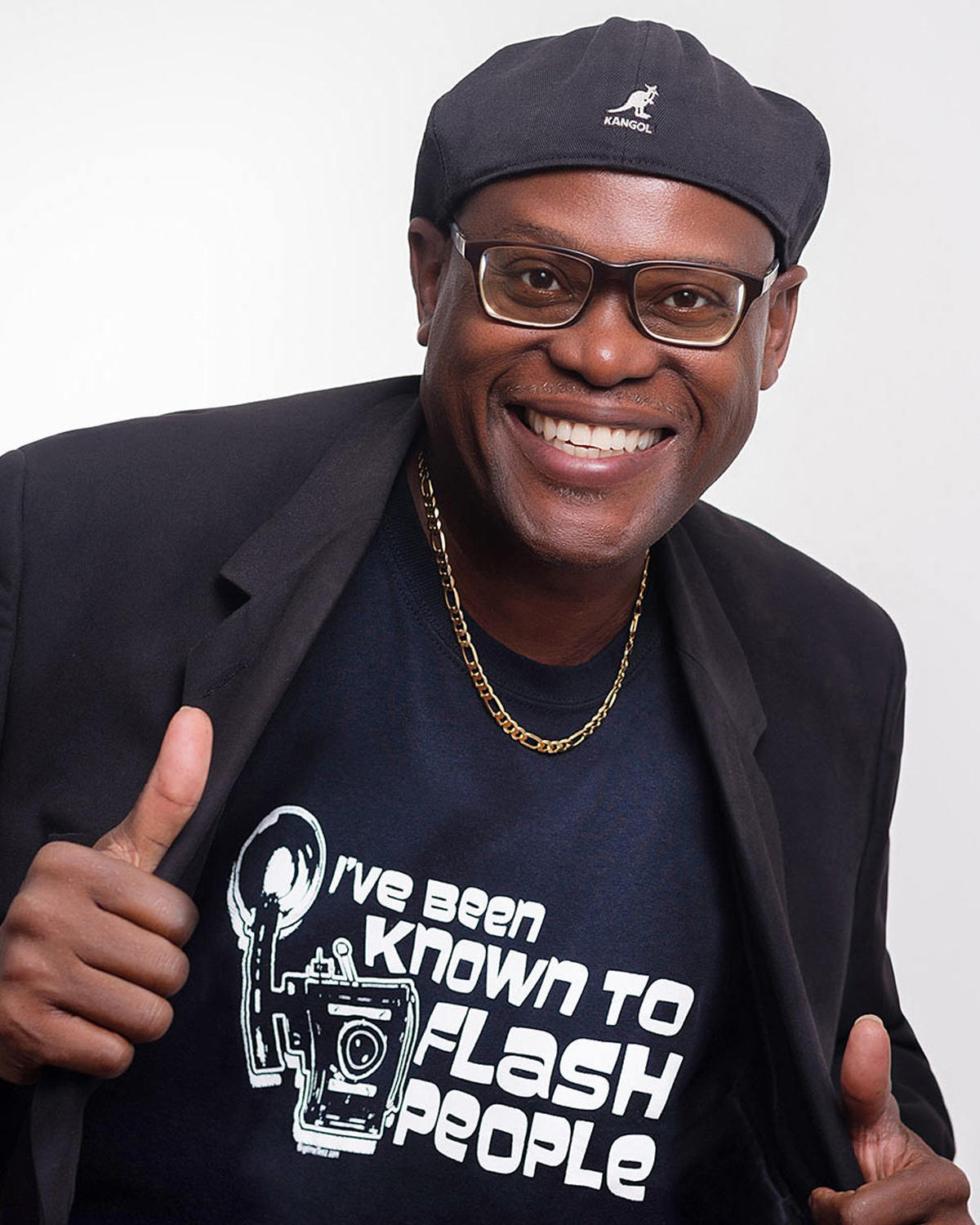 And then, in a moment of self-justification, I decided to also finally step up to a lens I’d been eyeing for a long time — the Olympus PRO 12-40mm f2.8 zoom. What a lens! Solid, weather-sealed, beautifully built and tack-sharp. Larger and heavier than the lenses I had, but still smaller than even the kit lenses of many digital SLRs. I knew this would be the lens I’d use for my St. Lucia trip. With it, I brought my 40-150mm zoom lens, my speed light, and a lot of enthusiasm. With only a few pounds of gear, I was ready to take on almost any photo I’d encounter.

Our first excursion on the island was Kirk’s tour — strategically timed so that I could apply the experiences to photos for the rest of our week. He began with a recap of the exposure triangle and his unique way of explaining how he conceives of light being collected — it’s always good to revisit basics and get different perspectives. From there we toured some of the most scenic areas in northern St. Lucia, including the city of Castries — a great place to practice street scenes, and especially to work with roads and buildings to create unique perspectives.

While in Castries we visited the Cathedral of the Immaculate Conception, opened in 1894 and a landmark on the island, and also great practice for low light photography.

Our stop for lunch at a local spot known as “Under the Almond Trees” provided a great opportunity to get to know Kirk better, his love for photography equaled by his love for the island and his interest in promoting sustainable tourism that benefits the local economy. It also proved a great opportunity to photograph the colorful foods served, as well as to practice some flash photography under outdoor awnings, while dealing with backlit conditions.

Finally, we spent a good deal of time at scenic Marigot Bay, where there were countless opportunities to photograph the bay itself, as well as the many boats and ships located around the harbor.

My time with Kirk impressed two things upon me.  The first was an artistic flair that comes from looking carefully for unique perspectives on subjects — perhaps getting up higher or lower for a better angle, or rotating the camera to turn otherwise distracting features into leading lines that draw the eye.

The second was a deliberate, careful approach to taking pictures that Kirk likes to call “One Shot, One Kill” — in an age in which digital cameras and post-processing make it easy to fall into the lazy mentality that says “We can always fix it later,” he pushes for real consideration in composing every shot.

What will your viewers see? What story are you telling? How can you take the shot in a way that minimizes the need for post-processing, or even eliminates it? I realized that, even in a scenic paradise that has been photographed by thousands of people, it is indeed possible to capture unique scenes that tell stories that haven’t been told before.

This mindset transforms photography from just taking pictures, to critically searching for unique scenes presenting original perspectives on the familiar, and carefully planning for “One Shot, One Kill.” We coined a new term that day — “Photo Assassins” — that I’ll never forget.

I spent the remainder of my week looking for these opportunities and capturing some of the best photos I’ve ever taken. I’m still learning and far from an expert, but to experience such an improvement in so short a time fuels my enthusiasm for whatever comes next!

I’ve returned to my native hometown in Ohio with a new determination to be more deliberate in looking for stories that deserve to be told. I’d fallen into a mindset that said: “there’s nothing interesting here, where I live, so I’ll have to travel to find scenes worth capturing”. That isn’t true for me, and it isn’t true for anyone. There are stories waiting to be told everywhere, from a Caribbean paradise to a small backyard flower garden in Ohio. As photographers, we simply have to learn to see them for what they are — to pursue them until they’re captured — and to make each shot count.

We can all be Photo Assassins. We don’t need the latest gear or the newest software. What we need is a willingness to look for new perspectives and Kirk Elliot’s contagious enthusiasm.

But it certainly helps to have an Olympus camera! My EM-10 and my 12-40mm lens will be with me on many more adventures, as I look for the next story.

Bill Turri lives in Ohio with his wife and sons. He first explored photography after graduating from high school, with a Pentax 35mm film camera, and dabbled in digital photography with a Canon DSLR after college. He’s returned to photography with a passion after discovering the Olympus OM-D cameras and the wide array of Micro Four-Thirds lenses. The compact size of MFT gear, and affordable prices, have allowed him to put together a very capable system at a very reasonable cost, small enough to have with him wherever he goes.
His interests include travel, primarily to pursue outdoor activities, and his Olympus camera gear supports this lifestyle perfectly. Professionally he works as an engineering manager, supervising a university-affiliated group of about 70 researchers in the field of high-performance computing and image processing, and also works as a trainer and coach of emerging leaders within his organization.

Bill Turri lives in Ohio with his wife and sons. He first explored photography after graduating from high school, with a Pentax 35mm film camera, and dabbled in digital photography with a Canon DSLR after college. He’s returned to photography with a passion after discovering the Olympus OM-D cameras and the wide array of Micro Four-Thirds lenses. The compact size of MFT gear, and affordable prices, have allowed him to put together a very capable system at a very reasonable cost, small enough to have with him wherever he goes. His interests include travel, primarily to pursue outdoor activities, and his Olympus camera gear supports this lifestyle perfectly. Professionally he works as an engineering manager, supervising a university-affiliated group of about 70 researchers in the field of high-performance computing and image processing, and also works as a trainer and coach of emerging leaders within his organization.

Posted on May 24, 2022May 23, 2022by Enrico Simeon
Hi, my name is Enrico, I am 33 years old, and I live in a small town on the outskirts of Udine, in Friuli Venezia Giulia, in the northeast of Italy. I am a biologist, and I work a…
END_OF_DOCUMENT_TOKEN_TO_BE_REPLACED
Categories INSPIRATION

Posted on May 11, 2022May 11, 2022by Heinrich Lischka
I was born in Poland in 1968, and when I was 20 years old, I left for Germany. I have been working as a graphic designer for over 20 years. I live in Germany in Leipzig. In the 90…
END_OF_DOCUMENT_TOKEN_TO_BE_REPLACED
Categories INSPIRATION

Posted on May 5, 2022May 5, 2022by Axel Mols
I’m Axel, a 35 year-old amateur photographer and professional chef. I live in a small city in the south of the Netherlands, called Tilburg. In my spare time, I am a bit of a he…
END_OF_DOCUMENT_TOKEN_TO_BE_REPLACED
Categories INSPIRATION

Posted on April 29, 2022April 29, 2022by Laith Stevens
It is fantastic to have another of my stories featured in this wonderful magazine. I enjoy passing on my knowledge and experiences with my much-loved Olympus cameras and M.Zuiko l…
END_OF_DOCUMENT_TOKEN_TO_BE_REPLACED