When we married in 2004, my wife and I chose the beautiful Spanish city of Salamanca to spend our honeymoon. Due to the sandstone used in the construction of its historic buildings, the golden tone that the city acquires in the late afternoon when the sunlight strikes is of extraordinary beauty.

Founded in the first millennium BC and having been inhabited by various peoples, from the Roman Empire to the Muslims, you can see the historical richness of this city, classified as a world heritage site by UNESCO since 1988. Therefore, its streets invite visitors to travel walk them, exploring them without haste, and invariably go to the Plaza Mayor (“Main Square”), the center of the city.

After 15 years we decided to return to Salamanca, this time with our 3 children. The accommodation offer is varied and we easily booked through Airbnb an apartment for the 5, a few minutes walk from the Plaza Mayor. In fact, during the days that we stayed the car was not necessary, because it’s easy to walk through the historic center on foot, being even the best way to discover the immense details and charms of the city.

Obviously, in 2004 I was equipped with my camera and now… as well! Fifteen years ago I took a small 3.1 megapixels compact from Nikon, my first digital camera. And now on this 2019 trip, my Olympus E-M5 mark II equipped with the Olympus 25mm f/1.2 Pro. However, as you all certainly understand, on a family trip either we focus on photography or we pay the due attention to the family. Doing both simultaneously is simply not possible. So I decided to be with my family, taking only a few occasional and carefree photos, just to keep a record of these incredible days we spent here.

However, being equipped with a f/1.2 lens gave me an idea… “How about taking pictures at night?” At the end of that day, we had dinner, the little ones watched television with their mother and I grabbed the camera for a short walk, without any high expectations, only with the goal to focus exclusively on Photography for a just a bit more than an hour.

Getting down in the elevator I still had time for a selfie… Now with some white hairs. What a difference for 2004!

The evening is pleasant and the streets are busy, with people coming in and out of the various restaurants and pubs. The Plaza Mayor remains lively and at night it’s possible to capture the fantastic contrast of lights on the illuminated facades.

The E-M5 MkII behaves beautifully, small, discreet, fast. And although the Micro Four Thirds sensor has its limitations in low light conditions, with this wide aperture lens I was able to maintain ISO values between 200 and 800, and only very occasionally I needed to adopt higher values, such as ISO 2000.

The focus is silent, fast and accurate. There were very rare occasions when the camera hesitated to focus, only in very particular situations like this below, in which the light of the headlights of the cars focused directly on the lens.

Arriving by the river, and although I’m not a landscape photographer and didn’t have a wide-angle lens or a tripod here, I could not resist crossing the Roman bridge to photograph the city seen from across the river.

To tell you the truth I hate to use a tripod. I like to use the camera in a small messenger bag, where there is no space for such accessories. When I’m shooting I like to have mobility, to shift easily to different points of the same place, to try new angles, and the tripod would delay the whole process. During this small walk I didn’t even use the bag, I brought only the camera in my hand and a spare battery in my pocket, which was not necessary.

Crossing the bridge again, I start climbing towards the Cathedral. To my surprise, the events of Holy Week had already begun and I came across a procession. I wanted to photograph but it wasn’t easy to find a frame that I liked. There were a lot of people watching, but I wanted to keep them out of the photo’s framing. Some streets had store windows, which were totally disassociated from the medieval atmosphere of this procession.

If I had here a 45mm instead of 25mm, with the narrower angle of a 90mm equivalent lens, I might be able to isolate the participants of the procession and leave out of the frame anything that didn’t matter to the picture. Being limited to the 25mm lens, I am forced to look for new frames, I move around them to try different angles. It’s in these occasions that the advantage of a small mirrorless system is perceived, offering a great freedom of movement and, with permanent live view on the articulated LCD, it allows to easily frame the photo from different angles, either with an arm stretched in the air, or close to the ground.

Making a final evaluation of the E-M5 MkII, despite the fact that it has been 4 years since its launch date, it is still quite capable and has features that we won’t find in the current competition. Undoubtedly the E-M1 MkII is a superior camera in all aspects, be it the sensor, the stabilization system, the battery life. But in essence the Micro43 system is perfectly embodied in the E-M5 series: compact, robust, technologically advanced. So I’m looking forward to the launch of a future E-M5 MkIII.

The 25mm f/1.2 lens is absolutely fantastic and one of the best investments any Micro43 user can make. Silent and fast focus, producing images with immense detail. The only weakness I can point to is not strictly about the lens, but the use in conjunction with a small body like the E-M5 MkII, which becomes a bit unbalanced (front heavy). The M.Zuiko Pro series of lenses are certainly more suited to the E-M1 MkII / E-M1X bodies, while the E-M10 MkII / MkIII and the E-M5 MkII series become more balanced with the M.Zuiko Premium lenses, such as 25mm f/1.8 or 17mm f/1.8.

The camera settings for this short evening stroll were exactly the same as I use it more than 90% of the time. When I’m shooting I like to focus on the subjects in front of me, not the camera. So I give the camera the task of making most of the choices, trusting that it will make the right decisions. I use aperture-priority mode, which I like to select myself, either for the sake of depth-of-field control or to keep the shutter speed and ISO values within acceptable parameters. Only when I wish to use lower shutter speeds for some creative effect, I switch to manual mode.

Back in the apartment, I feel this little walk was worth it. None of the images is especially interesting, but during this short period of time I was able to focus exclusively on photography.

Being these small and pleasant vacations over, I leave with a certainty, one day we will return to Salamanca. 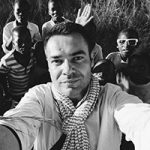 Co-founder of the Olympus Passion Project.
Travel and documentary photographer from Portugal, using mirrorless cameras since 2012.

Co-founder of the Olympus Passion Project. Travel and documentary photographer from Portugal, using mirrorless cameras since 2012.

Posted on September 6, 2020September 3, 2020by Nick Wilson
My name is Nick Wilson, I am a 36-year-old husband, Father, and freelance photographer. I am lucky enough to call Mesa, Arizona my home. I have a very wide scope of work ranging f…
END_OF_DOCUMENT_TOKEN_TO_BE_REPLACED
Categories INSPIRATION

Posted on December 17, 2020December 15, 2020by Fernando Rui Pinto Varejão
Hello everyone, my name is Fernando, I'm 48 years old and I'm from Amarante, a small but beautiful city in the North of Portugal. I work in the city of Porto, which is about 60 km…
END_OF_DOCUMENT_TOKEN_TO_BE_REPLACED
Categories INSPIRATION

Dog’s life through a lens

Posted on December 15, 2020December 15, 2020by Nina Kalkkinen
My name is Nina Kalkkinen. I am 31 years old and after having lived almost half of my life in Spain, I now live in my home country Finland, where I work part-time as a Finnish-Spa…
END_OF_DOCUMENT_TOKEN_TO_BE_REPLACED
Categories INSPIRATION

Posted on December 8, 2020December 8, 2020by John Pryke
Gidday! My name is John Pryke, a freelance photographer living in Brisbane, Australia. I have spent the last 37 years as a photographer, using different cameras, both film and dig…
END_OF_DOCUMENT_TOKEN_TO_BE_REPLACED