Lucban is a small town in the province of Quezon, a large province in the island nation of the Philippines. Legend has it that a diwata, a powerful nature spirit, settled on the foothills of the enchanted mountain, Banahaw, and her presence made nature’s bounty flourish – with lush springs, rivers and rich forests.

Because of this, people started settling in the nearby regions. One of their chief celebrations was hanging food and vegetables for their departed relatives who visit their old houses during the feast of Galungan. Thus started the pre Christian origins of the Pahiyas festival.

Three adventurers from the nearby town of Majayjay lose their way in the footsteps of the mountainous vastness of Banahaw. They are lead to a beautiful grove by the chirping sound of kingfishers. Resting under the shade of a pomelo tree, locally called a “lucban” tree, they are attracted by the natural beauty of the place and take the sign of the singing kingfishers as a portent of good fortune and decide to stay. Thus they name the place Lucban, and that, at least according town’s oral tradition, is how it was formed.

During the Spanish Colonization (the Philippines was a colony of Spain from the 15th to the late 19th century), a church was built in the town of Lucban during the 1600’s.  And to further intensify the Filipinos’ devotion to Christianity, the priest requested the farmers to bring in select farm produce as a form of thanksgiving and sacrifice to the Lord Jesus.

The following year, the farmers were greeted with an impressively bountiful harvest, intensifying their belief that their prayers and sacrifice were heard and heeded thru the intercession of Saint Isidore, the patron of farmers. Years pass and the annual celebration continued but the growing town and greater bounty made the church too small a venue for the annual celebration.

It was decided that the produce would be displayed in front of the houses, as the statues of the saint and Christ parade around town, and the priest blessing both the people and the harvest. As time passed, the townsfolk would make more intricate and elaborate décor out of their harvest as a kindly competition to outdo their neighbors ensued. This transformed the celebration into what many consider the fiestas (local celebration) to end all fiestas.

Originally called the Festival of San Isidro, its name was officially changed during the 1970’s to “Pahiyas”, which is taken from the local word “Payas” which means “to decorate”. Celebrated every 15th of May, it is preceded by  the Tiangge at Lucban, a street market that showcases the agricultural produce, handicraft and home-made food delicacies of Lucban. The Pahiyas has been instrumental in the development of the town.

Although an annual event, many local restaurants, inns and lodges have sprouted to accommodate tourists and visitors.  There is also the nearby shrine of “Kamay ni Hesus”, a pilgrimage site visited most especially during the Christian holy week, that also adds to the tourism and popularity of Lucban. As one of the majot festivals in the Philippine calendar, it’s wise for one to book months ahead as accommodations are difficult, if not impossible, to find during the days leading up to the festival.

I set out to capture the beauty and uniqueness of the Pahiyas with my Olympus E-M5II and Laowa 7.5mm f/2.0 manual lens. I knew I’d need a wide lens since I would have to get quite close to the houses to avoid tourists taking selfies. I also knew that deploying a tripod in the crowded streets, most of which were just wide enough for a single vehicle, would be next to impossible.

I also decided to shoot at night as the colorful lights would make a great complement to the already vibrant fruit and vegetable displays. Because of this, I needed to shoot at higher ISOs; and the IBIS of the E-M5II proved to be a great boon. All my shots were handheld, in very low shutter speeds and wide open.

However I think the results came out quite pleasing; a combination of the great features of the Olympus camera and the optical qualities of the Laowa lens. Indeed, shots at 0.6 seconds or even 1/6 seconds would be close to impossible with other systems.

Many say that micro four thirds cameras are not good in low light; and there is some truth to this. It is therefore important to pair our mft cameras with fast lenses to mitigate this disadvantage – and paired with the mobility of the system plus the great in body stabilization, a micro four thirds system can do very, very well in these situations.

Many also say that ultra wide lenses are not great for travel photography; and again, there is some truth to this. But as these pictures show, there are situations when an ultrawide, especially a fast one, can have major and unique benefits to the travel or events photographer. A capable combination indeed.

(Note: the images taken by Robert Baynosa were taken during the Pahiyas festival of 2018) 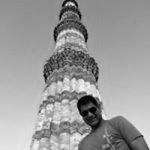 “I am Robert Baynosa, a 48 year old entrepreneur and photo enthusiast who works and lives in the bustling city of Manila, Philippines.”

"I am Robert Baynosa, a 48 year old entrepreneur and photo enthusiast who works and lives in the bustling city of Manila, Philippines."

Posted on May 13, 2020May 13, 2020by Hugo Pinho
Most of my work, what I really like to do, is documentary photography and that usually involves making portraits. But unlike the studio photographer who is able to manipulate ligh…
END_OF_DOCUMENT_TOKEN_TO_BE_REPLACED
Categories INSPIRATION

Posted on May 5, 2020May 5, 2020by Szilveszter Nemeth
Hi Everyone, let me introduce myself:My name is Szilveszter Nemeth. I am from Hungary. I am working as an SAP specialist. I wanted to challenge myself professionally so I moved to…
END_OF_DOCUMENT_TOKEN_TO_BE_REPLACED
Categories INSPIRATION

Posted on April 29, 2020April 29, 2020by Miquel Serra
My name is Miquel, I am 22 years old and I live in Catalonia, Spain. I am a university student, currently doing an Erasmus in Scotland in Business and Economics. My interest in ph…
END_OF_DOCUMENT_TOKEN_TO_BE_REPLACED