Travel and nature has been my great passion. So, I got into diving during my mid 20’s and started venturing into underwater photography and videography during the mid 2000’s. This is where I first got introduced to the Panasonic Lumix ZS3, which took average pictures but great video.

However, by early 2012, I started developing health issues that prevented me from diving as much as I wanted (a busted eardrum and skin allergies, to name two). During 2015, I did buy an upgraded underwater kit, the Olympus E-PM1 and its underwater housing, which was my first introduction to Olympus cameras and the Micro Four Thirds system. But alas, my health issues took the better of me, and I had to give up diving all together. With an unused, new camera (which was actually not a new model at 2015) and an urge to still ‘connect’ with nature and travel, I delved into the world of ‘topside’ photography. 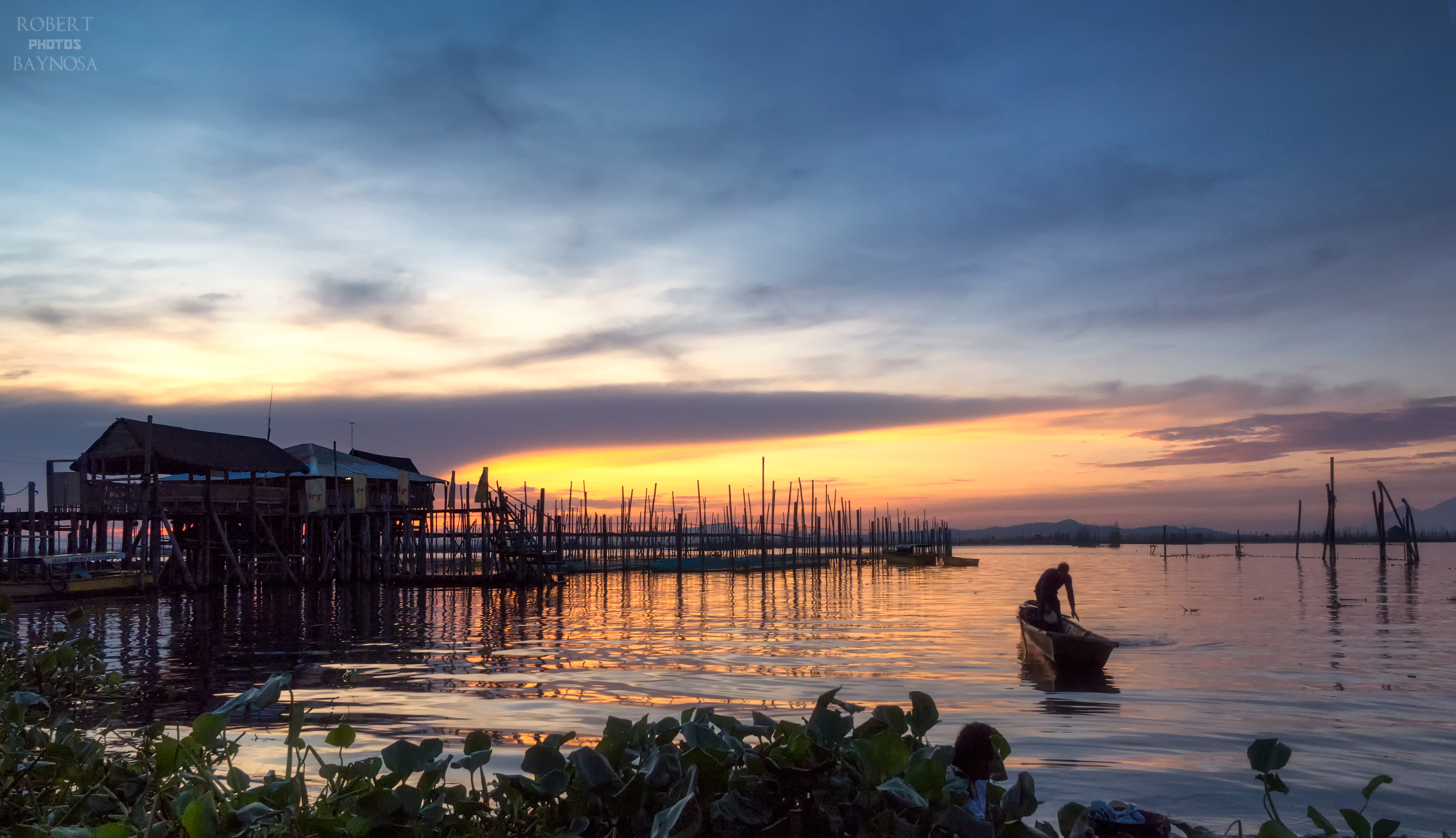 Now, I’ve had some basic training in photography in High School, where I joined our photography club. So, I knew the basics of the exposure triangle, metering and composition. But alas, photography during the 80’s (film) photography was just too expensive a hobby for a student as myself and my stint with the photo club didn’t last that long. 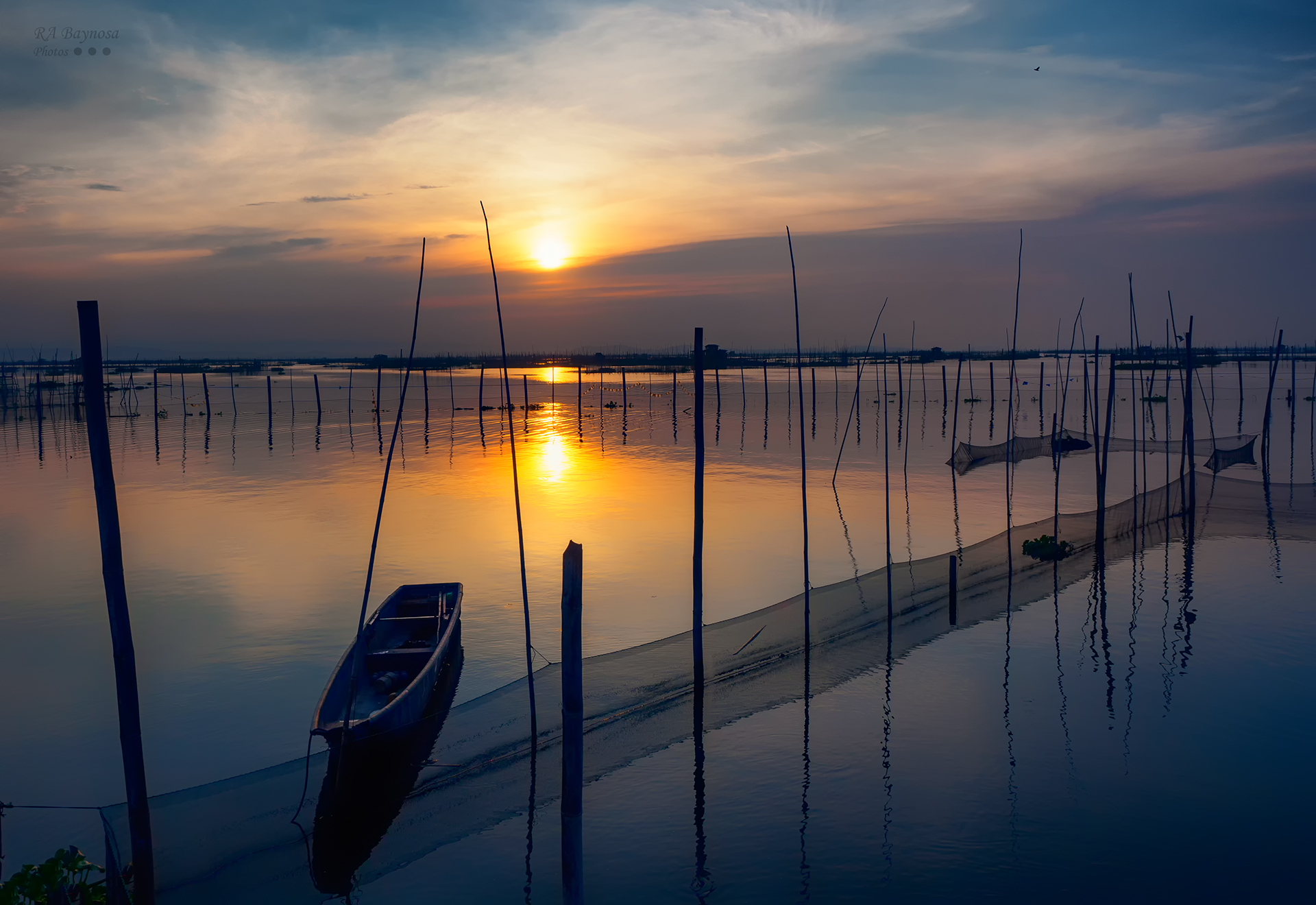 My interest in photography never died (though it did wane through the years), but with my new E-PM1, I had the opportunity to indulge in the previously inaccessible hobby. I loved the E-PM1 as I could take it anywhere and this portability helped me develop my photography faster than usual, as I was taking snap after snap, almost every day. By 2016, I found a buyer for my E-PM and underwater housing and upgraded to the Olympus E-M5ii, my present camera. I have since bought an Olympus 12-40mm f/2.8, a Panasonic 100-300mm II and a Mitakon 25mm f/0.95 to round up my present gear. My purchase of the EM5ii seemed to coincide with my interest in landscape photography so I consumed as much Youtube tutorials and attended a workshop on the subject matter. YouTube was helpful indeed, and some people have learned all there is to learn through it, but I found the more structured teaching environment of a workshop, with personalized critique and feedback; and the opportunity to meet like minded photographers, an invaluable tool to my development. I also added a set of Formatt-Hitech Firecest square filters to my kit.

These days, I get to shoot with people using different systems, a lot of them full frame and I have had the opportunity to test their gear also. Some have tried to convince me to try other cameras, as they claim that the small sensor and lenses of the Olympus and Micro Four thirds system isn’t ideal for landscape and even travel photography. 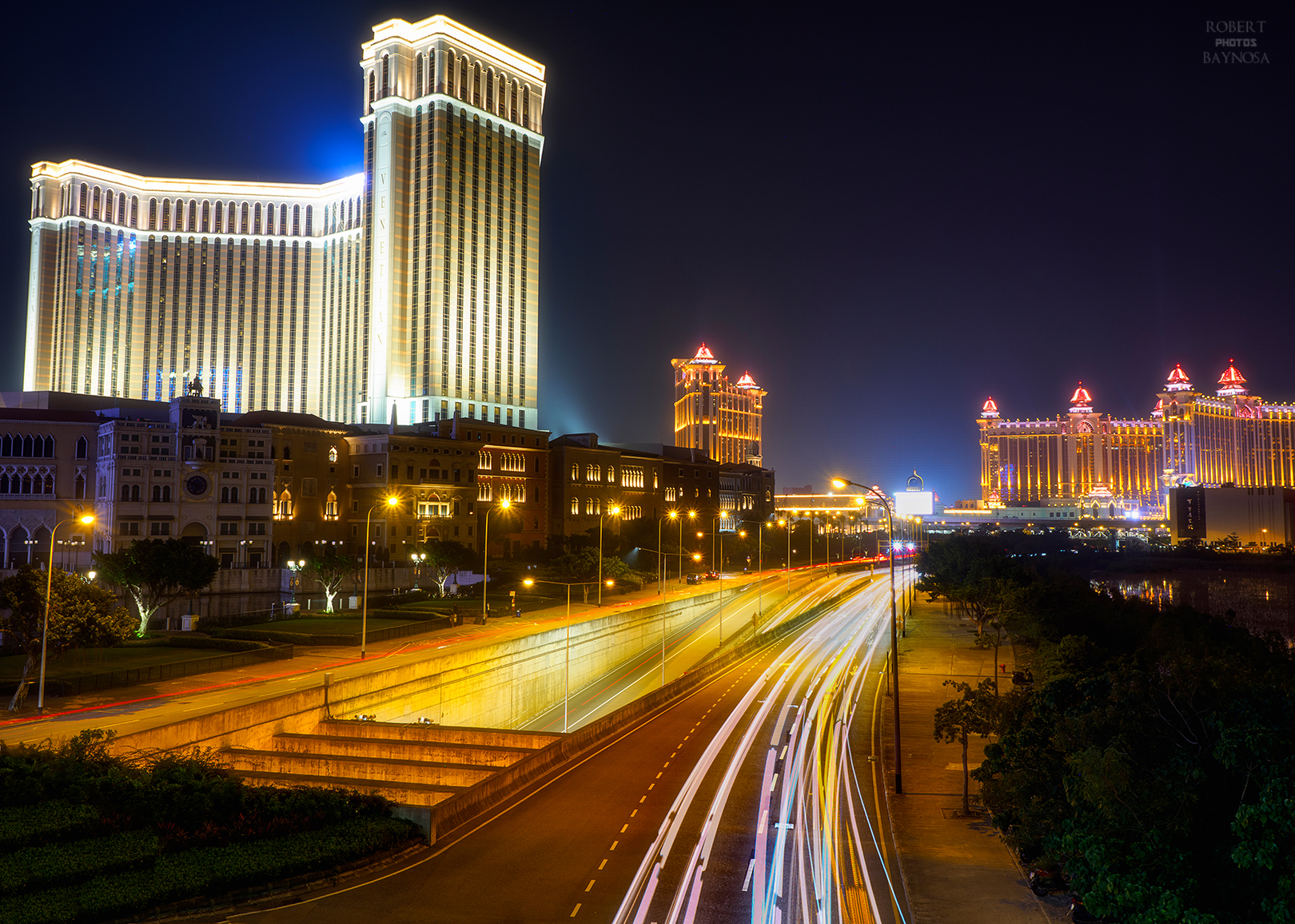 But even with all I’ve seen, watched and tested, I’ve elected to stay with the Olympus system. Here are some of the reasons why. I’ll talk about some of the features that work for me, but I won’t be talking about how to use these features, as that would be better served in other articles.

Olympus colours and depth of field. I love the way Olympus renders its colours. I find it particularly attractive in sunset, sunrise and twilight scenes. I find there to be the right amount of vibrance and saturation with good contrast; and this gives my raw files very good base colors and makes editing in post easier.

Another distinct advantage is the wider depth of field Micro Four Thirds provides. I know a lot of people complain about the lack of ‘bokeh’ in the system. But a wide depth of field is a great boon for landscape photography. Being able to shoot at an aperture of 4 to 8 where the lens is sharpest while having everything in focus is huge. Also, I find travel images that incorporate the whole scene, even with a foreground main subject, compositionally stronger rather than a blurred out background, so again I see the wide depth of field as a plus for travel images. 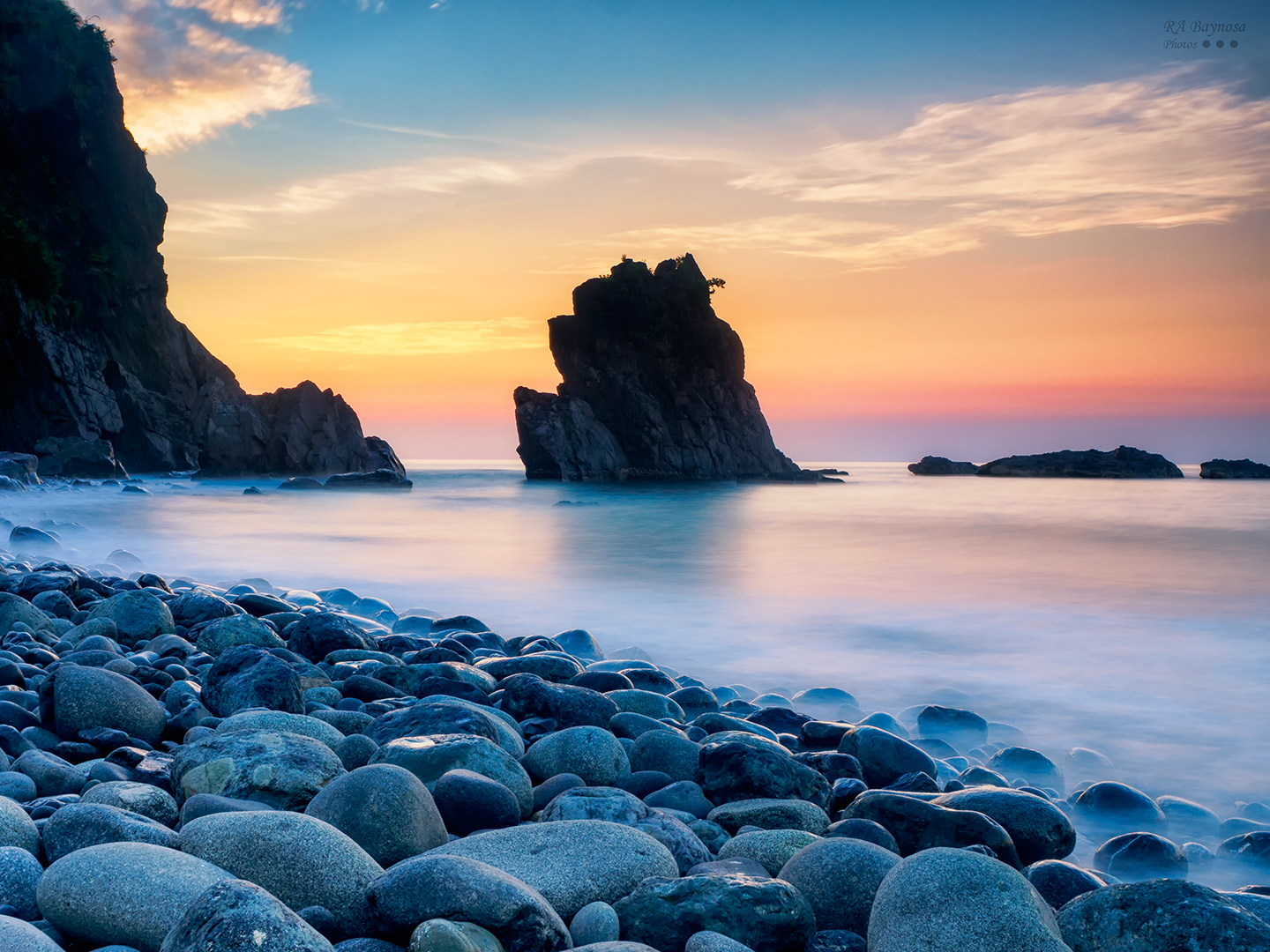 Lens selection. Outside of Canon and Nikon, I believe the Micro Four Thirds system has the third most robust lens selection, especially impressive because it is a fairly new mount. Also of note, is the wide price range of lenses available so one can build a pro lens system, a budget rig or a hybrid of the two. Since it is also the smallest sensor among the interchangeable lens cameras, it can take virtually any other non native lens with an adapter. Fast focus may be an issue (at least with the contrast detect cameras like the EM5ii) but for landscape and travel, fast focus isn’t really a significant priority, at least with the way i shoot my photos. 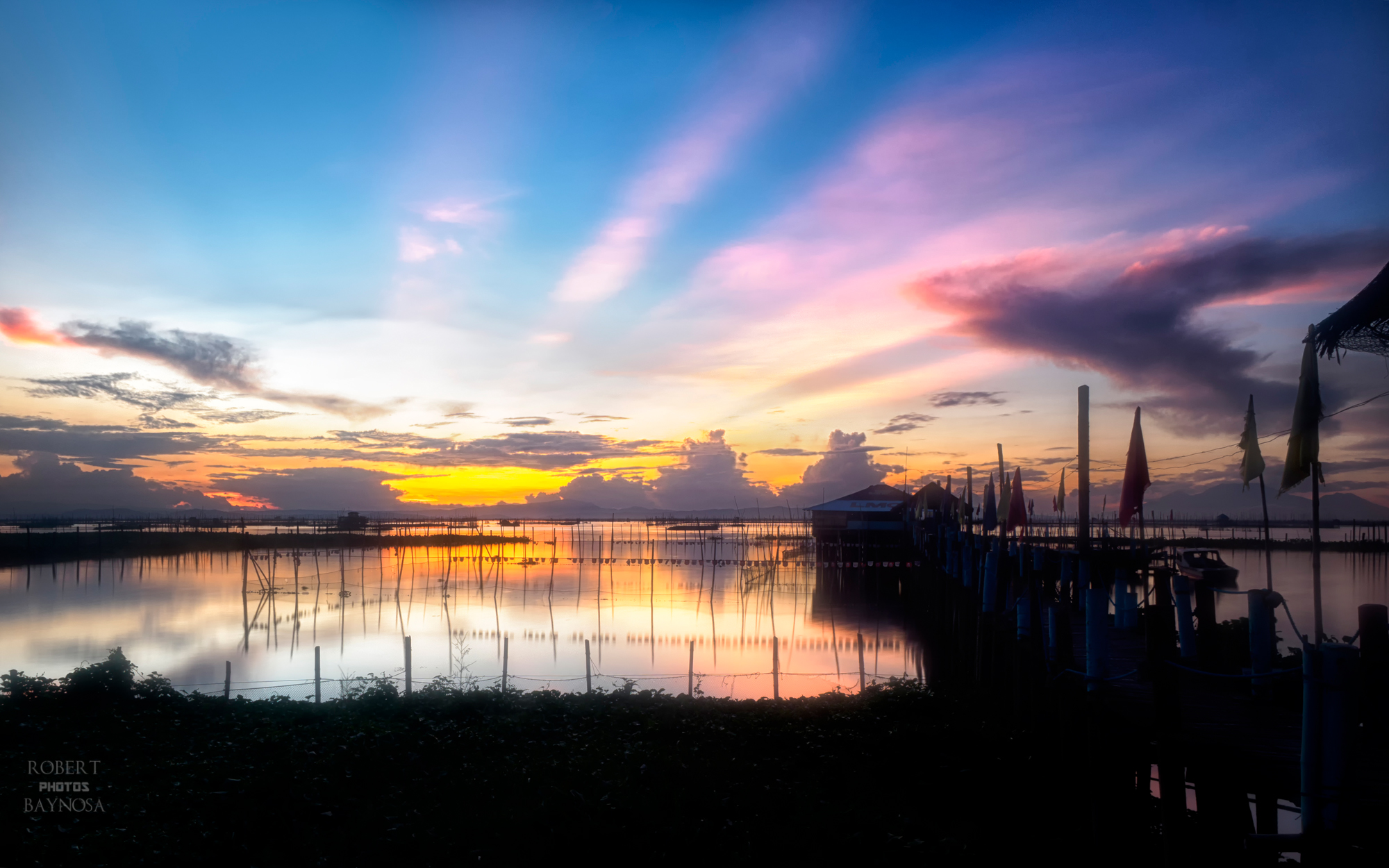 Hi-Res shot. Of course it can only be used with a tripod, and with fairly static images – but for landscape and cityscapes, it is quite ideal. I don’t necessarily need the extra pixels, but the 3 or 4 stops cleaner output due to the stacking of 8 images gives me much greater post processing leeway and a cleaner base image when I need it. I’m also not bothered much by most of the moving artifacts, as it simulates the appearance of slow shutter or long exposure, and one can blend them out if needed (using the original file). I find myself using this feature more these days when capturing the more static scenes. Here’s hoping they improve on it in coming models by introducing handheld hires shot and the ability to shoot longer than 8 secs. 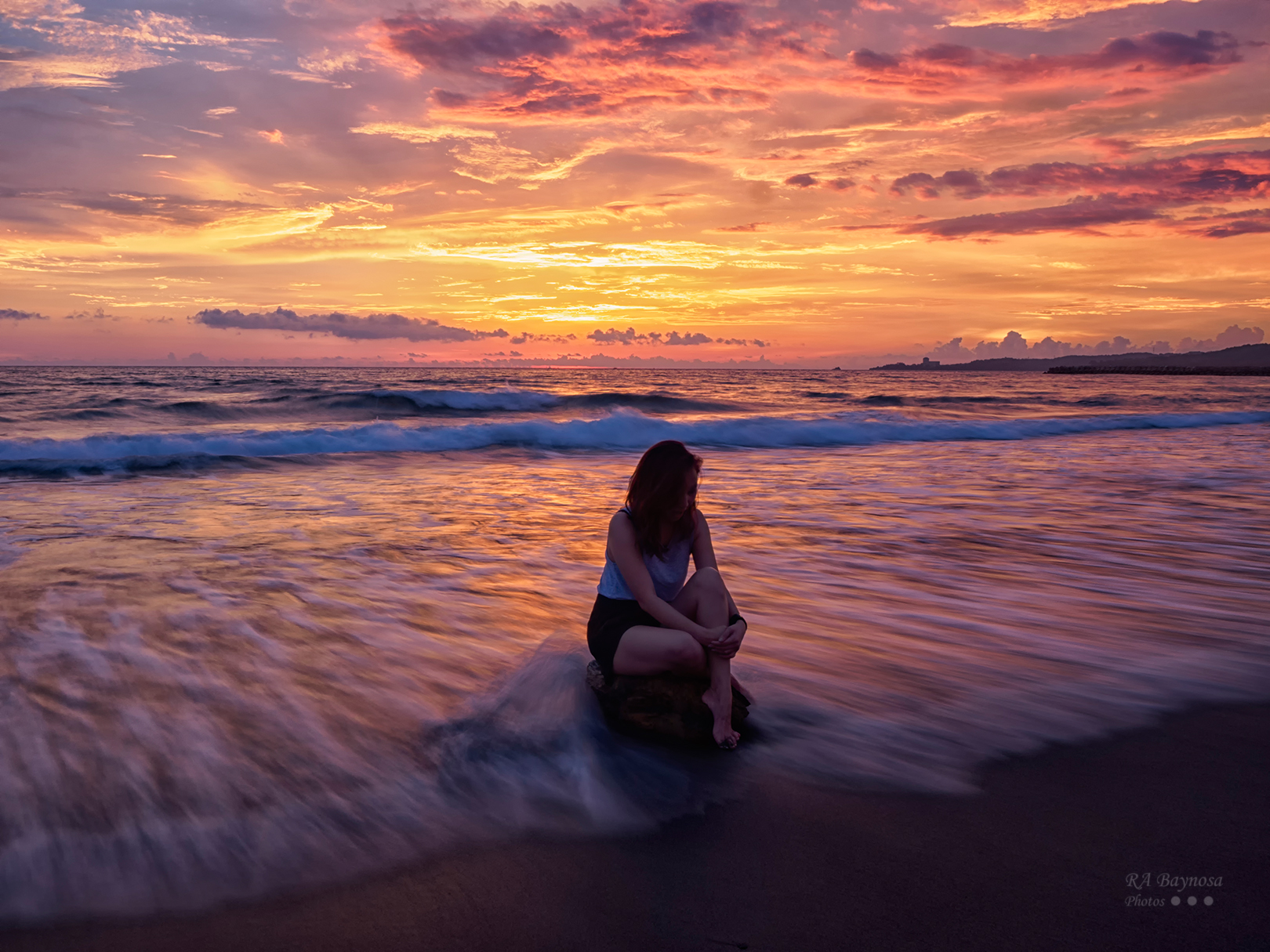 Fun! Size, IBIS (In Body Image Stabilization), live comp, live time; these are features that just make using Olympus cameras fun to use. And for an enthusiast like myself, I believe that that it is the most important feature of a camera- it makes you want to take more pictures.

For landscapes and travel, a small form factor is a great boon. My gear allows me to shoot almost every focal length from 24 to 600mm full frame equivalent, and its light and small enough for me to bring it in my small Lowepro 250aw Slingshot bag every day. No other system would offer me as much mobile versatility. 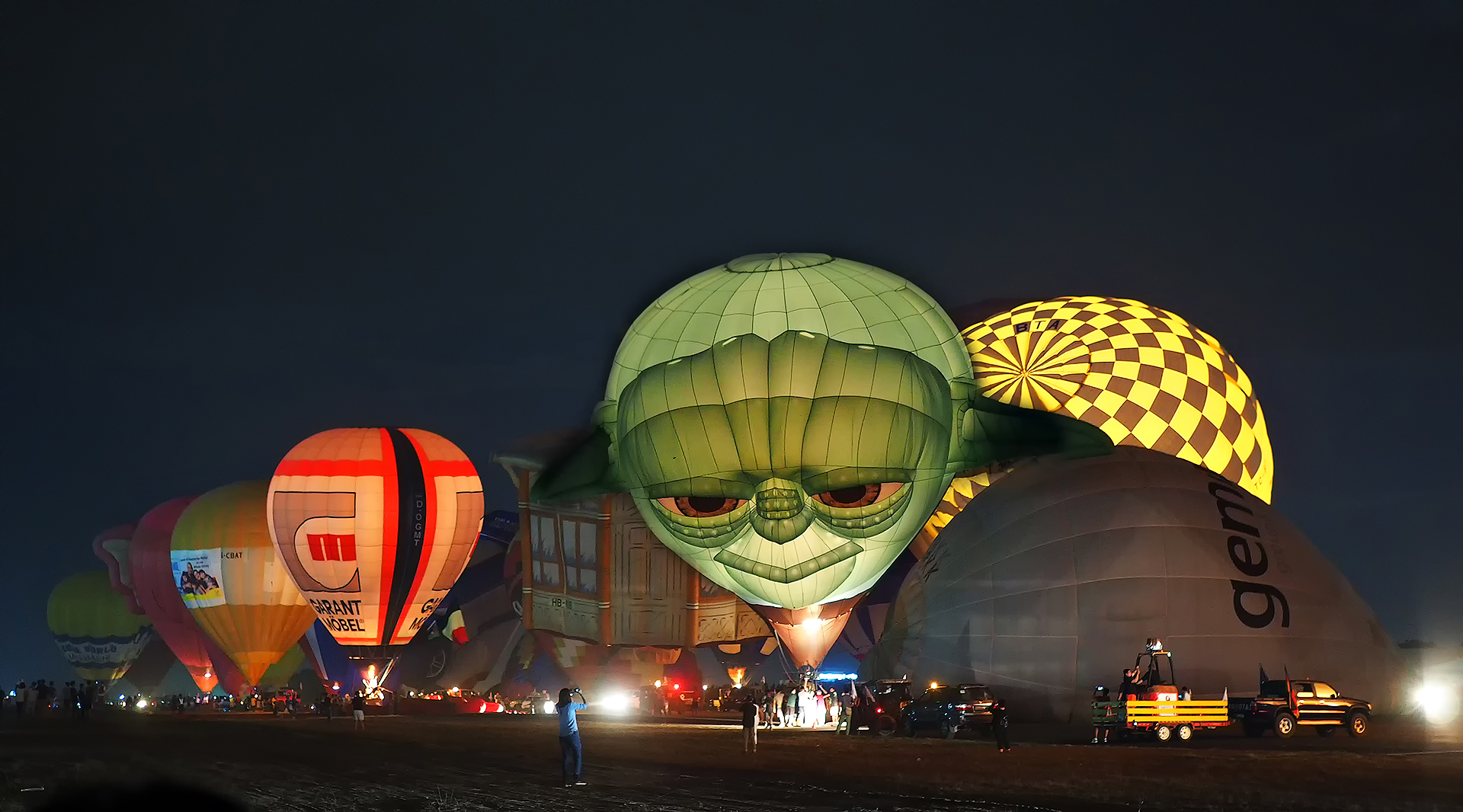 The benefits of IBIS are quite well known, so I’ll just go on to say that getting sharp images in extremely low shutter speeds, is a fun and valuable feature indeed, especially for indoor and travel photography. Live bulb/time provides me a view of a developing long exposure, allowing me to make adjustments to exposure length before the final picture is developed. It removes a significant part of guess work from long exposure photography. Live composite makes star trails and light streaks so much easier, and just like the other live views, it gives you a real-time preview of the image so you can adjust your shutter length as needed. 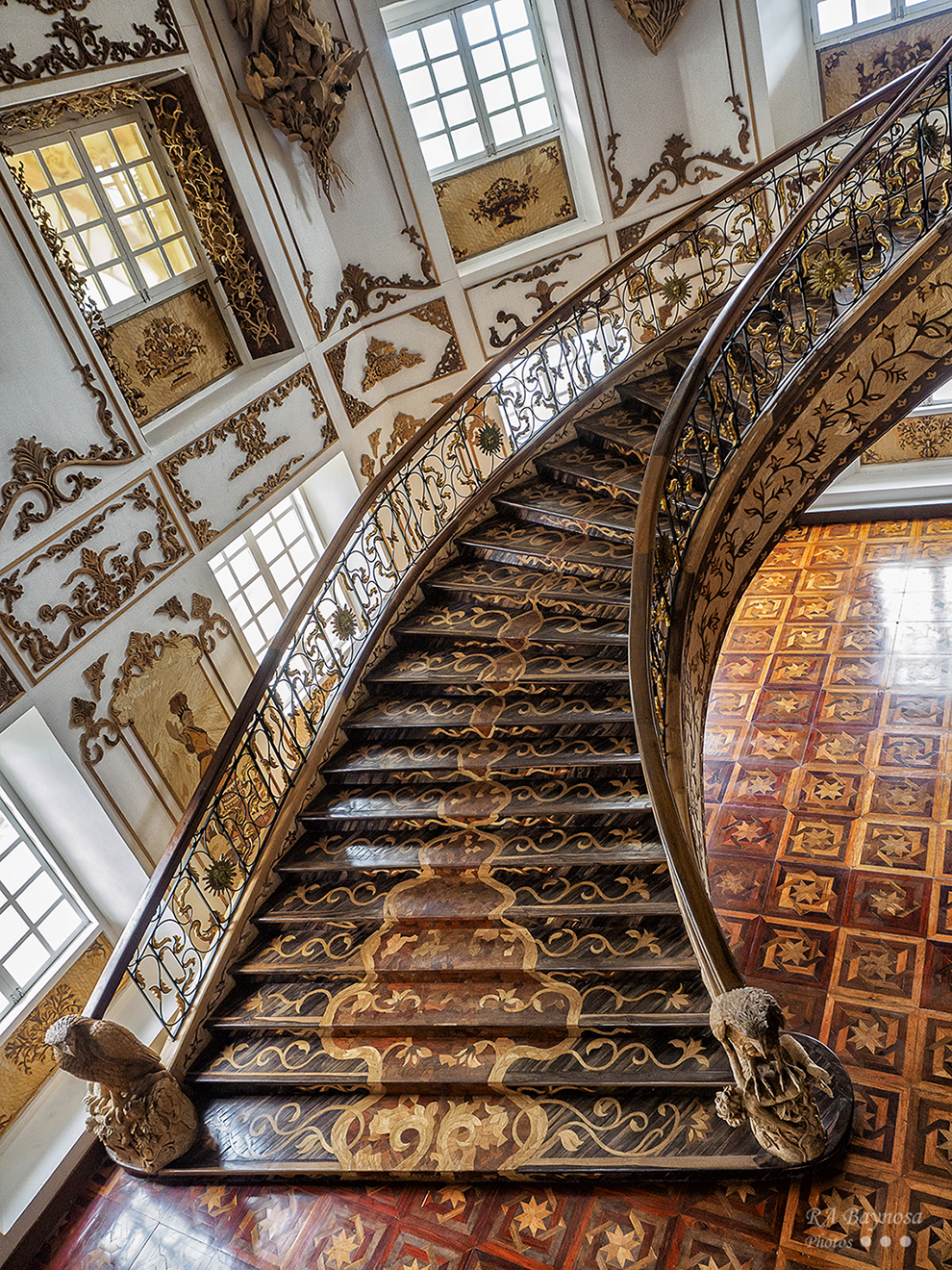 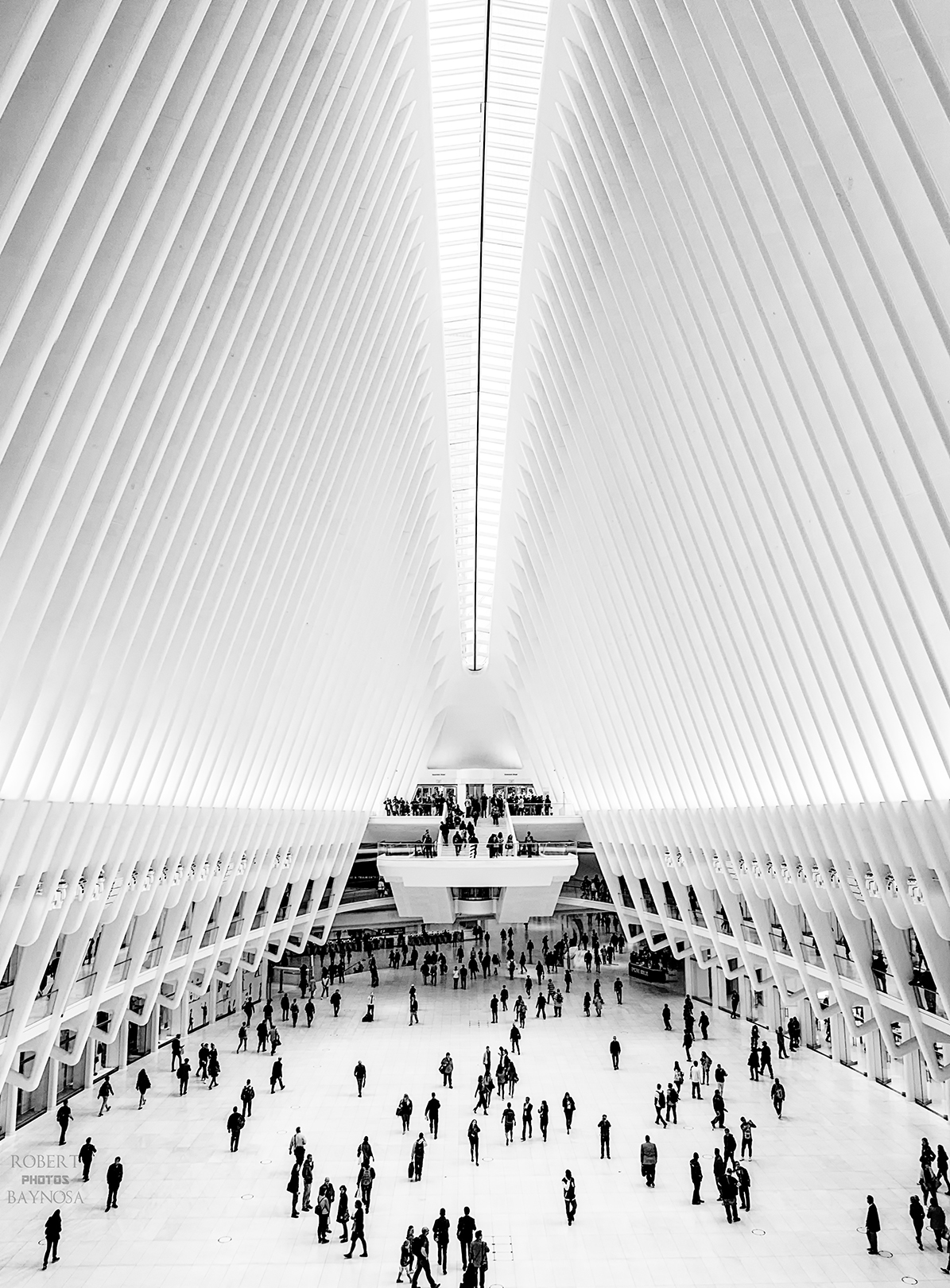 Sure there are systems that have more megapixels, dynamic range and other paper specs, however, I see little to no benefit to these in my type of shooting. A wide dynamic range, for example, is much needed in landscape photography and there are other cameras with better dynamic range performance than the Olympus line. However, I shoot landscapes mostly on a tripod, where I can bracket my shot and use base iso, thus mitigating the slightly lower dynamic range of my camera (compared to other newer, more expensive models from competing systems). So basically, a bit of problem solving and knowing how to use gear and learning post processing techniques can help deal with what others might perceive as disadvantages of the Olympus system. All in all, it’s a combination of those features mentioned that have made me grow as a photographer faster than I would’ve rather than if I used another system; and makes my Olympus camera a joy to use on a daily basis while giving me pleasing results. And that’s why I choose to carry the Olympic torch everywhere I go.

“I am Robert Baynosa, a 48 year old entrepreneur and photo enthusiast who works and lives in the bustling city of Manila, Philippines.”