Hi Orlando! After our brief meeting in Portugal, it’s a great pleasure to interview you today. Could you please start by introducing yourself to our Olympus Passion readers?
Hi there, I’m a London based photographer making portrait and documentary images for commercial and editorial clients, in addition to working on longer terms projects focusing on sub-culture and British identity.

How did photography come into your life and what does it represent for you today?
When I was in my final year at university a photographer came over to my family house with a Hasselblad to shoot a still life series of my father’s collection of inanimate objects, ranging from snow globes to sardine tins. I went onto to assist the photographer, Alex Schneidman (www.alexschneideman.net).

In addition to your commercial assignments, you also develop your own documentary projects. Could you tell us about the subjects you choose to shoot for yourself?
I’m interested in sub cultures and how people identify themselves. I shoot documentary projects publishing them in places such as FT Weekend Magazine, The Independent and Vice. The camera is like a passport, allowing you into worlds you wouldn’t normally have easy access to, and meeting people you wouldn’t have otherwise have met, if you’re curious minded it is a big thrill.

And of course, we have to ask you about the gear you use. Could you describe what you have inside your camera bag and if it changes depending on whether it is a commercial work or a personal project? Where does Olympus fit?
I don’t get terribly excited by cameras themselves seeing them more as a tool, a means to an end. There are a few exceptions though – the Nikon FM2 given to me by the photographer I once assisted, and the Rolleiflex 500CM which I briefly owned – it makes such a great clunk every time you take a shot!

I normally shoot with the Canon 5D IV and Canon 50mm f/1.2 for commercial and editorial assignments. For personal projects and also editorial work I use a range of cameras including the Mamiya 7 II and Mamiya 80mm f/4, Mamiya 645 and Mamiya 80mm f/2.8 and an Olympus OMD E-M5 II and Olympus 25mm f/1.8.

The OMD has a distinct place amongst the other cameras I have. It’s small and fun to use, the lens is sharp and I like the 4:3 sensor size. 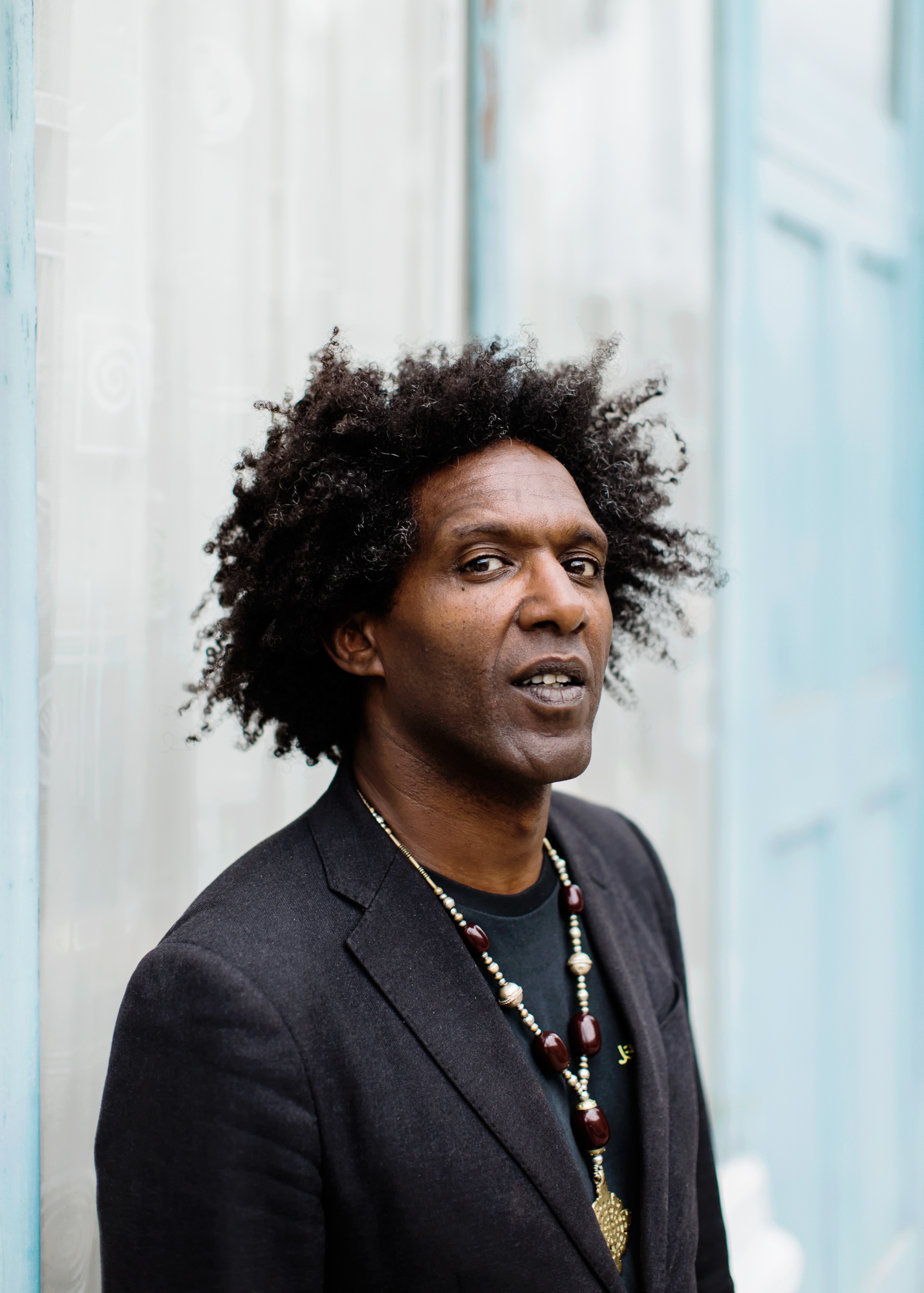 What are the Pros and Cons of your Olympus comparing to your other equipment and for what kind of projects do you choose it instead of any other?
It’s smaller than all the other cameras I have which means I can carry it with me all the time, and it’s also less noticeable when I’m out and and about taking pictures. This can be very useful e.g. shooting the opening of the Night Overground in London for Vice (https://www.vice.com/en_uk/article/d34v9q/drunkenness-and-dreams-on-londons-first-late-night-overground-service). The camera doesn’t make you look like a serious news photographer, people often think it’s a 35mm film camera.

When we met, you told us about one of the most beautiful cameras ever made: the Mamiya 7 II Medium Format Rangefinder Film Camera, with the wonderful 80mm f/4 lens. For what kind of projects do you use it and why did you choose this camera specifically?
The Mamiya 7 II is an excellent camera, I don’t find it fun to use but it’s very versatile – it excels at taking reportage, portrait and landscape images. The 80mm lens is brilliant, and the leaf shutter is useful for steady shots when there’s less light. Having 10 shots per role makes you more disciplined too – something I need!

I use the Mamiya 7 II editorially for portraits sometimes, but mainly for longer term projects such as Que Sera Sera, a year long football series with photographer Joseph Fox, and current series Playtime – a look at how the English across the country in the year leading up to Brexit in March 2019.

What kind of photos have you done in Portugal? Could you show us some examples?
I was shooting a story about the Alentejo coastline and the surfers and fisherman that use it for a print travel magazine called Lodestar Anthology. (www.lodestarsanthology.co.uk).

What other places did you visit beyond the southwest coast? What struck you the most and what would make you come back one day?
I was solely going up and down the coast for 4 days. It really is a beautiful part of the world and doesn’t feel too toursity or overdeveloped. The sea seems to play a big role in peoples lives there. I would definitely go back.

Almost all your projects and commissions involve photographing people in public places. In the beginning, were you apprehensive before the approach? What strategies did you adopt to do it now more easily?
There is a fair amount of that yes. The more you do the easier it gets, although there are days where it’s harder than others when you’re feeling psychically tired and not so enthusiastic. I think it helps if you’re shooting a specific series so when you approach and ask people they understand what you’re trying to do. 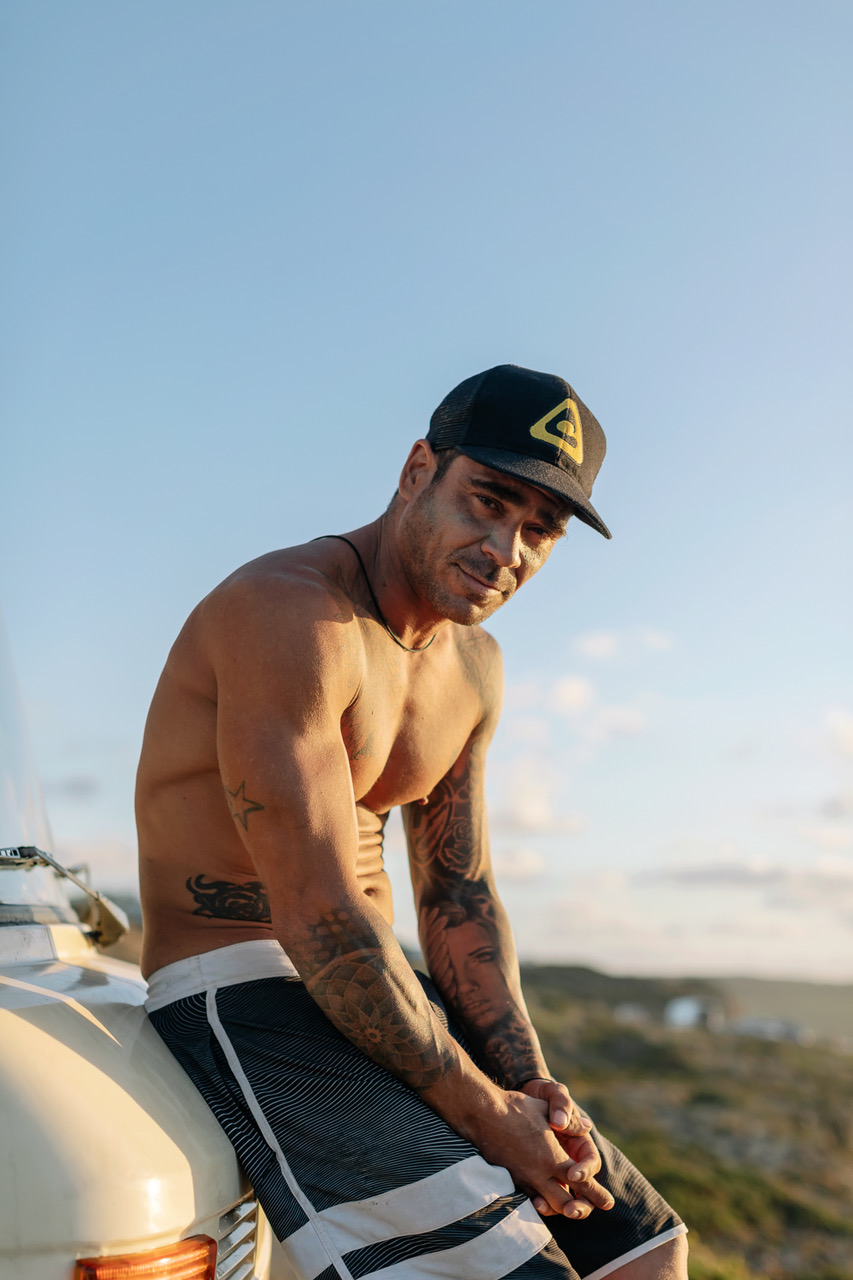 Could you tell us about “Que Sera, Sera”?
Que Sera Sera is a collaborative series with photographer Joseph Fox. We spent a year up and down England documenting football’s oldest cup competition. Unusually it’s open to all the professional teams with the richest teams in the world rubbing shoulders, and sometimes beaten by tiny teams. We wanted to turn the camera around and look at the fans, history and culture that surrounds football.

Thank you Orlando for all your availability for this interview! Would you like to leave some final words?
Thanks for listening to me and a pleasure meeting you both in Portugal, you could say photography put this together!

Orlando is a British documentary and portrait photographer based in South London. His work has been featured in The Financial Times, The Guardian and Vice, amongst other publications and advertising agencies worldwide. In between commercial and editorial assignments, Gili works on self-initiated projects with a particular interest in exploring identity and subculture. He is currently developing a documentary series called Playtime – a look at how the English relax in the year preceding Brexit. Gili’s previous series Que Sera Sera, a journey along football’s oldest cup competition (a collaboration with photographer Joseph Fox and Bluecoat Press), will be published as a photobook in November 2018.