Havana, Cuba, 2017.  I feel like I have stepped into some 1950’s film noir. My hotel has an outdoor terrace that leads into the lobby, very old-world, cool, with lots of marble, old polished wood, a piano, small bar, and a set of elevators. Over the elevator doors, the arrows on the vintage dial floor-indicators show where the slow-moving elevator car might be. Vintage seems to be the operative word around here. 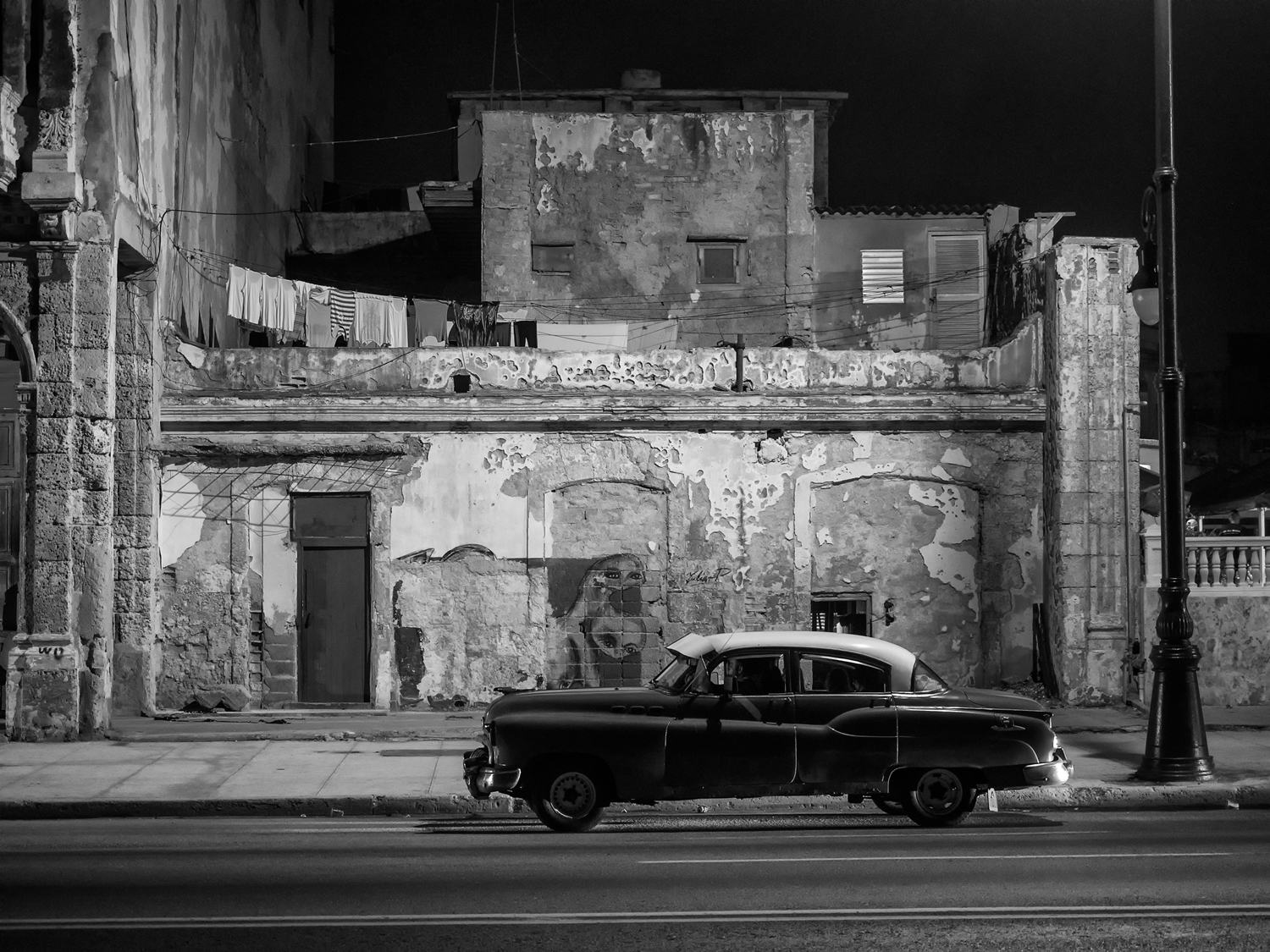 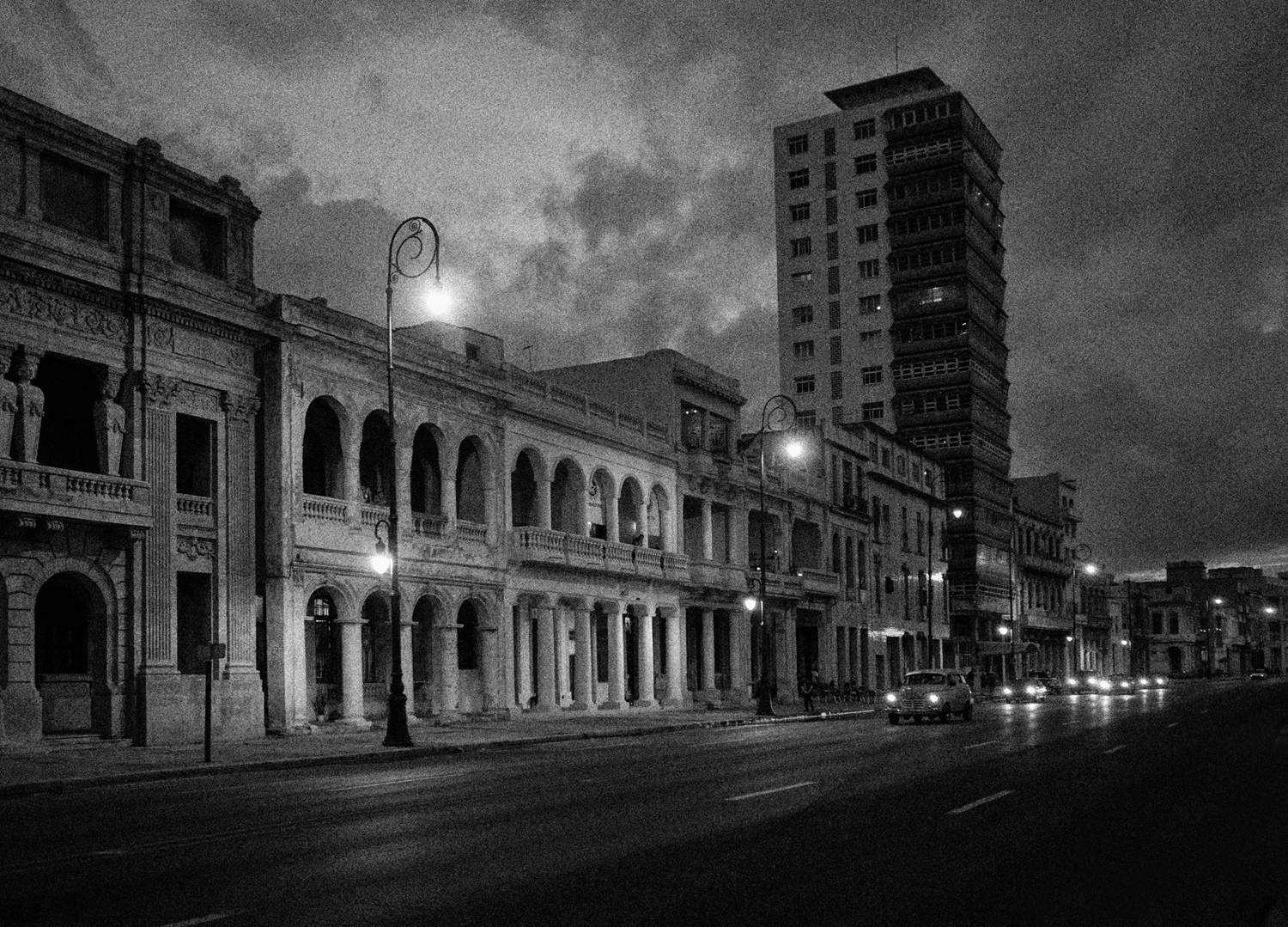 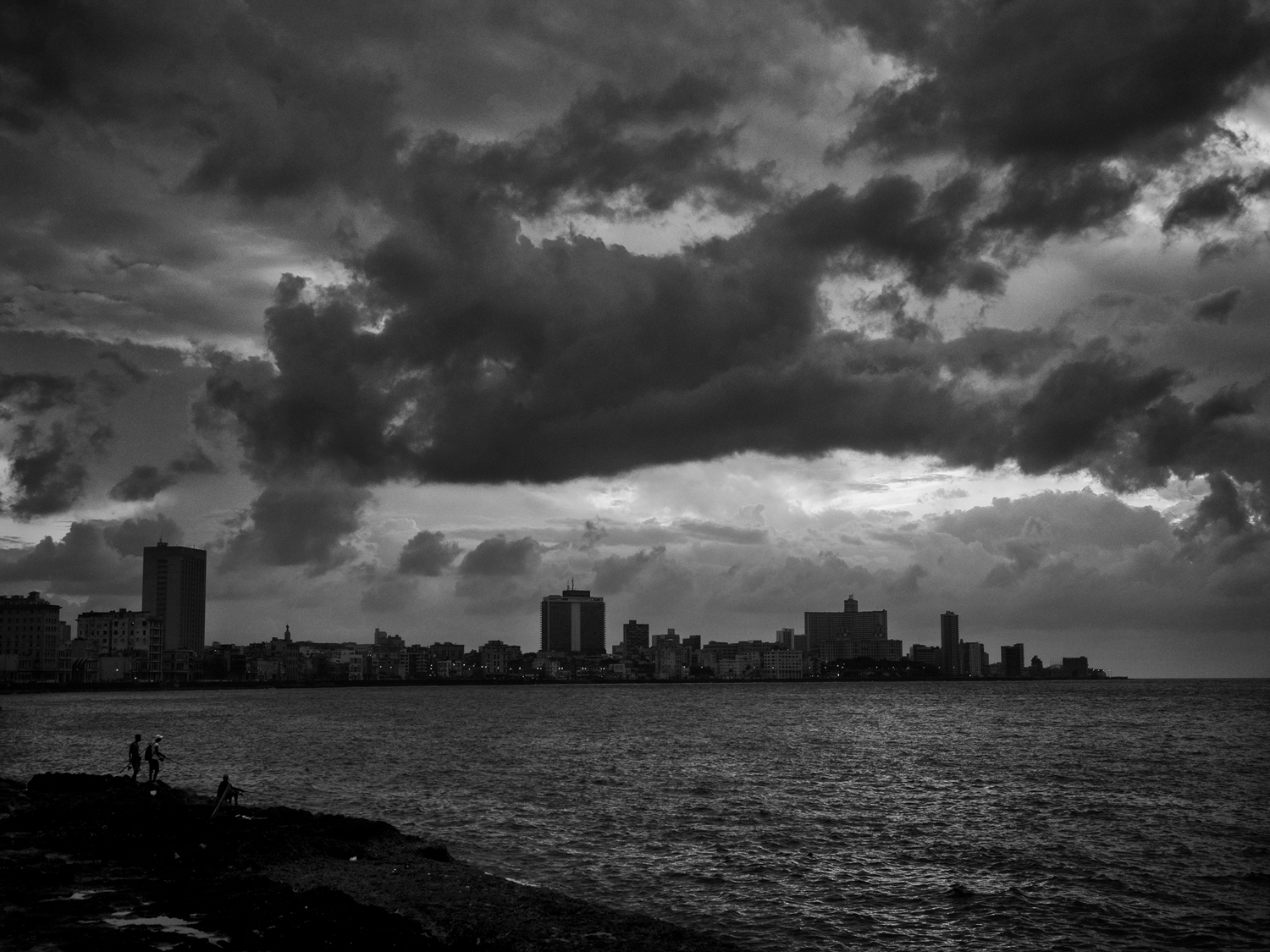 Outside the hotel, old Chevys, Pontiacs, Buicks, Cadillacs, and cobbled together combinations of all of these and more, run up and down the streets, often spewing clouds of diesel exhaust, from their assorted transplanted engines. Many are taxis, either private or public, either for the tourists or the locals.

A block away is the Malecon, the wide street that has Havana on one side, and the ocean,  on the other. A 1957 red and white Chevy convertible in mint condition full of tourists, passes a dilapidated old Buick with it’s hood up, parked by the side of the road, which seems to be a fairly common sight around here. 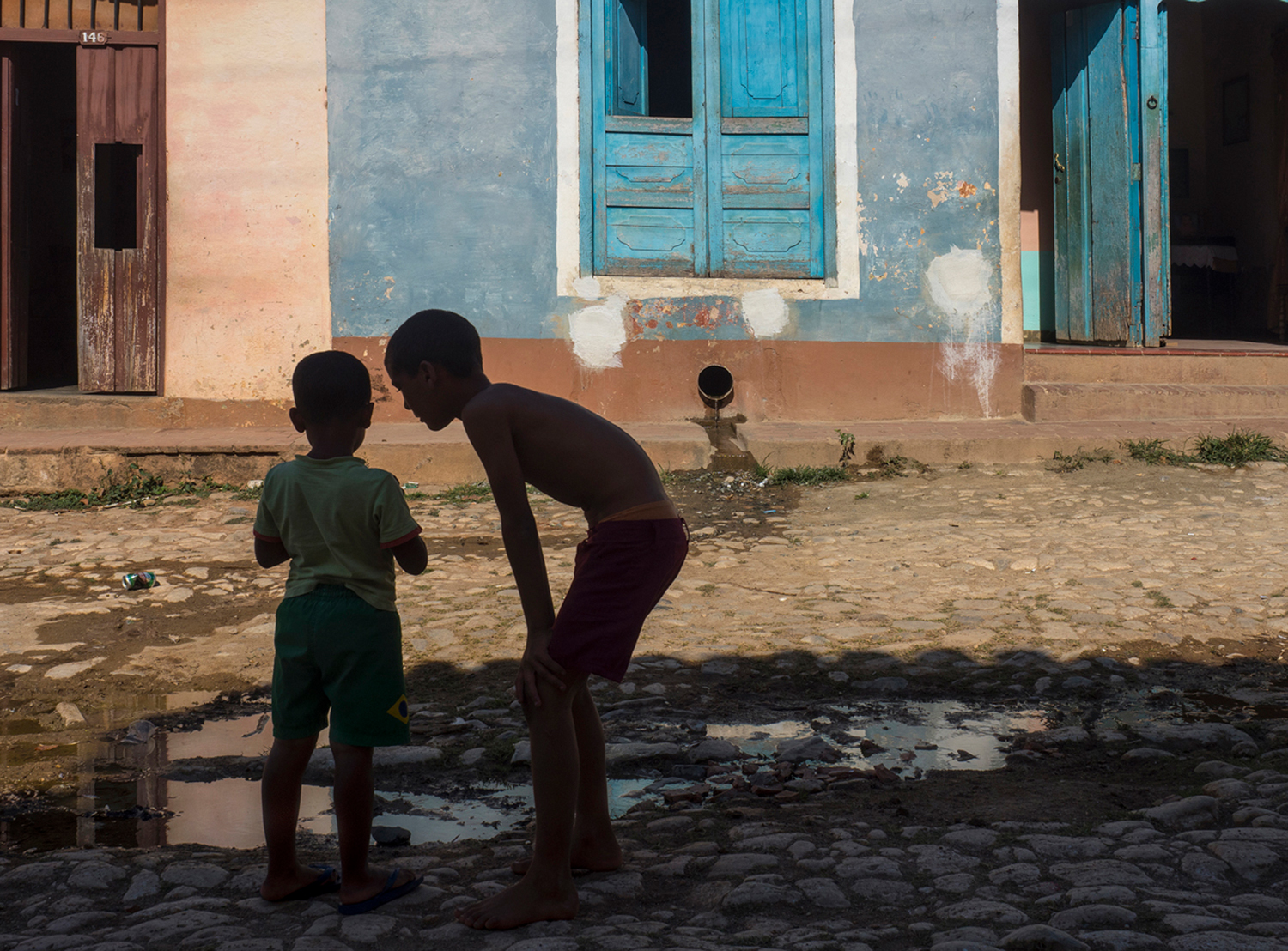 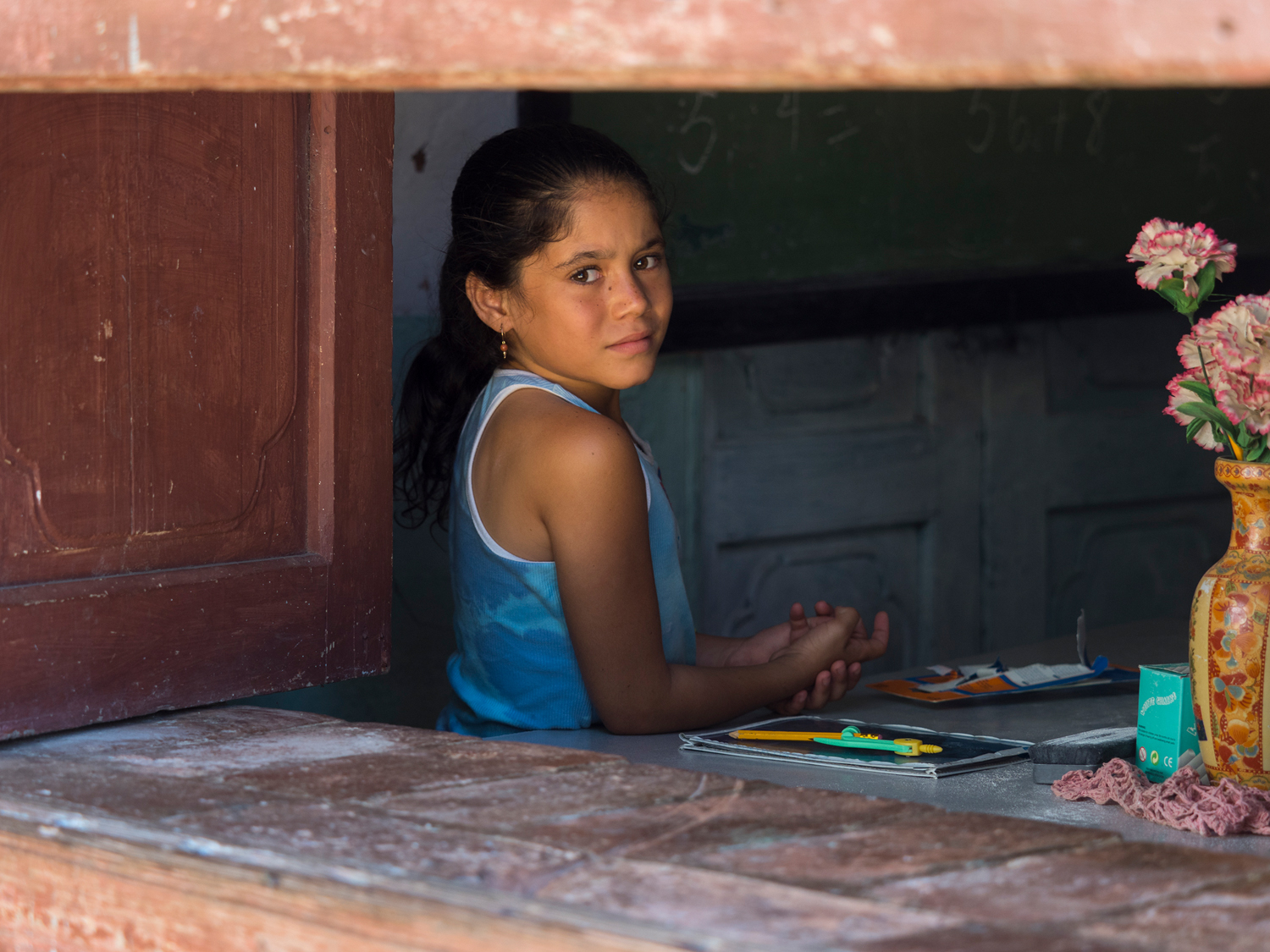 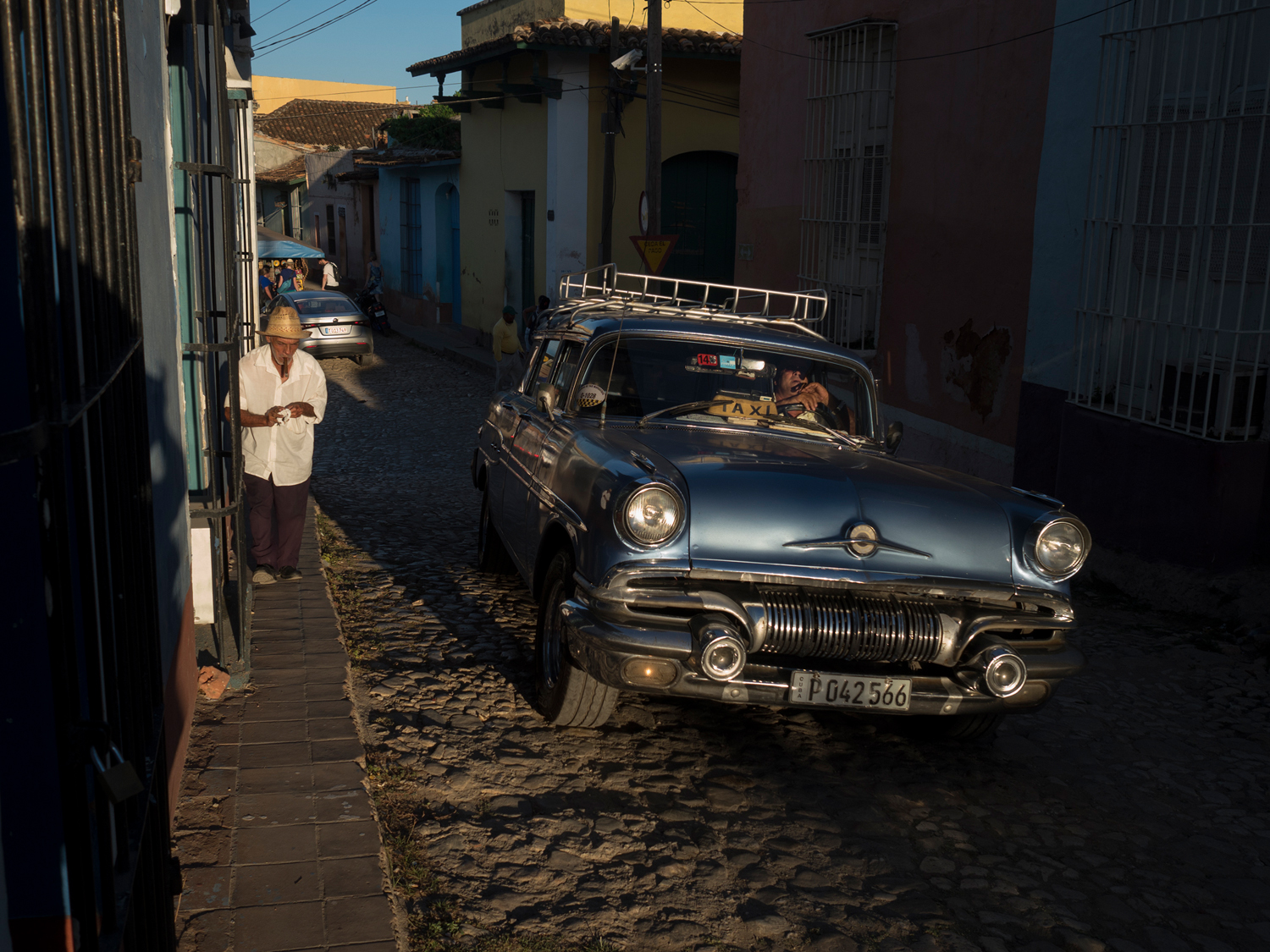 A web of small side streets lead off from the busy Malecon, into the interior of the city. Cars, motorcycles, vendors with carts and people are everywhere. Neighbors sit in front their homes and visit with family and friends while escaping the heat.

I didn’t come to Cuba to eat and sleep. So I’m up early, and will walk and walk, until my feet won’t let me. Thankfully, I’m travelling light.  I have my Olympus OMD EM1 Mark II with the Olympus 17mm f 1.8 lens attached, my preferred “”street” lens. In my camera bag, I have my Olympus 40-150mm 2.8 and  12-40 2.8 PRO lenses, spare batteries, and another OM body tucked away, as a back up. I have replaced the bright eye-catching factory camera straps, with something black and unobtrusive. 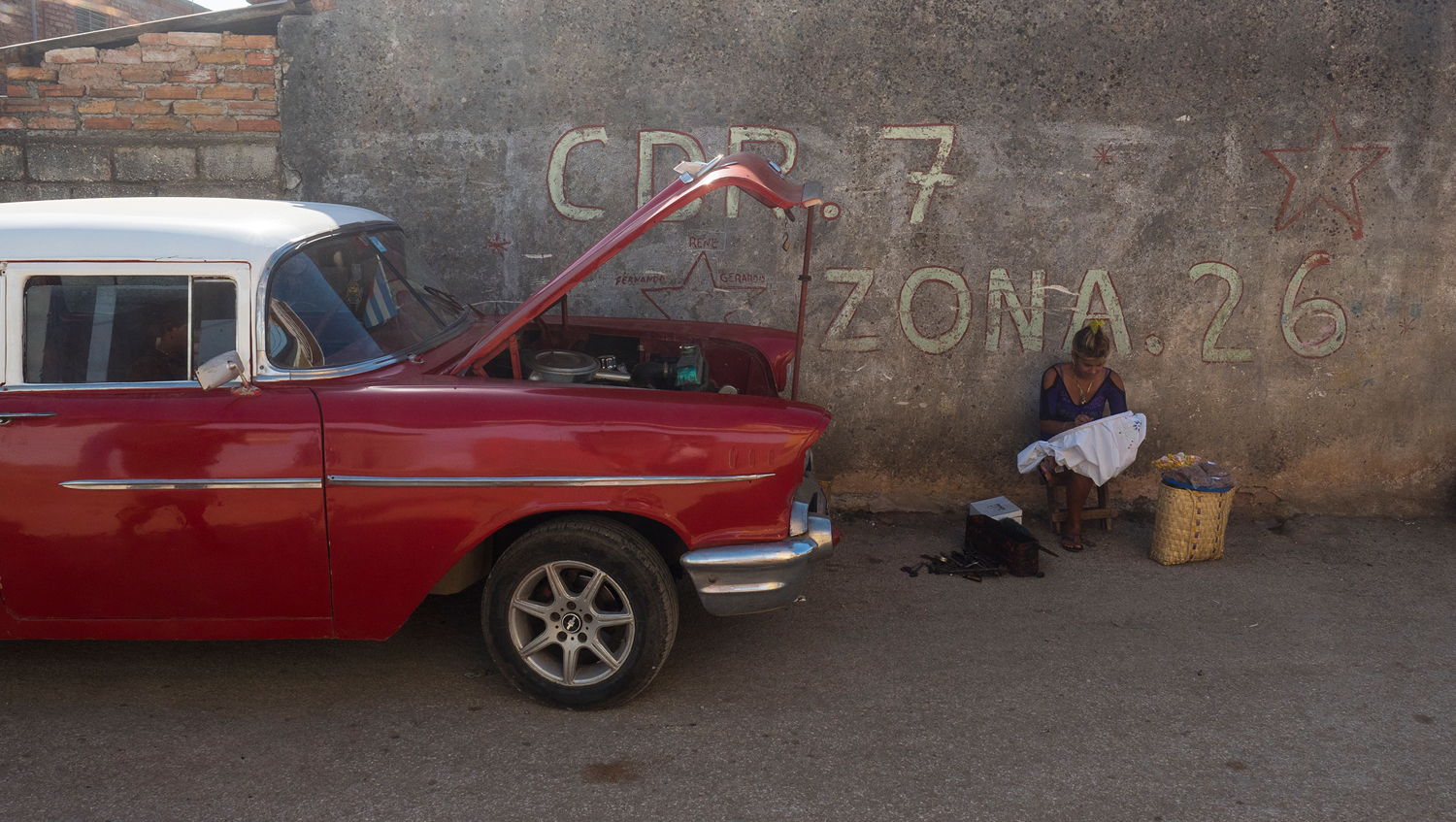 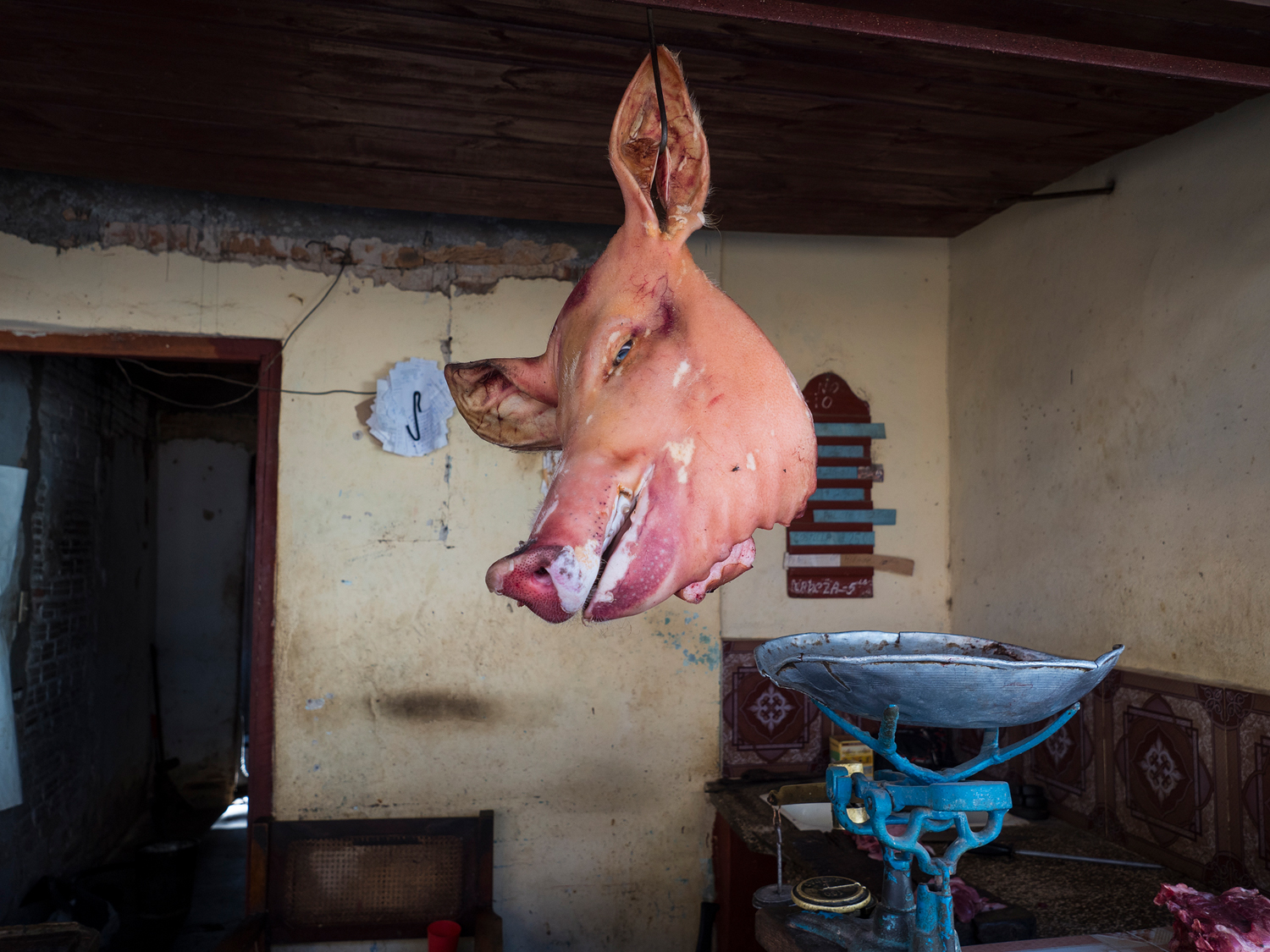 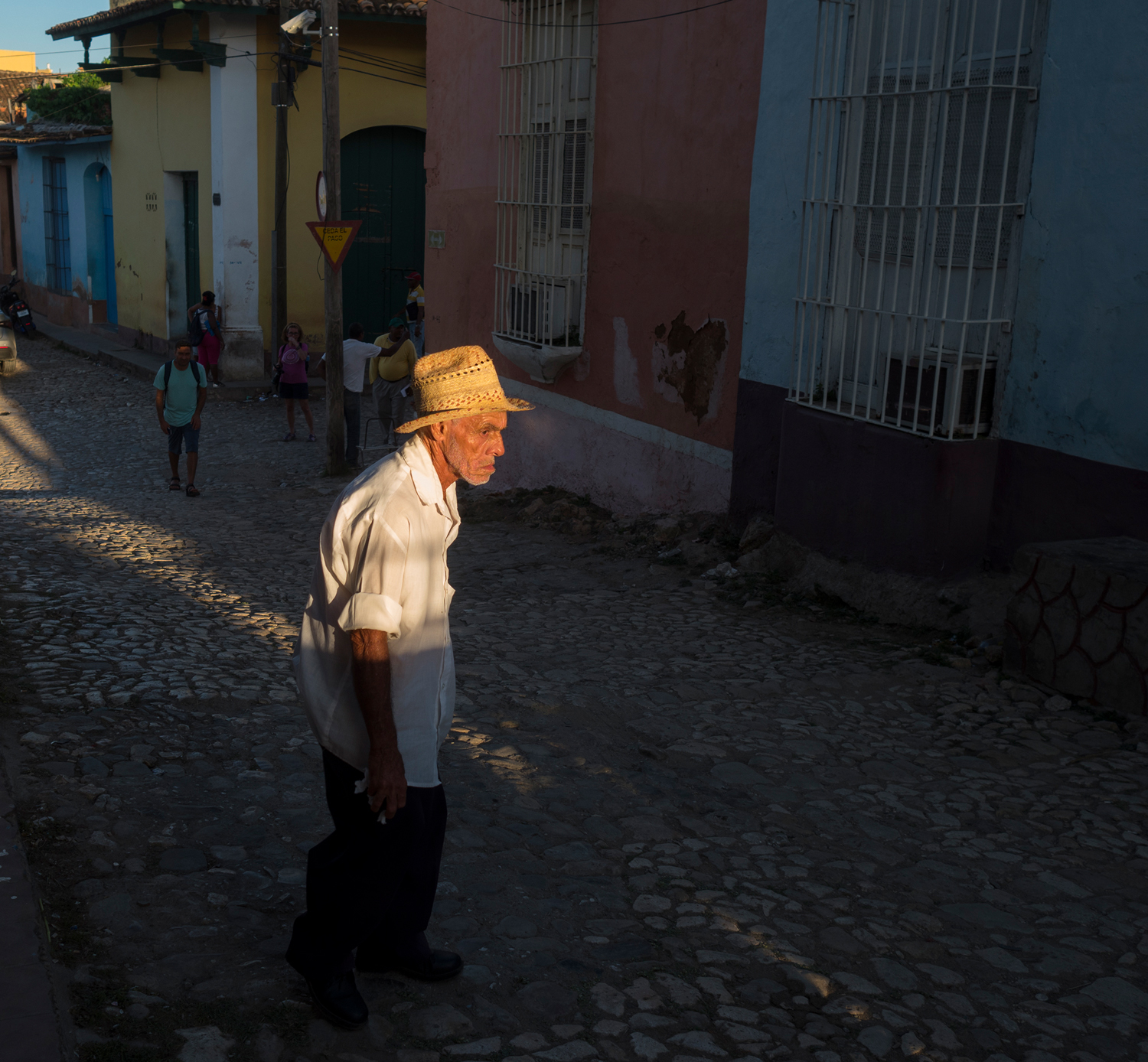 Since I plan to “walk till I drop”, with a bag full of camera equipment, it is of paramount importance to me, that the gear be lightweight and easy to carry. I guess I am over throwing a 35 lb bag of huge camera bodies and lenses over my shoulder. Carrying so much weight makes me feel physically tired, which in turn makes me mentally tired, which has a negative effect on my photography. Light + Small =  Great photos.

People and faces fascinate me, and Cuba is rich in both. Having been a Leica Rangefinder  person in my full-on film days, I have learned to appreciate that a small and unobtrusive camera puts people at ease, and helps me melt into the background as I am shooting. Smaller is less intimidating to people. Although I have a plethora of large, imposing equipment at my studio, I choose to leave it there for this adventure. And when I spot the ubiquitous tourist photographer covered with giant motor-driven cameras and lenses, I have to assume that they don’t care about blending in to the native population so as to go unnoticed. 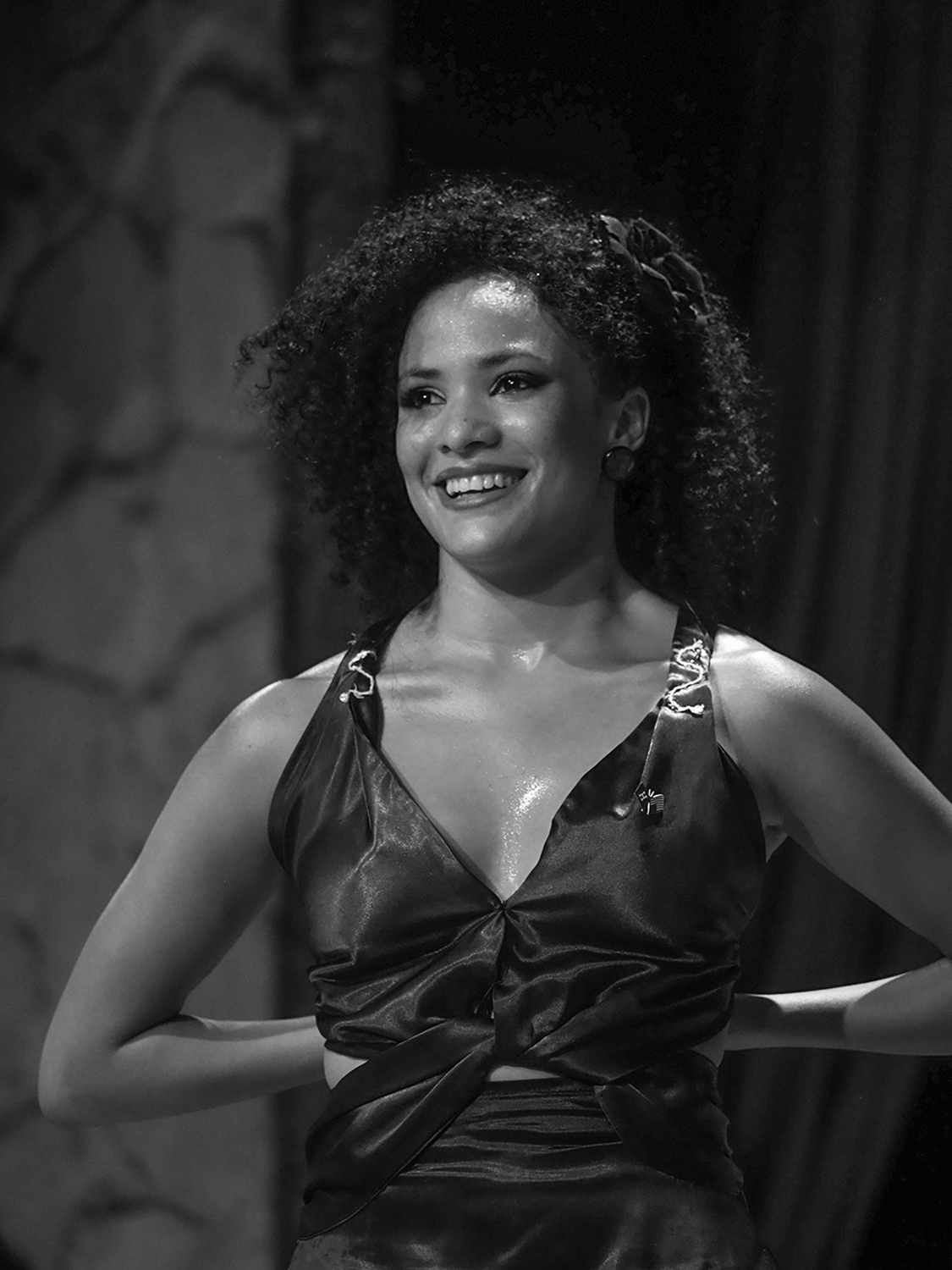 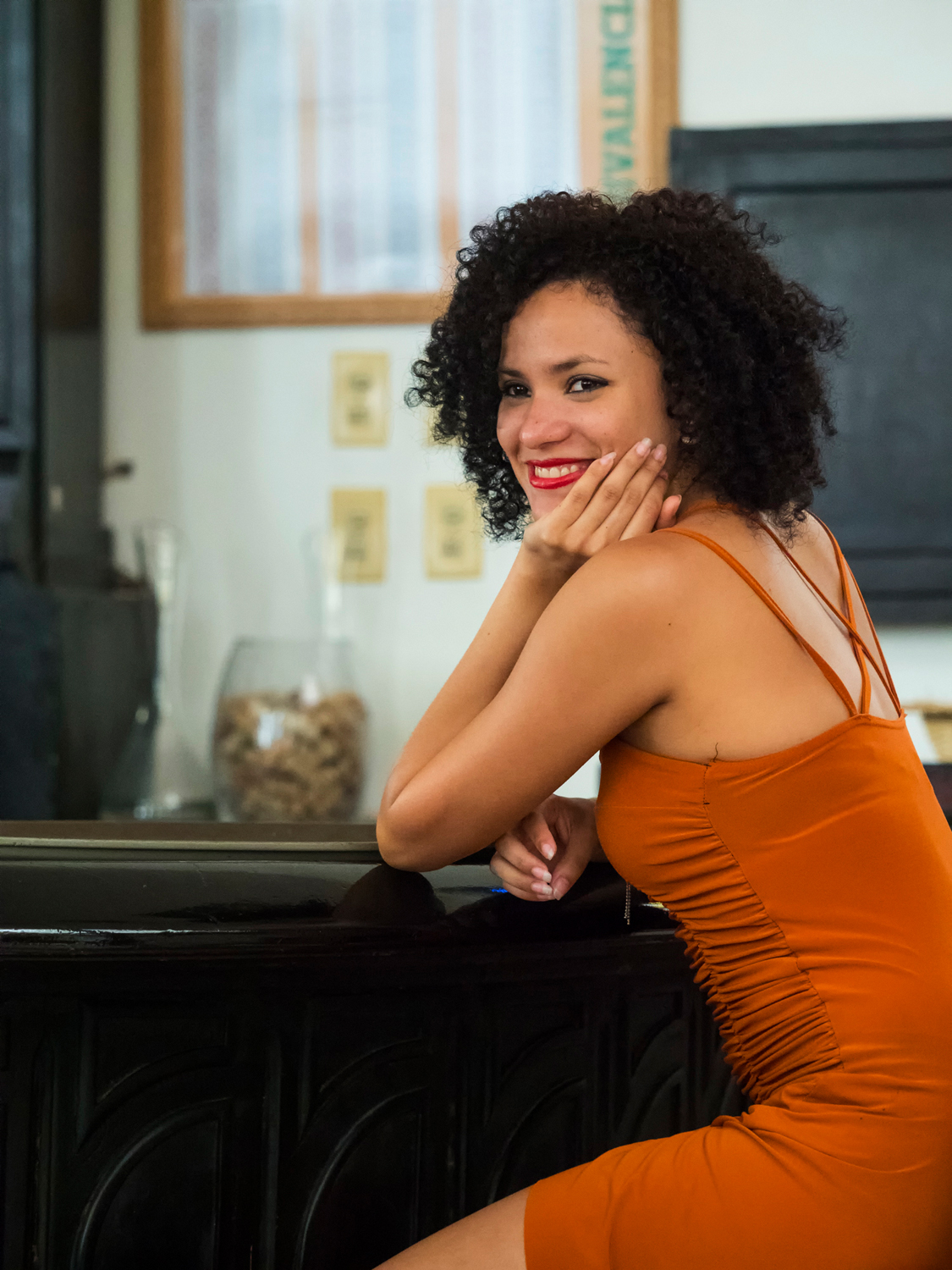 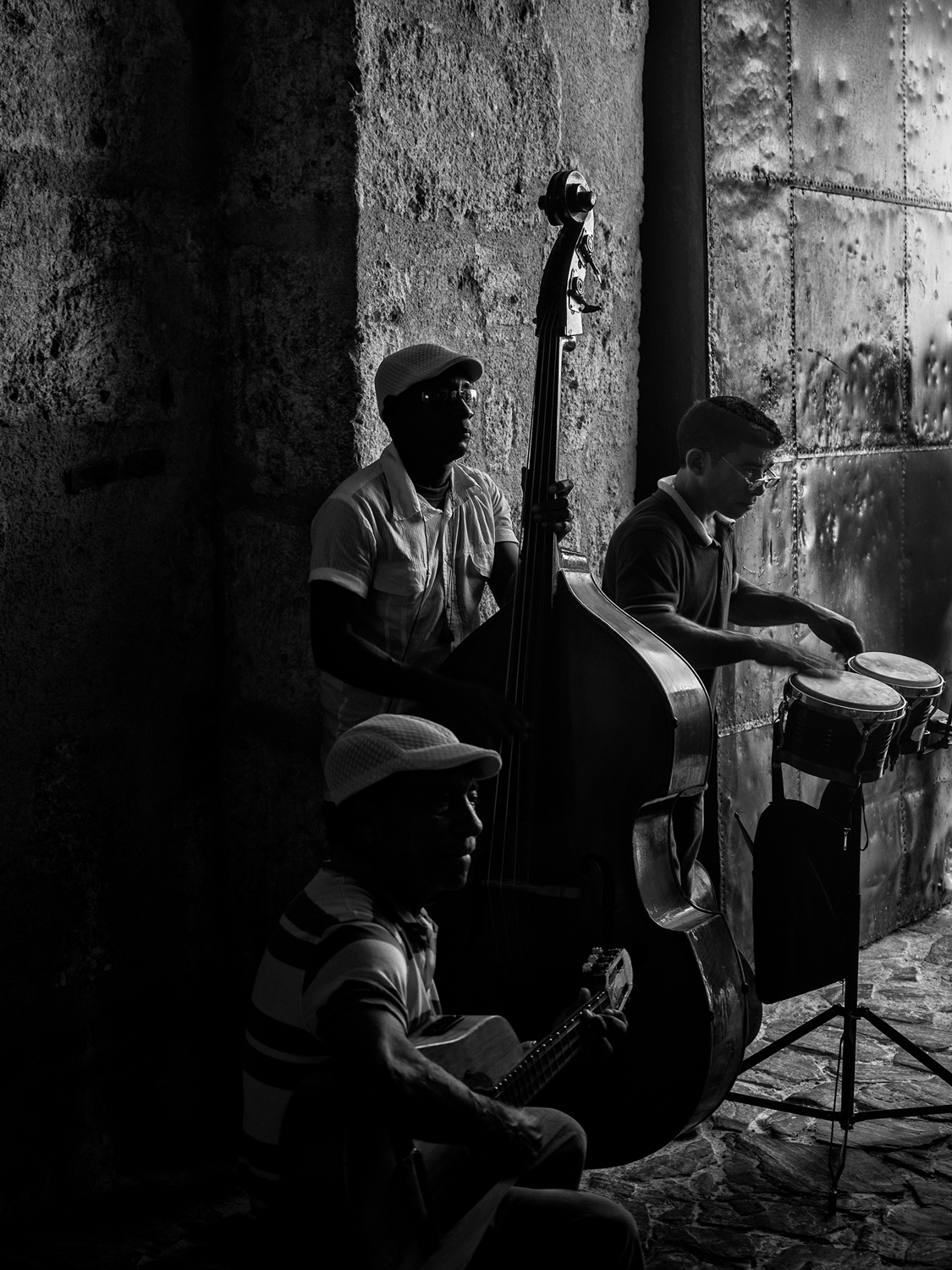 It takes a lot of time and effort, to begin to know and understand a place and its people. You have to immerse yourself as much as you can in its life and culture. Like peeling away layers of an onion, to get a better understanding, you have to return, again and again. In Cuba, I’m now just getting out of the starting gate. But you have to start somewhere…

I know I am still skimming the surface at this point, but there is also an significant upside in not being familiar with a place like this. Many impressions are new, and my eyes are innocent, as they settle on details that can become harder to see, and taken for granted as familiarity sets in. 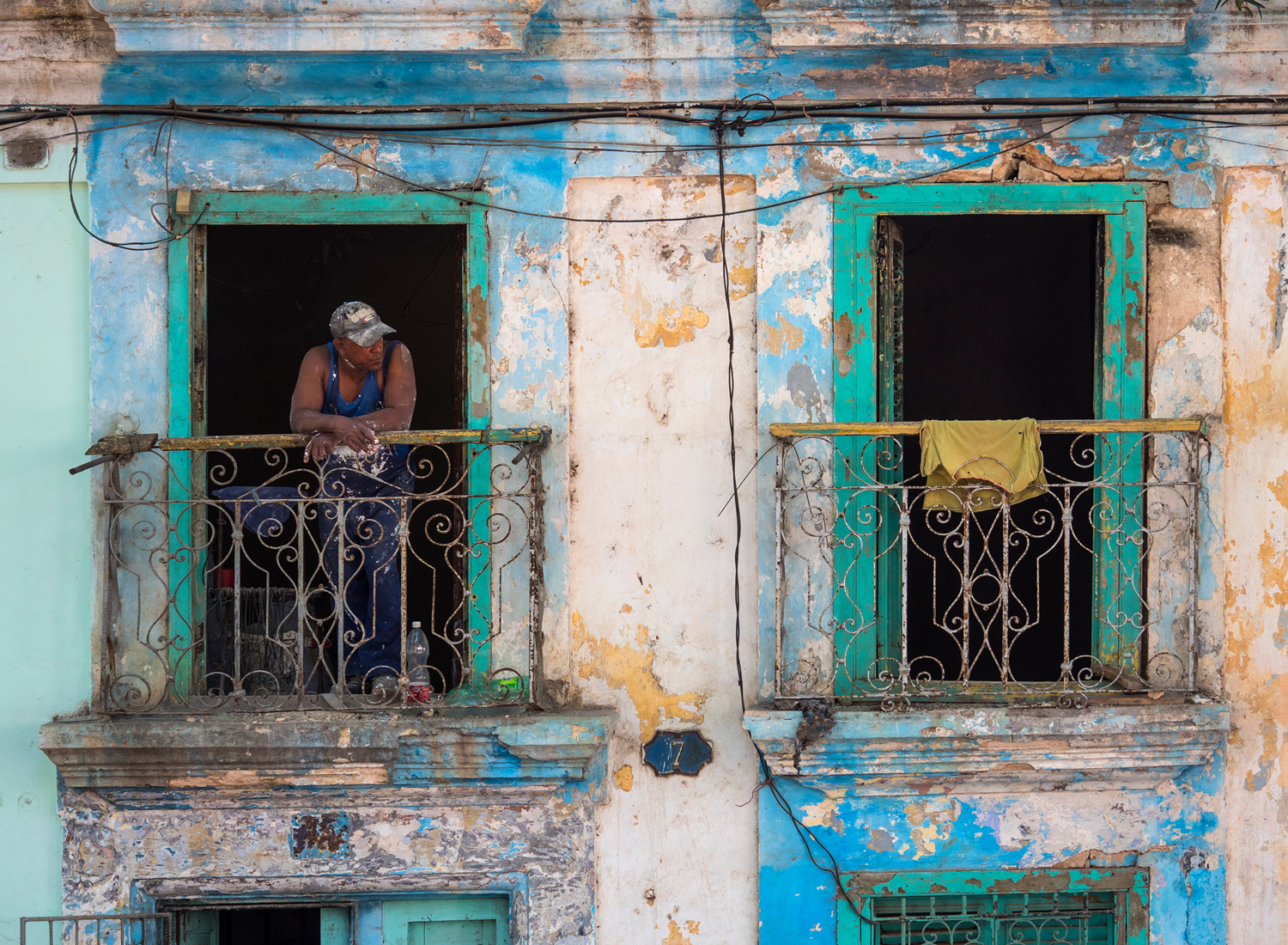 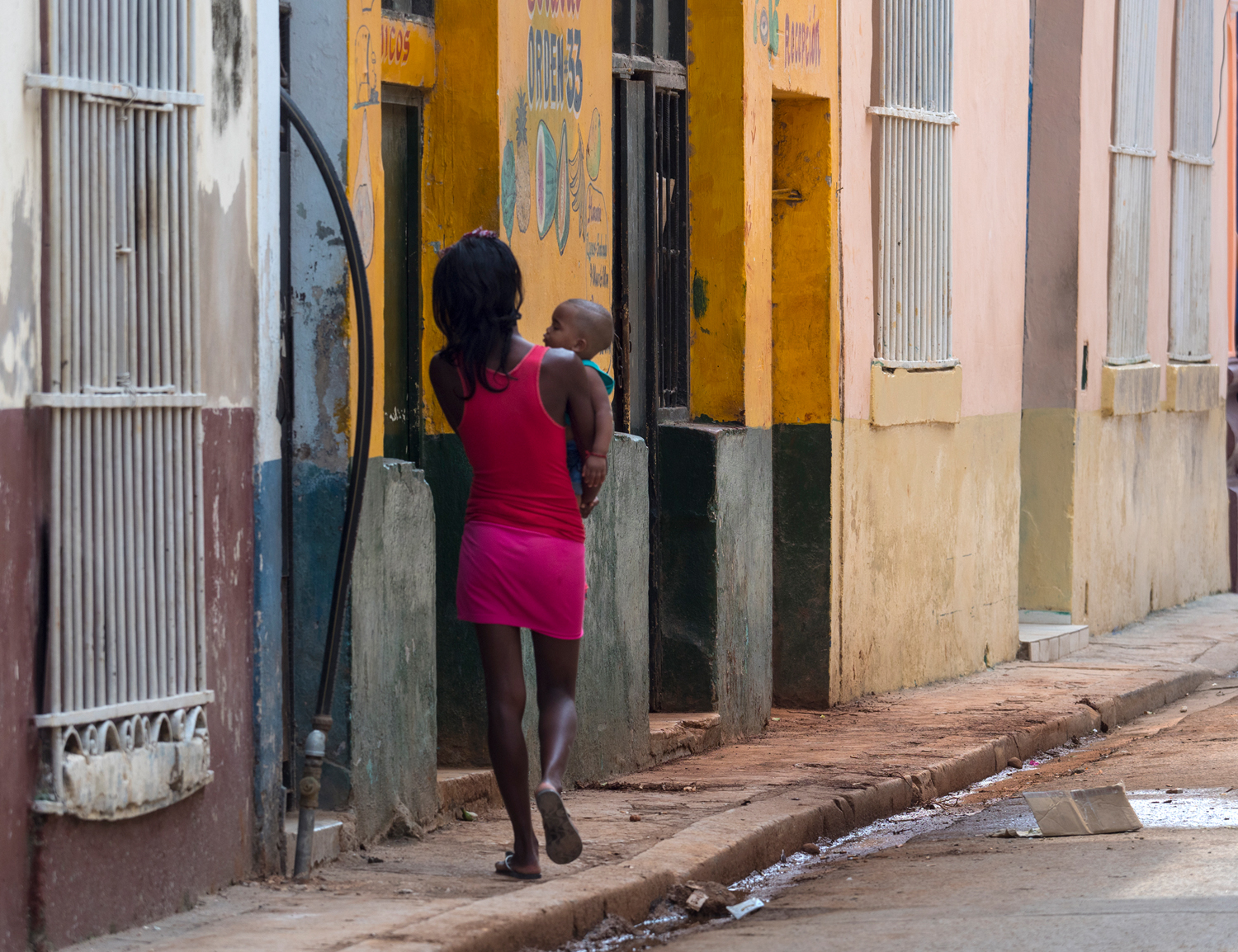 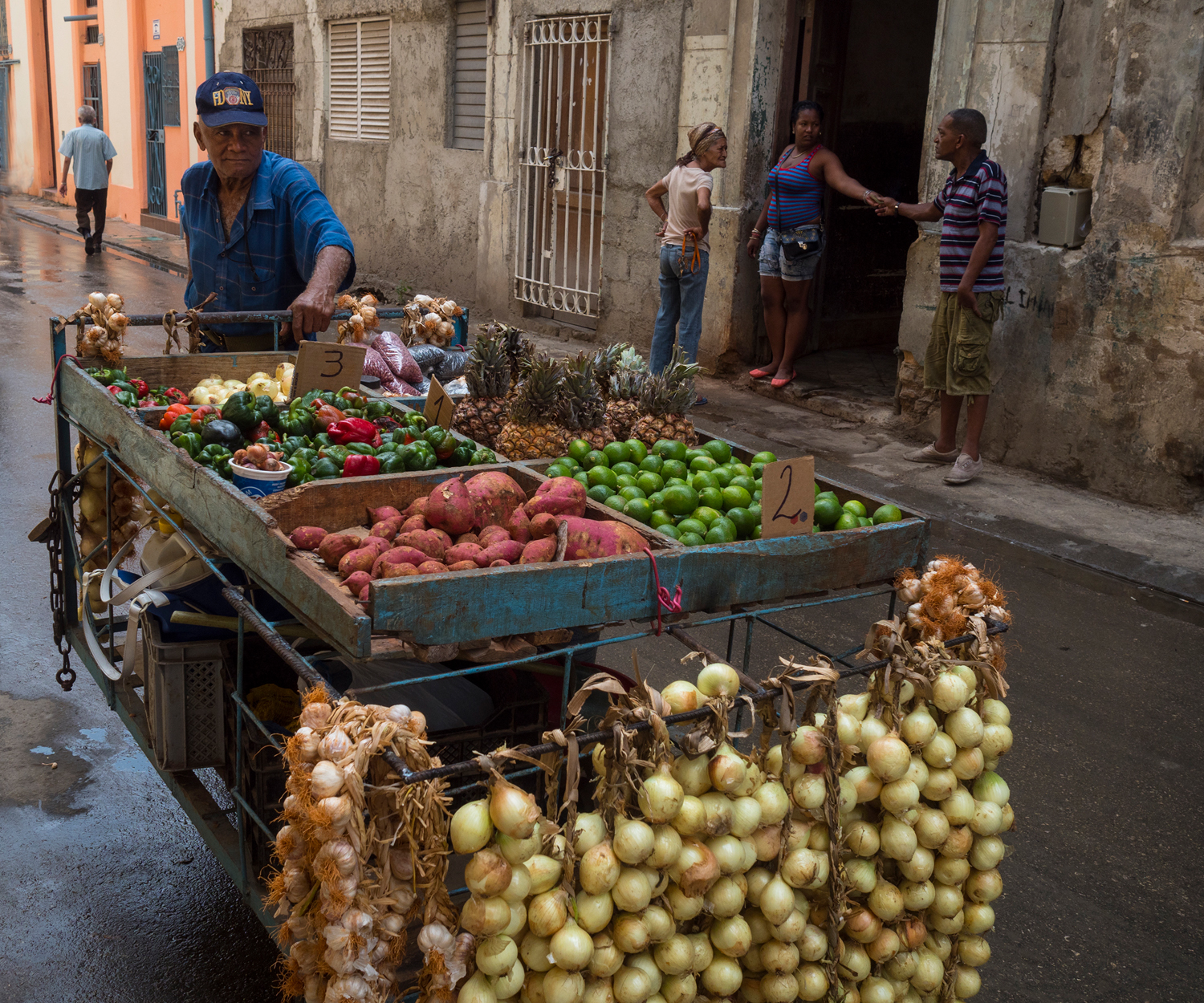 These photographs are my visual “notes”.

To quote Alain de Botton, author of The Art of Travel : “A dominant impulse on encountering beauty is to wish to hold on to it, to possess it and give it weight in one’s life. There is an urge to say, ‘I was here, I saw this and it mattered to me.” 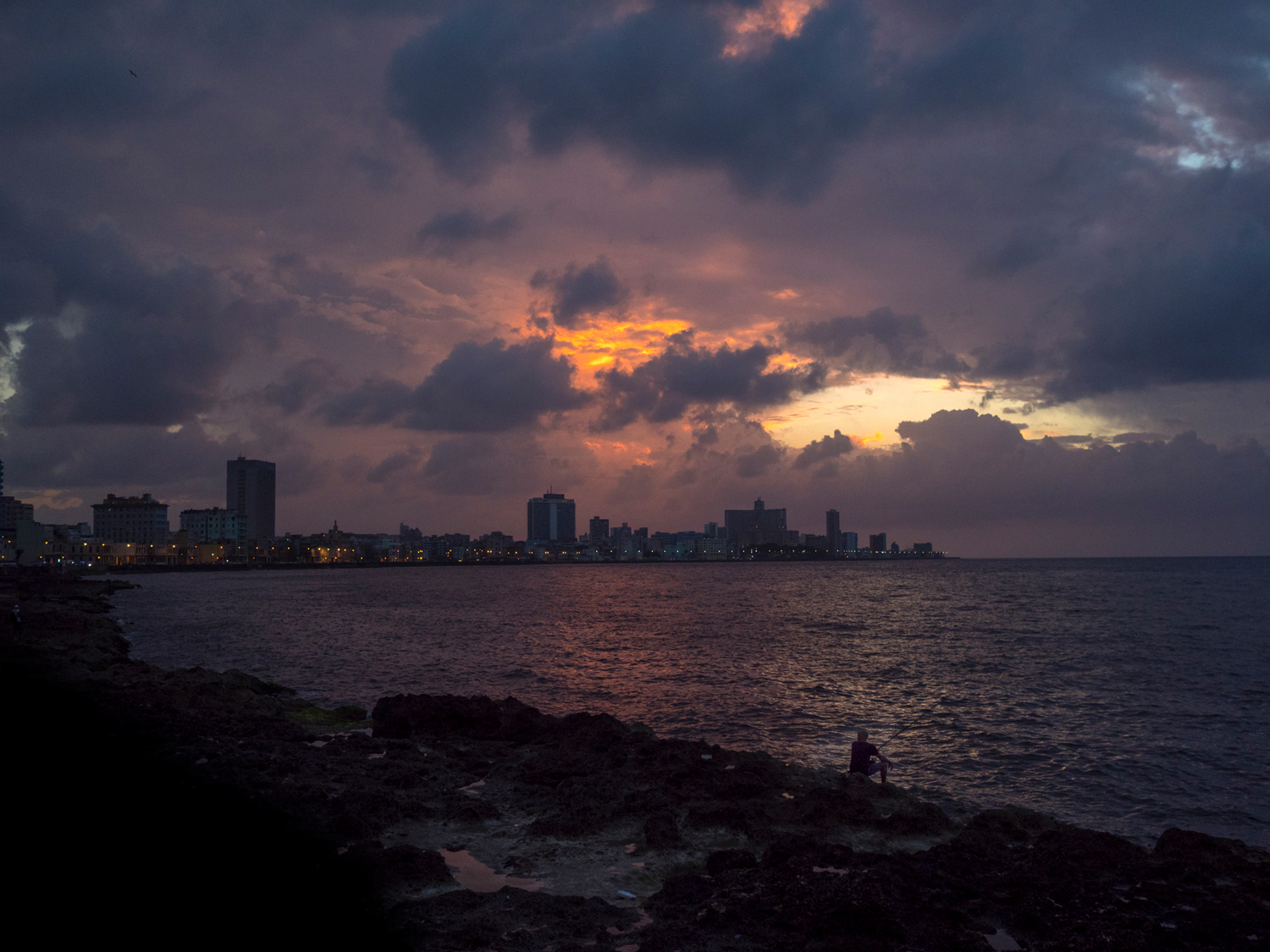 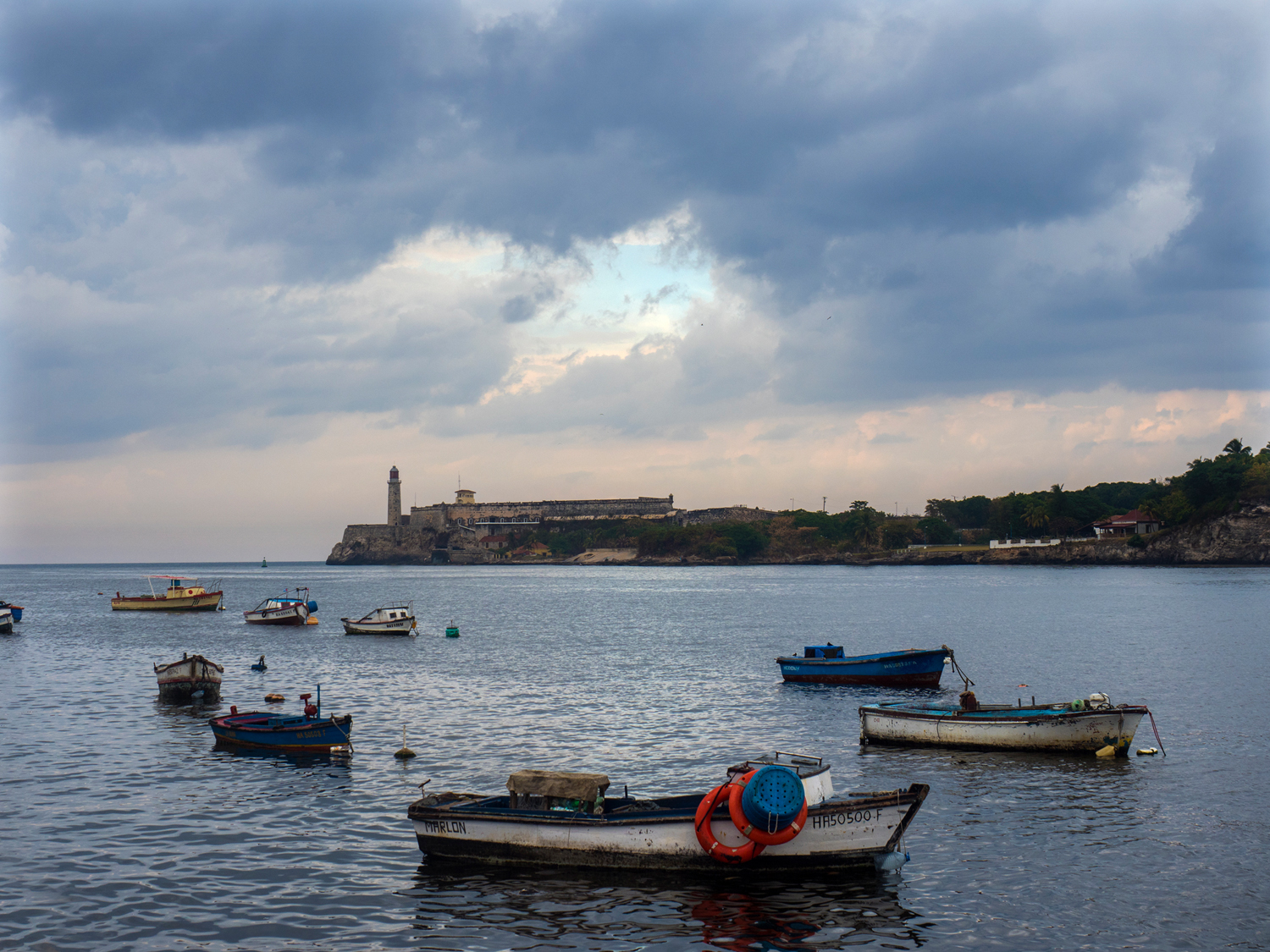 Adam Jahiel is an internationally recognized photographer who lives and works in the American West. Mostly known for his photography of the American Cowboy, his photography has taken him all over the world. His poetic and dynamic images have been exhibited and published across the globe. In 1996, he became the first living photographer to have a one-man show at the Buffalo Bill Historical Center, in Cody, Wyoming. His photographs are in the collections of the Nevada Art Museum in Reno, the Art Institute of Chicago, the Museum of Fine Arts in Boston, as well as private and corporate collections. Adam has had a varied professional career. He has worked for the motion picture industry, and adventure projects, most notably as the photographer for the landmark French-American 1987 Titanic expedition. His work has appeared in most major U.S. publications, including Time, Newsweek, The New York Times, National Geographic, Smithsonian and countless others.