I have had a varied career. In school, I learned the nuts and bolts of technical photography at Brooks Institute of Photography, and learned how to think quickly on my feet studying Photojournalism at the University of Missouri-Columbia. I spend two years working with Douglas Kirkland in Los Angeles, shooting beautiful women and celebrities, and I spent time with painters and sculptors learning how to see.

Your relationship with Photography is already long. Do you remember how it all began?
My father was an accomplished amateur photographer. I remember as a child, waking up on weekends, going down to the basement to watch cartoons on our TV, and there was usually a big ceramic covered tray with a Kodak print-washing siphon washing prints he had made the night before. 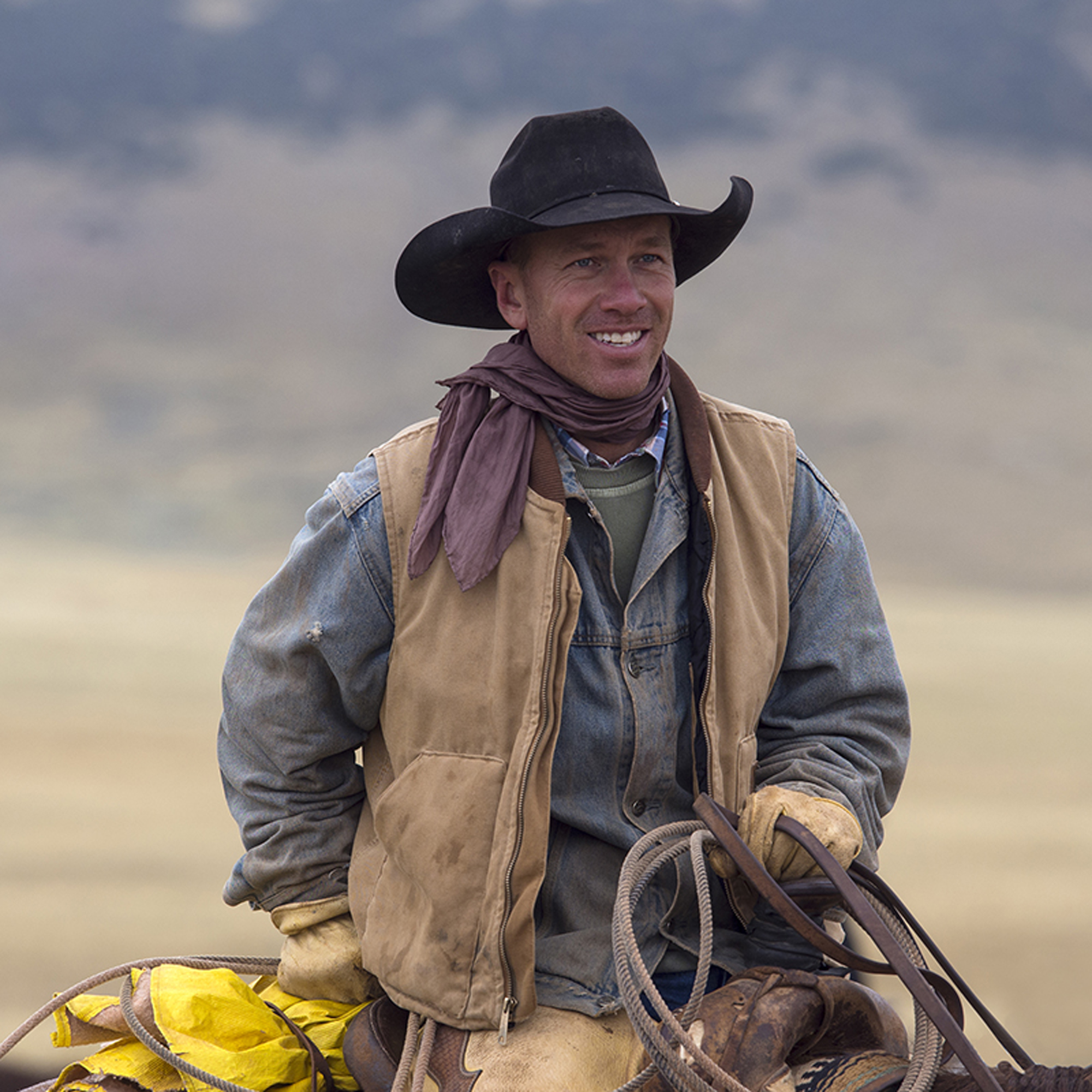 What was your first camera? Do you still have it?
My father gave me my first camera. I think it was an old Konica. Once I learned how to make photos, and work in the darkroom, I graduated to the Olympus OM-1 and later 2. I don’t know what happened to that camera. 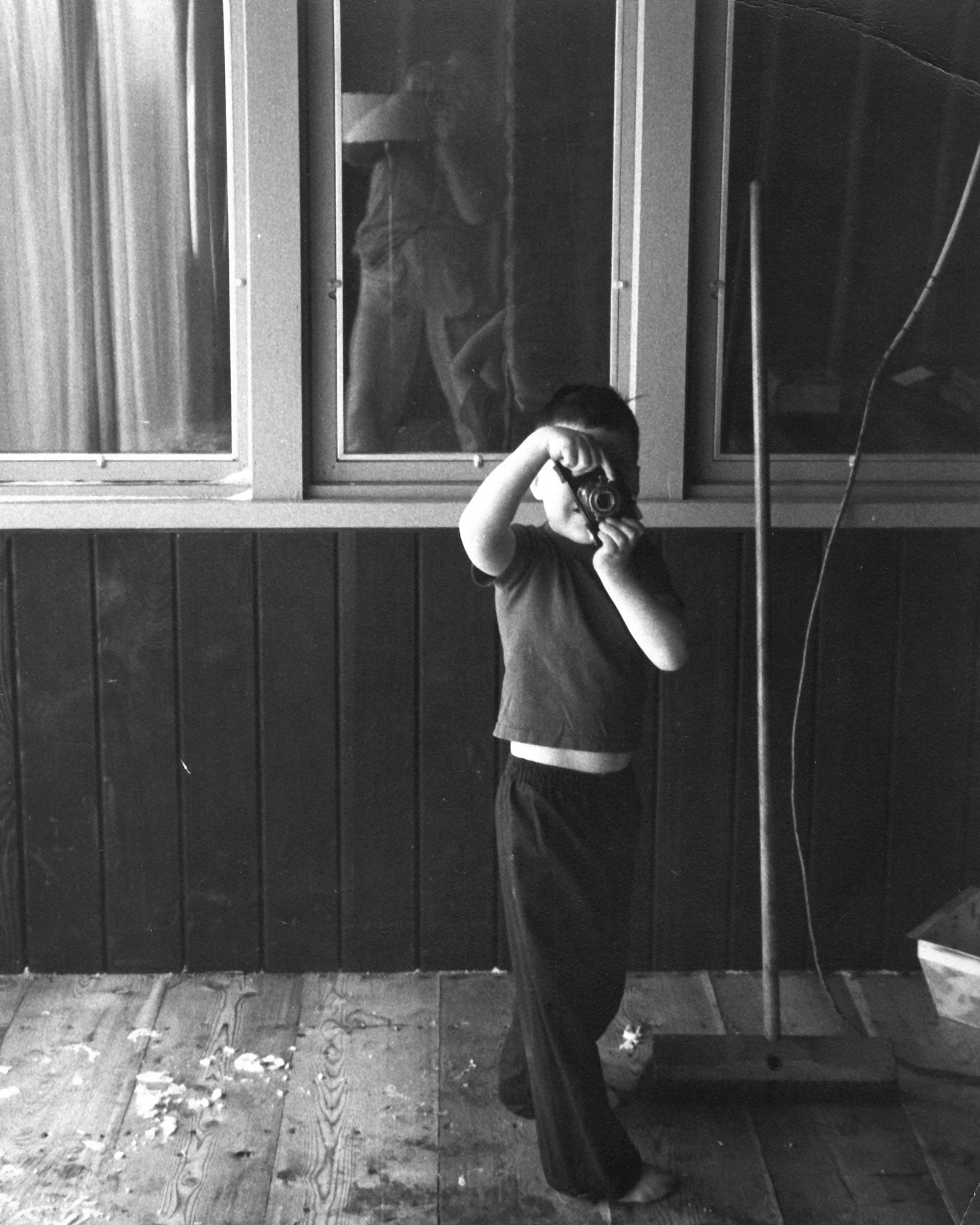 How did your interest in Cowboys and Western culture begin?
I was going to school at Brooks Institute of Photography in Santa Barbara, CA. Horses are a big part of life in that area, and there is a strong Western tradition that is very much alive there. I lived in an apartment close to the Earl Warren Show grounds, where there were frequent equine events. I started shooting rodeo whenever one took place, and ended up travelling all over Southern CA., following the rodeo circuit.

At one point I asked myself what was behind the rodeo tradition, and began studying cowboys, ranch life, and western history.  Pretty soon, I was going from ranch to ranch, mostly in the Great Basin area of the US. (Nevada, Idaho, Oregon, Utah). 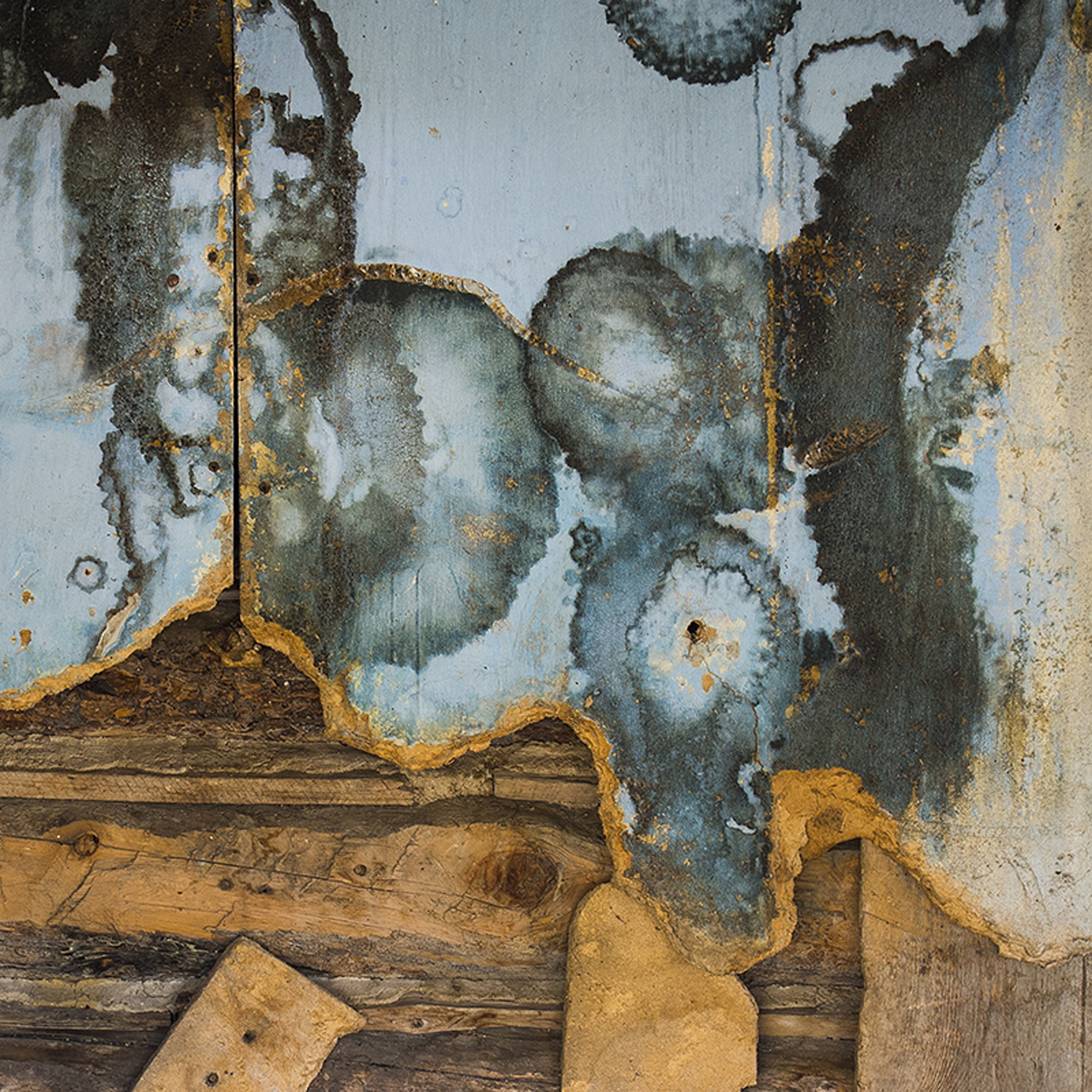 Your “Last Cowboy” project captures the everyday lives of an endangered culture. Do you think it is important to make this documentary record for future memory, before it disappears?
Absolutely, and without question. And I have had the privilege to watch a great deal of the traditional ranch life, disappear, or evolve into something quite different. There is a certain traditional cowboy way of life that existed in many places when I started to photograph, these are mostly all gone now. It has not completely disappeared, but it has changed radically.

The role of photography in documenting history has to be one of the most important aspects of photography. When you think of occurrences and periods that have taken place in history, I am willing to guess that an image or images will be the first thing that pops up in your head. I think about Matthew Brady and his team photographing the Civil War, Ansel Adams documenting the West, the flag-raising in Iwo Jima, the first man on the moon, Jacob Riss and Lewis Hine, images from WWII, portraits of famous leaders and scientists, the Dustbowl days. I could go on forever.

These images provide a record, an understanding, and a feeling, of what history looks like. They are the closest thing one can get to actually being there. Maybe even more so. It is an established fact, that as humans, we create and embellish our memories. Photographs generally are accurate and don’t lie.

The photograph is one of the most powerful documentary tools in existence.

Can you tell us about the “Ranch” project? How did the idea came about and where is this place located?
Many of the photographs on the Ranch project were made on the Willow Creek Ranch, in Wyoming, where I spend a lot of time, both photographing and teaching photo workshops.

In the Ranch project, we often find square-framed photographs. Are they still influences from the use of your old Mamiya 6?
Absolutely! I first picked up the Mamiya, because I wanted to use the largest format possible, to shoot hand-held photographs. I’m a photojournalist at heart, and being able to work quickly, looking for that “decisive moment”, is what I want to be able to do.

While using the Mamiya, I fell in love with square images. Interesting, because my father did most of his best work with a Rolleiflex.

I was always frustrated by my 35mm equipment because I could not shoot square. Yes, of course you can crop later, but it is just not the same looking through a viewfinder and not being able to see what you want. With the Olympus, I got my wish and now I’m loving shooting square again.

What camera and lenses did you use in the “Ranch” project?
I love the 17mm 1.8 lens. It’s the traditional photojournalists lens. Wide, but not too wide. Fixed, so you spend time on your composition and not zooming around. Intimate. And wonderfully fast. If I had to have one lens, this would probably be it. 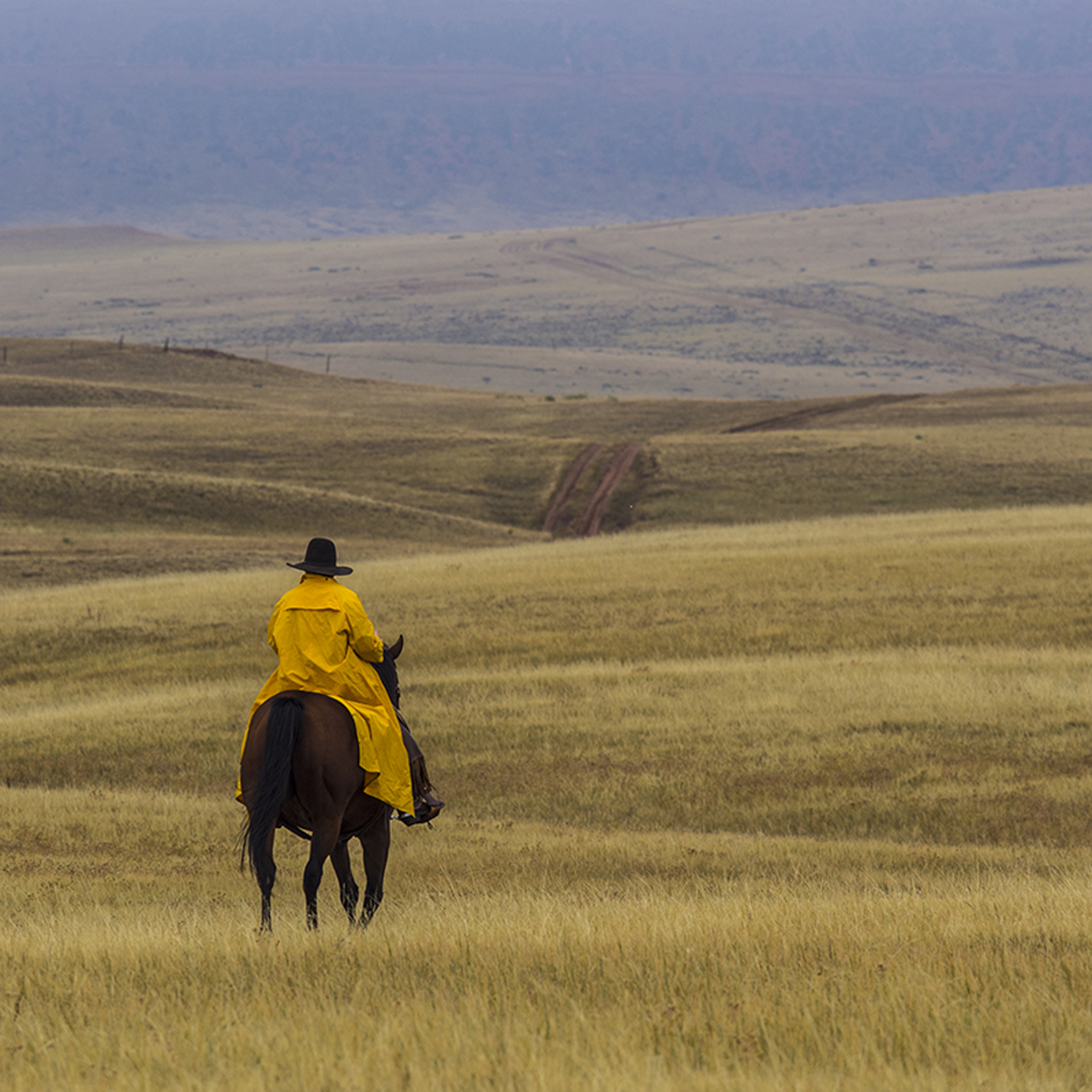 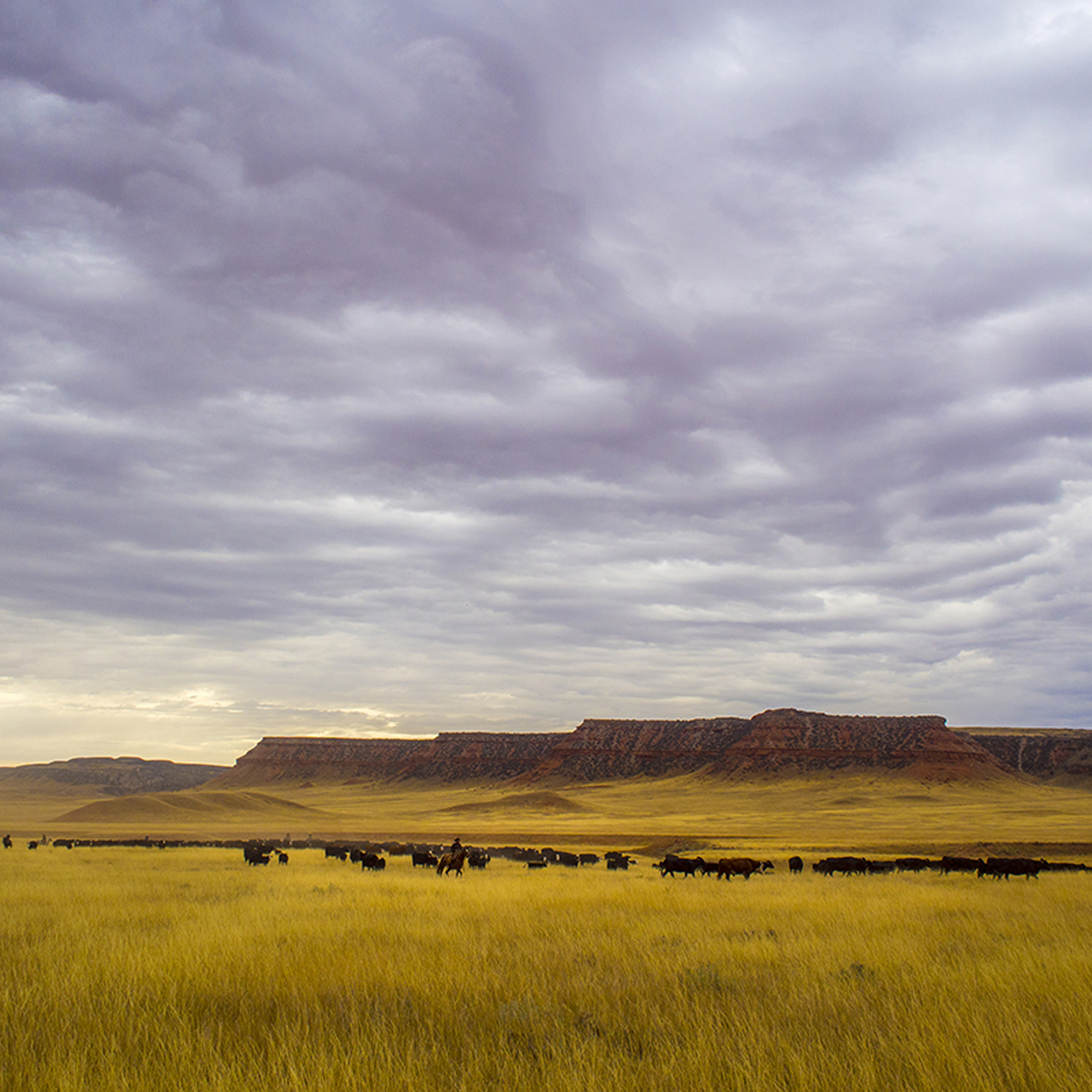 Coming from a medium format film camera, why did you choose the Olympus M43 system for your current work?
One of the reasons I loved the Mamiya, was that for a medium format camera, it was relatively small, lightweight, quiet, and unobtrusive. That, and the fact that I could shoot square pictures with it, made it a very comfortable camera.

The Olympus has all these same qualities. I travel a great deal. I have a Nikon system that I used to haul around. Those cameras and lenses are very large, and heavy. When you are walking around for hours, a heavy camera bag makes me physically tired. And after years of carrying heavy camera bags everywhere, my back and shoulders are not what they used to be. When I am physically tired, it affects my mental state, energy, and enthusiasm. I don’t make that many great pictures if I am exhausted. The OM system is compact and lightweight. Most of the time I am not aware that I am carrying a camera bag.

I like photographing people, and I have photographed them all around the world. I have always been very aware at how my subjects’ react to the hardware I have in my hand, and that I am pointing at their faces. Big cameras and big lenses seem to intimidate people. I can tell that they become hyper-aware of having their picture taken. Little point and shoot cameras, seem pretty harmless to most subjects, but they are way too basic, are lacking in quality compared to a pro camera, and they tend to on the slow side.

The Olympus is a compact camera, and people don’t tend to feel threatened by it.
It is small, quiet, and unobtrusive, and delivers the quality that we all strive for.
I think most photojournalists would like to be invisible. My OM gets me closer that than anything else.

Certainly this type of projects was a test of the ruggedness of the camera. How did it behave?
My OM system has held up magnificently. On a ranch, you spend a lot of time, either on the back of a horse, or riding in one of the ranch pickup trucks. On horseback, my cameras are often in saddlebags, which tend to bounce around, as the horse is moving. And certainly not dust-proof. In a truck, I often find myself riding in the back, great for photography, but a very dusty place to be.

When I am on the ground, I love the light when the sun backlights a cloud of dust. This is wonderful for the photographer, but hell on camera equipment. I carry a small sash brush (paintbrush) in my back pocket and brush the dust off my cameras when I need to. Weather is another consideration, especially here in Wyoming where it can be hot and dusty one minute, and rainy or snowy the next. There is a large degree of confidence knowing that my cameras are weatherproof. I can’t say that I have given them a really thorough soaking yet however. I’m going to guess they are more weatherproof than I am.

In most of these portraits you were able to capture moments in which people behave in a natural way, almost as if they were not disturbed by your presence, despite the closeness. How did you do this?
I think there are two elements that come into play here. The first element is what I addressed in the previous question, that the camera equipment does not intimidate the subject. They don’t feel like they are being looked at with a microscope.

The second element has to do with the photographer. Everybody has a different personality. A different vibe, if you will. I know people who will walk into a crowded room, and for whatever reason, everybody’s attention is directed at that person. These people project an amazing presence. I think that there are a lot of photographers, including myself, who manage to walk into a room unnoticed. Henri Cartier-Bresson, one of the most famous photojournalists, talked about being “a fly on the wall”. I don’t know if it is natural, or something I have developed over the years, but I can usually enter a situation, and fade into the background and go almost unnoticed. I have the ability make people comfortable.

I think my subjects can sense that I genuinely admire and respect them, and that I am genuinely interested in their lives. I accept them and they accept me. The process of photographing becomes a team effort, collaboration between photographer and subject. It results in a genuine photograph that among other things, reflects in some way, the trust we have in each other. We are making a photograph together. It is not a case of a photographer “taking” a picture.

Adam Jahiel is an internationally recognized photographer who lives and works in the American West. Mostly known for his photography of the American Cowboy, his photography has taken him all over the world. His poetic and dynamic images have been exhibited and published across the globe. In 1996, he became the first living photographer to have a one-man show at the Buffalo Bill Historical Center, in Cody, Wyoming. His photographs are in the collections of the Nevada Art Museum in Reno, the Art Institute of Chicago, the Museum of Fine Arts in Boston, as well as private and corporate collections. Adam has had a varied professional career. He has worked for the motion picture industry, and adventure projects, most notably as the photographer for the landmark French-American 1987 Titanic expedition. His work has appeared in most major U.S. publications, including Time, Newsweek, The New York Times, National Geographic, Smithsonian and countless others.