A big thank you at Olympus DACH to you for this! 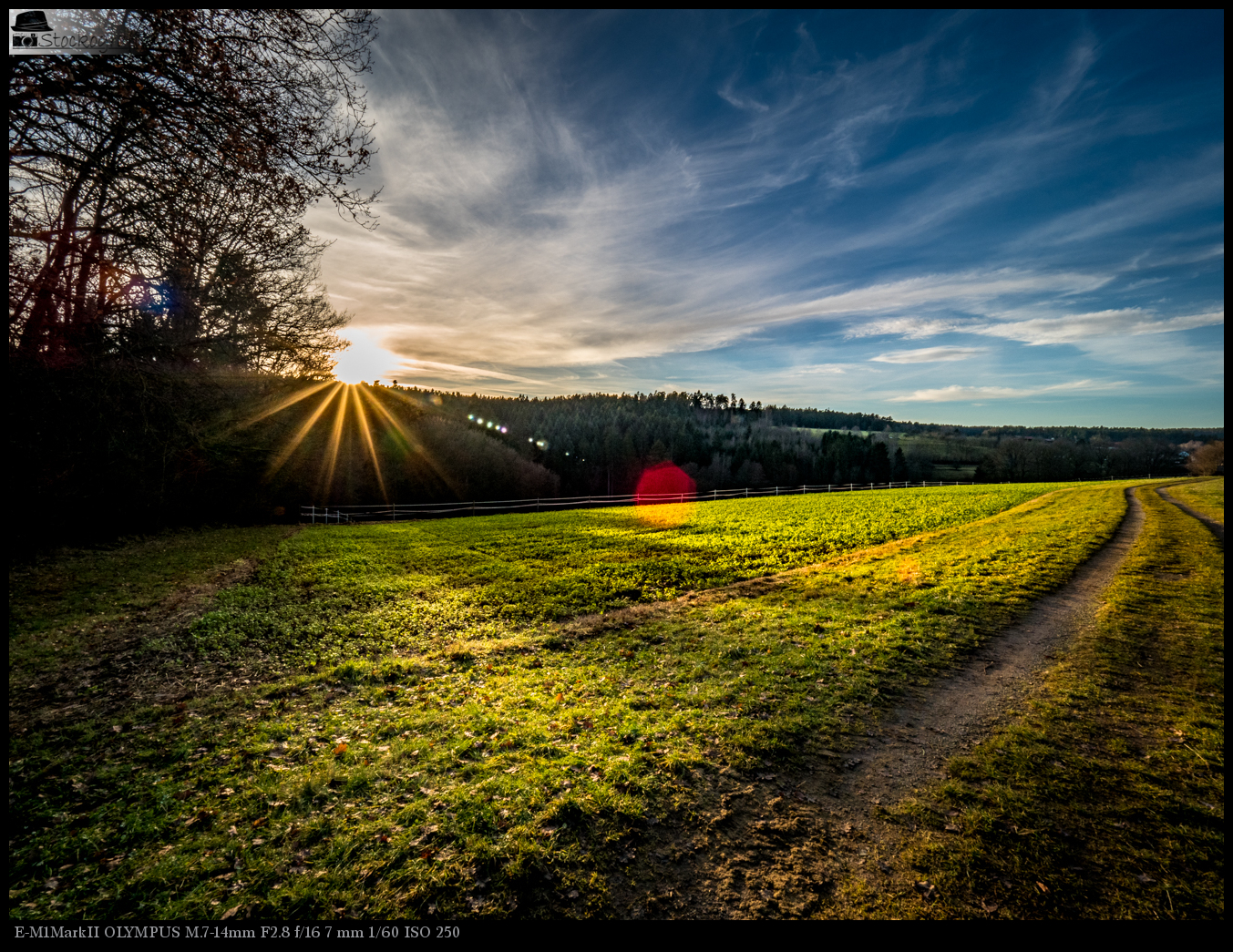 Unfortunately I was off sick for two weeks meaning that out of the four weeks which I was able to keep the awesome gear I only had two left. None the less I think I got quite a good impression of what this camera is capable of and that is amazing. But then again you get what you pay for and in this case the Olympus OM-D E-M1 MKII and the Pro lenses would yield up to an nearly 5000€ if you buy the gear new at your retailer around the corner.

That is a substantial amount of money and many photographers will argue that for that money I could get a full frame kit or a decent DSLR as well.

Yes you could. Would I do it? In short no!

Why? Well for one thing you lose portability. That whole kit was so small that easily fits into a small Think Tank retrospective bag.

Secondly you lose out on Olympus´s magical IBIS (In Body Image Stabilization). What the engineers of Olympus have managed to do with this camera is astounding. Hand held shots at such low shutter speeds are just crazy!

You worry about High ISO with the mFT Sensor? Forget about it. 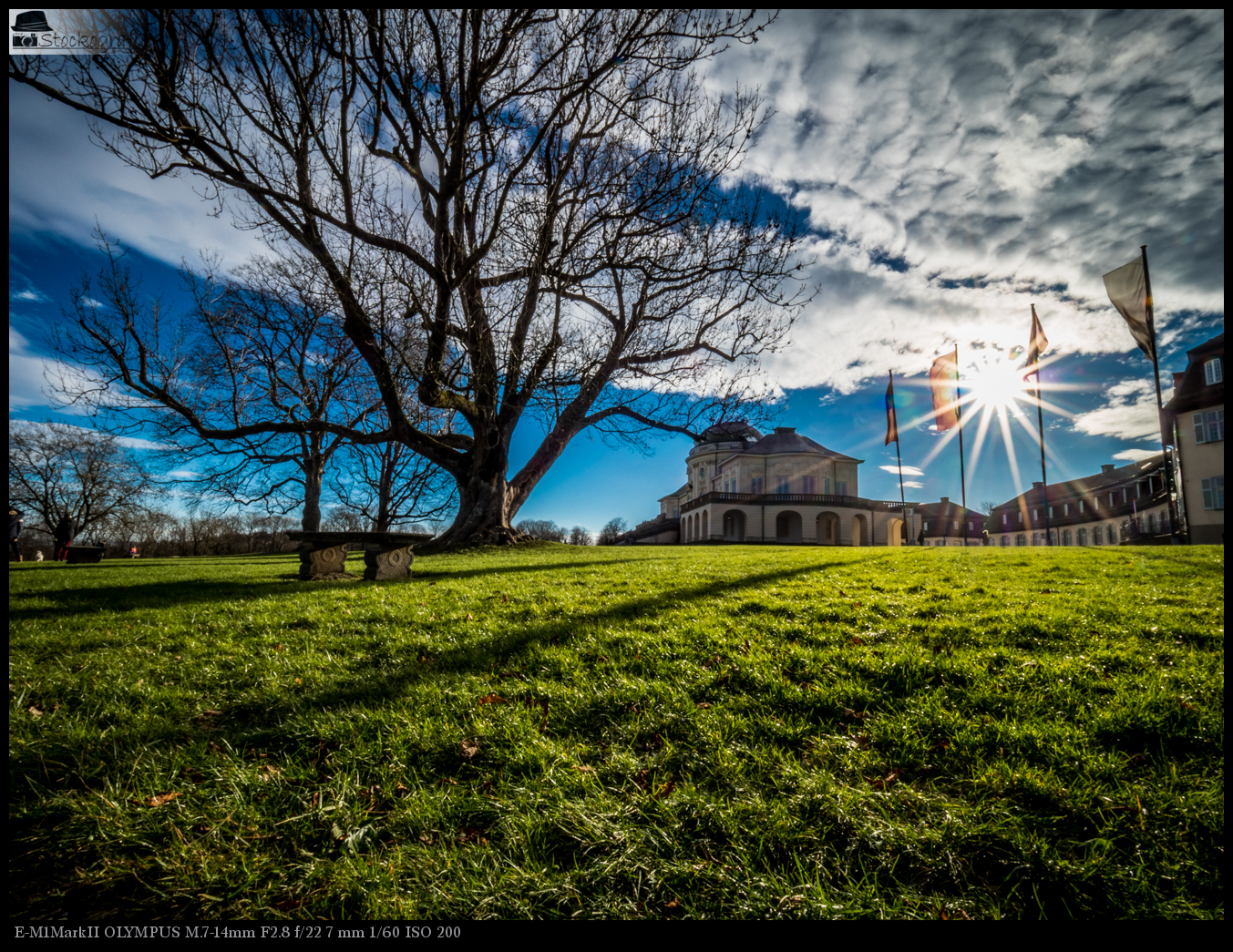 With the IBIS on board I personally never have to go above ISO 800. But even if I would, the new 20MP Sensor in the Olympus OM-D E-M1 MKII is able to get some decent shots at ISO values up to 6400. Yes you get noise, but it is such a nice grain type noise that I just do not mind about it. This is my very personal opinion and others might think differently.

Now let’s go through the camera a bit.

1. The Body
Olympus as slightly refined the already great Body which is found on the MK1 of the OM-D E-M1. The grip is even better and I can carry the camera with just two fingers if needed. The new slightly larger grip is absolutely perfect for my hands. Well done Olympus.

The Buttons are near enough at the right place. I personally would change little.

What I don’t like is the on/off switch. Please but that one around the shutter button. I also don’t like the slightly mushy buttons for the Menu, Play and Erase!

That’s all I have to criticize on the layout of the camera. Everything else is where it belongs and works flawlessly!

The Body feels sturdy and I get the feeling that I could and probably can use this camera with one of the pro lenses under every kind of circumstance I can think of. Dust? No problem. Rain or even heavy rain? Would not care about it. Snow and really cold temperatures? Who cares with a piece of gear like this? Not me! 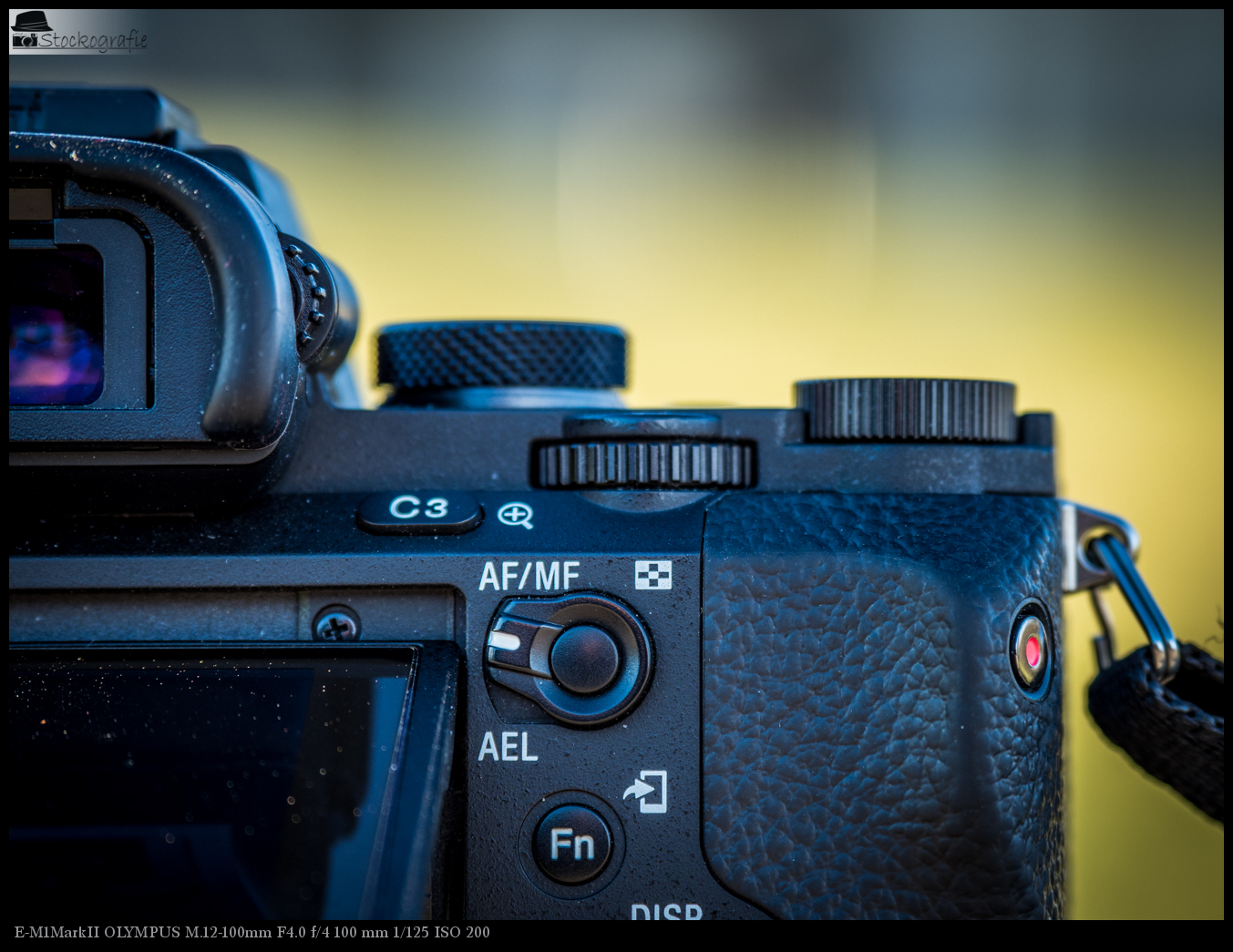 2. Autofocus
This is a short story. The Olympus OM-D E-M1 was fast this MKII camera is insane. It is like it is reading my thoughts and knowing what I want to focus on before I do.

It is fast, very fast and on top accurate. 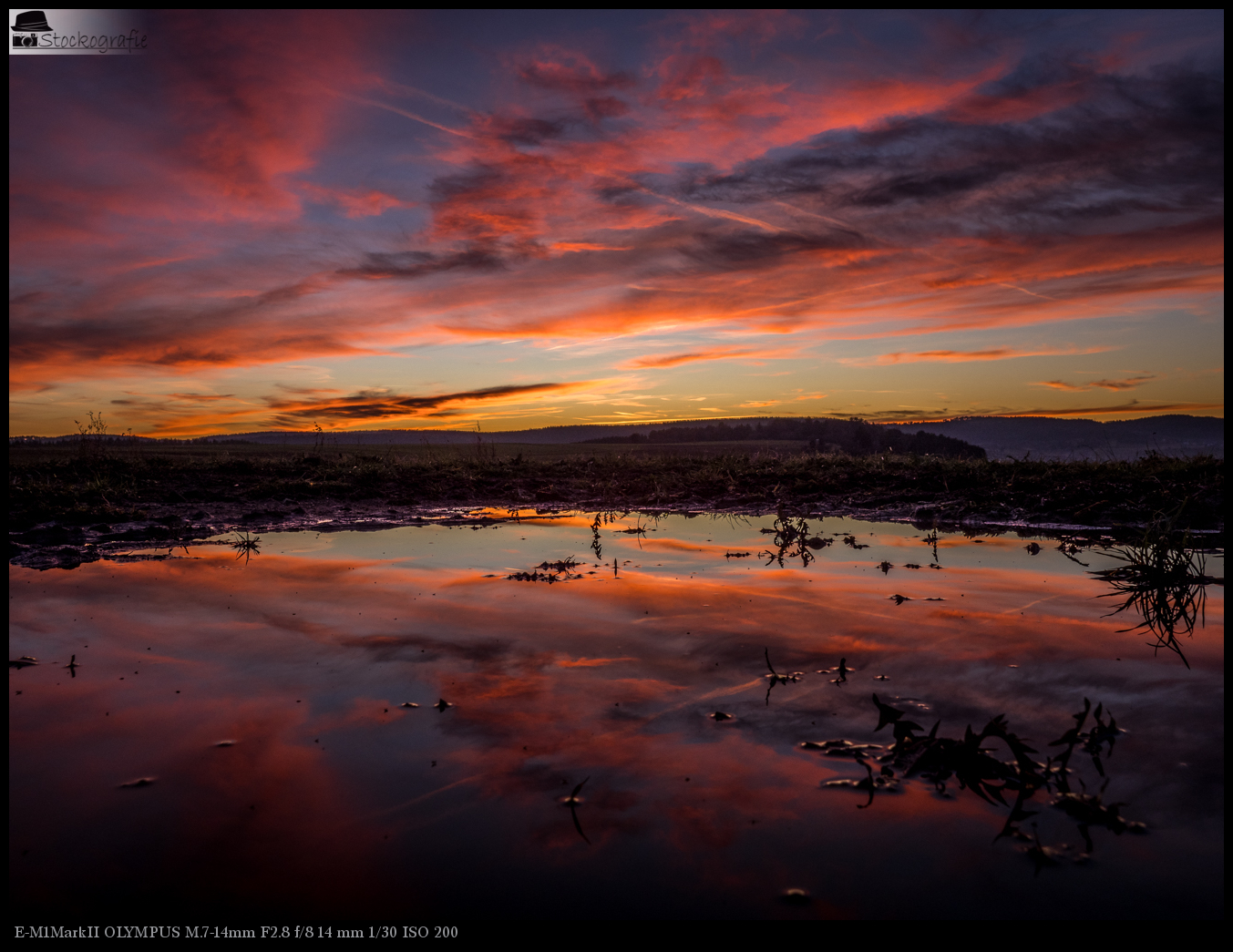 3. Image Quality
In every review this is probably the section which almost every reader is interested in most.

In my opinion the image quality which this amazing Olympus OM-D E-M1 MKII produces, is enough for all kinds of photographers. I would not hesitate to say that a lot of professional photographers can use this camera and sell the images to the client. Weddings, Sport, Landscape and portraits. You name it this camera can do it.

The MKII produces wonderful versatile files coming out of this new 20 MP sensor. In my opinion Olympus has given the OM-D E-M1 MKII a wonderful sensor which delivers great photographs.

That is of course my own humble opinion.

At base ISO the Olympus OM-D E-M1 MKII produces super crisp and clear images which you can play with in the raw converter of your choice. I personally use Adobe Lightroom CC for this and am really happy with the images I got.

As stated. The images are crisp, clear sharp enough to cut a diamond and with plenty of contrast in them. Take a look at my sample images below and decide for yourselves.

You like to shoot jpeg only? This camera can do it. I myself have turned to a raw shooter over the years as I just love to fiddle about with the images in Lightroom.

On an upcoming trip to Cuba and Mexico I would have loved to bring this camera and the Olympus M.Zuiko 12-40mm 2.8 Pro lens with me. Unfortunately I had to return it back to Olympus Germany. What a shame I can tell you. 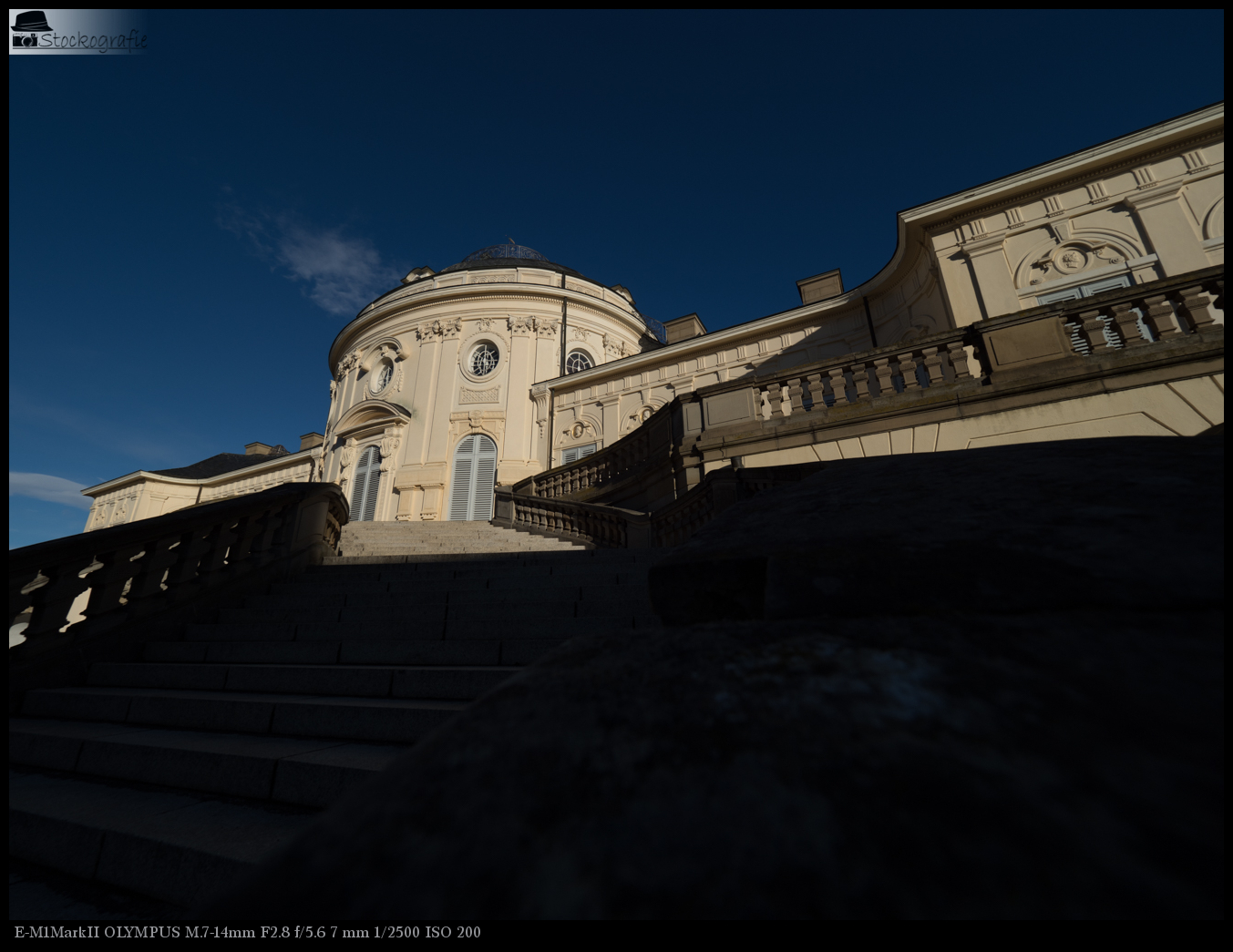 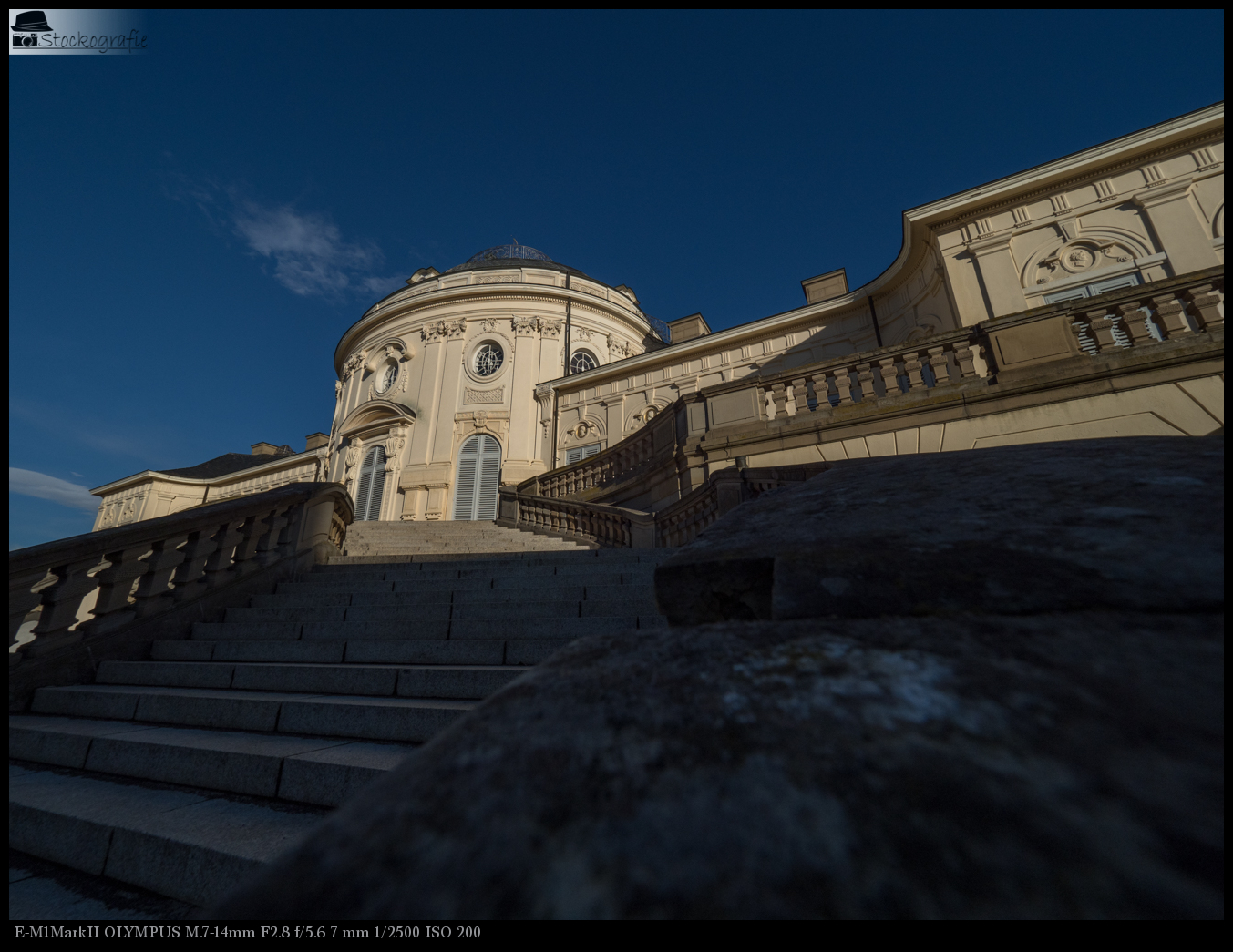 4. Battery Life
For a long time we mirrorless shooters have had one problem to work around. Battery life!

With the entire mirrorless cameras I have owned so far battery life has been mediocre. If you are a DSLR shooter you are used to leaving your camera body switched on at all times. Take it out the bag, take your shot and that’s it!

With mirrorless cameras you start to think differently. As the battery is constantly being drained by the EVF or the screen the battery empties a lot faster! I myself have got so used to switching the camera off between shots that I don’t even notice any more. And I can easily get around about 400 shots out of one battery. Yes once again, you DSLR shooters get 1200 shots out of one.

With the new battery which is delivered with the Olympus OM-D E-M1 MKII things have changed. In comparison to the old BLF1 battery this thing is huge.

You know what? It lasts. I had the camera on loan for four weeks and only charged this beefy battery once.

If I would take this camera on a three week vacation I would not have any fear of running out of juice. I would take one spare battery with me at the most. Depending of course where I would be heading. For my type of vacation that would be more than enough. 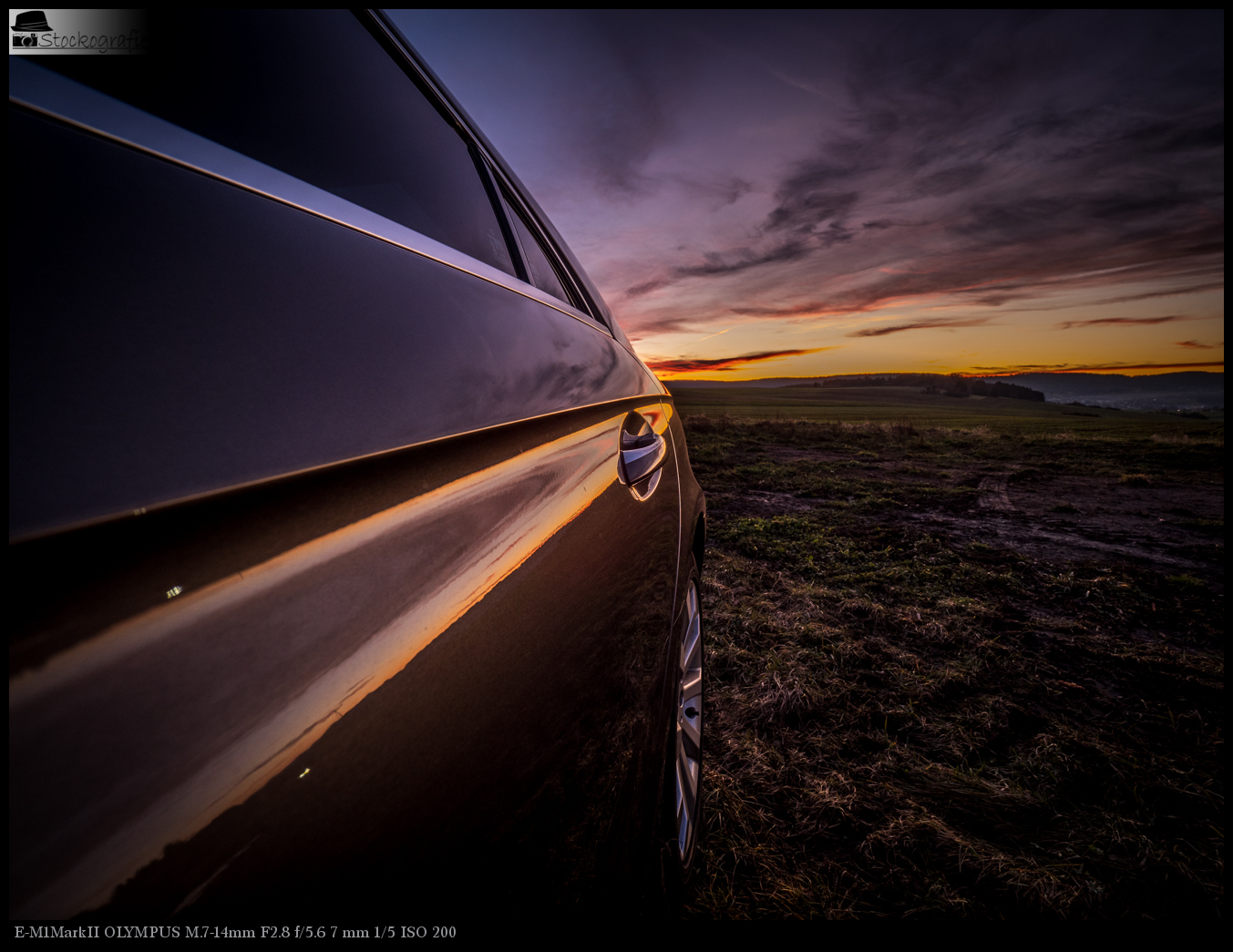 My final word
This has not been an extensive or extreme technical review. There are other sites where you can find test charts, curves and all the technical stuff. It’s more or less my initial thoughts after using the camera for a few weeks! As I stated at the beginning of this post I was not able to use the camera the full four weeks as I was off sick for two weeks of the four in which I had the camera with me. That really was a pity but my health is more important than the gear. Sorry Olympus

Nevertheless in the times I did use this masterpiece of equipment I thoroughly enjoyed it. The Olympus OM-D E-M1 mkI was and is a great camera already. You can see my love for mFT in this post.

The Olympus OM-D E-M1 MKII just made the already good even better. It is faster to focus, more accurate to focus and faster to write the lovely 20MP files to the card. 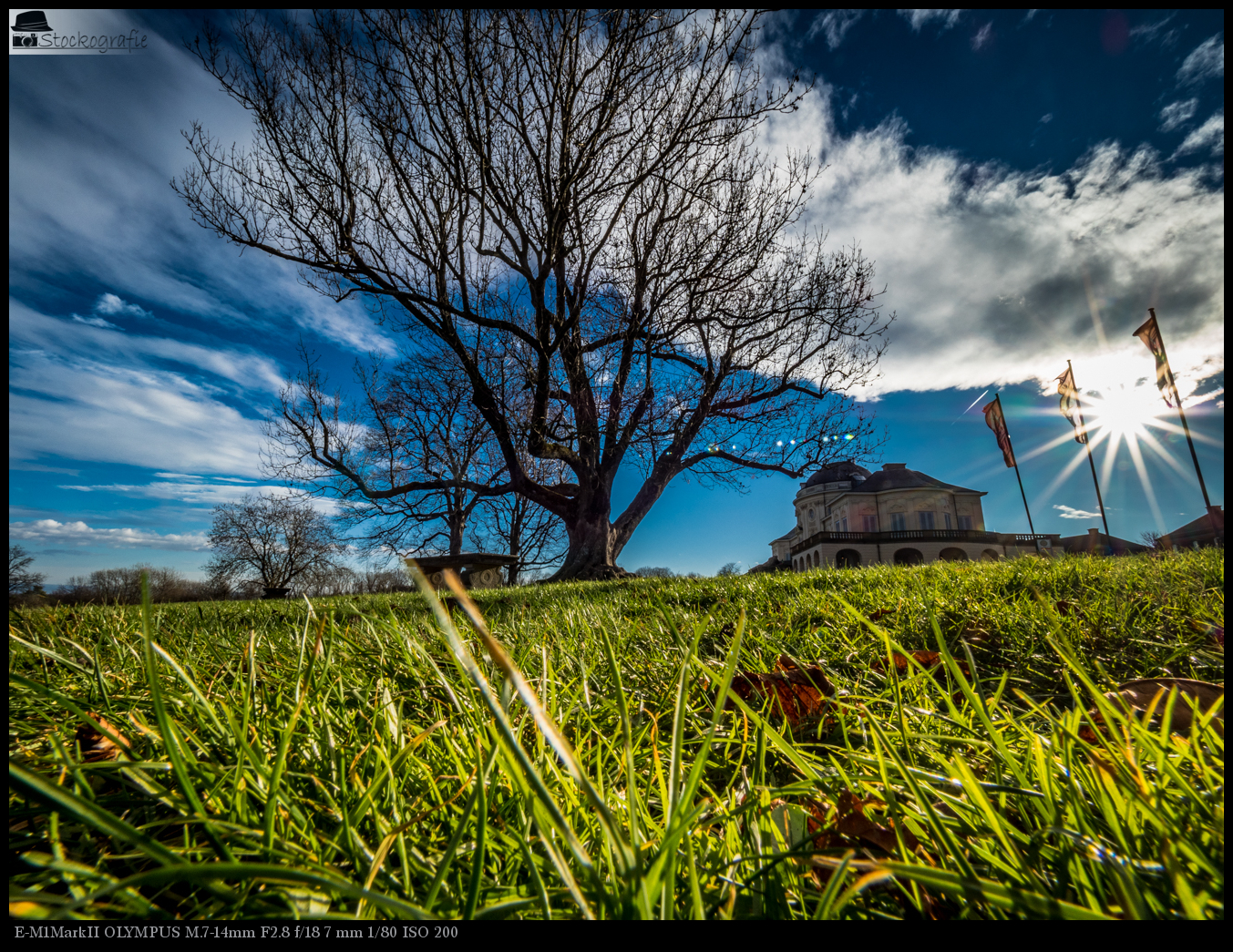 Image quality is more than enough for almost all kinds of photographers. If you are planning huge prints, I am speaking of billboard size, then you are not looking at a camera with an mFT sensor in the first place. But if you are a travel photographer, someone who shoots weddings or even landscapes then this is a great choice. As stated above take a look at the sample images below and decide for yourselves.

If I had the cash to spare I would not hesitate to buy this camera with some of the amazing Olympus glass. My personal choice would be the M.Zuiko 12-40 2.8 Pro and the 7-14 2.8 Pro. As I am no telephoto photographer these are just my focal lengths I like. But that is my personal choice, yours might differ.

Well that’s it for the time being.

Thanks once again Olympus Germany. 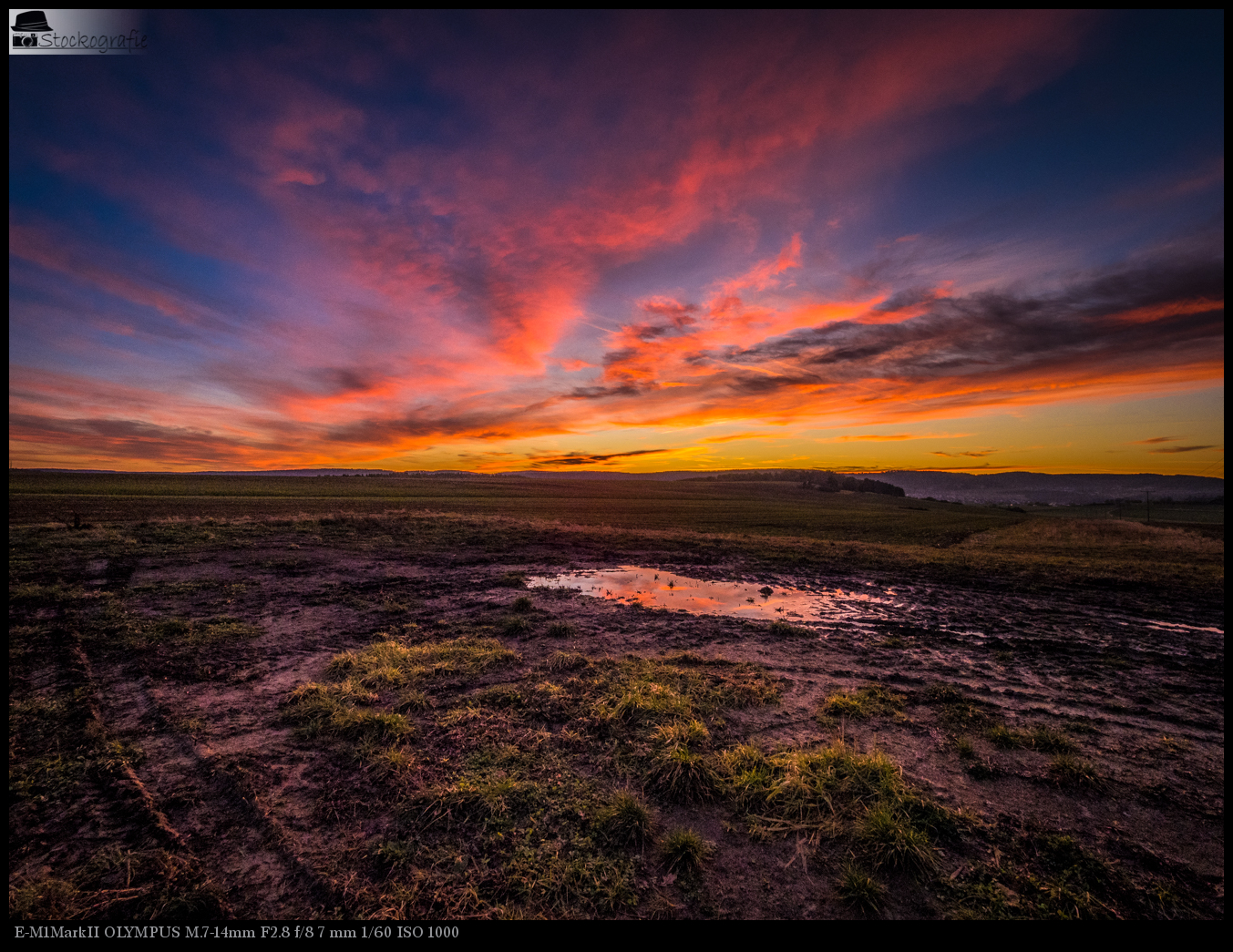 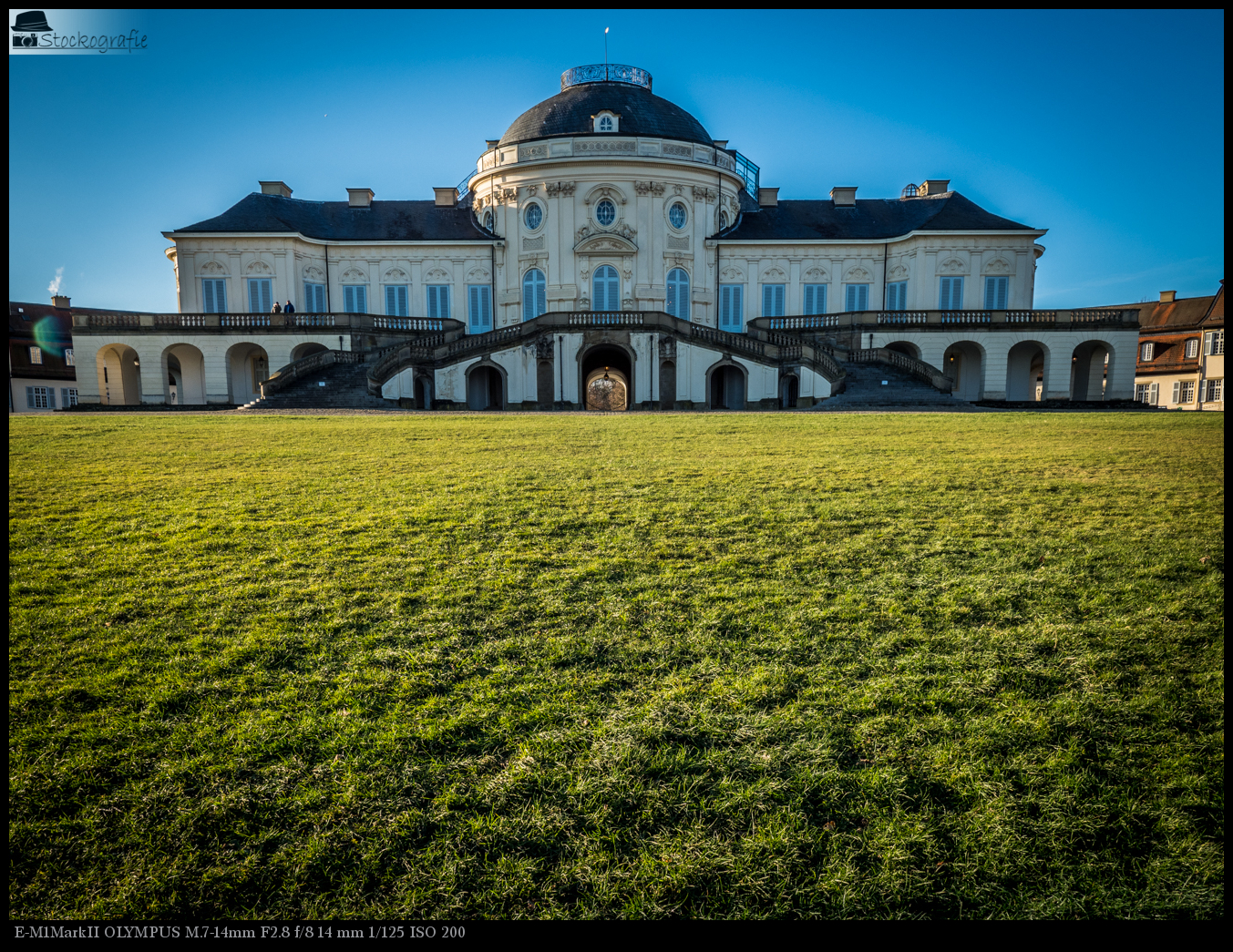 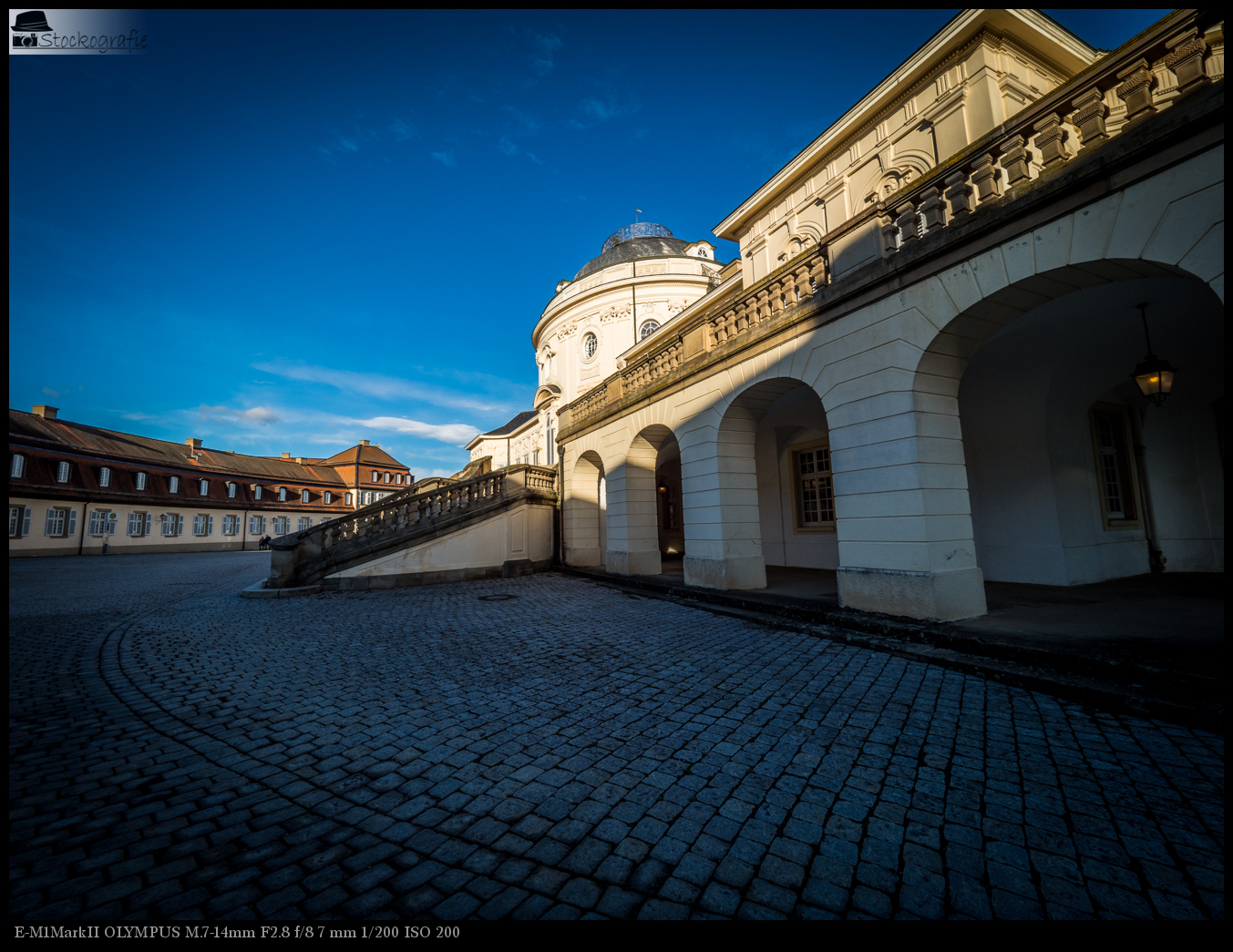 First thoughts on the Olympus OM-1