As I’ve said in my original review of the 50mm f/1.4 CCTV C-mount, this lens is very cheap (less than 30 dollars/pounds/euros), yet capable of amazing results. Technical image quality (as in lack of aberrations, flare, vignetting, etc.) isn’t what this lens is about, although it isn’t bad in that regard either. What it’s really good at are image rendition and bokeh. Read on to find out what I think about its build quality, usability and image quality.

Note: I have already reviewed the 50mm f/1.4 CCTV C-mount lens on my Nikon 1 V1 – you can read that review here. Because of vastly improved image quality on my Olympus OM-D E-M10 I have decided to write this review, in course of which I will be analyzing its performance on Micro 4/3.

Build quality
The thing that irked me the most about the build quality of the 50mm f/1.4 CCTV C-mount lens were its rather stiff aperture and focusing rings. After more than two and a half years of owning and using it, the rings now turn much more smoothly. Not perfectly smooth, but much easier than at the time of the original review. I now enjoy using it much, much more for this reason alone. What also motivates me to take it along more often is the fact that it has much better image quality on the OM-D E-M10 and is much easier to use on said camera, but I will go into more detail on that later on in the review. 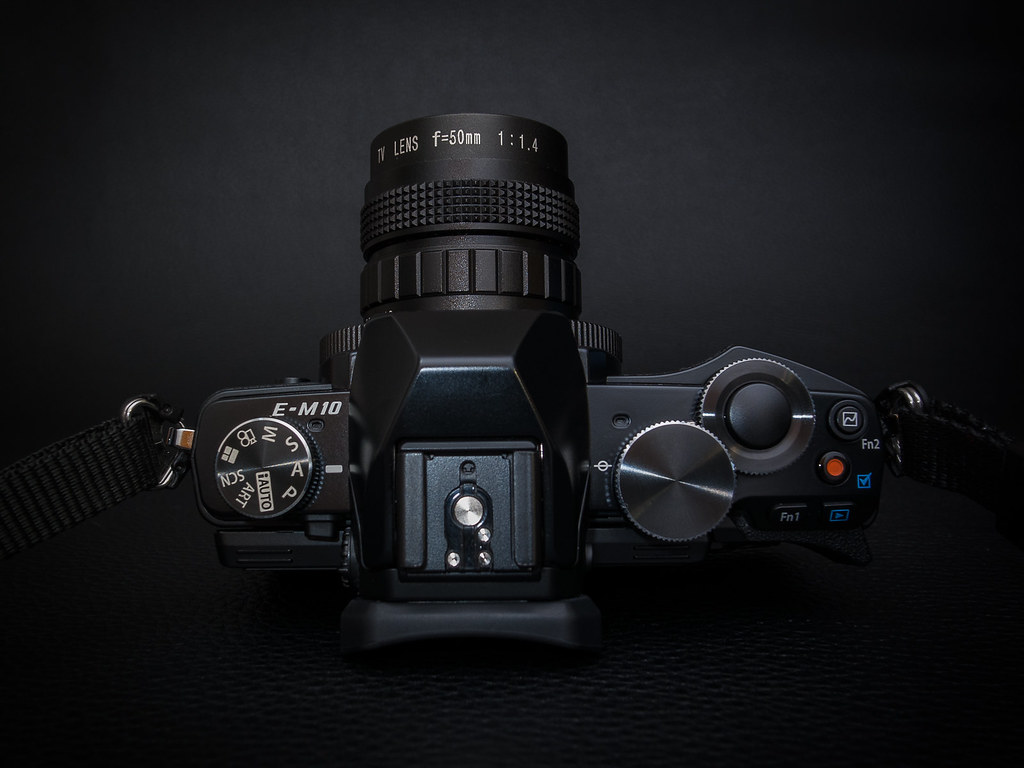 The lens doesn’t feel hollow, it has a nice heft to it. The materials it’s made of (mostly metal), which I found surprisingly good for a 30 bucks lens, have proven robust as expected. Even after all this time there are hardly any scratches either on the metal body of the lens or the front and rear element. And I’m not someone who keeps his gear in a display cabinet and pulls on velvet gloves when it’s time to use it. I use it almost daily and I don’t hesitate to put the camera and lens onto the ground or to press it against a fence or a pole, to stabilize it even more. For me getting the shot has higher priority than keeping my gear in pristine condition. 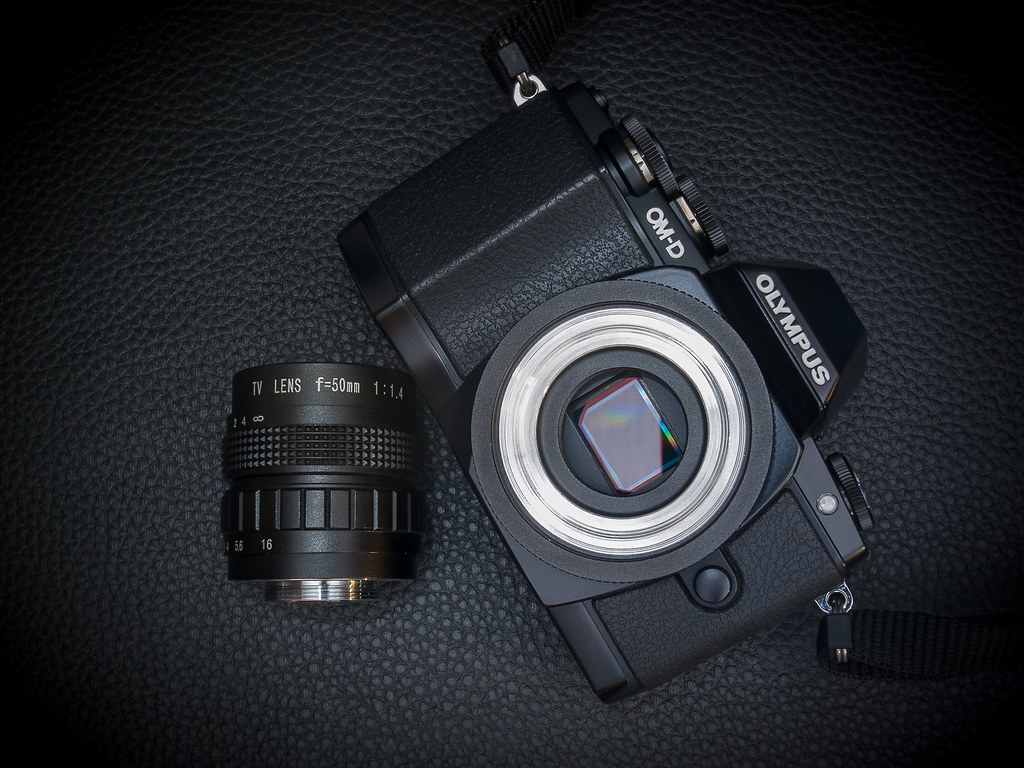 It is also important to note, that this lens has a 6-bladed diaphragm. The aperture has an odd shape when stopped down. It resembles a hexagon when you stop down to about f/4. At f/5.6 it has the form of a stretched out hexagon, while at f/8 and above it looks like a rectangle. The irregular aperture shape produces “bokeh circles” of the same shape. Instead of nice round circles you will see hexagons or rectangles in the background, which is why you should avoid stopping down, unless you really need deeper depth of field.

In addition stopping down to an exact value is very hard to do, because there are no aperture stops. The aperture ring is “de-clicked” just like the aperture rings found on cine lenses. 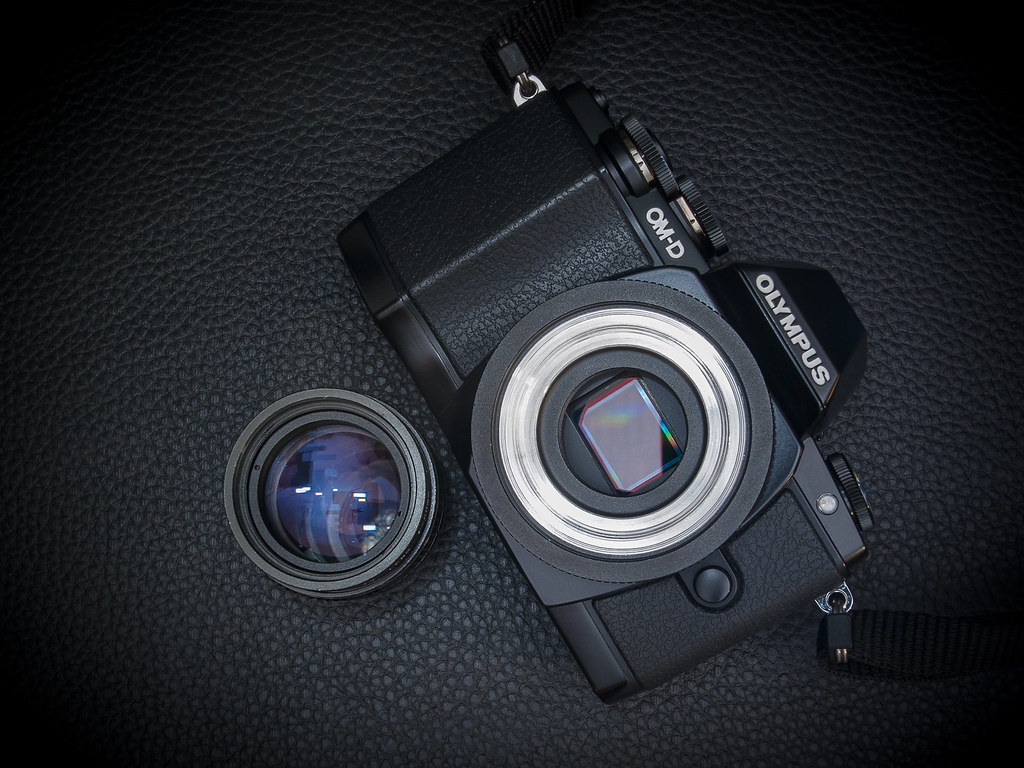 Usability
Using the 50mm f/1.4 CCTV C-mount lens on my Nikon 1 V1 was quite a challenge, because the Nikon didn’t and still doesn’t offer focus peaking, MF magnification or metering when using 3rd party legacy lenses. On the Olympus OM-D E-M10 it’s an entirely different story. Focusing can be sped up immensely with focus peaking, although you do sacrifice a bit of precision in the process. Should you want to “nail” the focus, 10x magnification is the best way to go about it, even though you will be focusing somewhat slower than with focus peaking. I use 10x magnification most of the time.

In my experience the E-M10 meters as precisely with this lens as it does with the Olympus 45mm f/1.8. Still, being a control freak when it comes to photography, I like to know what the camera is doing at all times. I therefore always have the live view histogram activated. All in all the process of metering and correcting exposure is child’s play, despite this being a “manual everything” lens and there being zero electrical communication between the lens and the camera. Kudos to Olympus for making their camera smart like this!

One other feature that helps immensely at manual focusing and getting the shot nice and sharp is the in-body image stabilization or short IBIS. I rarely had problems with camera shake with this lens on the V1, but it was hard to nail the focus, and not only because of lack of focus peaking and MF magnification, but also because the live view feed was shaky. This made it hard to be 100% sure whether the image is going to turn out sharp or not. With the E-M10 the live view feed is stable even when using 10x magnification.

To sum the usability aspects up: there is hardly any difference between using this lens on the E-M10 and a native Olympus or Panasonic lens in manual focus mode. If you are like me, someone who isn’t a huge fan of “focus by wire”, chances are that you will enjoy using this lens more than using manual focus with native lenses.

Image Quality
The 50mm f/1.4 CCTV C-mount lens is sharp in the centre of the frame and not only in relation to its low price. I’ve included a couple of images and corresponding 100% crops down below. Take a look and form your own opinion. I used the following settings for sharpening in Lightroom: Amount 25, Radius 1 and Detail 25. Click on the crops to view them full size. 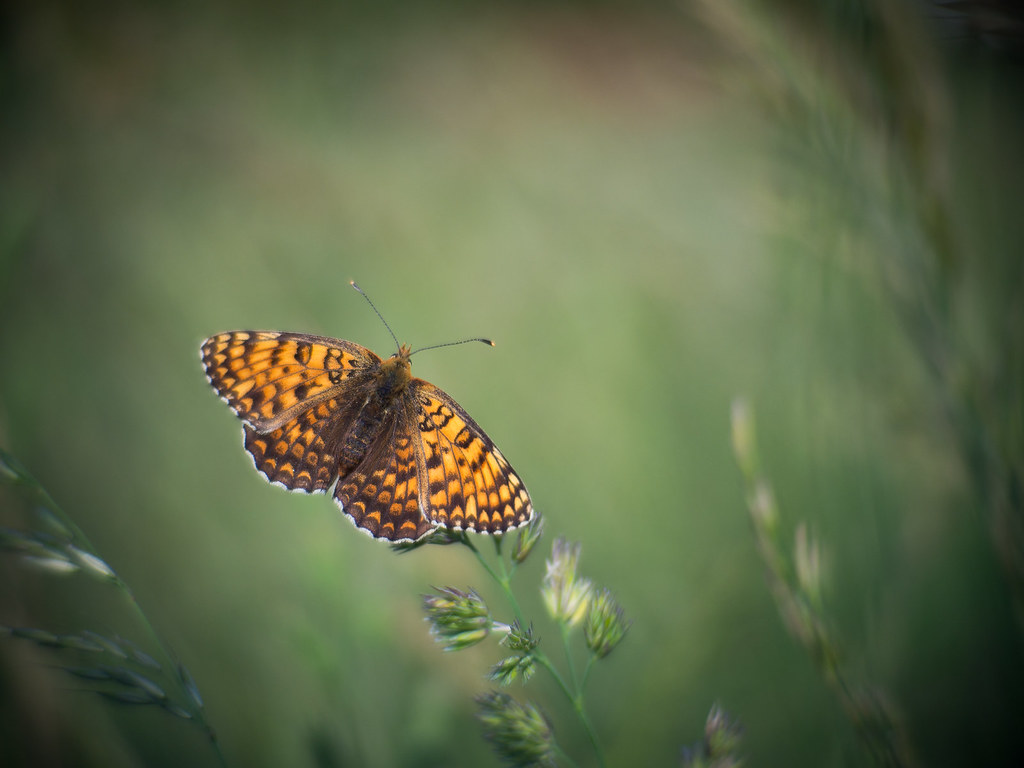 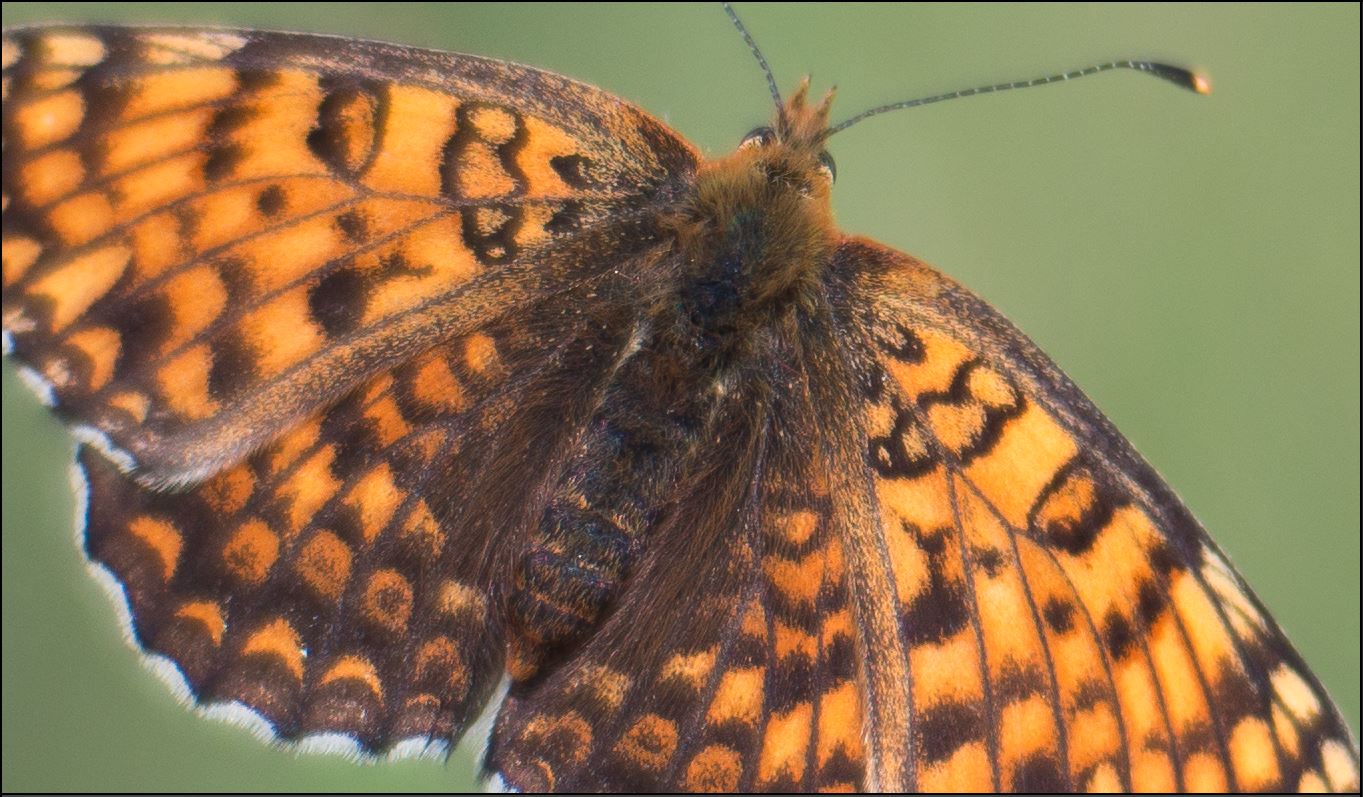 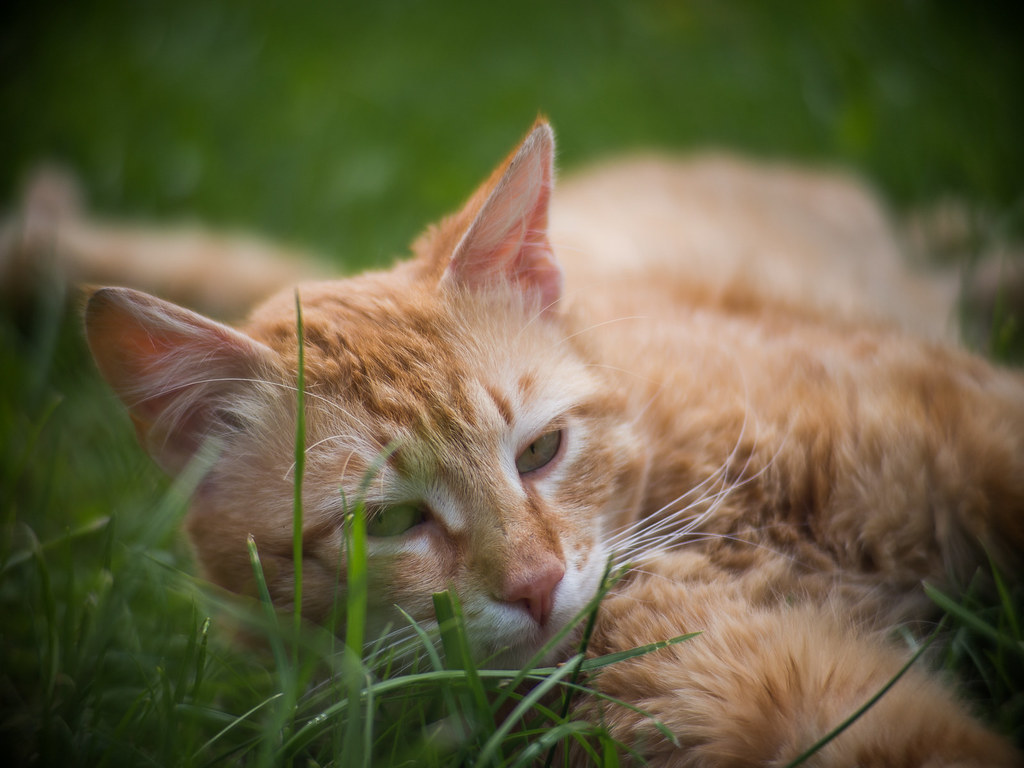 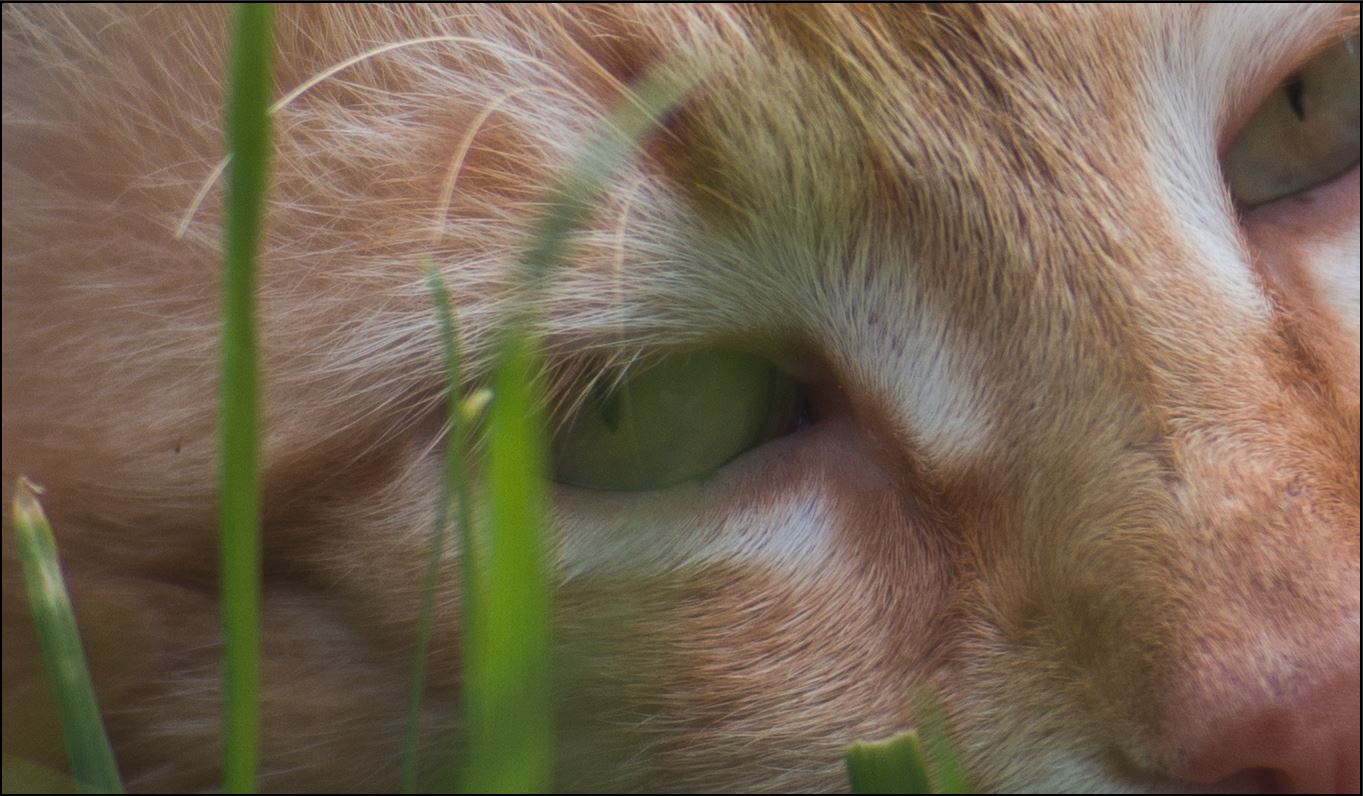 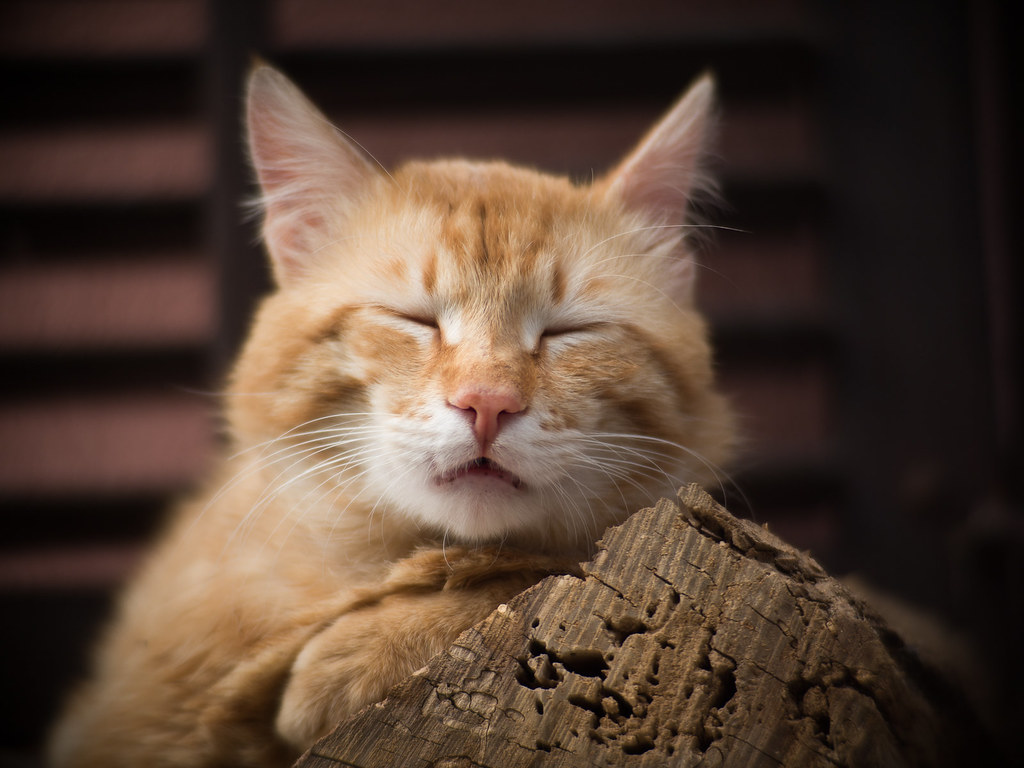 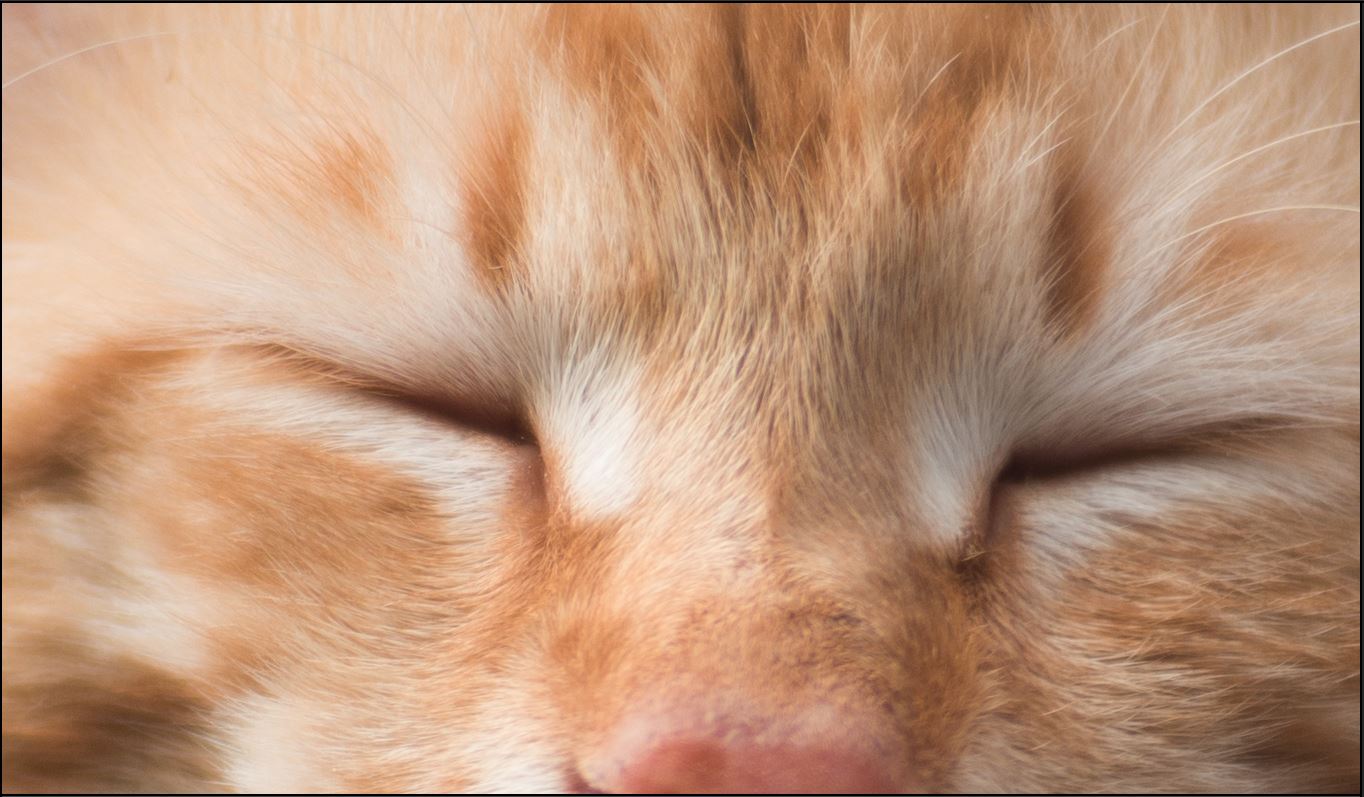 Being designed for much smaller sensors this lens displays very high amounts of vignetting on Micro 4/3 cameras. This is what it looks like when you take a shot of a uniform surface at wide open aperture. 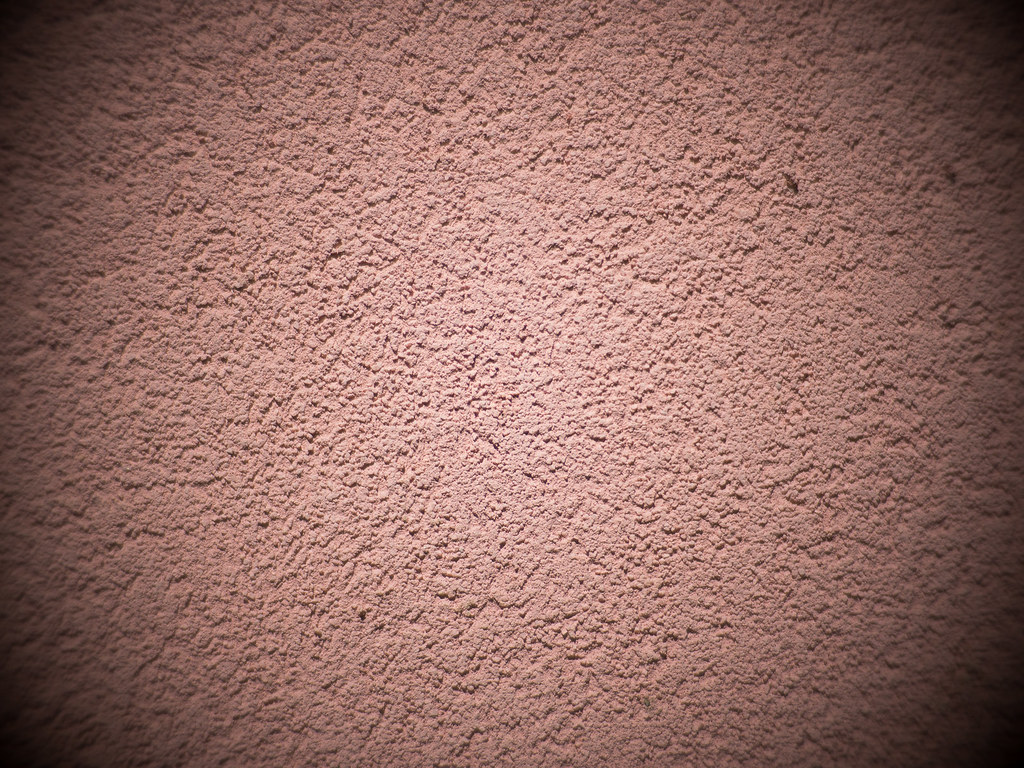 Backlighting behavior is pretty odd. There are practically no flares if the sun is in the frame. 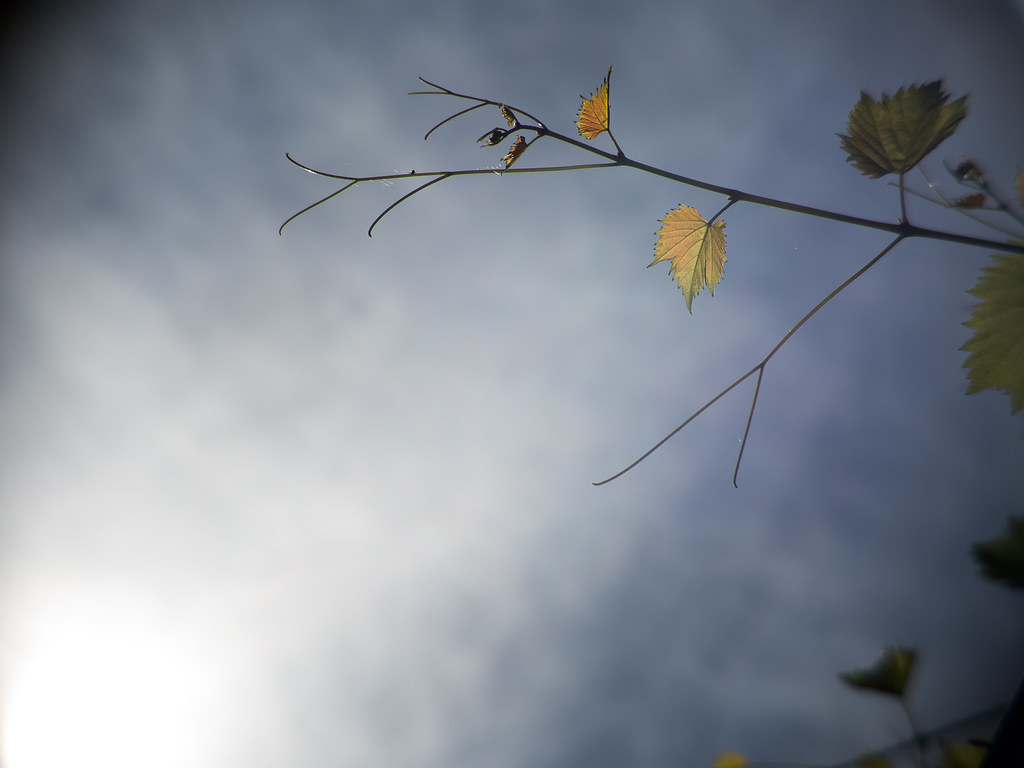 But if it’s just outside of the frame and at just the right angle, what you will see in the frame is a large, faint circle, just like in the following photo. This can be fixed with a lens hood (I used my hand to block the sun and it worked on a number of occasions), but I have no idea if there are any for lenses with such a small filter thread diameter of only 34mm or 1.34”. 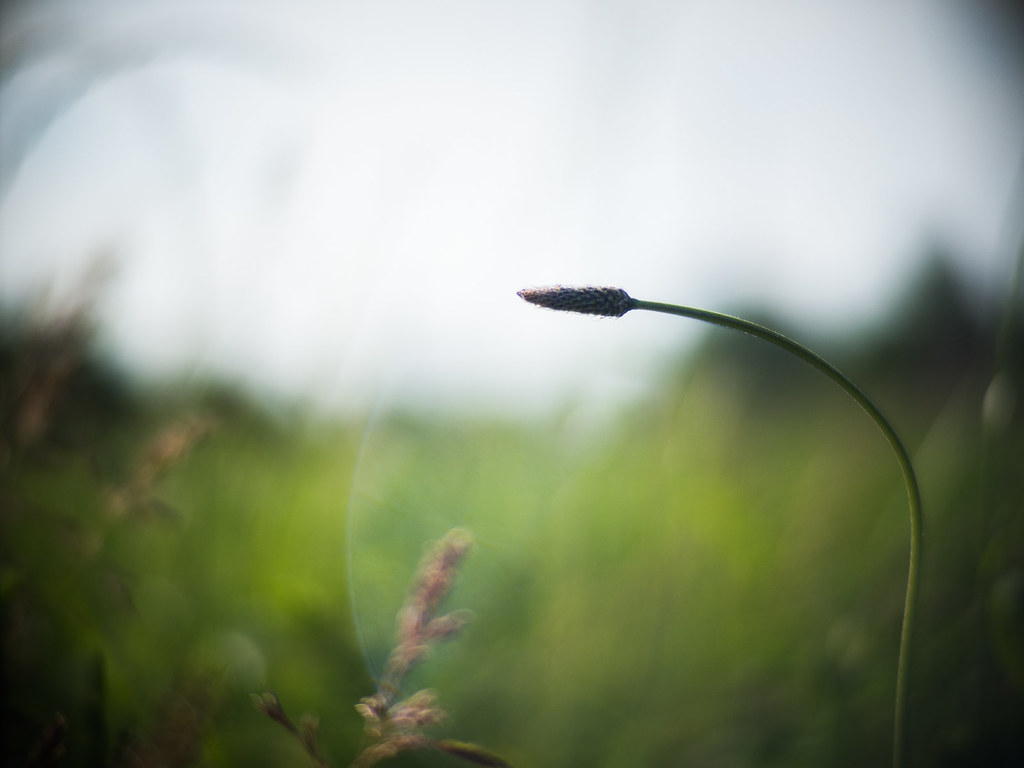 This lens performs surprisingly well on Micro 4/3 in regard to chromatic aberration. Under normal shooting conditions there are basically no CAs. But if you shoot a darker subject in front of a very bright background (branches in front of an overcast sky, for example) there will be some CAs. 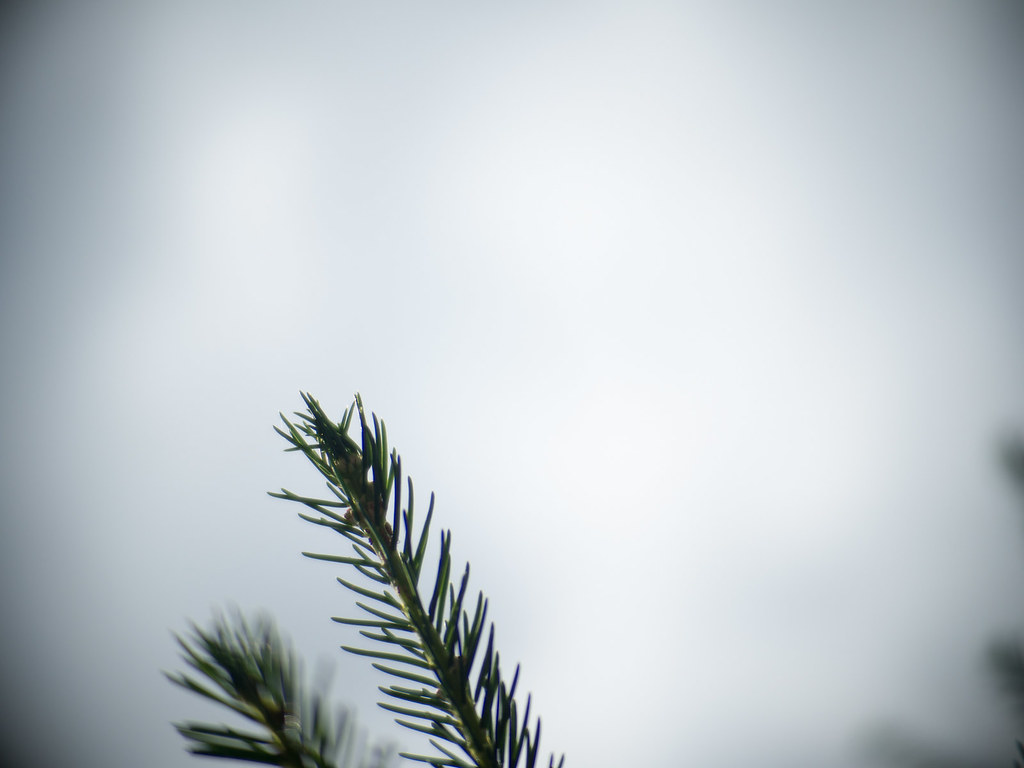 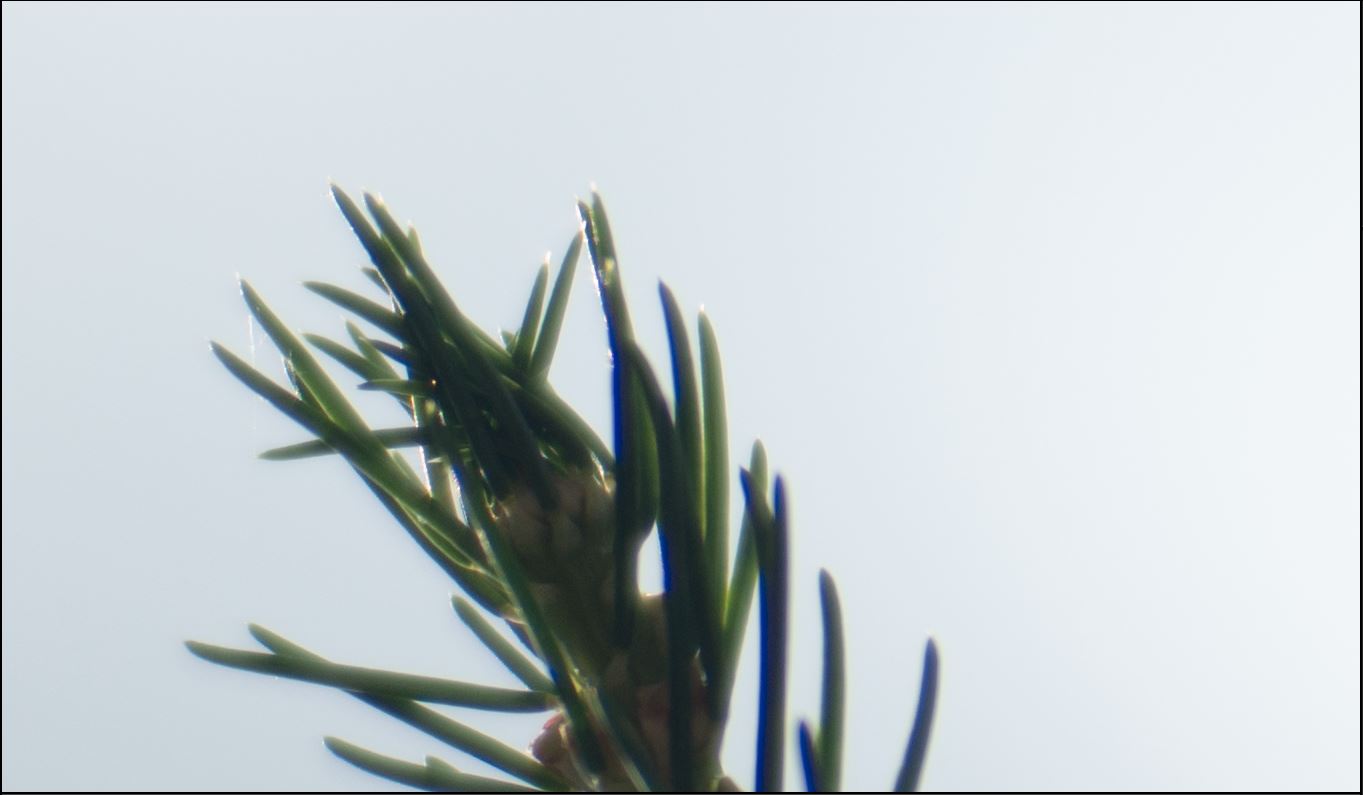 I would argue that this is not a huge problem, because these can be fixed rather easily in post processing. Here I have removed them in Lightroom. 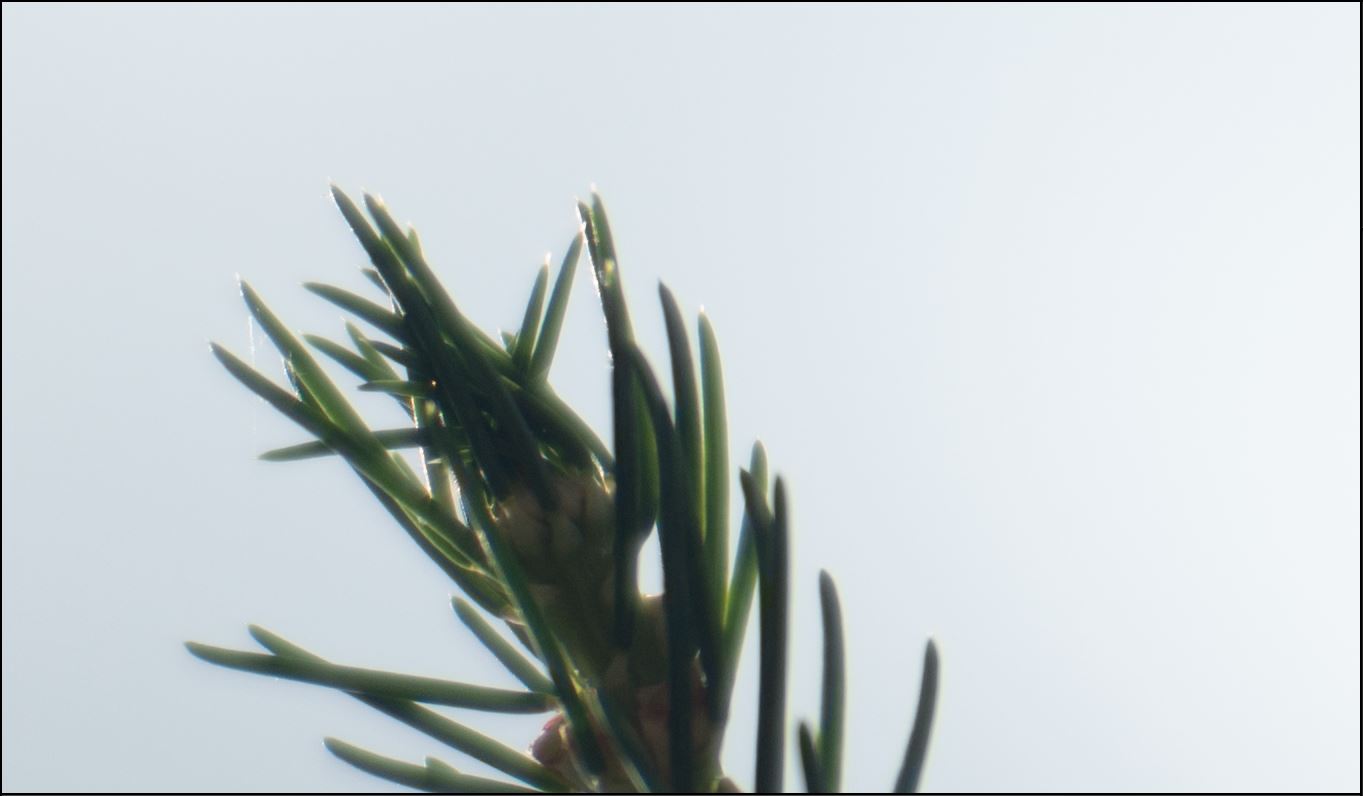 Verdict
The 50mm f/1.4 CCTV C-mount lens is not the sharpest lens out there, but it is very sharp in the centre of the frame even when you disregard its bargain price and compare it to some lenses, which cost 5 to 10 times more. Out of all the aberrations vignetting is the only one that is problematic. However, this can also be viewed as a feature instead of a “bug”, if you like that kind of look. CAs and flares are rarely an issue. Bokeh is beautiful!

The lens is made of metal – it is robust and not prone to scratches. Build quality could be better, however. Aperture and focusing ring are rather stiff when the lens is new. They only get smoother after a very long period of usage. The no-name manufacturer could have assembled the lens better, but I’m guessing that if that were the case the lens would also cost a good deal more.

The bottom line: if you are a M4/3 shooter who likes tele prime lenses and good bokeh, you should definitely get this lens!

Here are some of the photos I’ve taken with the 50mm f/1.4 CCTV C-mount lens and my Olympus OM-D E-M10. You can find more in my flickr set. 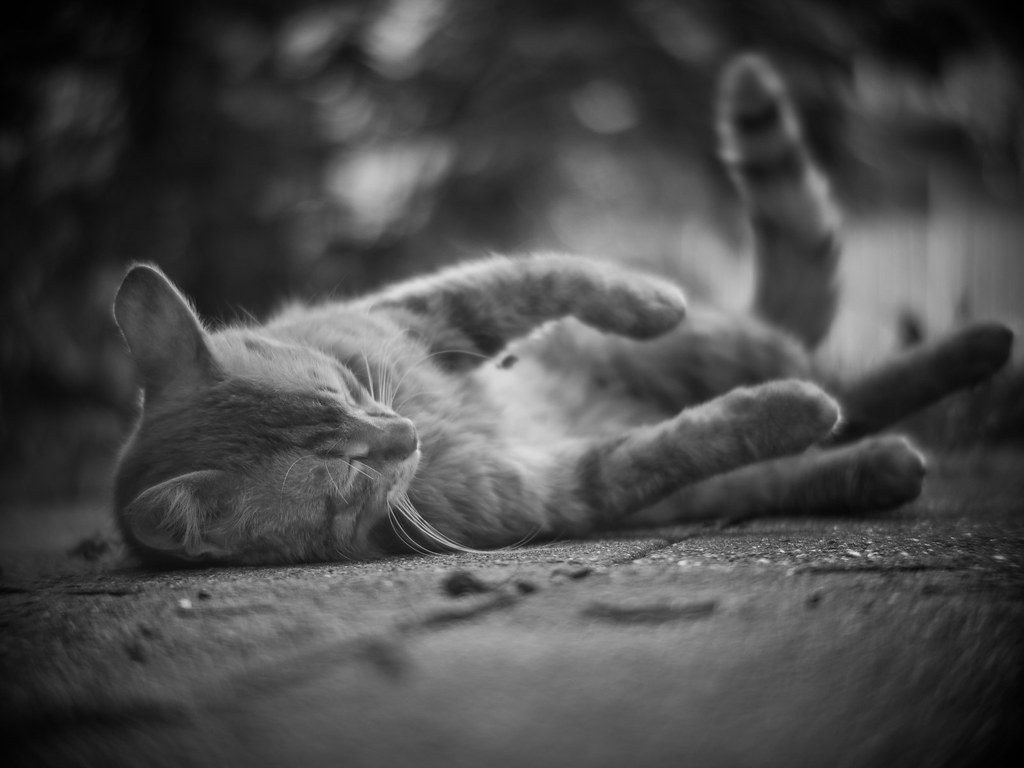 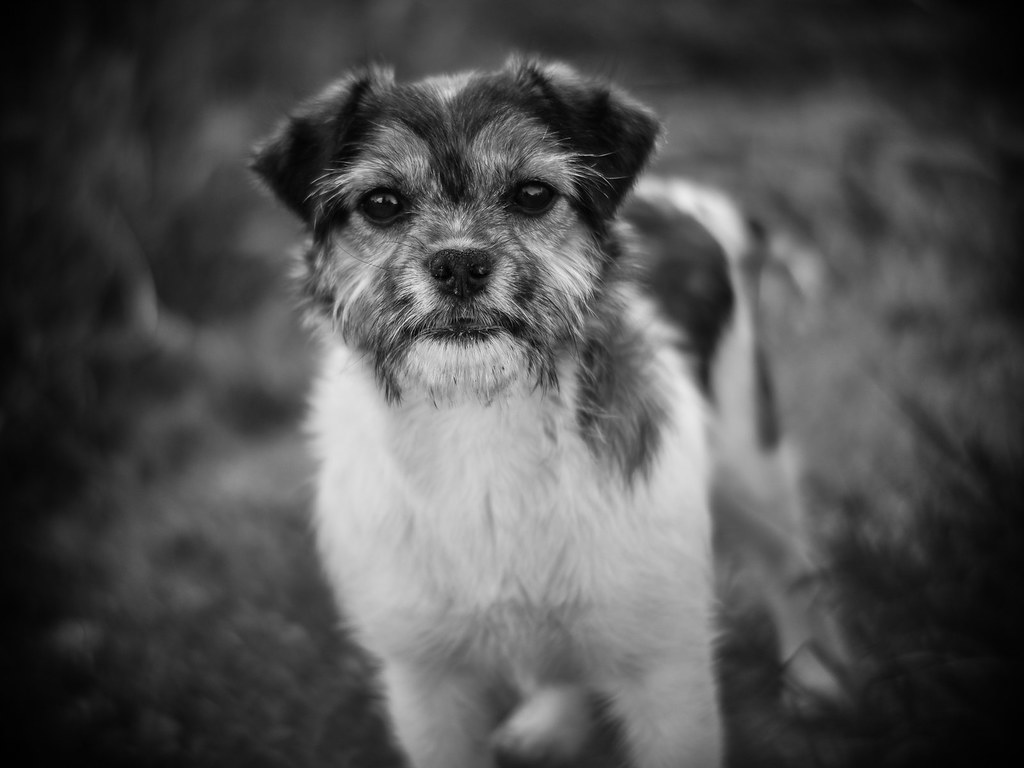 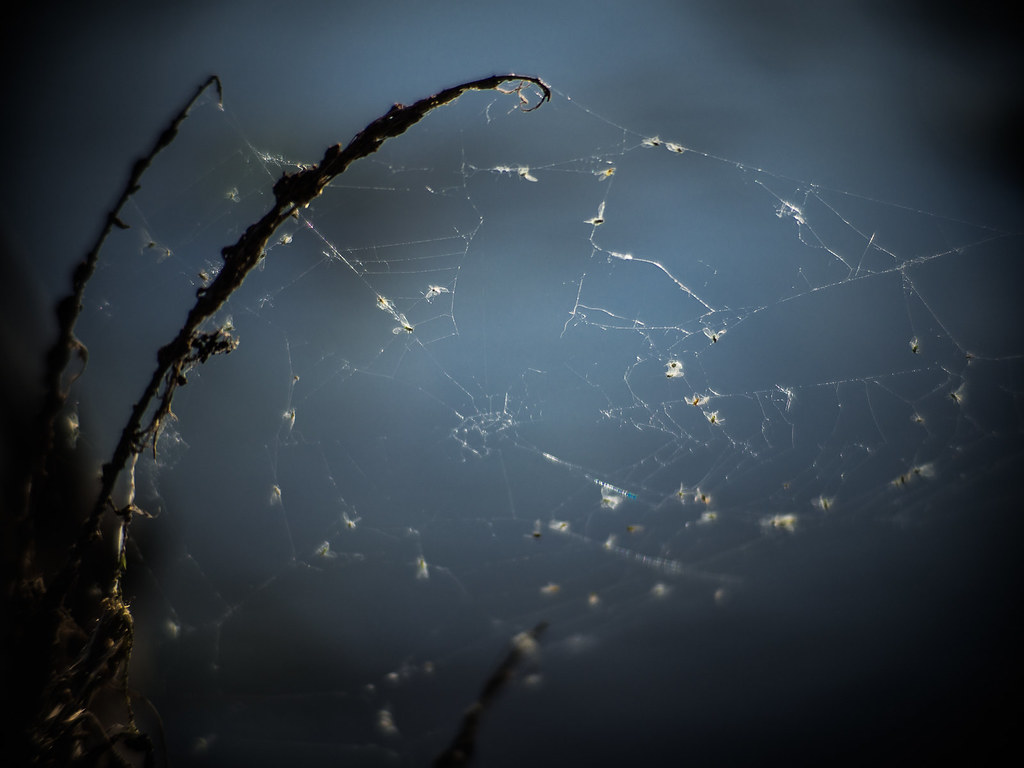 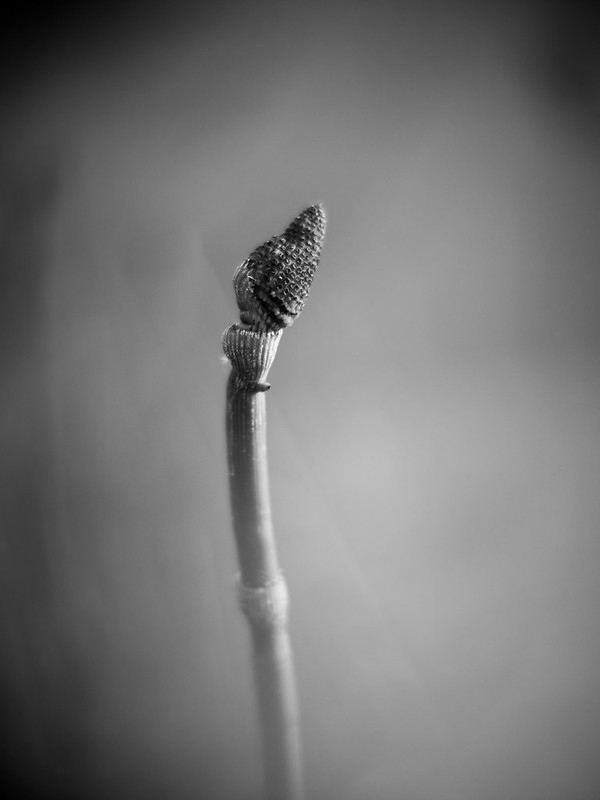 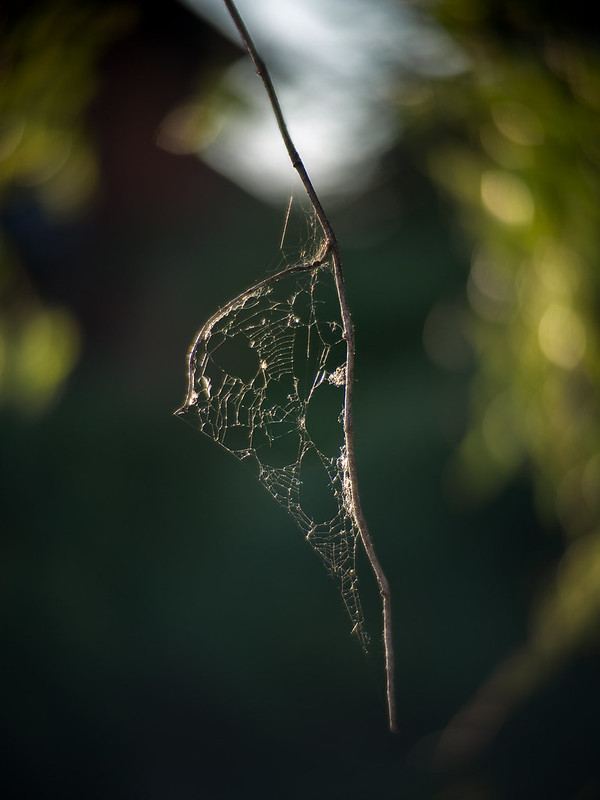 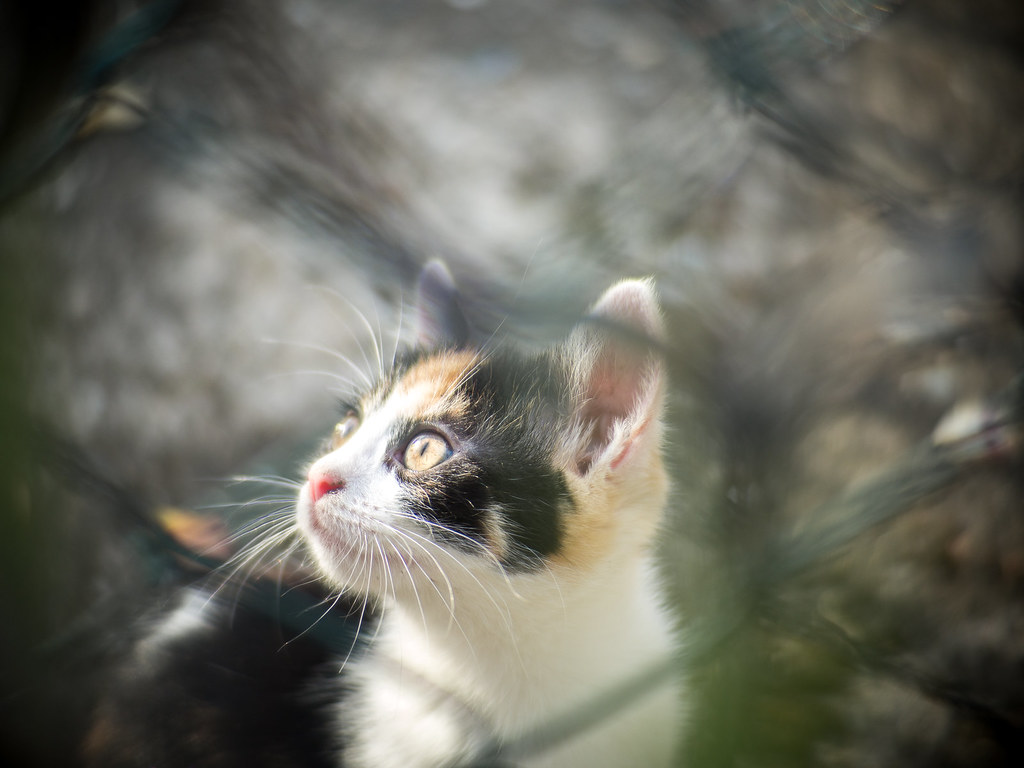 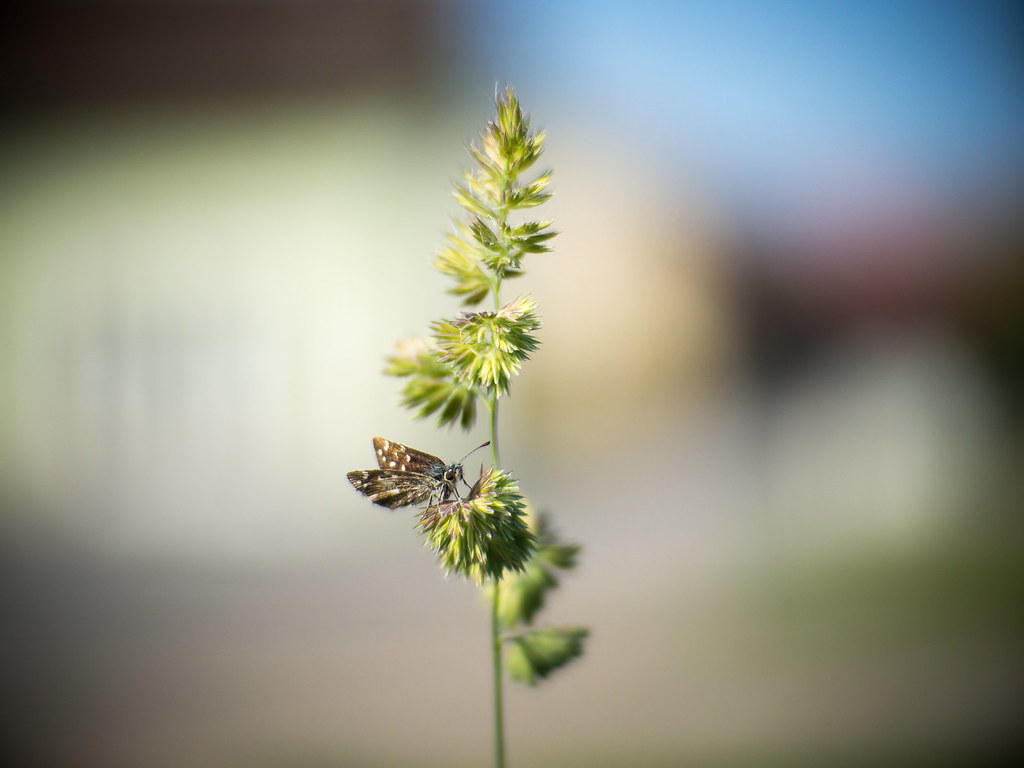 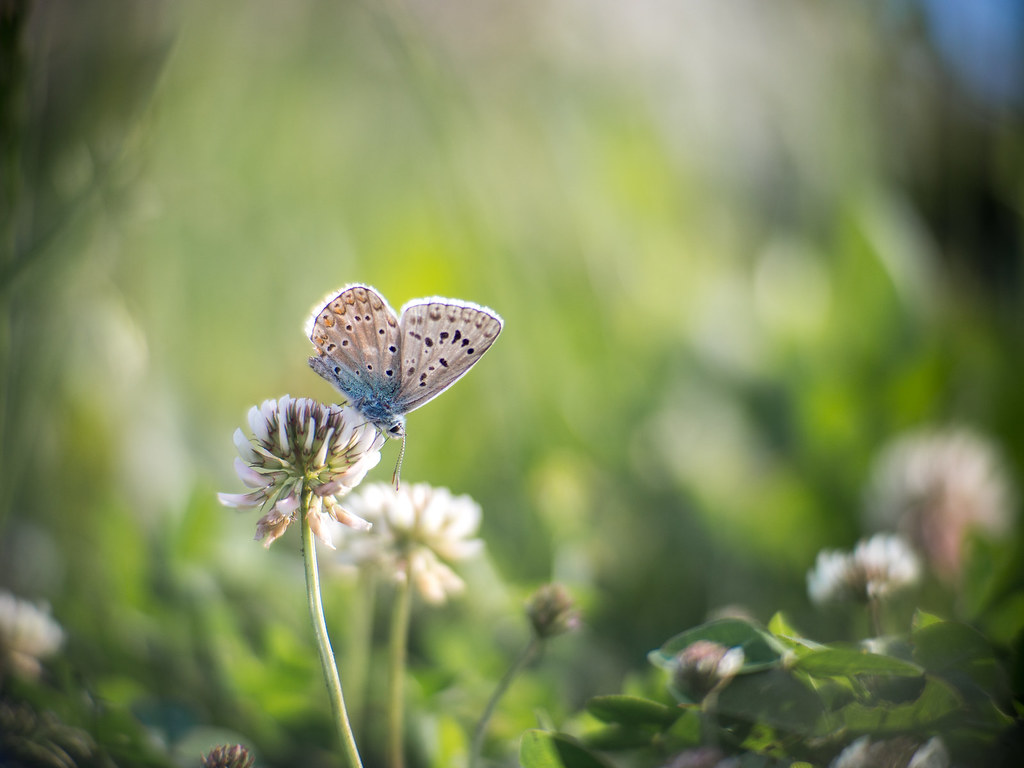 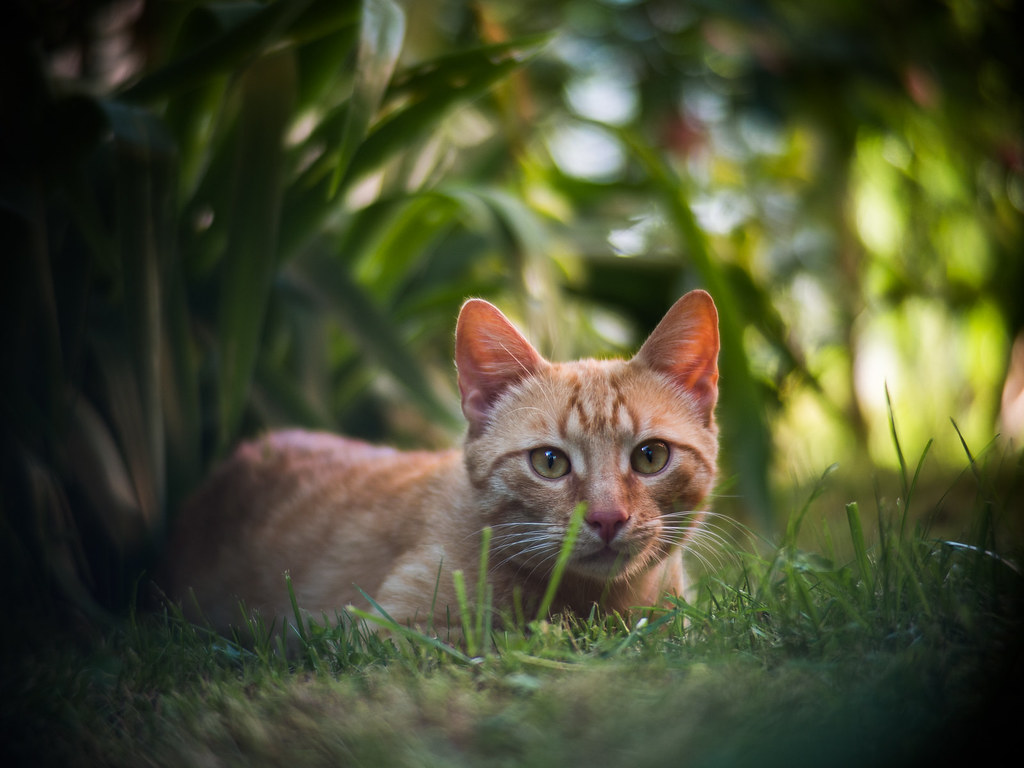 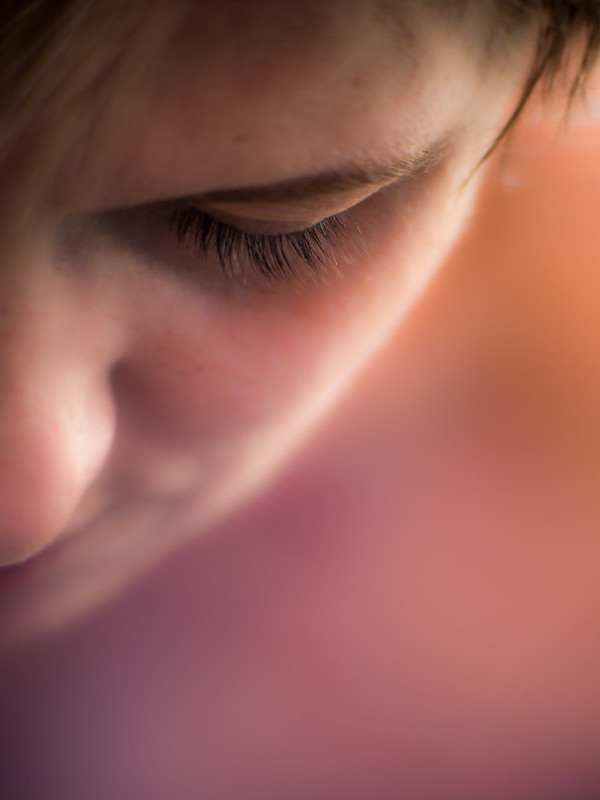 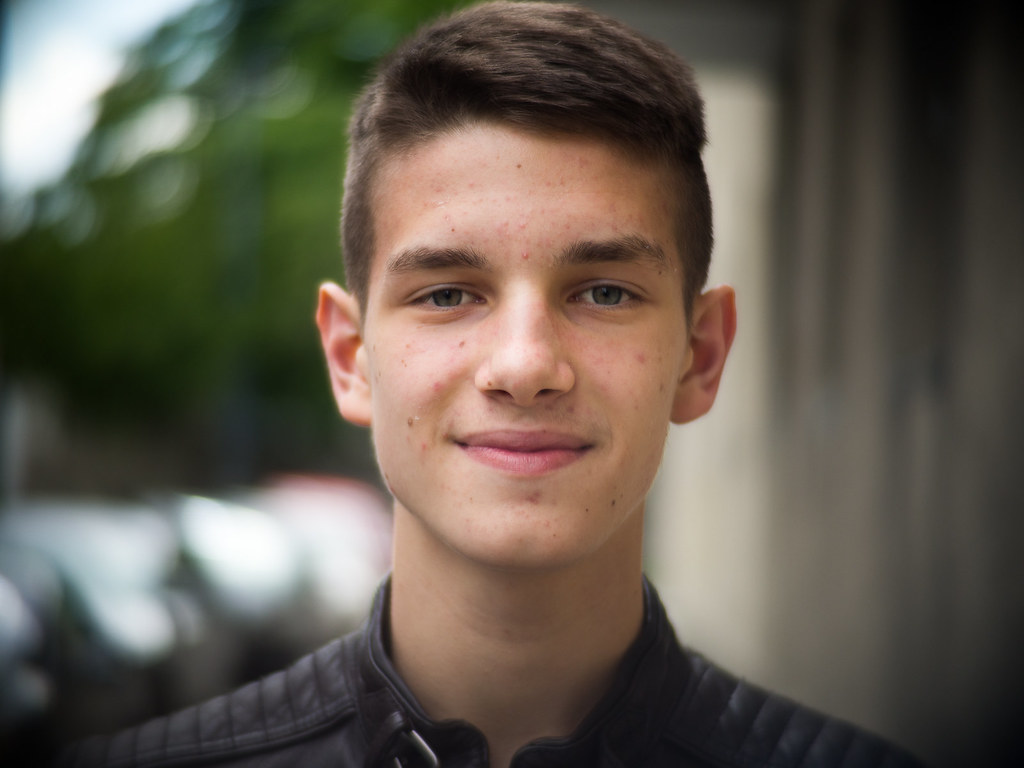 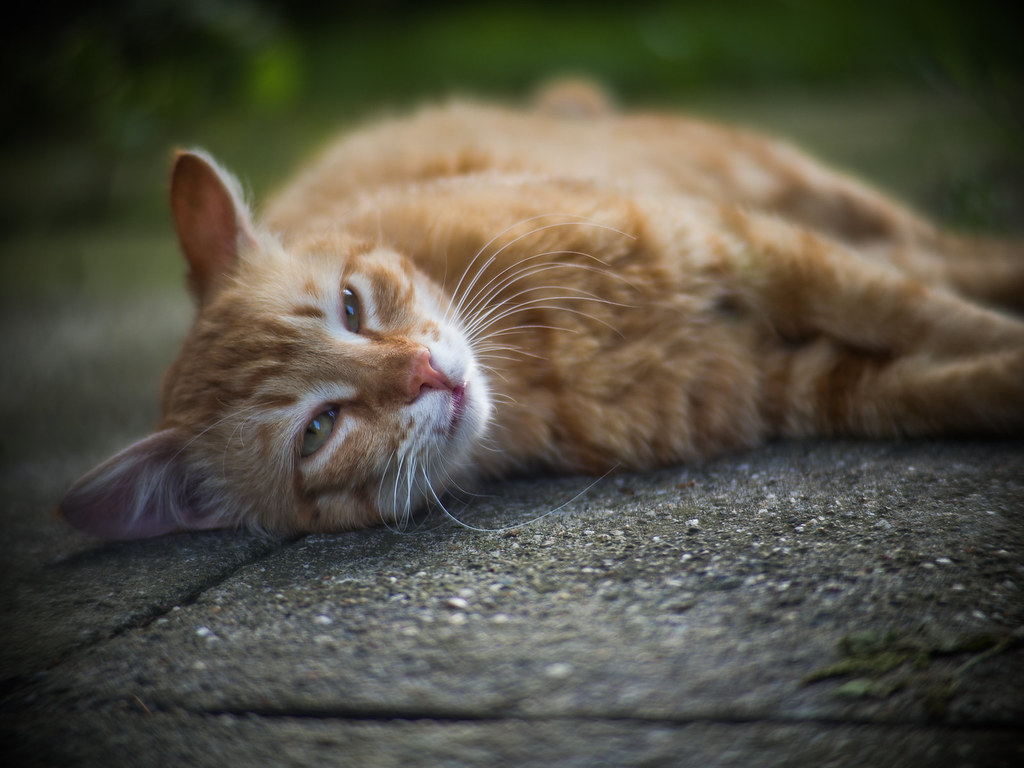 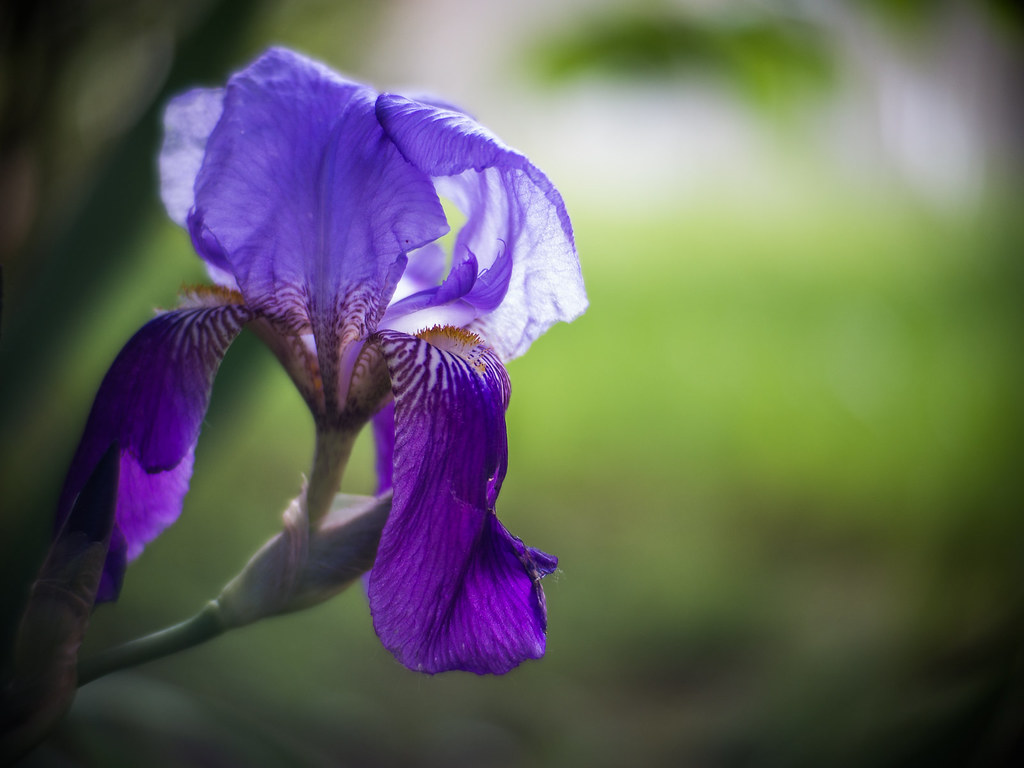 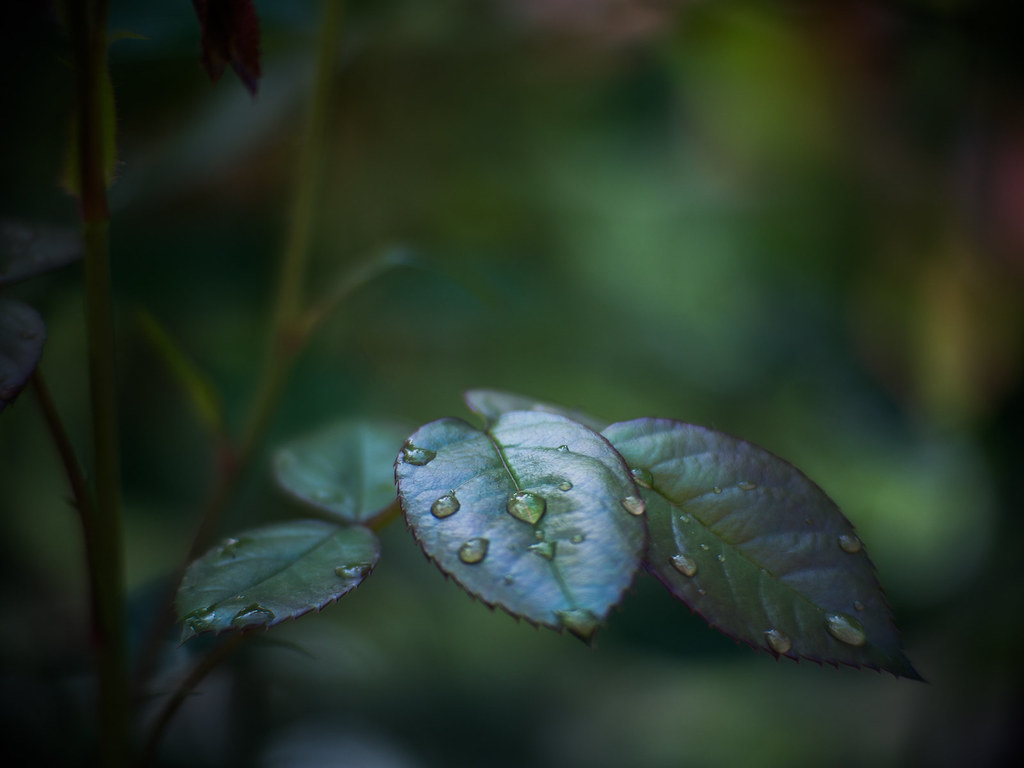 “I picked up photography about ten years ago. After discovering my father’s old Nikon in the basement. My blog is about photography with mirrorless cameras and my photographic journey. I like to write about relevant photo news as well as share my experience and review gear after prolonged usage.”

First thoughts on the Olympus OM-1