Live Composite is one of the most exciting features in Olympus OM-D cameras. It makes long exposure photography much easier.

All the images are combined together into a single composite, in camera. The first image is used to record the ambient light. After the first exposure, only the brighter pixels in any following images are used. If nothing becomes brighter in the scene, nothing changes in the picture.

I have used in many ways, but the most obvious use are different light trails, fire works etc. How to use the Livecomp?

Set the right exposure in the menu. The shortest exposure time is 0,5s and the longest is 60s. The available exposure times run in 0.3 EV steps. Then press OK-button and you are good to go.  The next step is to set the focus. I recommend the manual focus so that the focus does not change between exposures.

Also the white balance setting is preferred to be something else than Auto WB. That will keep the settings consistent. The first press of the shutter button measures and calculates the scene. The second one starts taking the picture.

The best part is that you will see the progress of the photo on your LCD-screen. The screen cannot be switched off during LiveComp.  When the photo looks ok, just press the shutter button to end the shot. It then will take the camera a few seconds to finish the picture. The file is .orf (or .jpg) and can be imported into Lightroom or opened with any retouching software that supports .orf files. 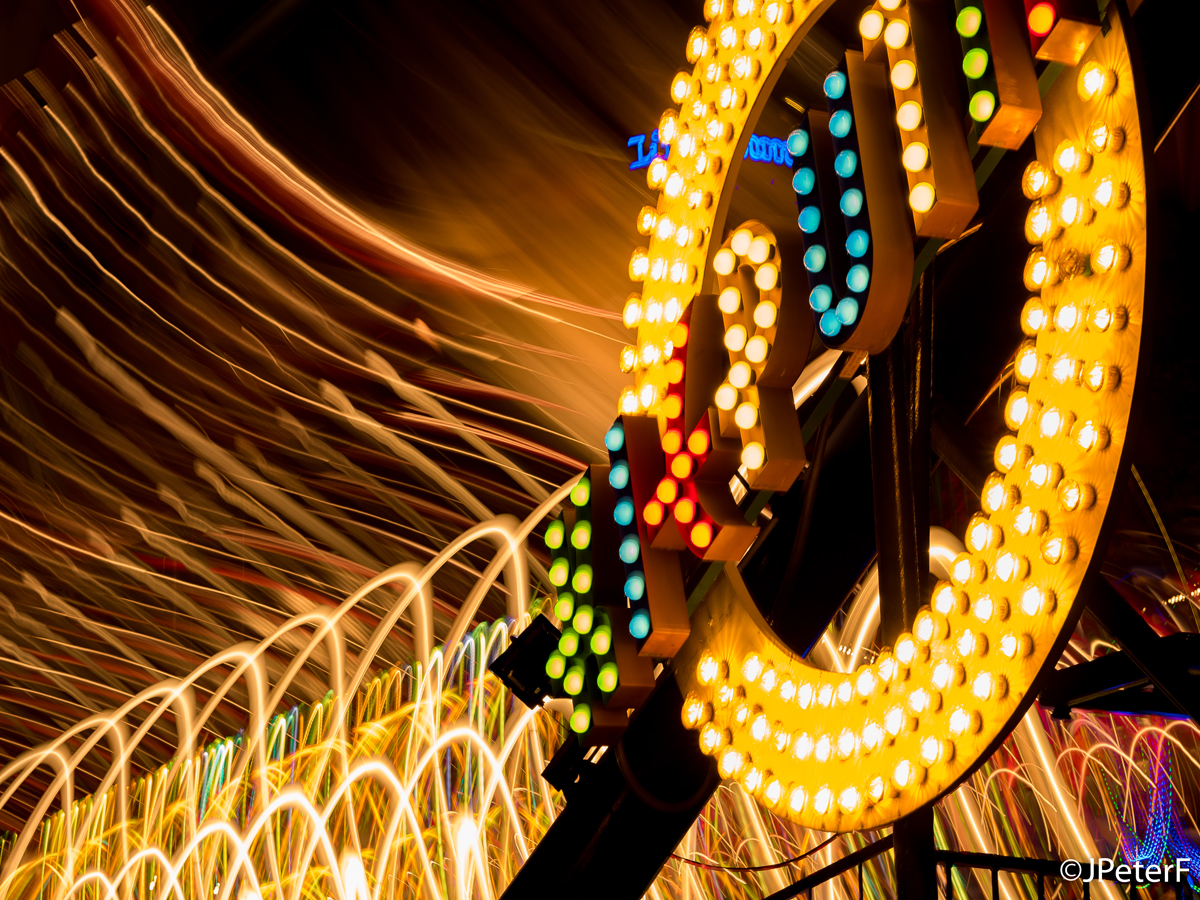 This photo was taken in Linnanmäki amusement park in Helsinki Finland during the annual Light festival. This photo would not have been possible without LiveComp. The bright sign on the right is much brighter than the lights in the ride itself. The sign would have been totally over exposed. The total time of exposure was 3 minutes. But with LiveComp I was able to expose the photo only 1s per shot. There were about 180 “pictures” in total that the camera then composited.
Camera info: Olympus OM-D E-M5 MKII, Zuiko 45mm f1.8. LiveComp 1s f8 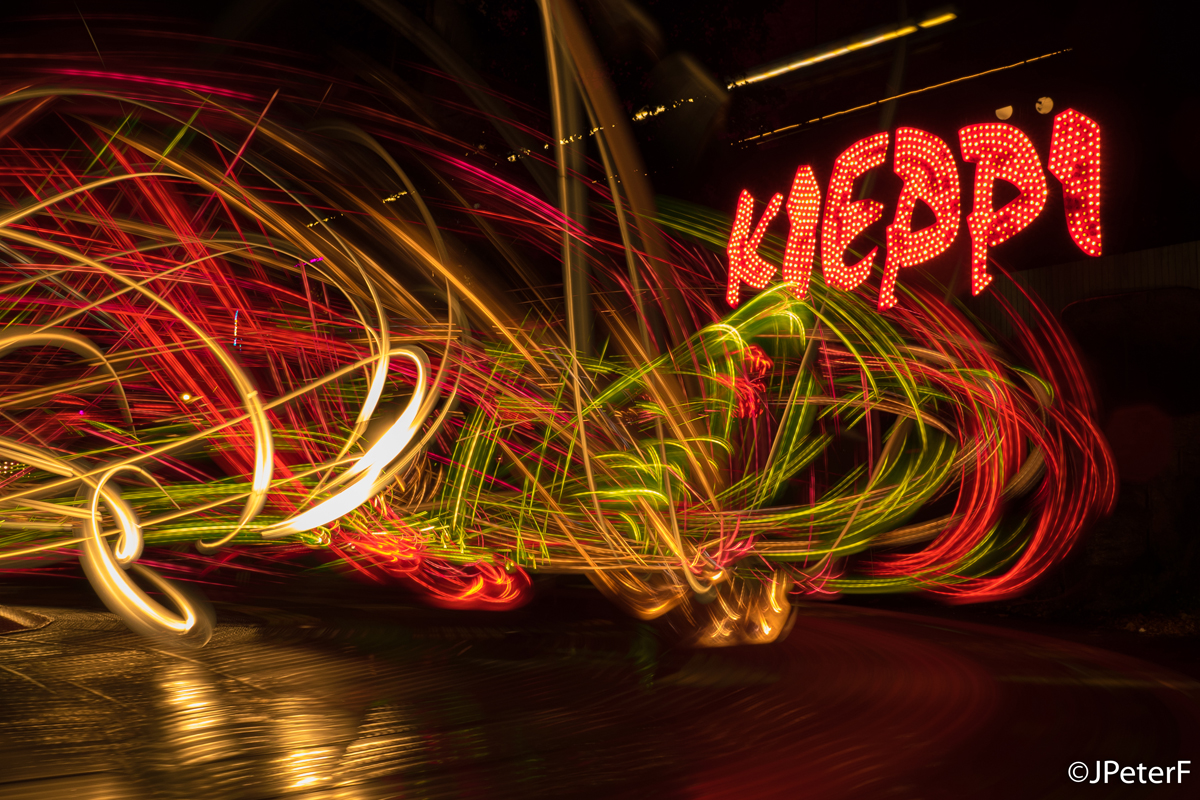 Same place and same story with this picture. Kieppi-sign would had been totally blown out without the ability to use LiveComp. Wit this picture it was very important to see the progress of the picture. It was crucial to be able to stop the exposure. Other wise the bright white lights would have over powered the red lights.
Camera info: Olympus OM-D E-M1, Zuiko 17mm f1.8, LiveComp 0,5s f14 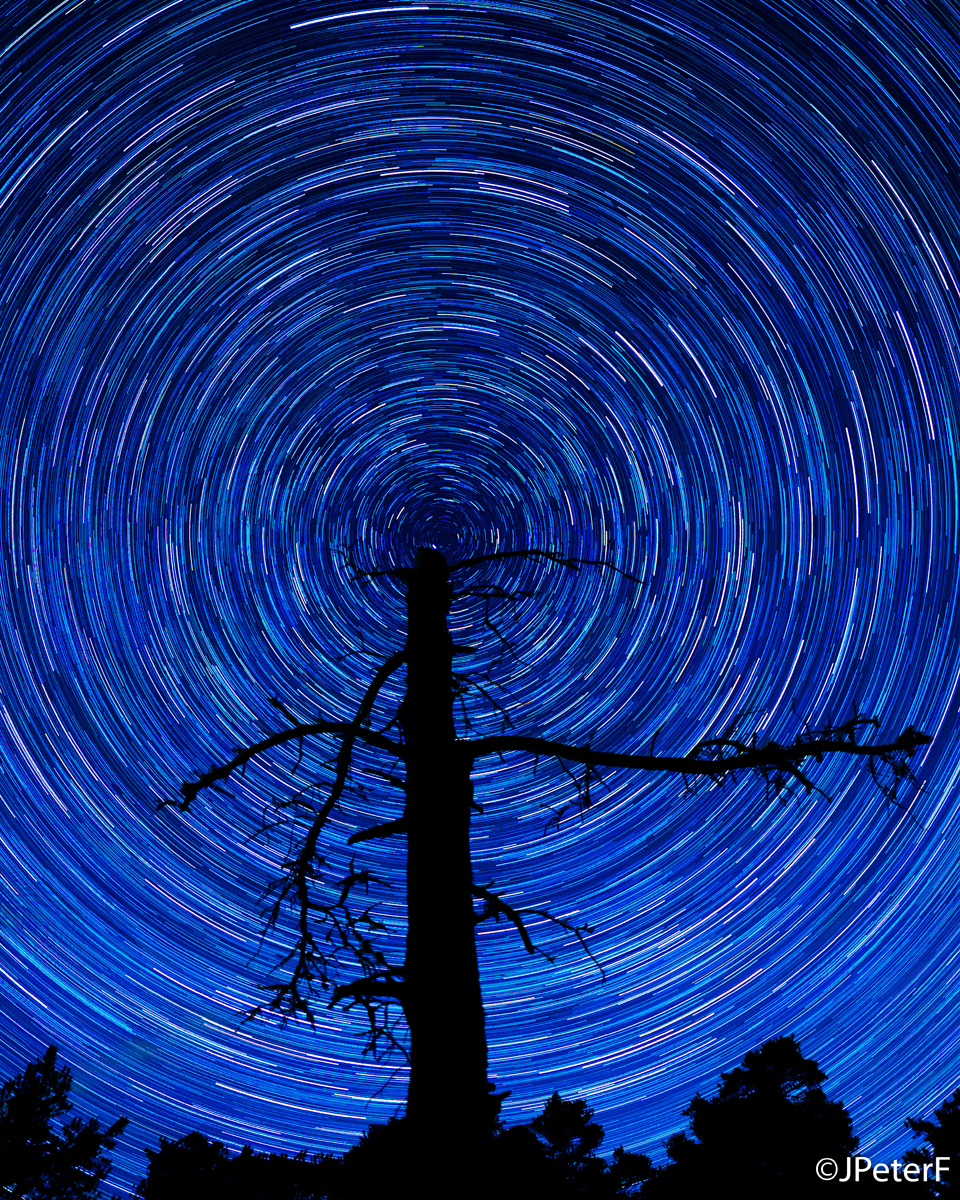 Star trails are probably the most common use of LiveComp. Star trail -pictures are exciting and fun. This shot was taken in the middle of the night in a quite remote spot so that the light pollution would not interfere. The exposure time was 30s and the total time was one hour. So the camera composited about 120 pictures.
Camera info: Olympus OM-D E-M1 MKII, Zuiko 12-40mm Pro f2.8, LiveComp 0,5s f14 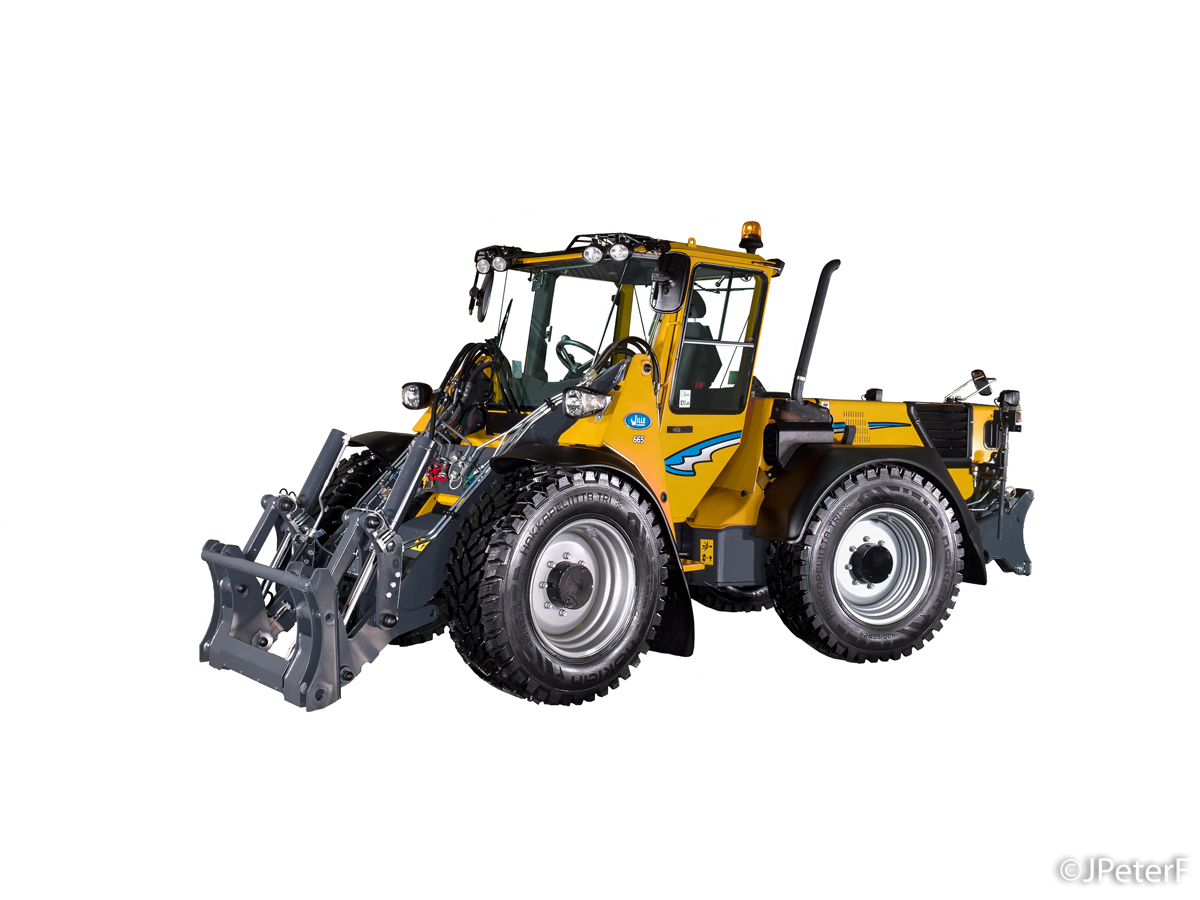 Photographing big objects like tractors in a studio environment is a huge job. Shooting a picture like this in a studio usually takes the whole day. This was made in 30 minutes with the help of studio flash, LiveComp and an assistant. I measured the studio flash light and set the aperture to f8. I fired the flash manually 5-8 times to different parts of the tractor from the same distance. My assistant was behind the camera and was checking the progress of the shot. A few parts needed to be shot on a different photo because if some flares. But it was fast and easy to combine those shots in Photoshop. The use of LIveComp was the only way to get the job done. The tractor came straight from the assembly line and was delivered instantly after the shoot to the client. There was no time for a whole day photoshoot.
Camera info: Olympus OM-D E-M1, Zuiko 17mm, LiveComp 0,5s f8 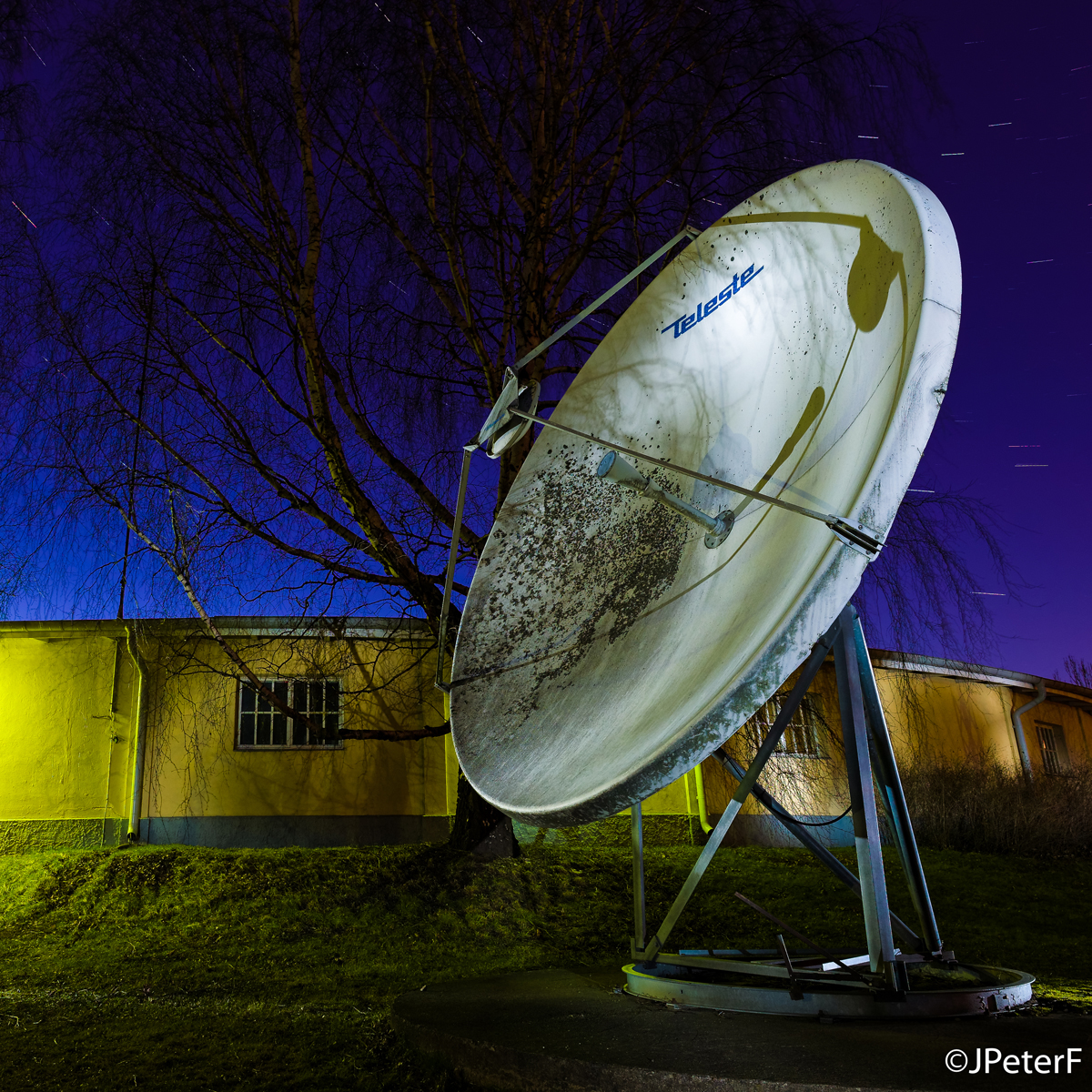 Light painting is very exciting. This photo was made in almost total darkness. The whole scene was lit with a flashlight. The great thing about LiveComp is that in a situation like this you are in no hurry. Nothing happens to the picture if there is no light. So there is plenty of time to check out the picture from the LCD and see which parts of the picture might need more light. You can even step into the frame and you will be invisible. But remember to wear black and do not show the flashlight it set to the camera. It will ruin the picture.
Camera info: Olympus OM-D E-M1, Zuiko 12-40mm Pro f2.8, LiveComp 13s f5.6 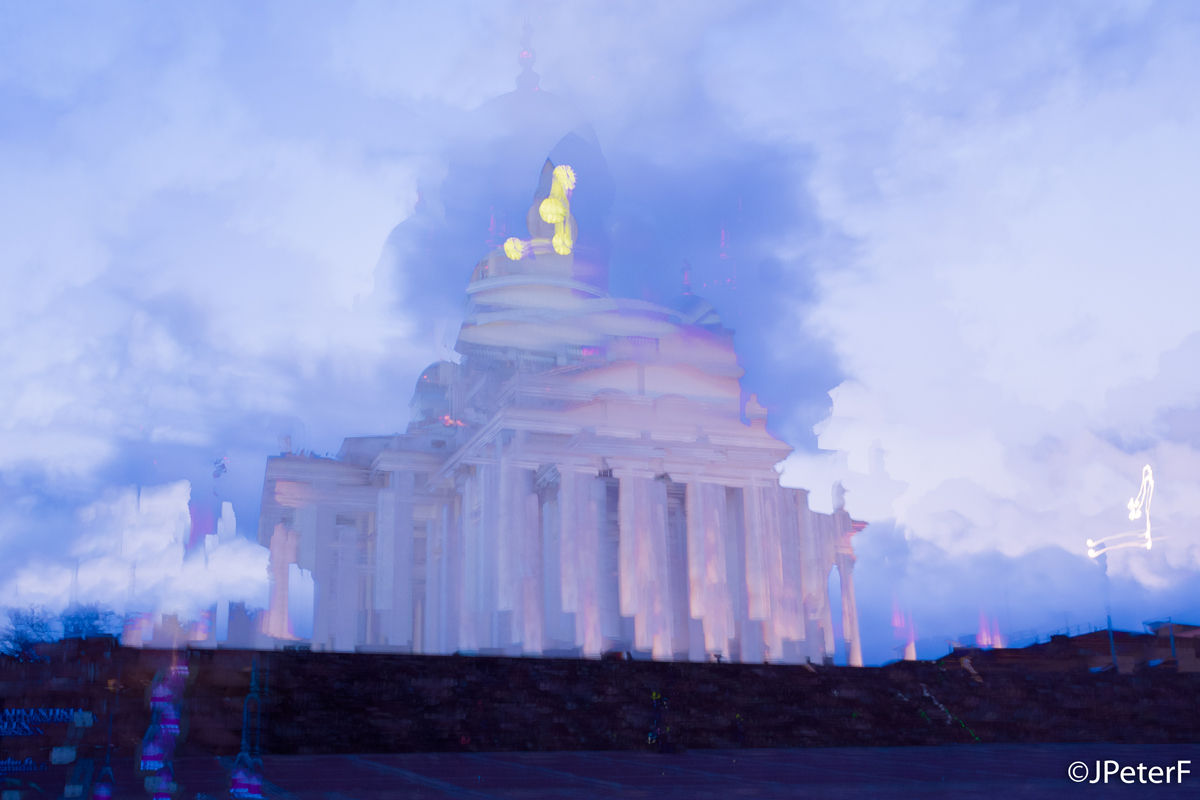 All the pictures in the article so far has been taken on a tripod. This one is not. Long exposure and hand held shot using LIveComp can give interesting artistic shots. Try and explore, its fun.
Camera info: Olympus OM-D E-M1, Zuiko 12-40mm Pro f2.8, LiveComp 0,5s f13 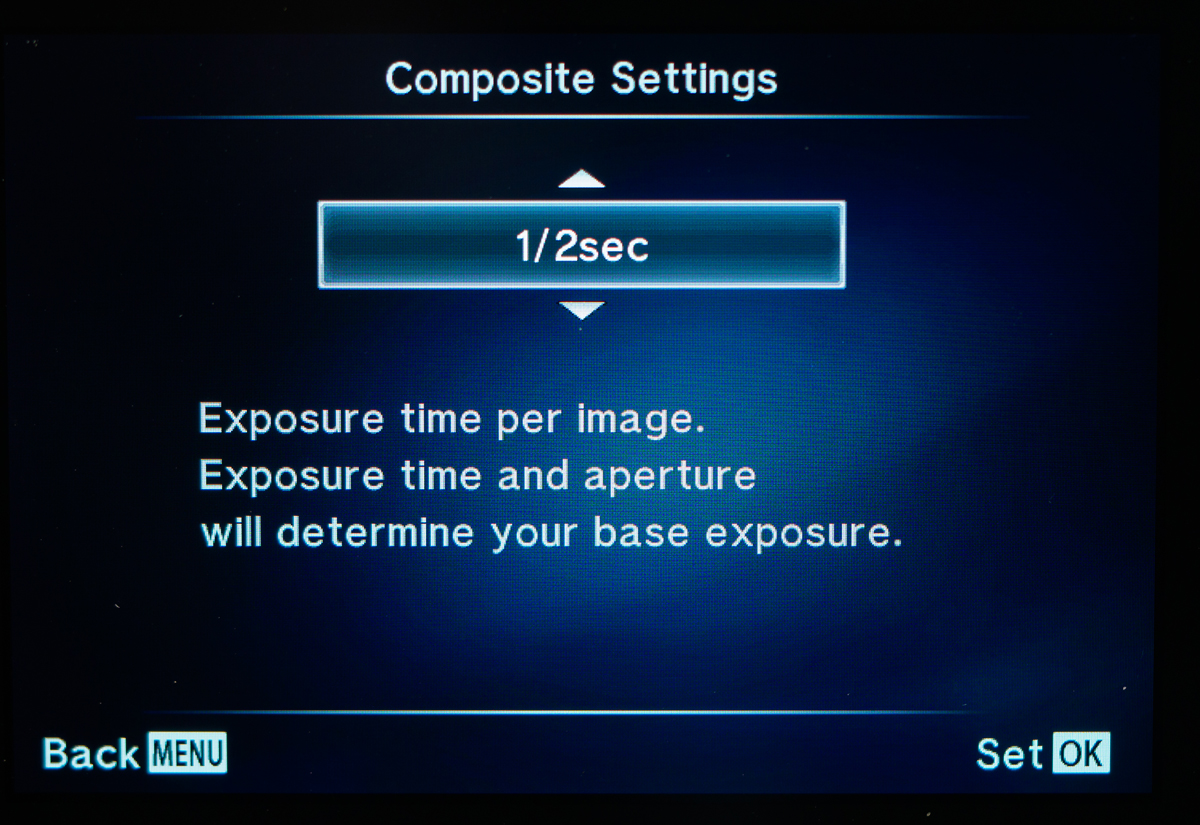 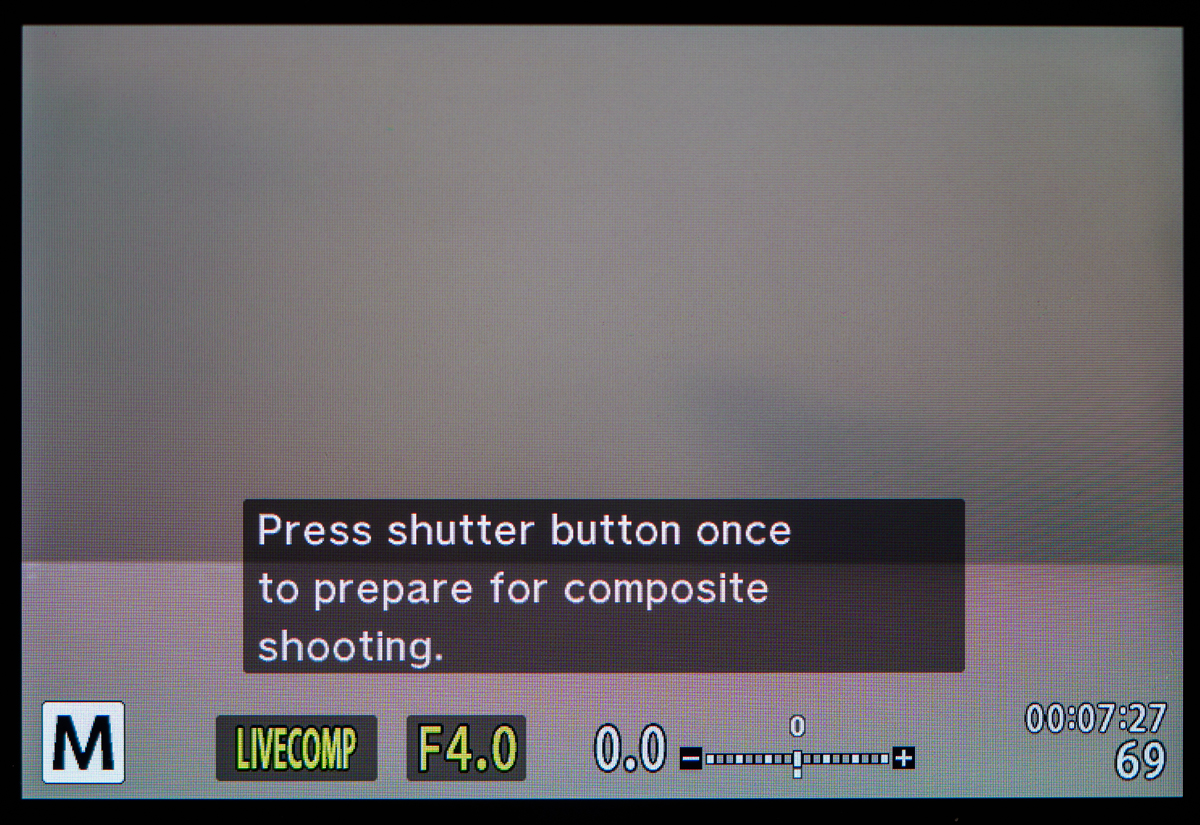 “I am a visual content creator from Helsinki, Finland. I am also a Olympus Visionary. I have 30 years of experience in pro photography and have been working as a freelancer about 25 years. Almost all the different areas of photography are familiar to me. Last ten years also corporate video projects have been in my portfolio that I offer to clients. I have also been blogging about photography over ten years. I am also a Vlogger and co-host the most popular photography podcast in finnish, Valoaalloilla.”

"I am a visual content creator from Helsinki, Finland. I am also a Olympus Visionary. I have 30 years of experience in pro photography and have been working as a freelancer about 25 years. Almost all the different areas of photography are familiar to me. Last ten years also corporate video projects have been in my portfolio that I offer to clients. I have also been blogging about photography over ten years. I am also a Vlogger and co-host the most popular photography podcast in finnish, Valoaalloilla."

Posted on June 7, 2022June 6, 2022by Kevin Hugo
My name is Kevin Hugo and I live in a small town in the Wiltshire countryside in the UK. I started taking photographs when I was given my first camera as a child. This was a si…
END_OF_DOCUMENT_TOKEN_TO_BE_REPLACED
Categories INSPIRATION

Posted on May 24, 2022May 23, 2022by Enrico Simeon
Hi, my name is Enrico, I am 33 years old, and I live in a small town on the outskirts of Udine, in Friuli Venezia Giulia, in the northeast of Italy. I am a biologist, and I work a…
END_OF_DOCUMENT_TOKEN_TO_BE_REPLACED
Categories INSPIRATION

Posted on May 11, 2022May 11, 2022by Heinrich Lischka
I was born in Poland in 1968, and when I was 20 years old, I left for Germany. I have been working as a graphic designer for over 20 years. I live in Germany in Leipzig. In the 90…
END_OF_DOCUMENT_TOKEN_TO_BE_REPLACED
Categories INSPIRATION

Posted on May 5, 2022May 5, 2022by Axel Mols
I’m Axel, a 35 year-old amateur photographer and professional chef. I live in a small city in the south of the Netherlands, called Tilburg. In my spare time, I am a bit of a he…
END_OF_DOCUMENT_TOKEN_TO_BE_REPLACED