As sensor and camera technologies have evolved in recent years, it can be difficult to keep up with progress and to wonder if specific new features are applicable to your style of photography.

Those of us who came through the film route to modern photography still marvel at what currently available cameras can do in the field. In my own areas of underwater and landscape photography, moving towards smaller format cameras has been a big attraction in recent years.

In this post, I outline recent progress and current systems for my personal photography and give a reasonably detailed look at a compelling recent addition to the digital photography arsenal – the Olympus OMD E-M1 Mark II camera. 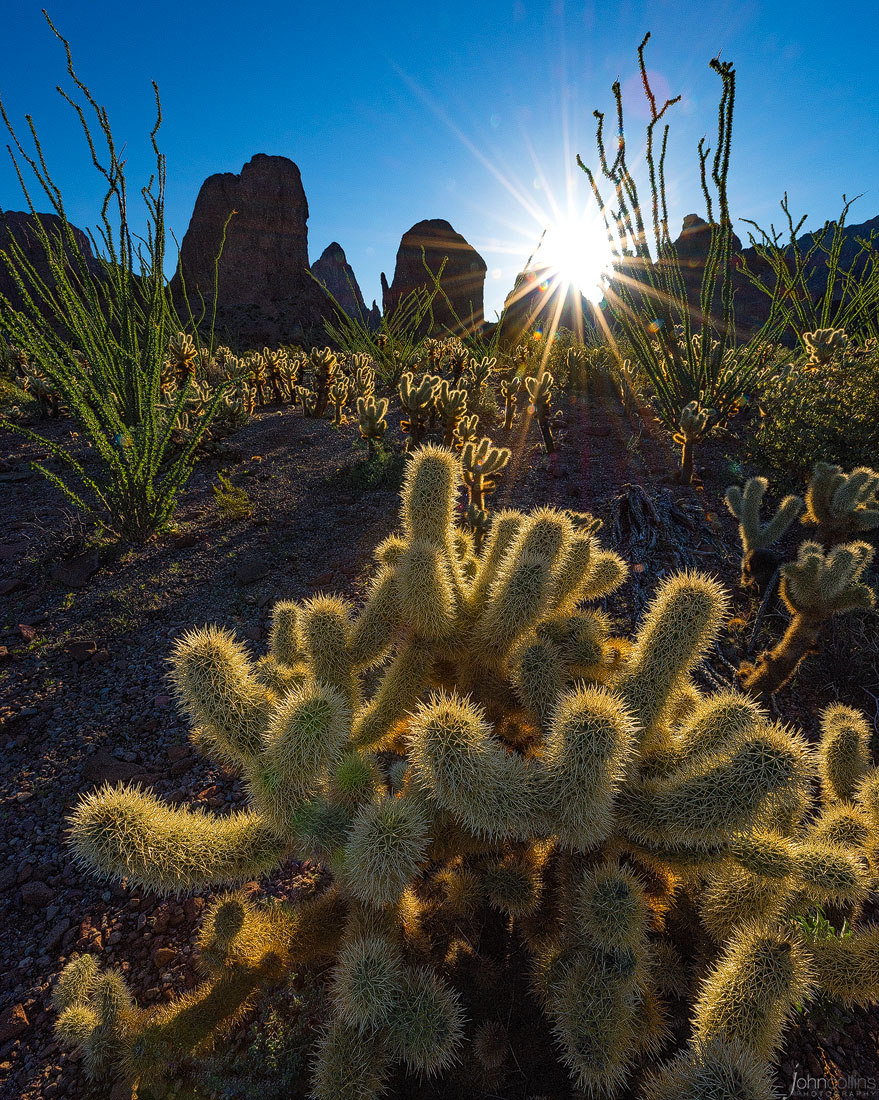 For many years there seemed to be little choice between low quality, small-sensor compact camera systems and large DSLR high quality systems. In recent times, however, some interesting formats other than the established full frame (35mm) and DX-cropped sensor have become available.

I first became interested in the Micro 4/3 system, jointly developed by Panasonic and Olympus, in 2009. I bought an Olympus PEN EP2 and two lenses, using this primarily for family and general outdoor and camping photographs. Having a small sized camera with interchangeable lenses was initially exciting but the image quality from the early cameras just could not match that from my DSLR systems.

This was an unfair comparison I know, but one that we all inevitably make if we are considering changing an entire system, which will involve lenses that have been built up over many years. Another area which most photographers value highly is the viewfinding system in a camera. This is our compositional sketchpad, the basis on which we refine our compositions.

From the early days of digital photography, I found the idea of composing photographs on an LCD screen held at arm’s length to be completely unnatural and unintuitive. The EP2 camera had an accessory electronic viewfinder, but the technology had some way to go at that time. I enjoyed using this early camera system and hoped that it would involve to a point of having the features that I would need to create publishable photographs. 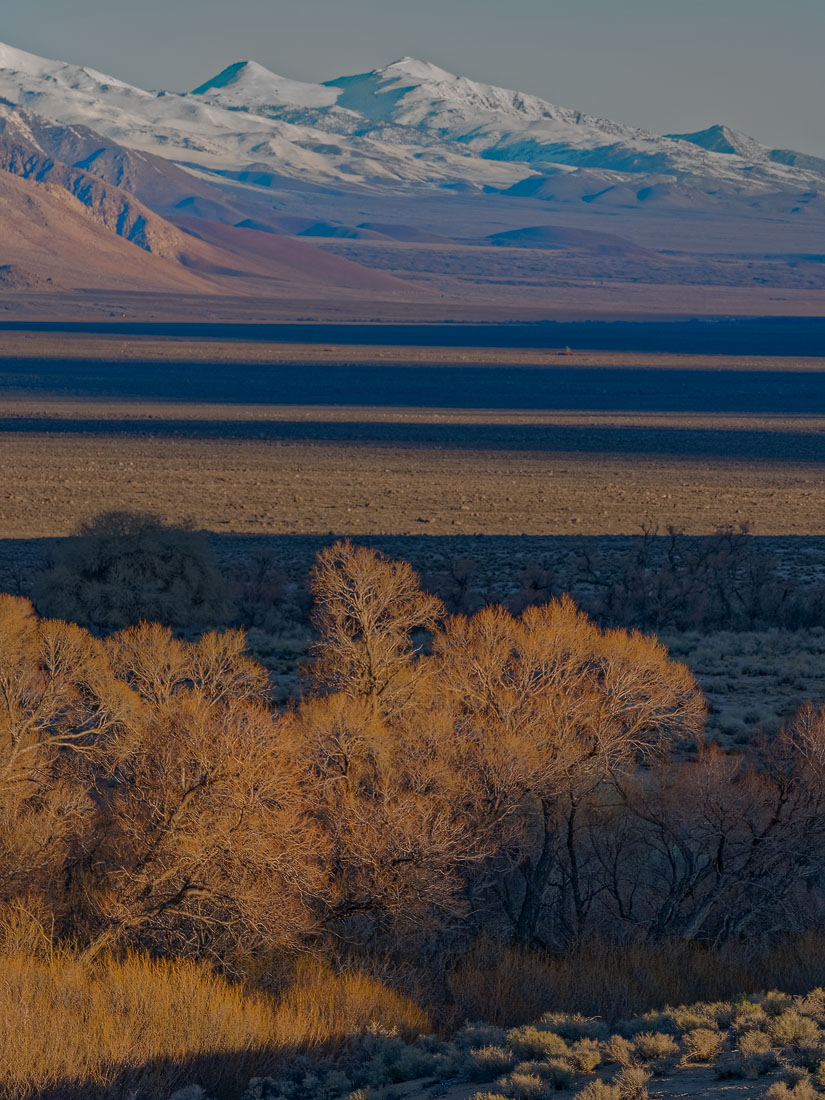 When Olympus announced the OMD series, beginning with the E-M5 and following with the E-M1 – I thought that this format was reaching maturity, particularly with the rapidly expanding professional-grade lenses that were released to accompany the flagship model.

The time was right to make the change when Nauticam introduced an excellent underwater housing for this camera, with full supporting ports for various lenses. I have been using this setup for the past three years and have published to magazine quality, cover and double-page spreads – and made enlargements from files that I would not have thought possible, to 800 x 600mm.

For my landscape work however, my workhorse Nikon D810 and 14-24mm wide-angle lens, remained my first choice. I did use the E-M1 alongside this but the large file size and my long established comfort with Nikon systems kept me from moving over to Micro 4/3 for landscape work. 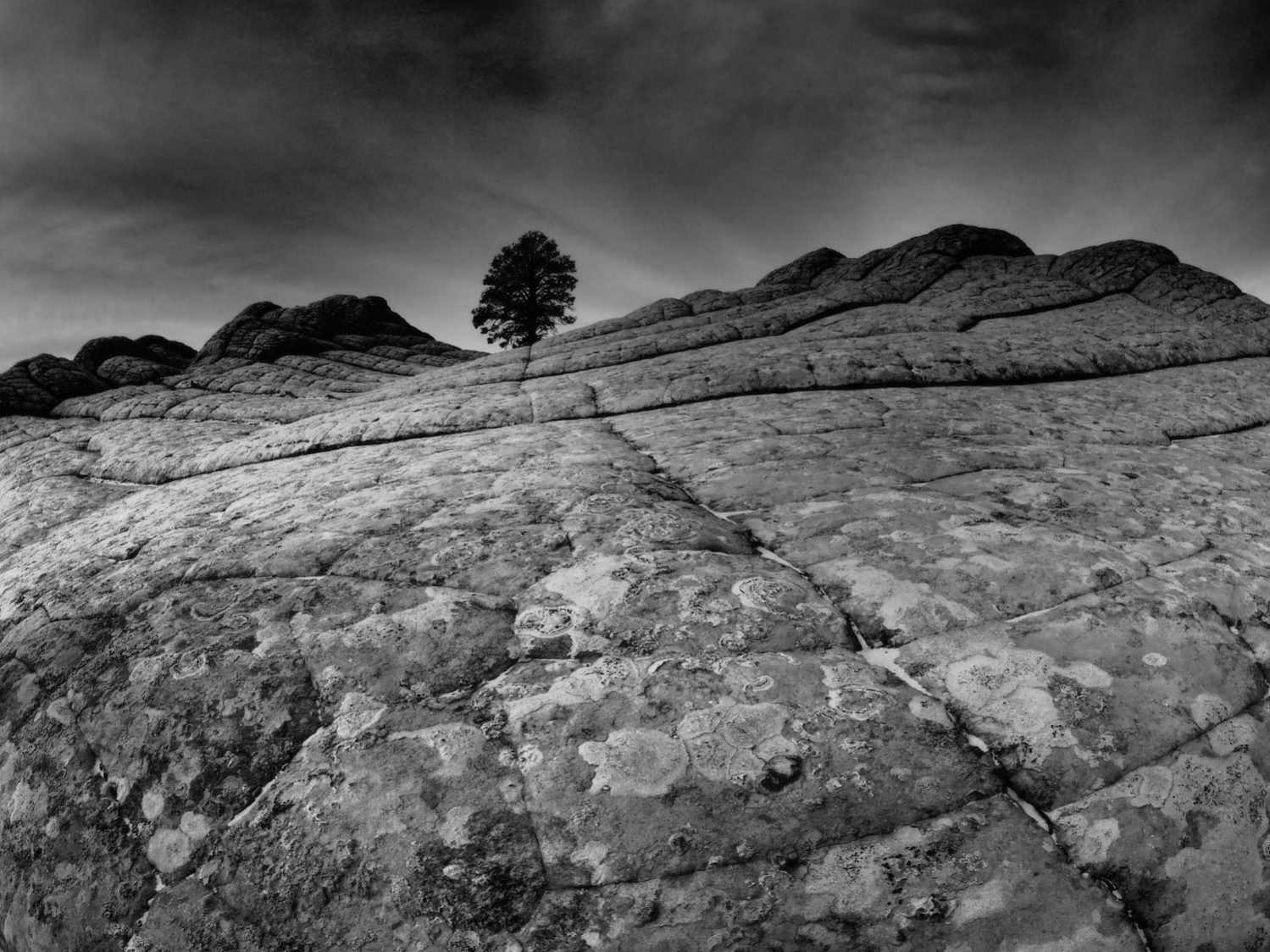 When the mark II version of the E-M1 was announced, I knew that Olympus would have made significant technological progress over the three years since introducing the first flagship model. The question would be, how relevant would these advances be to my style of photography. The emphasis seemed to be on a professional specification with high frame rates, burst speeds and superfast autofocus – areas that would be well suited to photojournalism and sports photography.

I was more interested in the fact that the new camera would have a new sensor with a greater dynamic range and low noise. Improvements in the electronic viewfinder would also be welcome as would any abilities in low light. The question in the back of my mind was – could this camera, paired with the Olympus 7-14mmF2 .8 Pro lens, be a viable replacement for the full frame Nikon setup.

I was able to put this to the test on a long planned and anticipated trip to the American Southwest. I received the camera in time to assess its dynamic range using a Sekonic L-758 light meter. This would give me a direct comparison to the Nikon D810 – especially for shadow detail, which is often critical in high dynamic range landscape images at dawn or dusk. In these tests, the dynamic range is indeed greater than the original E-M1, but not as broad as the full frame sensor of the Nikon.

However, given that the sensor is half the area, Olympus engineers have managed to give the sensor 3.8 stops of shadow detail (versus 4.5 stops Nikon D810). With careful metering to protect sensitive shadow areas – while not overexposing highlights – this was very workable for all but the most challenging high dynamic-range scenes.

On a practical level for hiking, the smaller system was a joy to use. I could comfortably carry the camera body with four lenses and a lightweight tripod (RRS TQC14 + BH30) and have all focal lengths from 8mm fisheye to over 400 mm in a lightweight backpack that was absolutely no burden to carry. This made scrambles up steep rock faces a lot more enjoyable, fun even – and as I began to process early work, I could see that the image quality, dynamic range and low noise were all a winning combination. 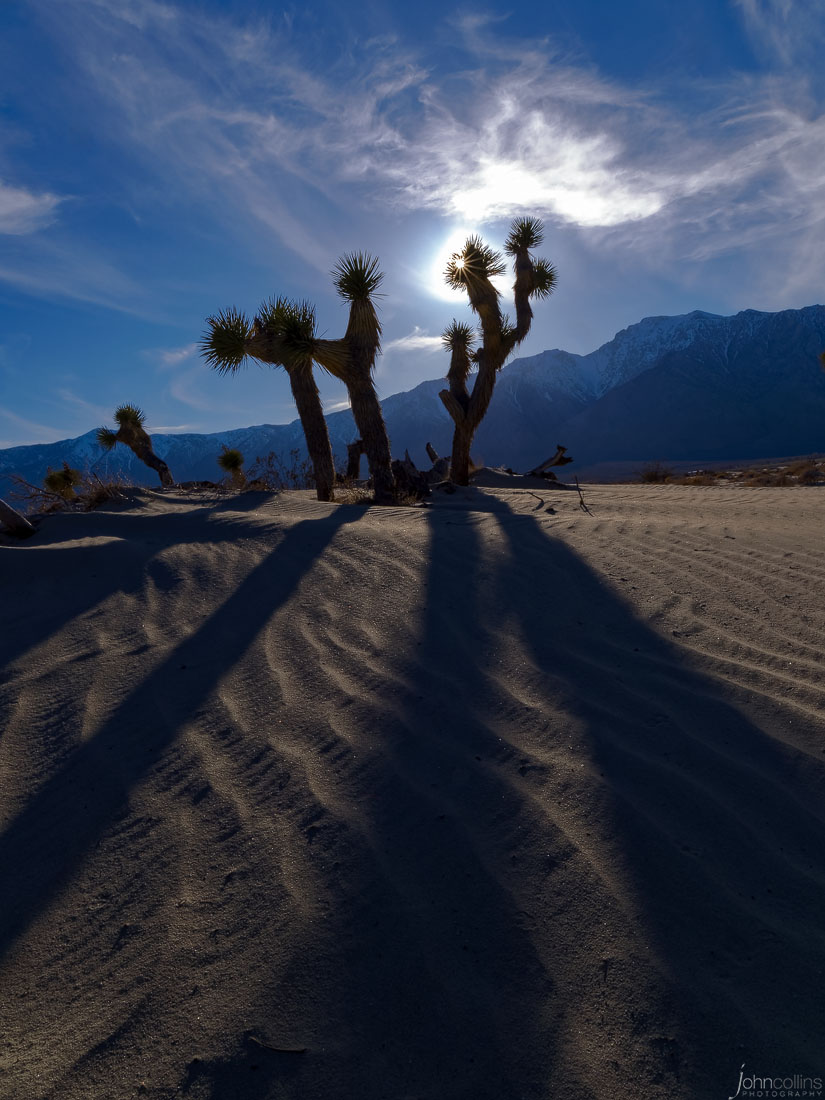 Having processed some work from this trip, I can attest to the superb image quality, depth of colour and dynamic range from the E-M1 Mark II. For some of the more challenging raw files, I used DXO optics pro 11, but for most images, I could extract the detail needed using Adobe Camera Raw or Lightroom.

As the days went by, I found myself reaching for the full frame system less and less – having such a neat system, particularly for ‘sketching’ images handheld was just great. I was surprised how sharp the handheld images were (using image stabilisation), with shutter speeds as low as 1/40 second – and in many cases, I did not bother to reshoot on a tripod. This made me more productive, exploring more compositions then I typically would when working from a tripod all the time. 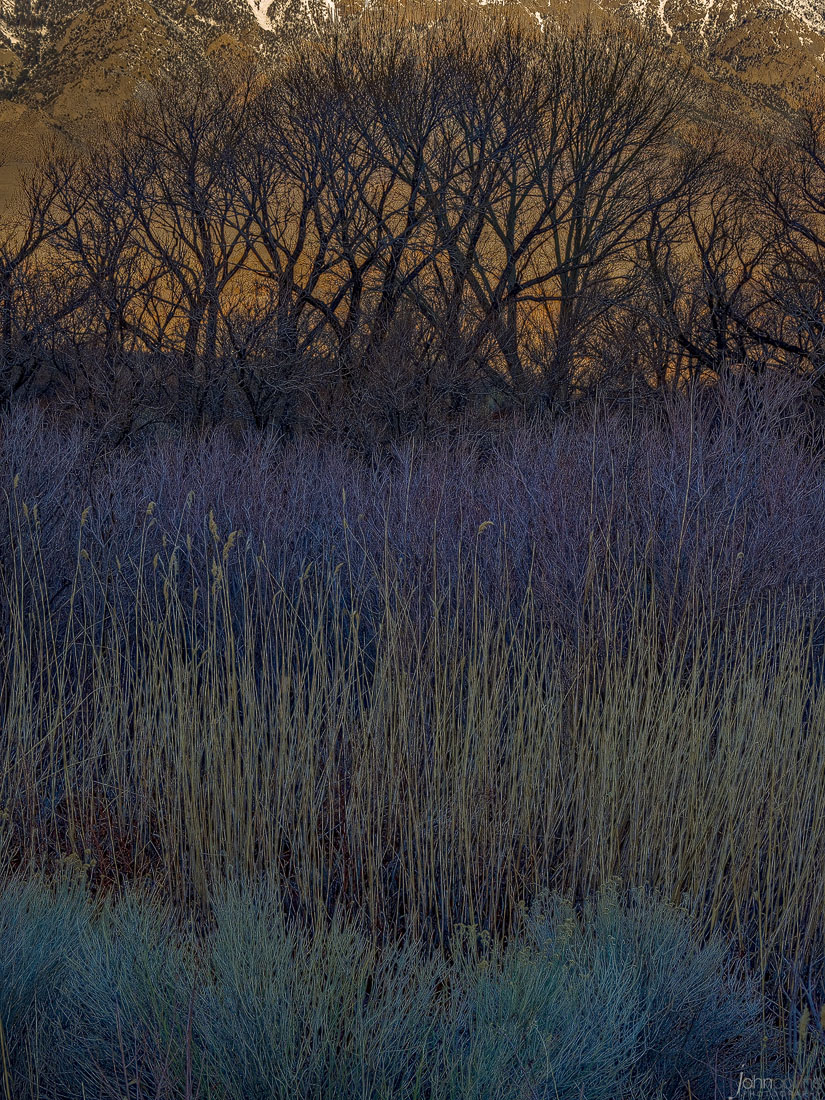 I was also pleasantly surprised how low the image noise is at higher ISO’s – in this case, for night sky shooting. Typically, I shoot these at ISO 6400, F2 .8 and 15 seconds. Using the Olympus 8mm F1.8Pro lens, I was able to use ISO 3200 and get really clean images of the night sky and Milky Way.

The only downside I found in using this camera for landscape work, was using the camera in very cold weather – the four-way trackpad and button on the rear of the camera was difficult to use with a gloved hand. The improved electronic viewfinder is really excellent and I used this most of the time, although I did find the articulating rear LCD screen also extremely useful for more unusual angles or very low camera positions.

Overall, I am hugely impressed with this camera system which will become my primary photographic tool for the foreseeable future. It is a truly professional grade camera body, being fully weather-sealed and I was not concerned about using the camera in challenging environments such as rain or blowing sand.

The more I use the Micro 4/3 system, the more I like the 4:3 aspect ratio, especially for vertical compositions. For landscape photography, the Olympus OMD E-M Mark II, combined with the Olympus 7-14mmF2 .8 Pro lens is a superb combination.

Recently, specialist filter manufacturers have made it possible to use neutral density, polariser or graduated filters on this wide-angle lens. This was the lens that I used most on this trip. For a standard, all-round zoom, the recently introduced Olympus 12-100 mmF4 Pro lens is really good, though a little long and heavy for my liking, on such a small body. However, to have the equivalent range of 24mm to 200mm (35mm equivalent) and have such serious optical quality and image stabilisation is pretty unbelievable.

Another favourite lens for more distant landscapes is the Olympus 40-150 mm F2 .8 Pro, which I also used extensively with the MC 1.4 X teleconverter. The latter really does not reduce the image quality significantly, although I like to stop down an extra stop to be safe.

A final consideration would be what “dream” lenses could Olympus develop? I think a super-wide fast prime (e.g. for night sky), perhaps a 12mm F1.4 or F1.2; and a tilt–shift lens would make my Nikon full frame system pretty much unemployed (even though there is keystone correction in the software of the camera, the image delivered is a JPEG and not a RAW file).

One or two other thoughts specific to landscape shooting are: the live bulb/time/composite shutter speed setting – this is a really nice idea for long exposures where the image builds on the LCD screen, not unlike a print developing in a darkroom tray, along with a histogram. However, I found this somewhat limited for a night sky work, as the maximum ISO with which this works is 1600. I also found having custom banks (C1-3) really useful, given that these cameras are so customisable. Having a base camp to return to that holds a range of favoured settings, makes it quicker to refine technical considerations quickly in rapidly changing lighting conditions.

Finally, another huge improvement over the original E-M1 is battery life. I never had to change a battery during a day’s shooting, although I always kept one spare. As you can gather, mine is a hugely positive overall impression after a week of extensive use, particularly given my lifelong 35mm/full frame and DX camera use and an early E-M1 adopter. The form factor and handling of this camera are simply unbeatable and it delivers unquestionable professional-grade results. The lenses are outstanding and the camera is built to take the elements when outdoors in all weathers that crazy landscape photographers go out in.

Here is a practical example of the dynamic range:

John Collins is a passionate Landscape and Underwater photographer from Kinsale, Ireland. His book, ‘Cool Waters|Emerald Seas’ (Atrium 2006), has been critically acclaimed as a wonderful celebration of the marine life in temperate seas.

Photos around the world with Mark (II)