On the 31st January 2017, I had seen the Aurora Borealis report showed a strong possibility of them being visible over Bergen, with this in mind I set off to a few locations and managed to capture a few shots of the Aurora. Whilst up on Montana (a small area on the side of Ulriken Mountain) I had an idea of creating a zoomed Panoramic shot of the city.
I had with me my trusty OM-D E-M10 Mark II, a few lenses including the Olympus 75-300mm Mark II, which I used for the Panoramic shot. The Aurora shots were taken with the 12mm f2 Samyang lens and my Sirui Tripod.
I met a student whilst capturing the Northern Lights, it was funny as he’d never seen them before. During the 2-hour shoot on Montana I managed some shots I was very happy with, and on my return, I sat up another hour or so browsing the night’s outing.
I’ve always enjoyed capturing images which others have not, seeing so many shots from Fløyen, Ulriken and the surroundings I wanted to capture an angle which hasn’t been done. So with this in mind I revisited Montana and a small enclosure just above the viewing point, this view is stunning day or night, having captured numerous sunsets this was to be my first panoramic of the city from this location.
How I captured the Panoramic
Placing the camera on my tripod, I started taking a series of shots covering the sky and the top of the cityscape, sweeping across from right to left until I’d captured 11 frames, tilting the tripod down I repeated the process with the lower portion of the city moving the camera and taking a shot always overlapping a portion of the previous frame. In total I took over 20 frames, I used only 16 of them to create the Panoramic.
Each frame was shot at f8, 5s-10s, 85mm and ISO 200.
Stitching the images together
Once I’d imported the images into Lightroom I examined them to ensure sharpness and clarity after I had browsed the 18 frames I highlighted all of them and right-clicked and selected Photo Merge, Panorama (Perspective) and let Lightroom process the image. After a short while, a preview was generated. I accepted the preview and Lightroom generated a DNG merged image which was auto cropped cutting out areas that had dead space.
Processing the image
Within Lightroom, I did some minor adjustments. The settings are as follows:
These were the only changes done within Lightroom. I saved the image as a TIFF 16 Bit (439 MB) image which I then ran through Neatimage (an amazing FREE noise reduction software). I have the paid version as I sometimes like to save out again into TIFF but the FREE version is every bit as good if a little limited in terms of manual control.
The saved Jpeg imaged with noise reduction was 77MB in size, and about 65 megapixels (20734 pixels wide by 3178 pixels high). 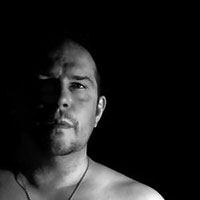 “I’ve been sharing my photography for around 6 years now. I enjoy all kinds of photography: macro, landscape, astro, street, you name it! Having ad several images published and acknowledged, even prizes, I began to invest in a system, that system is MFT and Olympus cameras E-PL7, OM-D E-M10 Mark II and the E-M1 Mark II.”

"I’ve been sharing my photography for around 6 years now. I enjoy all kinds of photography: macro, landscape, astro, street, you name it! Having ad several images published and acknowledged, even prizes, I began to invest in a system, that system is MFT and Olympus cameras E-PL7, OM-D E-M10 Mark II and the E-M1 Mark II."

Traveling with Henri From Helsinki

Posted on November 25, 2020November 26, 2020by Henri Kallio
Hi there, I’m Henri Kallio from Helsinki, Finland. Known as Henri From Helsinki, a passionate photographer and world traveller. As long as I remember I have been into photography,…
END_OF_DOCUMENT_TOKEN_TO_BE_REPLACED
Categories INSPIRATION

Time for a stable world

Posted on November 3, 2020November 2, 2020by Fernando Gainzarain
Passionate about photography, it really became my number one hobby 5 years ago. Uruguayan born and Spanish raised (with some significant time spent in France, Belgium, US,..) stil…
END_OF_DOCUMENT_TOKEN_TO_BE_REPLACED
Categories INSPIRATION

Posted on December 17, 2020December 15, 2020by Fernando Rui Pinto Varejão
Hello everyone, my name is Fernando, I'm 48 years old and I'm from Amarante, a small but beautiful city in the North of Portugal. I work in the city of Porto, which is about 60 km…
END_OF_DOCUMENT_TOKEN_TO_BE_REPLACED
Categories INSPIRATION

Posted on October 20, 2020October 19, 2020by Jim Chung
I live in Toronto with my family and divide my time working as a health professional and as a professional sports photographer and writer. Like most people, I began by shooting fa…
END_OF_DOCUMENT_TOKEN_TO_BE_REPLACED