It’s fair to say that I’m a little bit of an Olympus PEN expert. I recently posted about my Olympus PEN E-PL1, which I bought way back in 2010 and fell in love with. Over time I formed a relationship with Olympus, and as such, have used many variants of the PEN range.

After the E-PL1, also used an E-PM2 for a while before working with Olympus in 2012 on some tutorial videos for the E-PL5, filmed in Hamburg, Germany, and translated for multiple languages.

In mid 2013, I started using the Olympus PEN E-P5, for both personal work, social media, and increasingly professional work. I also started experimenting with video more. 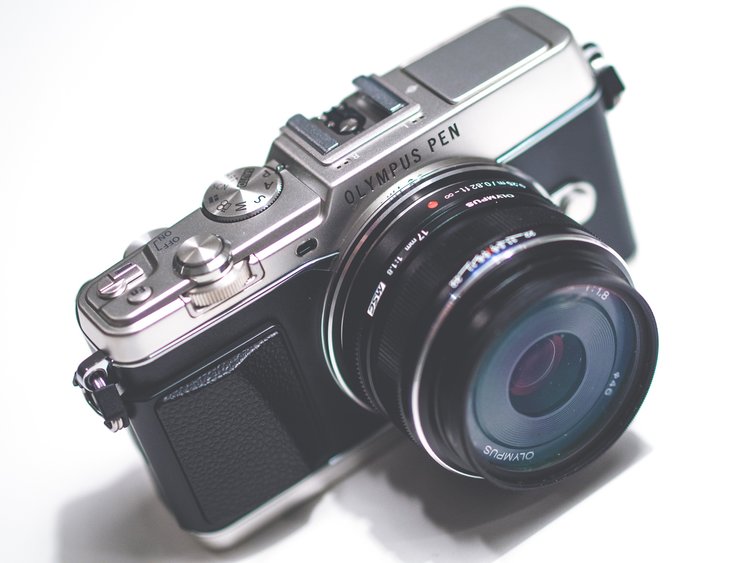 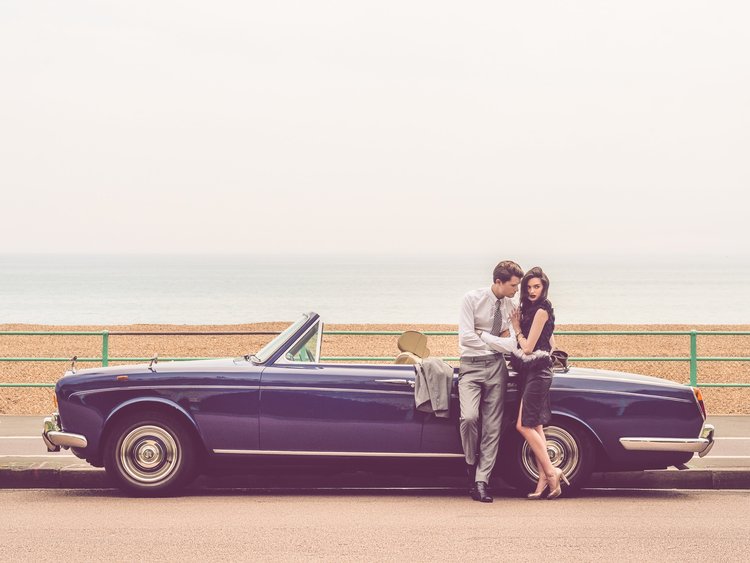 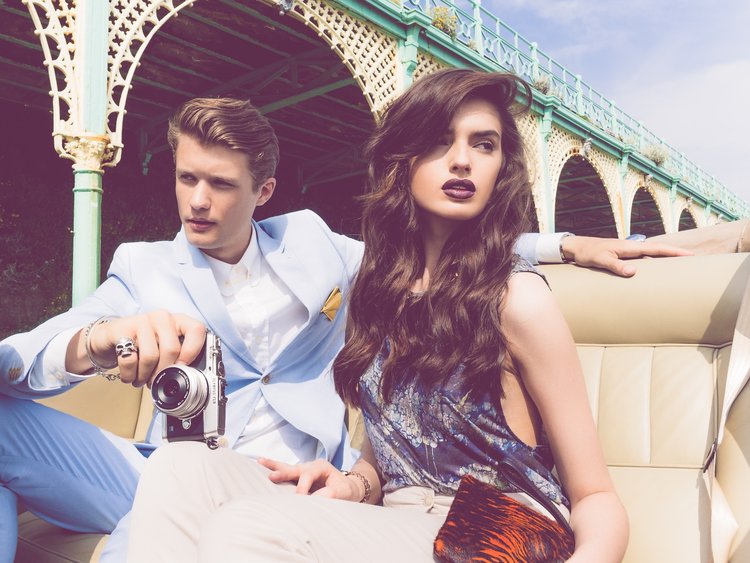 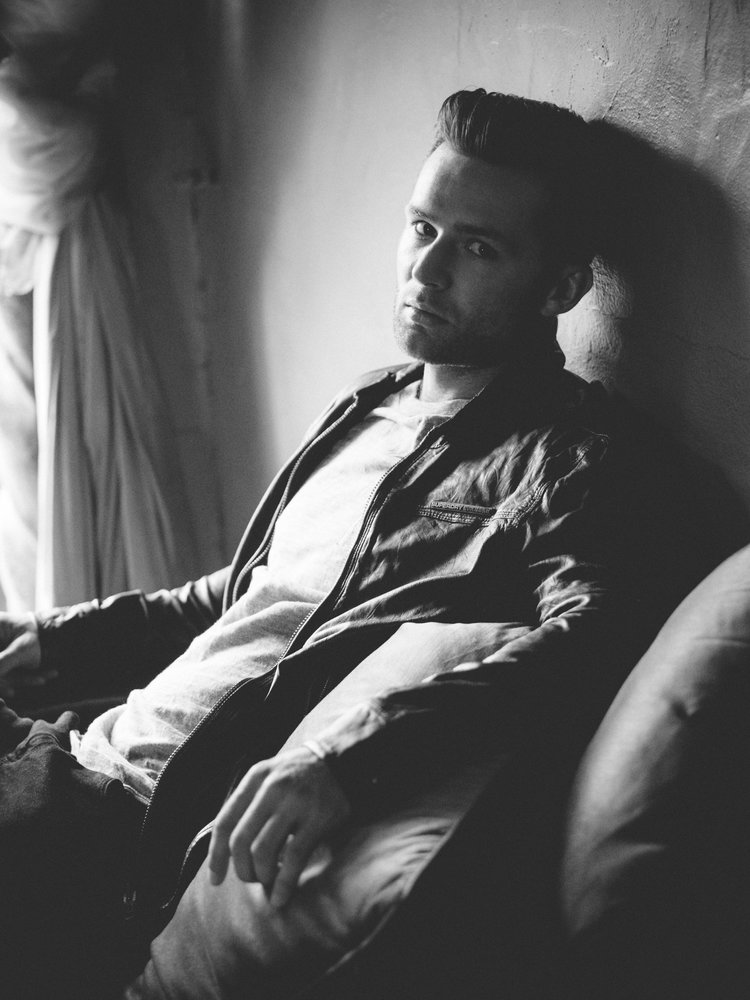 2013 was a busy year which also saw me work on a collaboration with artist SUZKO and Harrods on a creative project with the E-P5 and a custom painted camera and Vespa kit, which was sold in Harrods for £16000. 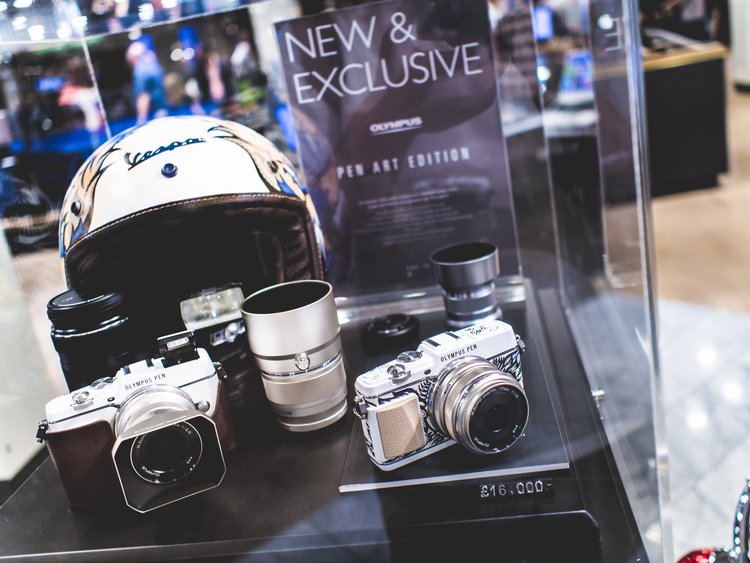 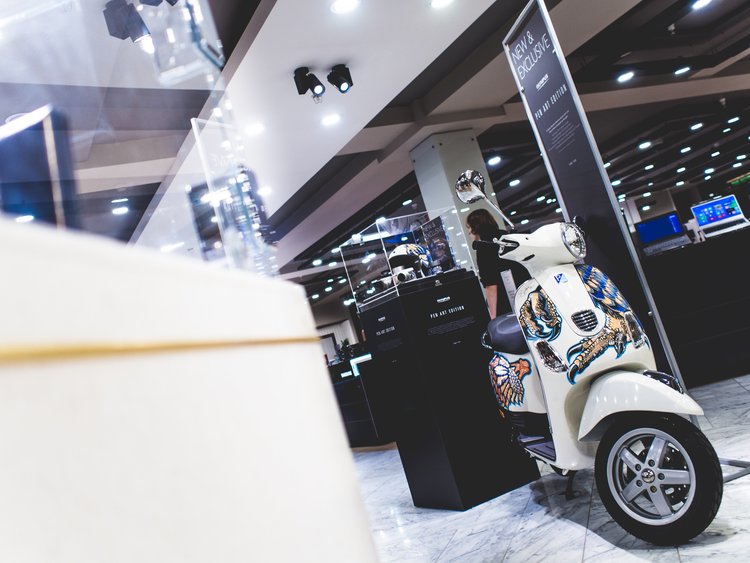 Olympus launched the E-PL7 in 2014 and with its built-in WiFi, and colourway options, it became the go-to camera for bloggers. The upshot of this is that I started working more and more with bloggers, both photographing them and doing workshops on how to get the best out of their Olympus PEN cameras and lenses. 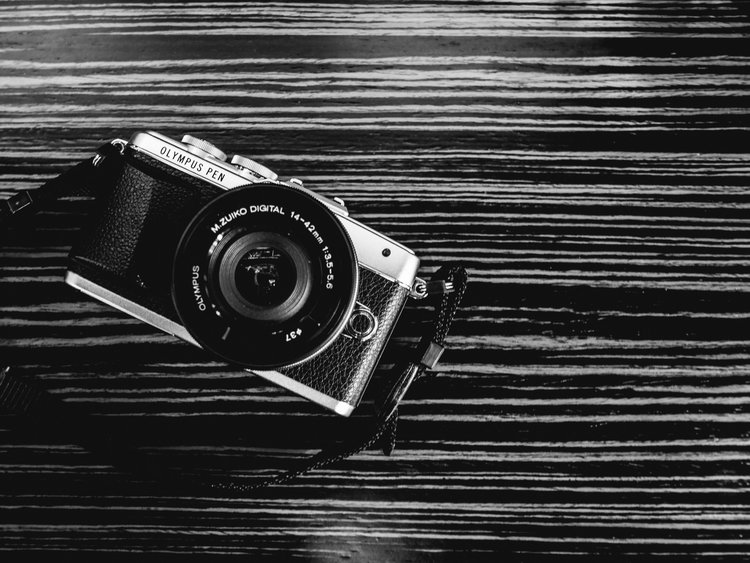 Two years later and the E-PL7 was superceeded by the E-PL8. This was mostly a refresh of the slightly dated looking E-PL7, with only a few minor feature upgrades, although it did come in a tan colour, which I loved.

Before the launch, I shot several promotional images for the camera and the new range of fashion accessories to go alongside it. 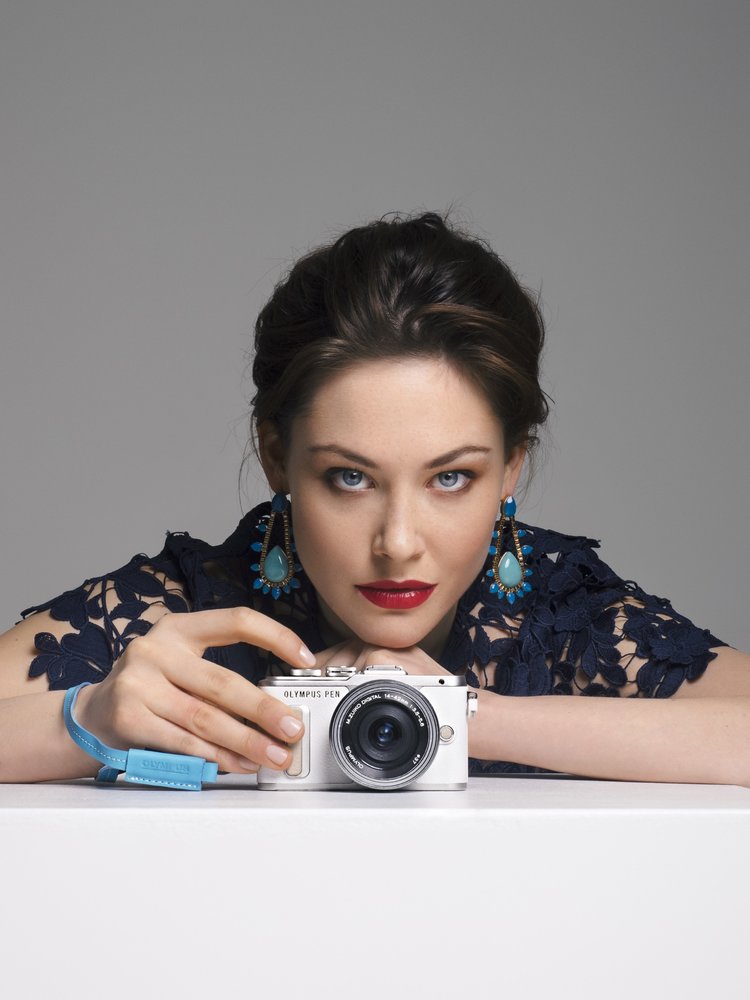 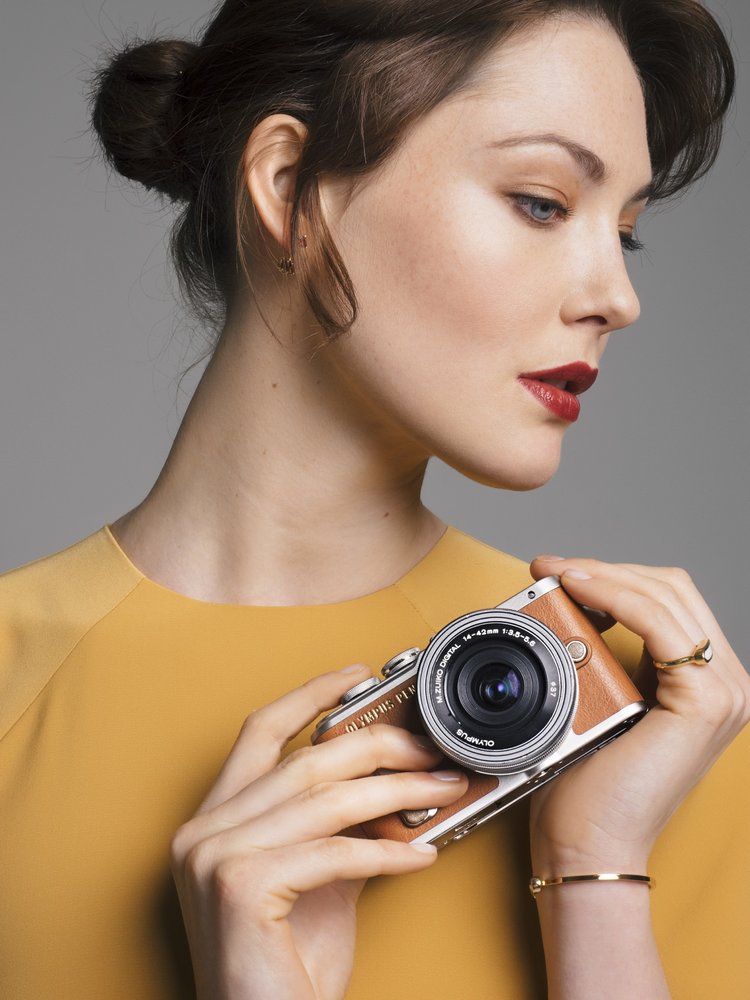 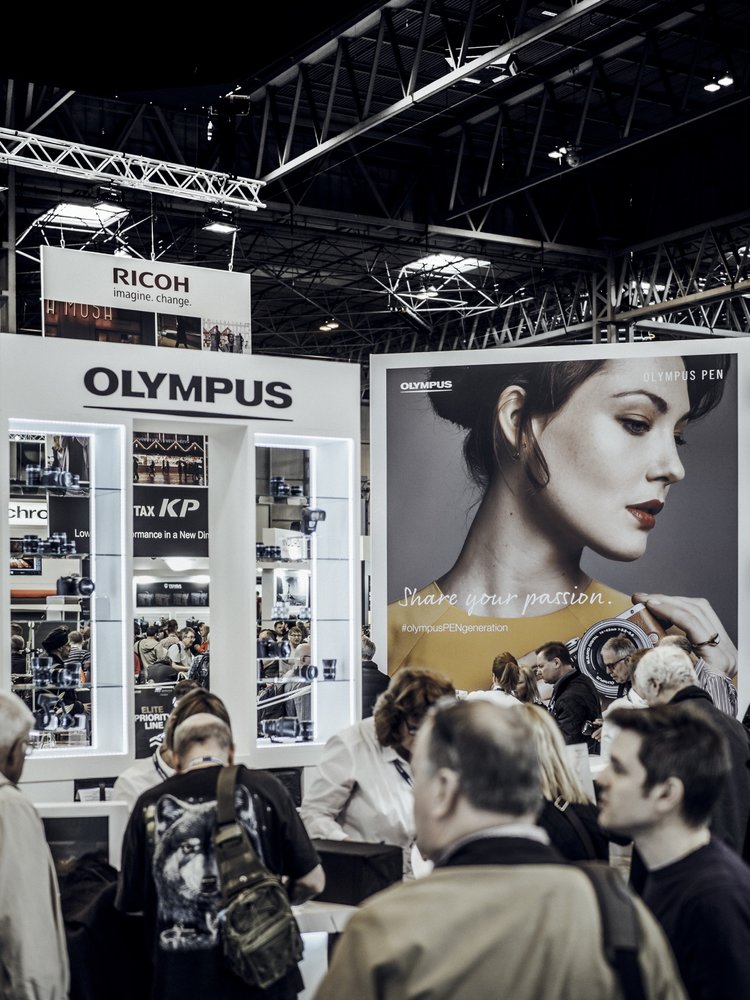 The launch itself took place at Nikki Beach resort in Greece with around 100 bloggers from all over Europe. It was an epic trip, although I think I averaged a little over an hours sleep per night, which pretty much broke me!

The 8 continued where the 7 left off, being one of the favourite choices for bloggers of all genres. 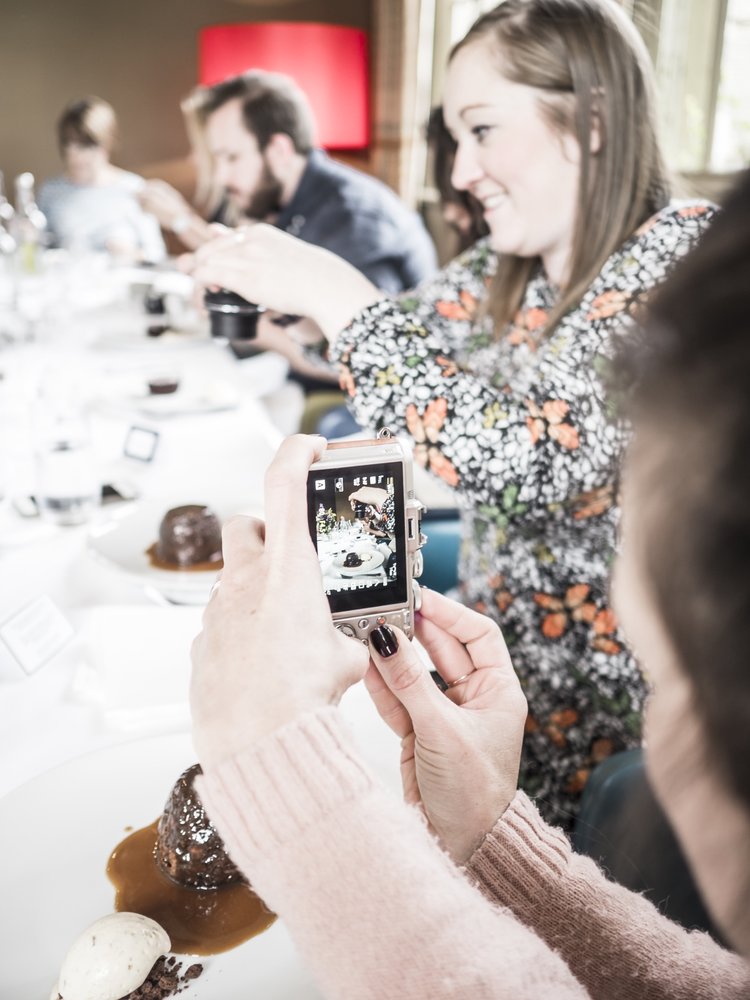 My personal camera of choice is the Olympus PEN-F, and I use it for almost everything. I do use an Olympus OM-D E-M1 Mark II for studio work, and sometimes my E-PL8 if I just want to carry something small.

So I think it’s fair to say I’m familiar with the Olympus PEN range of cameras, and there’s now a new kid on the block!

The Olympus PEN E-PL9 was launched, and I’ve had loads of people wanting to know my opinion on it, so who am I to disappoint? 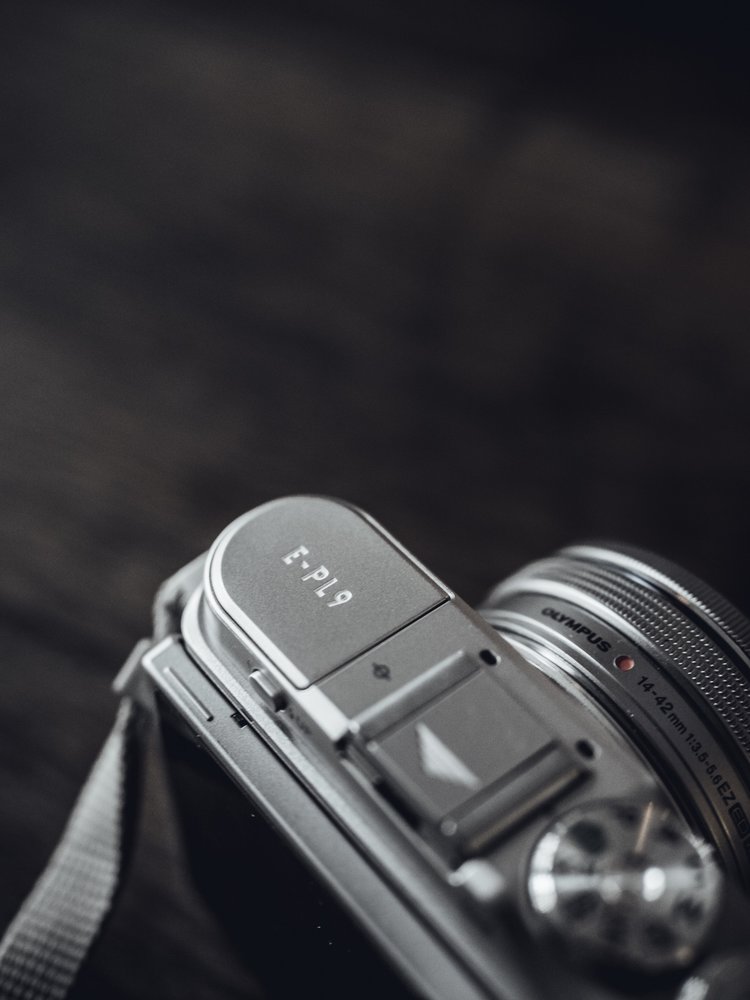 Aesthetically, there’s a clear evolution through the various iterations of the E-PL cameras. I do feel that the E-PL9 has taken the best design aspects of both the 7 and 8 to make what amounts to a very attractive camera. 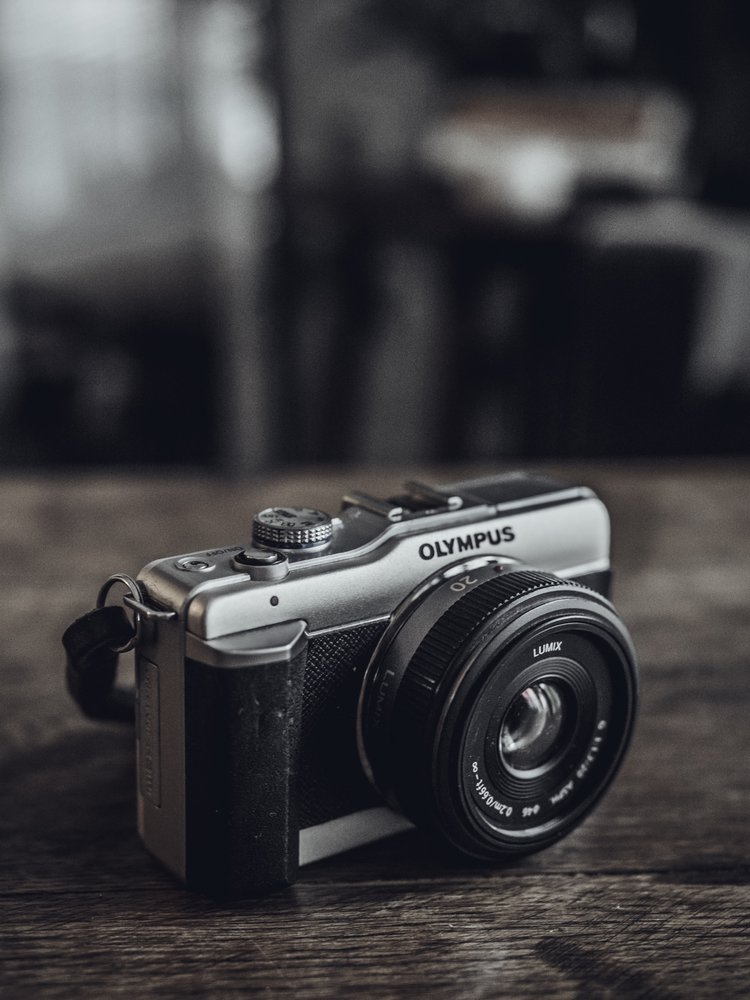 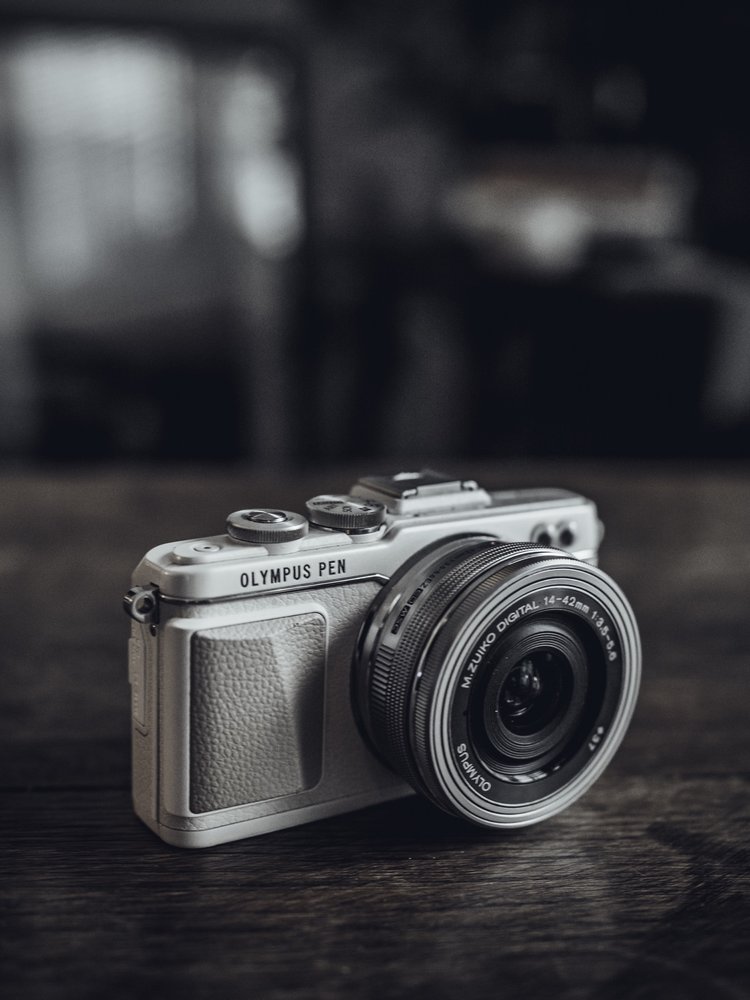 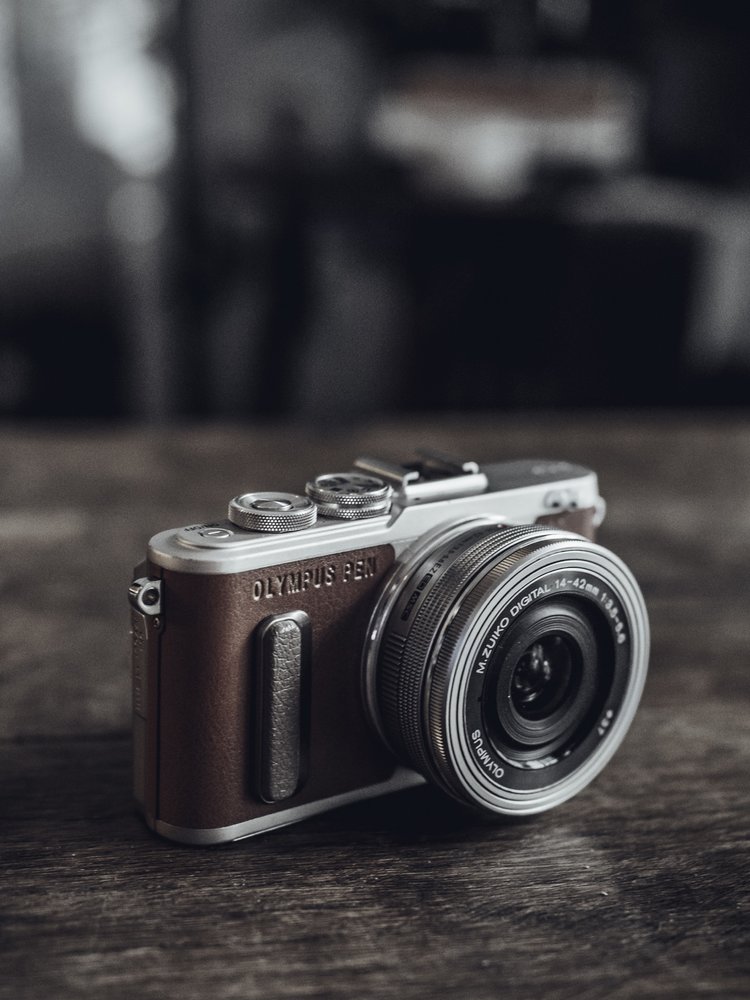 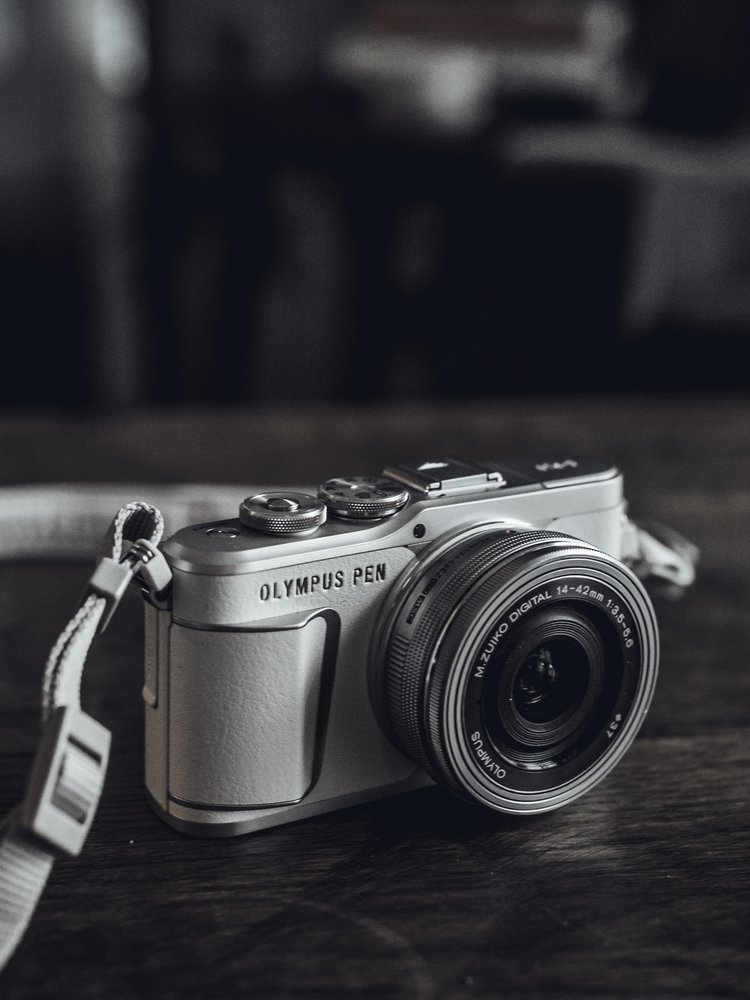 If you’ve had one of the previous models, this camera will feel very familiar when you use it, but there are some notable upgrades.

First up is that it now shoots 4K video. I don’t have a 4K tv or monitor, so I have no idea how this actually displays, but I know it’s becoming an increasingly important feature to a lot of people.

One of the big improvements for me is the processor and image stabilisation from the more expensive Olympus OM-D E-M5 Mark II. This means that images are better quality, but it also has 5 axis image stabilisation rather than the 3 axis that was on previous models. This means you get sharper stills at slower shutter speeds, or much smoother motion if you’re hand-holding for video.

For the more creative people out there, Olympus has added a new feature to the mode dial where they have collated things like multiple exposures, panorama, and live composite settings all into a single place instead of them being buried in menus. 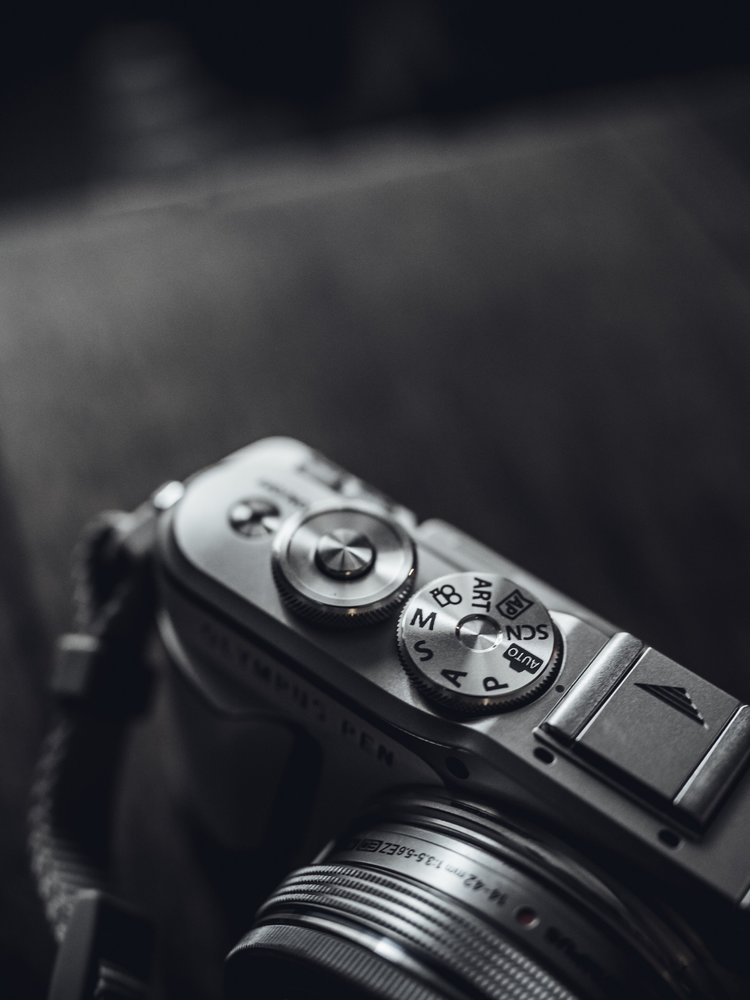 A surprise feature addition for me isn’t actually new to the E-PL range of PEN cameras. They’ve added a pop-up flash! This is something that was on the E-PL1 and E-PL2, but was subsequently dropped from the E-PL3 onwards (there was never an E-PL4, and the E-PL6 was pretty much ignored as it launched in the UK at the same time as the much better E-PL7).

I’m hoping to do some blog posts and workshops on using flash, so with the E-PL9 having one built-in, that makes things far more easily accessible. 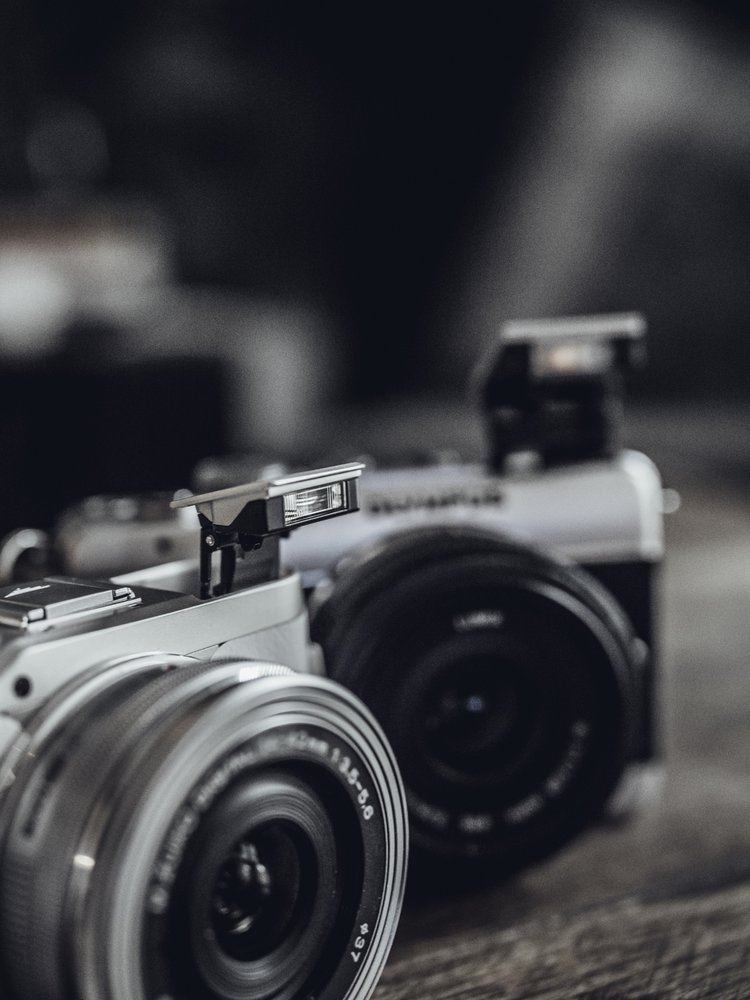 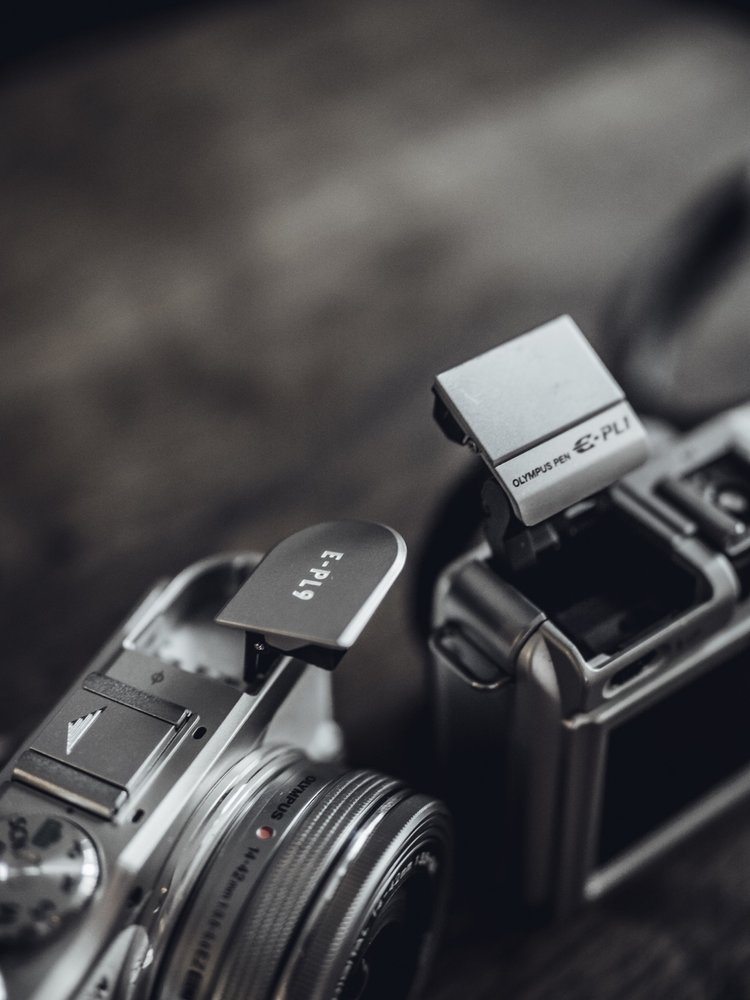 In terms of image quality, most people won’t see too much of a difference compared to the 7 or 8 in the vast majority of situations, especially if you’re only posting to Instagram. I do feel that the E-PL8 is noticeably faster when using the menus or changing settings etc though.

I love the colour tones I get using the camera, and even using jpegs I like the results. I still prefer to shoot raw, but it always takes time before Adobe release updates for new cameras.

There’s a couple of new art filters for if those are your thing (I prefer to edit after). The Bleach Bypass one, in particular, is weirdly similar to how I edit for Instagram haha.

In summary, the E-PL9 is an awesome camera and a decent upgrade on previous models. It’s hard to tell you whether you definitely need to buy it or not, because that’s down to your personal situation. I always recommend investing in lenses first anyway. If you are looking to upgrade or replace your older Olympus PEN, the E-PL9 won’t disappoint!

Here’s a little extra of me talking to Camera Jabber about the new Olympus PEN E-PL9 at a press launch.

Based in East London, British fashion and portrait photographer Jay McLaughlin has always had a keen interest in photography. Initially choosing to study graphic design, his interest in photography dominated and as a result heavily influenced the direction of his design portfolio. Eventually pursuing photography outright, within six months he had secured his first magazine cover and within a year he was shooting for national magazines. His work has since been published internationally and has worked with clients such as Harper’s Bazaar, TopShop, Olympus, and Vogue.
As well as being a successful photographer, McLaughlin has also conducted photographic seminars and workshops, and been on the judging panels for the Hasselblad Masters and Scottish Fashion Awards.

Based in East London, British fashion and portrait photographer Jay McLaughlin has always had a keen interest in photography. Initially choosing to study graphic design, his interest in photography dominated and as a result heavily influenced the direction of his design portfolio. Eventually pursuing photography outright, within six months he had secured his first magazine cover and within a year he was shooting for national magazines. His work has since been published internationally and has worked with clients such as Harper’s Bazaar, TopShop, Olympus, and Vogue. As well as being a successful photographer, McLaughlin has also conducted photographic seminars and workshops, and been on the judging panels for the Hasselblad Masters and Scottish Fashion Awards.

Posted on July 15, 2020July 27, 2020by Thomas Eisl
INTRODUCTION Street photography is a demanding genre – both for the photographer and the camera. For years, I worked exclusively with film cameras. As my professional work star…
END_OF_DOCUMENT_TOKEN_TO_BE_REPLACED
Categories REVIEWS

Posted on December 30, 2019June 9, 2020by Jamie Goldsworthy
Creeping through the undergrowth, ferns brushing the front of my camera, dirt crunching under my feet, stalking, holding my breath… and I have my shot of a tree shooting out of the…
END_OF_DOCUMENT_TOKEN_TO_BE_REPLACED
Categories REVIEWS

Posted on June 18, 2019June 18, 2019by Renato Valenzuela Jr
Let's get things straight: I am not a fanboy. I hold no allegiance to any particular brand though I do have affinities for some. If anything I'm a Nikon apologist. I celebrated the…
END_OF_DOCUMENT_TOKEN_TO_BE_REPLACED
Categories REVIEWS

Posted on December 5, 2018December 5, 2018by Hugo Pinho
A few months ago I had the chance to review the M1a Mirrorless camera strap from Simplr. I really enjoyed it and have been using it a lot since then. But how can something good get…
END_OF_DOCUMENT_TOKEN_TO_BE_REPLACED